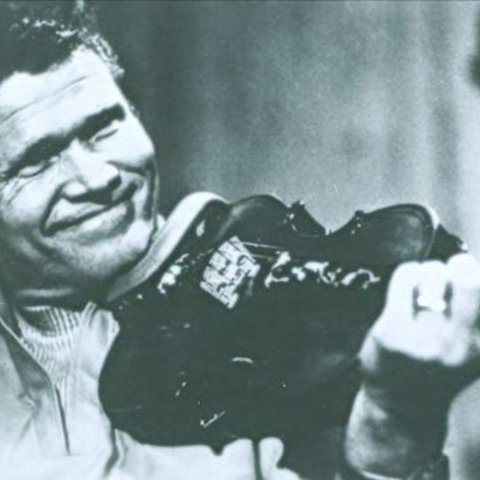 Combining jazz with country, Vassar Clements became one of the most distinctive, inventive, and popular fiddlers in bluegrass music. Clements first came to prominence as a member of Bill Monroe's band in the early '50s, but he never limited himself to traditional bluegrass. Over the next four decades, he distinguished himself by incorporating a number of different genres into his style. In the process, he became not only one of the most respected fiddlers in bluegrass, he also became a sought-after session musician, playing with artists as diverse as the Monkees, Hank Williams, Paul McCartney, Michelle Shocked, Vince Gill, and Bonnie Raitt.

Clements taught himself to play fiddle at the age of seven. Soon afterward, he formed a band with two of his cousins. By the time he was 21, Clements' skills were impressive enough to attract the attention of Bill Monroe. Monroe hired the young fiddler and Clements appeared on the Grand Ole Opry with the mandolinist in 1949. The following year, the fiddler recorded his first session with Monroe.

For the next six years, Clements stayed with Monroe's band, occasionally leaving for brief periods of time. In 1957 he joined Jim & Jesse's Virginia Boys, and stayed with the band for the next four years. In the early '60s Clements was sidelined for a while as he suffered from alcoholism. By the end of the '60s he had rehabilitated, and he returned to playing in 1967. That year he moved to Nashville and began playing the tenor banjo at a residency at the Dixieland Landing Club. In 1969 he toured with Faron Young and joined John Hartford's Dobrolic Plectorial Society. The band only lasted ten months, and after its breakup Clements joined the Earl Scruggs Revue; he stayed with that band for a year.

Clements began playing sessions in 1971, appearing on albums by Steve Goodman, Gordon Lightfoot, David Bromberg, J.J. Cale, and Mike Audridge over the next two years. In 1972 he was featured on the Nitty Gritty Dirt Band's hit album Will the Circle Be Unbroken, which helped establish him as a country and bluegrass star. Clements capitalized on the record's popularity in 1973, when he released his first solo album, Crossing the Catskills, on Rounder Records and began touring the festival and college circuits. That same year, he appeared on a number of albums, including the Grateful Dead's Wake of the Flood, Jimmy Buffett's A White Sport Coat and a Pink Crustacean, and Mickey Newbury's Heaven Help the Child.

In 1974, Clements signed a record contract with Mercury Records, releasing two albums for the label — Vassar Clements and Superbow — the following year. That same year, he appeared in the bluegrass supergroup Old & in the Way, which also featured Jerry Garcia, David Grisman, Peter Rowan, and John Kahn. He also had a cameo role in Robert Altman's film Nashville in 1975. In 1977, Clements released two albums for two different labels — The Vassar Clements Band on MCA Records and The Bluegrass Session on Flying Fish. It would be four years before he released another solo album. During that time, he toured constantly and appeared on numerous albums. Clements reappeared in 1981 with Hillbilly Rides Again and Vassar, which were both released on Flying Fish.

During the '80s and '90s, Clements continued to record sporadically, but he cut numerous sessions for other artists and played numerous concerts every year. In 1995, Clements reunited with Old & in the Way, which released That High Lonesome Sound in 1996. The solo Back Porch Swing followed three years later; Full Circle appeared in spring 2001. In 2004 he released Livin' With the Blues, his first blues-based album. ~ Stephen Thomas Erlewine

To Love and Live Together (feat. Jerry Garcia & Vassar Clements)

Livin' With The Blues 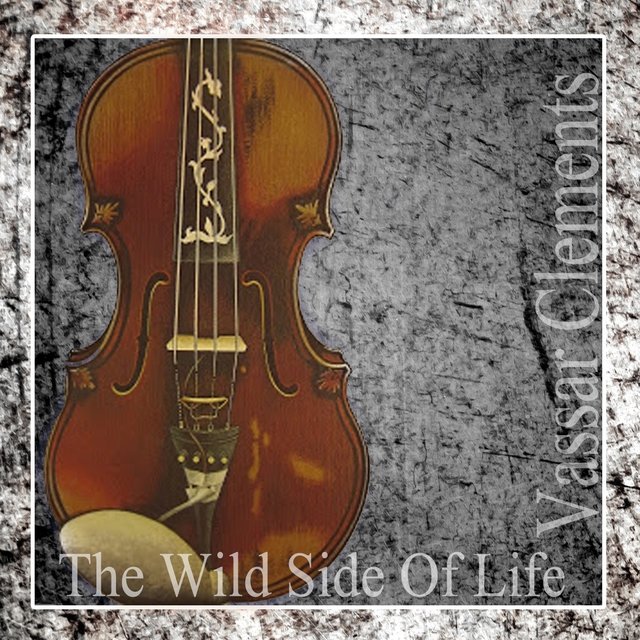 The Wild Side of Life
Vassar Clements 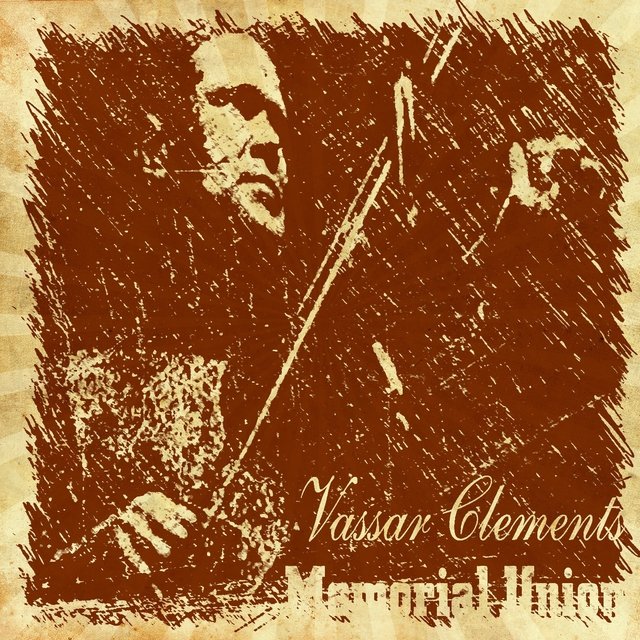 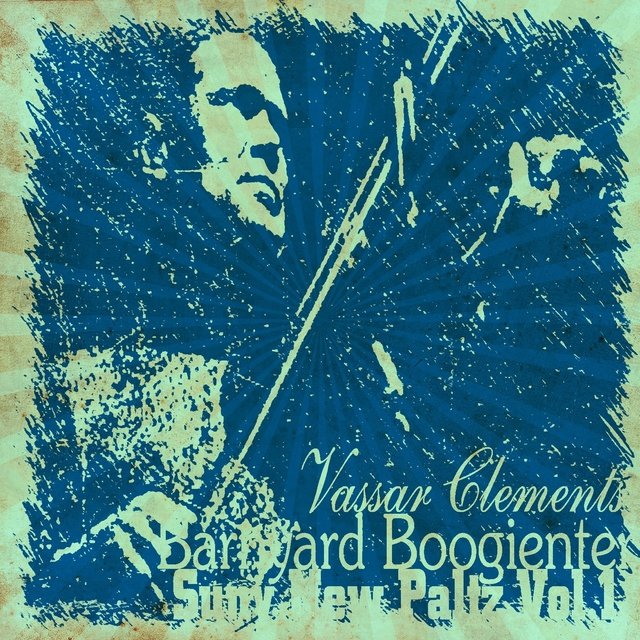 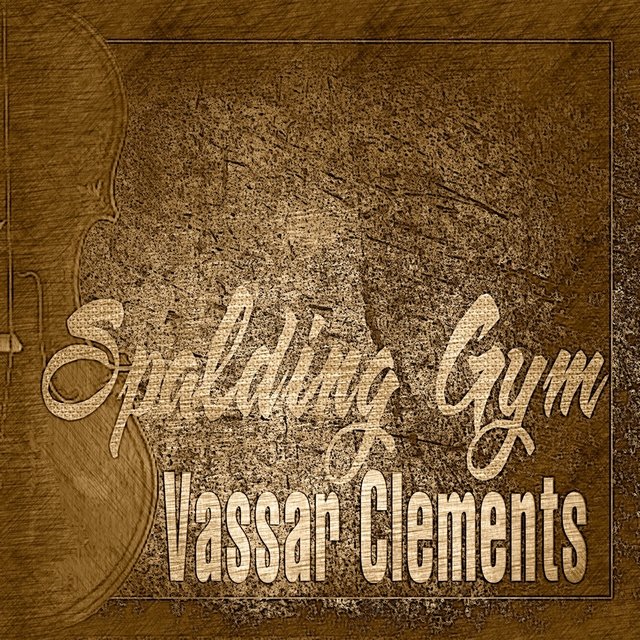 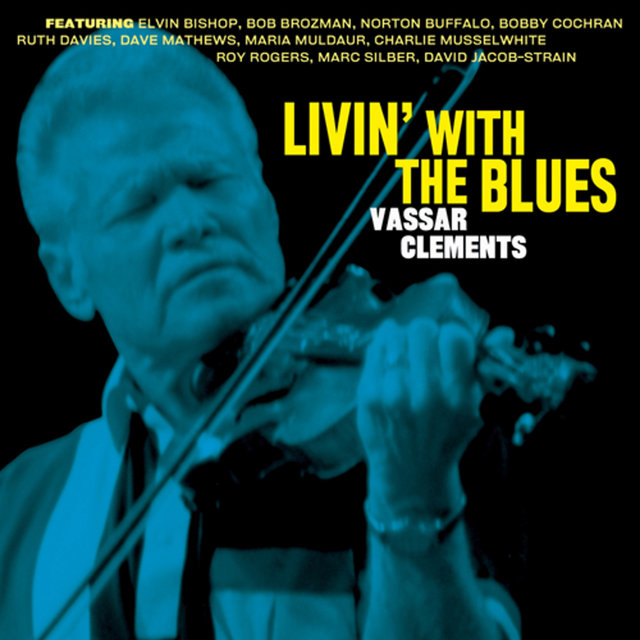 Livin' With The Blues
Vassar Clements 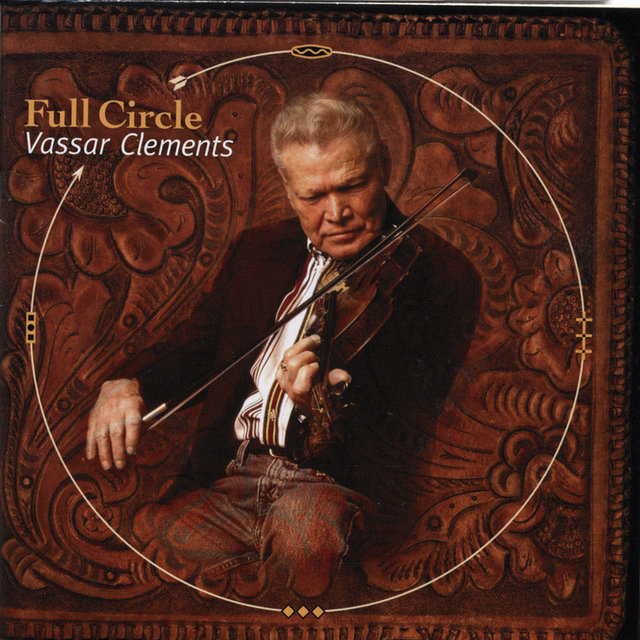 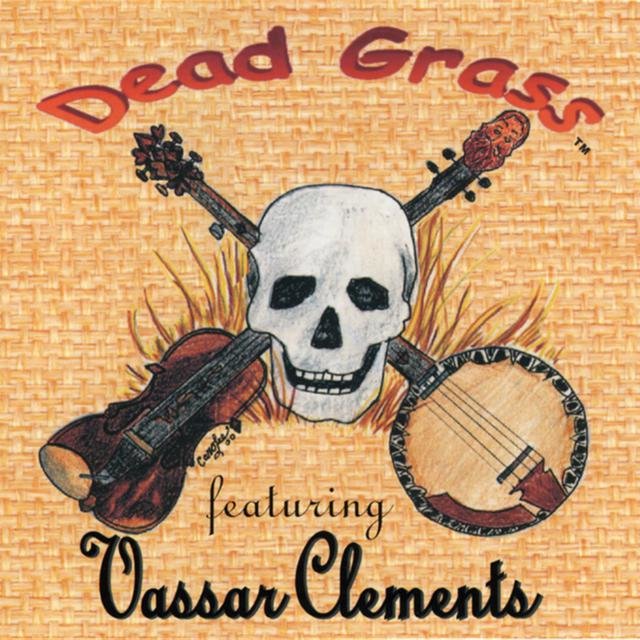 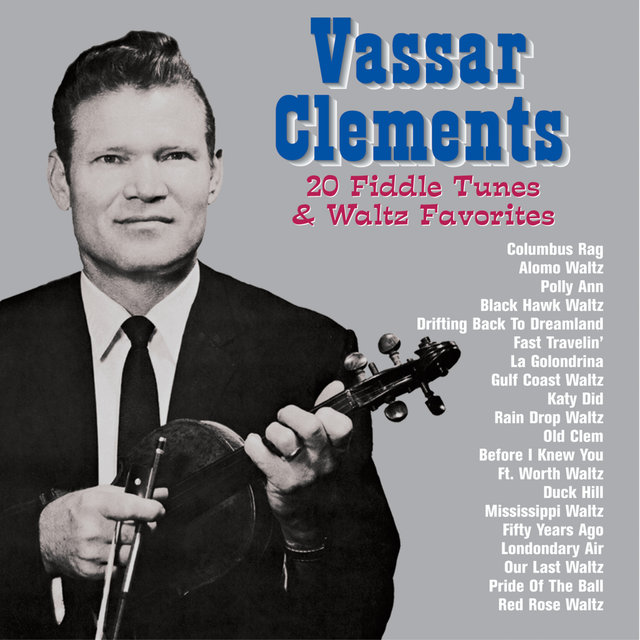 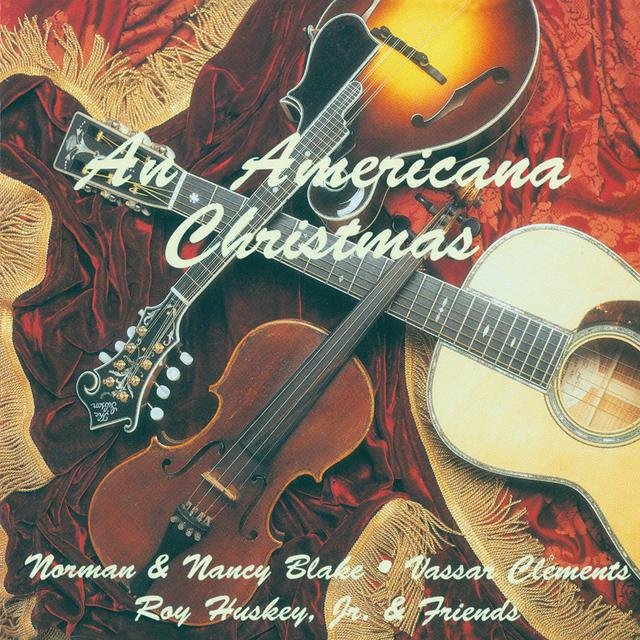 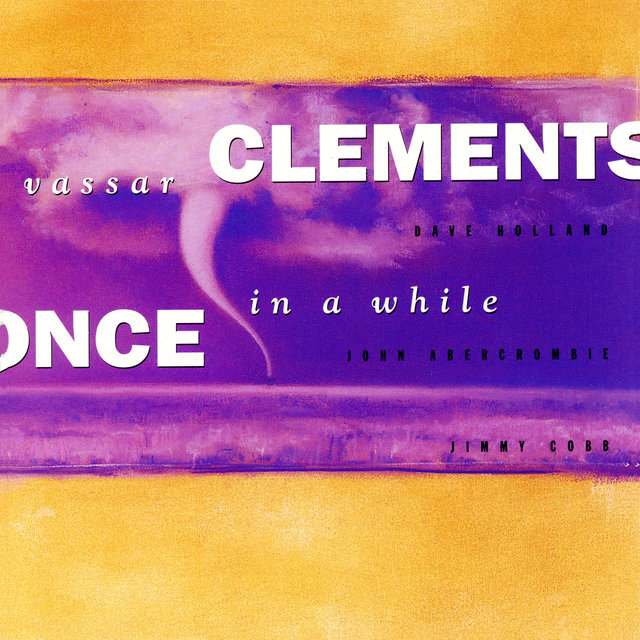 Once In A While
Vassar Clements 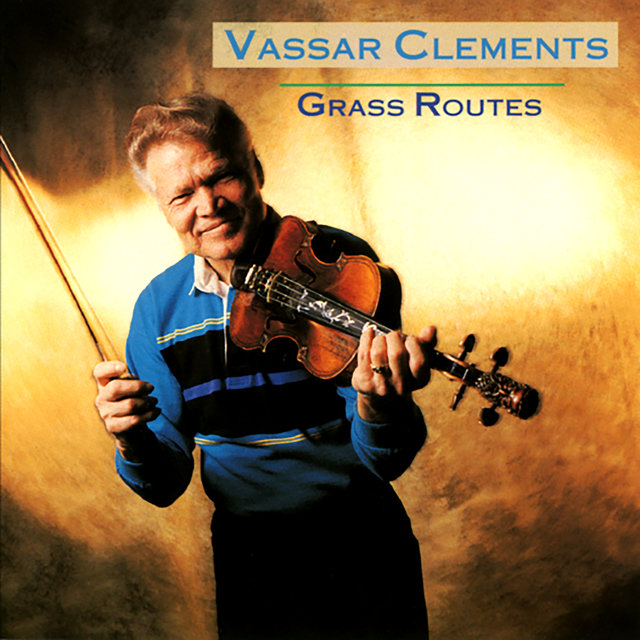 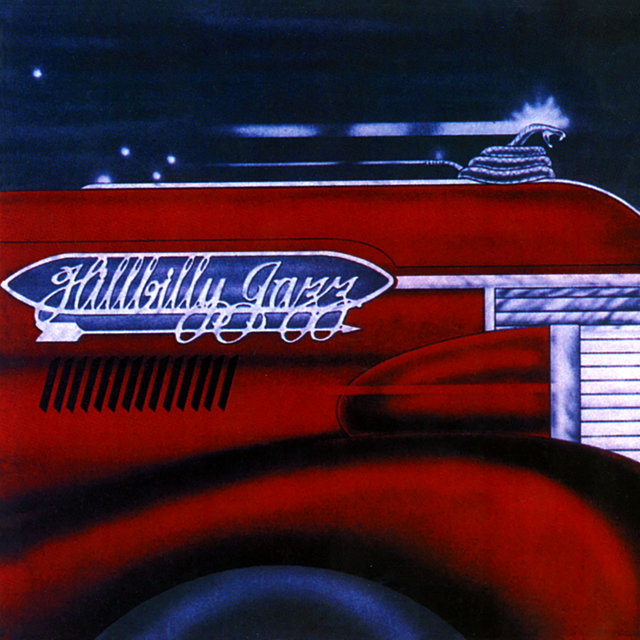 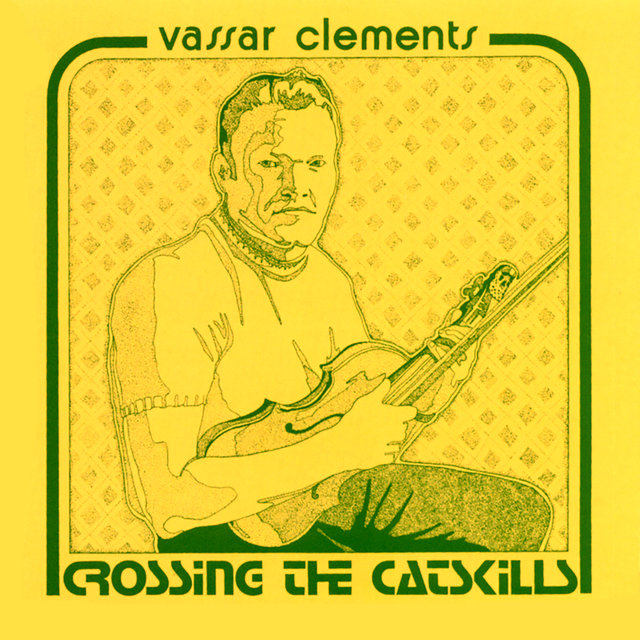 Eyes of the World