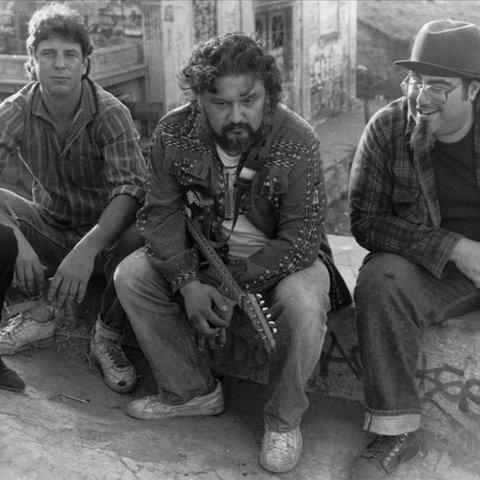 One of the more interesting cult rock figures of the '80s was blues-rock singer Top Jimmy. Although he earned accolades from such renowned outfits as X and Van Halen, Jimmy's popularity never spread outside of Los Angeles, making him something of a local legend. Born James Koncek during 1954 in Louisville, KY, Jimmy grew up in Southern California before eventually relocating to Hollywood to launch a music career. It was during the late '70s that Jimmy began to make a name for himself with his hot blues style, as he became aligned with the area's burgeoning punk scene (he'd been longtime friends with X guitarist Billy Zoom). Jimmy's popularity with punks also quickly grew when he would sneak free burritos to penniless musicians from his taco stand, Top Taco on La Brea. He also quickly developed a reputation for his hard-living lifestyle, which spilled over into his band, Top Jimmy & the Rhythm Pigs, who made it a point to drink as much as possible during performances. Despite the alcohol abuse, Jimmy was still able to build a sizeable regional following during the late '70s/early '80s, but unfortunately, he was never able to issue a recording during this era.

The group became one of L.A.'s must-see live acts, as they mixed originals with covers of Jimi Hendrix, Merle Haggard, Bob Dylan, Otis Rush, and Howlin' Wolf, while such distinguished guests as Tom Waits, David Lee Roth, Maria McKee, and his pals from X and the Blasters would join the group on-stage. Jimmy's name was introduced to rock fans worldwide when Van Halen recorded a tribute to the performer on their mega-hit 1984 album (the appropriately titled song "Top Jimmy"), which led to the release of the Rhythm Pigs' debut recording, Pigus Drunkus Maximus, in 1987. Shortly after the album's release, however, the group split up, as Jimmy relocated to Las Vegas to try and clean up his act. Not much was heard from the singer during this time, as his only appearances on record consisted of brief spots on compilation albums (1989's Only 39,999,999 Behind Thriller and 1990's L.A. Ya Ya). Jimmy's health continued to deteriorate throughout the '90s, a decade that saw the cult icon manage to issue a sophomore recording, The Good Times Are Killing Me, in 1998. The album's title proved to be sadly prophetic for Jimmy, as he died from liver failure in Las Vegas on May 17, 2001, at the age of 46. ~ Greg Prato

Hole In My Pocket

Why You Break My Drink 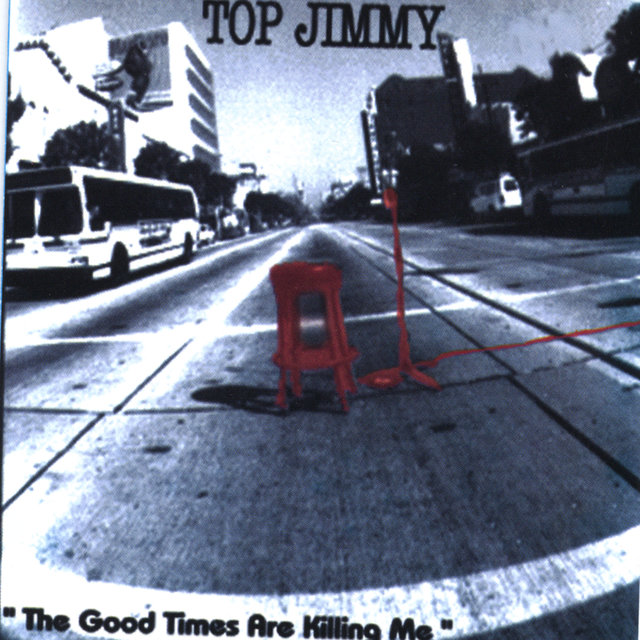 The Good Times Are Killing Me
Top Jimmy