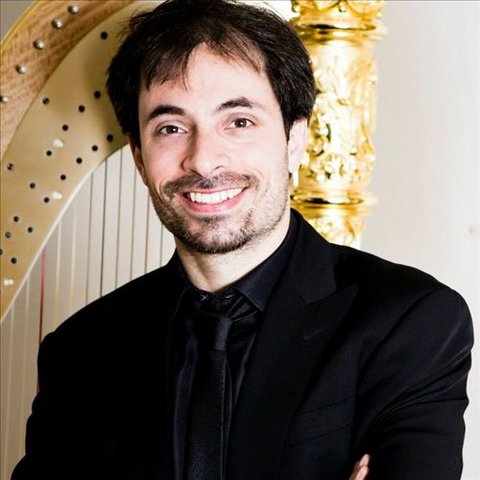 Harpist Sivan Magen enjoys exploring the capabilities of his instrument and showing many more aspects of its sound than most audiences are used to hearing. "...just the slightest variation in how you pluck the string creates a different soundscape," he has said.

Magen wanted to play the harp at a young age, even though it was impractical, and has said it might have been his way of rebelling against his parents, both of whom were professional cellists. He began learning piano at the Jerusalem Academy for Music and Dance, taking up harp when it became physically manageable for him. Magen has said that he knew it really was the instrument for him when he got on a plane the day after finishing his compulsory military service to begin studying in Paris. He studied with Germaine Lorenzini, then with Isabelle Moretti at the Paris Conservatoire. He then moved to New York to study at Juilliard with Nancy Allen. In 2006, Magen became the first Israeli to win the International Harp Contest in Israel in its 47-year history. His prize was a new Lyon & Healy harp, the first harp he himself owned. Magen spent a formative four years attending the Marlboro Music Festival, where he met many of the musicians with whom he collaborates. Two of these were violist Kim Kashkashian and flutist Marina Piccinini; together the three are the ensemble Tre Voci, which released a self-titled album on ECM in 2014. Magen released his first solo album, Fantasien, that same year on the Linn label. That release was celebrated by an invitation to perform and the commissioning of a new work — ribboned/braided/spun by Sean Shepherd — by Carnegie Hall. While he continues an active performance schedule, Magen is also on the faculty of the Brooklyn College Conservatory of Music. 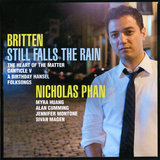 Folksong Arrangements for Voice and Harp: Lord! I Married Me a Wife

Folksong Arrangements for Voice and Harp: The False Knight Upon the Road 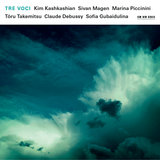 Takemitsu: And Then I Knew 't Was Wind