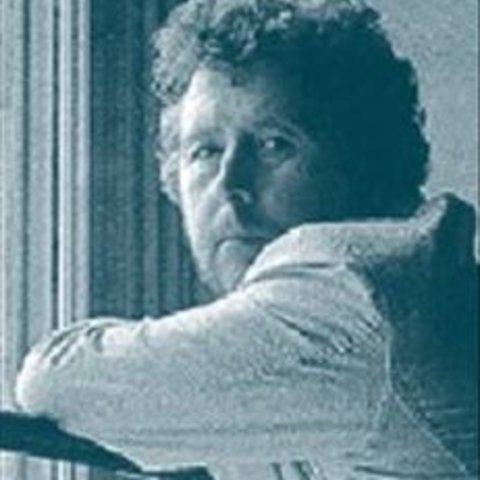 Sir Harrison Birtwistle started taking clarinet lessons as a youth and was composing by age 11. In 1952 he won a scholarship to the Royal Manchester College of Music, where he studied with Richard Hall. There he encountered a group of like-minded young musicians — Peter Maxwell Davies, Alexander Goehr, John Ogdon, and Elgar Howarth — with whom he formed the New Music Manchester group, which specialized in performances of modern music. Birtwistle continued his studies at the Royal Academy of Music in London with clarinetist Reginald Kell, and made his living as a professional clarinetist for a time. His earliest surviving composition, Refrains and Choruses (1957), and other early works like the Monody for Corpus Christi (1959), show a certain debt to the music of Igor Stravinsky, and feature a combination of serialism and Medieval techniques.

From 1962 to 1965 Birtwistle served as Director of Music at the Cranborne Chase School in Dorset. In 1966 he won a Harkness International Scholarship which enabled him to spend two years in the United States, the first of which was spent as a visiting fellow at Princeton University. While there, he wrote his one-act opera Punch and Judy (1966-1967). Back in England in 1967, Birtwistle formed the Pierrot Players with Peter Maxwell Davies. The group specialized in new musical works with a theatrical element, and Birtwistle wrote several works for them, the last of which was Medusa (1969, rev. 1970 and 1978). After Davies took over the Pierrot Players in 1970 and reformed them as the Fires of London, Birtwistle and clarinetist Alan Hacker formed a similar group, Matrix. Through the 1960s Birtwistle became known as one of the leading avant-garde composers in England.

In 1973, Birtwistle served as Cornell Visiting Professor at Swarthmore College in Pennsylvania. Two years later he was appointed musical director of the new National Theatre on the South Bank in London. Compositionally he devoted much of the 1970s and early '80s to his opera The Mask of Orpheus (1974-1977, rev. 1984). It and works like The Triumph of Time (1972) examine one of Birtwistle's favorite themes, the cyclic nature of time and how this idea can be conveyed in music. Three further operas, Gawain (1991, rev. 1994), The Second Mrs. Kong (1993-1994), and The Last Supper (2000), followed.

Birtwistle received his knighthood in 1988. By this time, he was exploring larger sounds and gestures in his music, as in the orchestral work Earth Dances (1985-1986). His music continued to attract attention in the 1990s. On the last night of the 1995 BBC Proms, his work Panic for saxophone, drummer, and orchestra was premiered and broadcast to a worldwide audience of some 100 million people. The festival Secret Theatres: The Harrison Birtwistle Retrospective was held at London's Royal Festival Hall in April and May 1996; the festival was named after his composition Secret Theatre (1984). The latter was written for the London Sinfonietta, for which Birtwistle has written often, starting with Verses for Ensembles (1969) and including the oft-performed Silbury Air (1977).

At the end of 2000 Birtwistle served as Director of Composition at London's Royal College of Music, was the Henry Purcell Professor of Composition at King's College London, and was Composer in Residence with the London Philharmonic Orchestra. He was still composing as he turned 80, producing a piano concerto entitled Responses, and planning more chamber and keyboard music, plus another theater work. 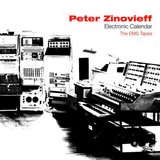 Four Interludes For A Tragedy 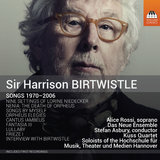 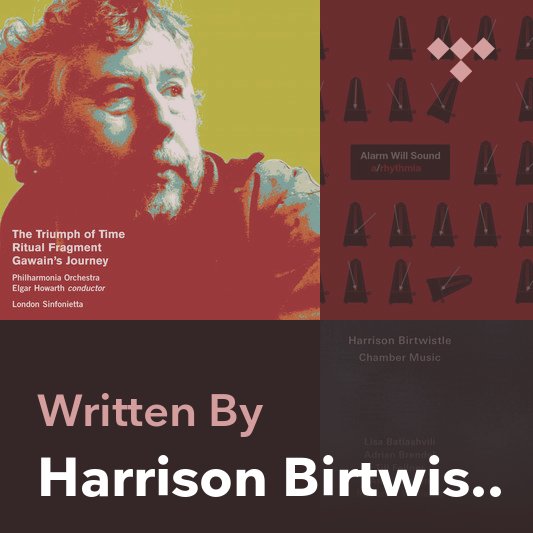 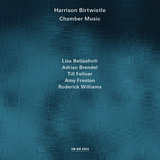 Birtwistle: Three Settings Of Lorine Niedecker (For Soprano And Violoncello) - Always North Of Him 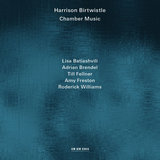 Birtwistle: Three Settings Of Lorine Niedecker (For Soprano And Violoncello) - I Was The Solitary Plover 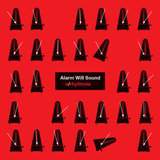 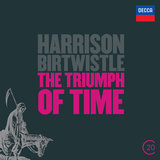 Birtwistle: The Triumph of Time