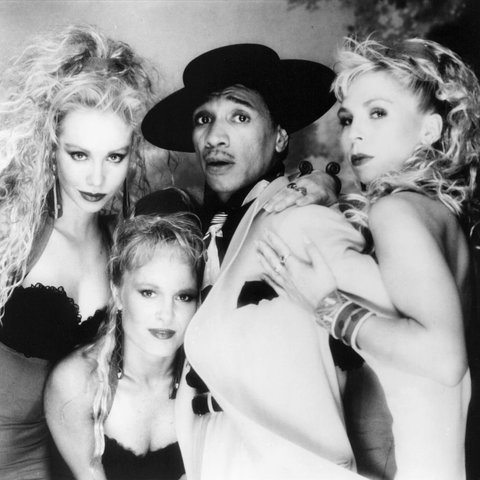 Thomas August Darnell Browder (aka August Darnell) was born in Montreal on August 12, 1950, the son of a French Canadian mother and a Dominican father, but was raised in the New York City borough of the Bronx. In 1965, he formed the In-Laws with his half-brother, Stony Browder, Jr. He earned a master's degree in English and became an English teacher, but in 1974 again joined his half-brother as bass guitarist, singer, and lyricist in Dr. Buzzard's Original Savannah Band, a group that mixed disco with big band and Latin styles. In 1976, Dr. Buzzard achieved a gold-selling album with its self-titled debut release, which featured the Top 40 hit "Whispering/Cherchez la Femme/Se Si Bon," but its subsequent recordings were less successful. Darnell began to write and produce for other acts, co-composing Machine's 1979 chart entry "There But for the Grace of God Go I" and working with James Chance among others. In 1980, he became a staff producer at Ze Records and created the persona of Kid Creole (the name adapted from the Elvis Presley film King Creole) with a backup group, the Coconuts, consisting of three female singers led by his wife Adriana "Addy" Kaegi, and a band containing vibraphone player "Sugar-Coated" Andy Hernandez (aka Coati Mundi), also from Dr. Buzzard. Kid Creole was a deliberately comic figure, a Latinized Cab Calloway type in a zoot suit and broad-brimmed hat who sang songs like "Mister Softee" that found him decrying his impotence while being berated by the Coconuts. Off the Coast of Me, the first Kid Creole & the Coconuts album, was released in August 1980 by Island Records subsidiary Antilles through a distribution deal with Ze. It earned good reviews for its clever lyrics and mixture of musical styles, but did not sell.

Ze made a deal with Sire Records (in turn part of Warner Bros. Records), and Sire released the second Kid Creole & the Coconuts album, Fresh Fruit in Foreign Places, in June 1981. It reached the charts briefly, and Coati Mundi's dance single, "Me No Pop I," was a Top 40 hit in the U.K. Fresh Fruit was a concept album that found the Kid Creole character embarking on an Odyssey-like search for a character named Mimi, and it was given a stage production at the New York Public Theater. Darnell continued the story with his third album, which was released in the U.K. under the title Tropical Gangsters in May 1982. The band toured Britain for the first time to promote the album, and they broke big. The LP hit number three, and three singles — "I'm a Wonderful Thing, Baby," "Stool Pigeon," and "Annie, I'm Not Your Daddy" — made the Top Ten, with "Dear Addy" reaching the Top 40. In the U.S., where the album was retitled Wise Guy, the band remained cult favorites, though the album charted and "I'm a Wonderful Thing, Baby" made the R&B singles charts. In 1983, Darnell produced side projects for the Coconuts (Don't Take My Coconuts) and Coati Mundi (The Former Twelve Year Old Genius) before releasing the fourth Kid Creole album, Doppelganger, which completed the Mimi cycle. The album got into the charts in the U.K., where the single "There's Something Wrong in Paradise" made the Top 40, but it did not chart at home and was a commercial disappointment after the breakthrough represented by Tropical Gangsters/Wise Guy.

Nevertheless, Kid Creole & the Coconuts remained a compelling live act with an imaginative visual style, which led to film and television opportunities. They appeared in the film Against All Odds in 1984 and continued to be tapped for movie projects in subsequent years, either for appearances or music: New York Stories (1989), The Forbidden Dance (1990), Identity Crisis (1990), Only You (1992), Car 54, Where Are You? (1994). They also made a TV film, Something Wrong in Paradise, based on the Mimi cycle and broadcast on Granada TV in the U.K. in December 1984.

Darnell broke up with his wife in 1985, and the original band split, with the Coconuts forming a group called Boomerang, while Andy Hernandez appeared in the Madonna film Who's That Girl? (1987). Darnell pressed on, appearing at the Montreux Jazz Festival and releasing the fifth Kid Creole & the Coconuts album, In Praise of Older Women and Other Crimes, which did not chart. Neither did the sixth album, I, Too, Have Seen the Woods (1987). The group joined Barry Manilow on "Hey Mambo," a song on his Swing Street album that made the singles charts. Darnell then took time off to write In a Pig's Valise, an off-Broadway show that ran for 12 weeks. Kid Creole & the Coconuts, now featuring former Dr. Buzzard singer Cory Daye, resurfaced in 1990 on Columbia Records, issuing a seventh album, Private Waters in the Great Divide, which featured "The Sex of It," a song written by Prince that made the British Top 40 and the American R&B charts. It was followed a year later by You Shoulda Told Me You Were....

Kid Creole & the Coconuts spent the 1990s touring internationally and releasing albums primarily outside the U.S. To Travel Sideways and Kiss Me Before the Light Changes both appeared initially in Japan, though they found stateside release on a small label in 1995. The Conquest of You was released in Germany in 1997. (An American release on Fuel 2000 was scheduled for 1999, but did not occur.) In the U.S., the group appeared in Atlantic City and Las Vegas. Kid Creole starred in the British musical Oh! What a Night, which ran in the West End from August to October 1999. A live album of the same name, which combined Kid Creole hits with renditions of some of the songs that appeared in the musical, was released in 2000. Too Cool to Conga!, a studio album, came out the following year. A full decade would past until Kid returned with 2011’s I Wake Up Screaming, released by the Strut label. ~ William Ruhlmann 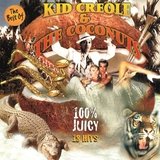 Annie I'm Not Your Daddy 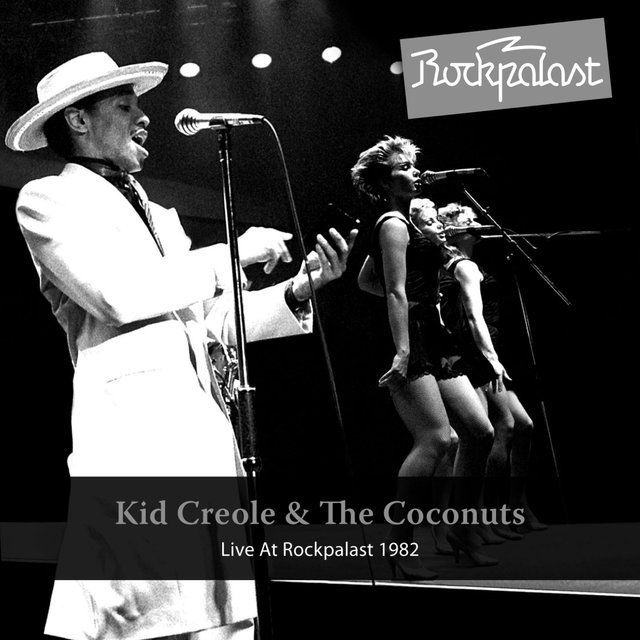 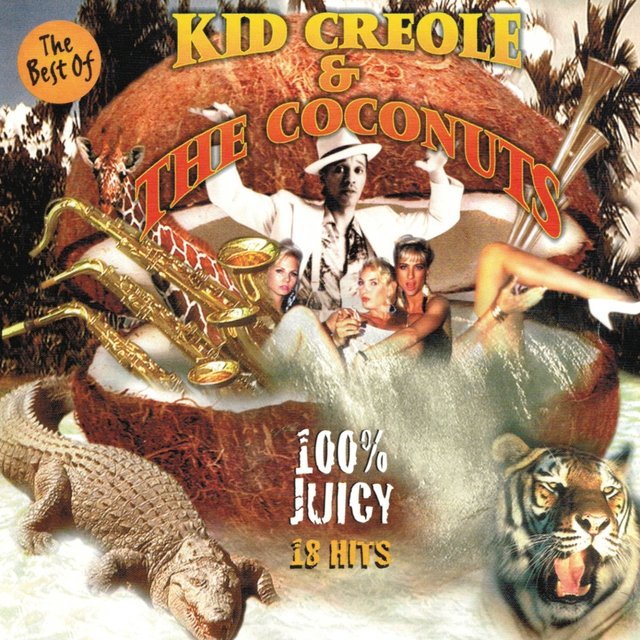 The Best of Kid Creole 100 % Juicy
Kid Creole, The Coconuts 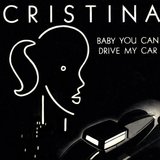