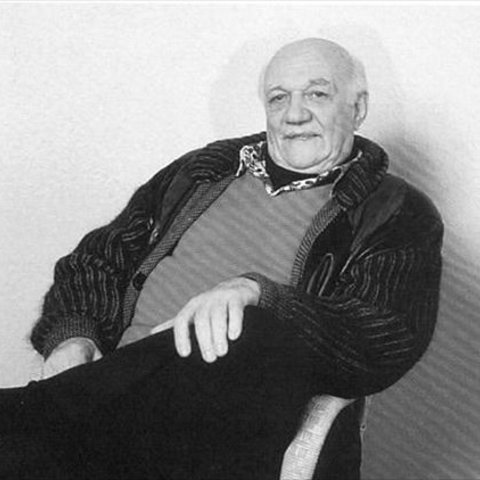 Gabriel Bacquier was a leading 20th century baritone, especially in roles in his native French. He was noted for his sophisticated and natural acting style, his smooth, warm voice, and his remarkable endurance.

Bacquier was born on May 17, 1924, in Béziers, France. His studies at the Paris Conservatoire were unusually successful: he won three first prizes in student voice competitions there, and as a result, he quickly obtained a regular operatic job, joining the Compagnie Lyrique in 1950. From this privately owned opera company, he moved in 1952 to join the company of La Monnaie, the main opera house in Brussels. He returned to Paris in 1955 to join the Opéra-Comique in 1956. Two years later, he joined the Opéra de Paris, debuting there as Germont, Sr., in La Traviata.

He gained a reputation as a serious, reliable singer, willing and able to take both comic and serious roles, and parts ranging from supporting characters to leads. Although he had a wide range, he was especially effective in the more lyric baritone parts and was one of the leading Mozart singers of his generation, yet he was able to convincingly sing such dramatic parts as Simon Boccanegra and Tsar Boris Godunov. He began to make appearances abroad in the 1960s, particularly in England, where he debuted as the Count in Mozart's Marriage of Figaro in 1962 and as Riccardo in Bellini's I Puritani in 1964. The same year he first sang at the Metropolitan Opera in New York, where he also became a favorite performer, frequently appearing on the national Saturday broadcasts.

In his 50s, when many singers are considering whether they have enough technique left to continue in their career, Bacquier notably improved, gaining power and expressivity in his voice. At the same time, he refined his acting technique, becoming known for avoiding the stock operatic gestures meant to portray villainy or the buffoonery used in comic roles. Thus, his characters had a quality of realism that made their evil, heroism, wit, or foolishness seem natural and thus more effective. This particularly showed itself in his four differentiated portrayals in the "adversary" roles of Offenbach's Les Contes d'Hoffmann.

In addition to his Mozart roles (especially the Count), his "signature role" was that of Scarpia in Tosca, which he played with suave, even charming, external manners that made his underlying evil even more frightening. He was the leading baritone for French opera and for Italian operas written originally in French, such as Rossini's Guillaume Tell and Meyerbeer's Les Huguenots. He appeared in no fewer than three complete stereo recordings of Les Contes d'Hoffmann, other operas by Offenbach, and revivals of such once-neglected French operas as Chabrier's L'Étoile, Dukas' Ariane et Barbe-bleu, Gounod's Mireille, Massenet's Don Quichotte, and Bizet's La Jolie Fille de Perth.

He was also a fine interpreter of French chanson in recital, particularly the songs of Satie, Ravel, and de Severac. In the 1990s, when he was in his seventies, he scored a notable success as The King of Clubs in the Lyon Opera's French production of Prokofiev's Love of Three Oranges under the baton of Kent Nagano, a production also made into a highly acclaimed recording. In 2008, Bacquier released an album of songs by Pierre Louki. Bacquier died in the Manche department commune of Lestre, in Normandy, on May 13, 2020. 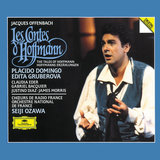 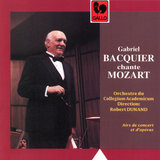 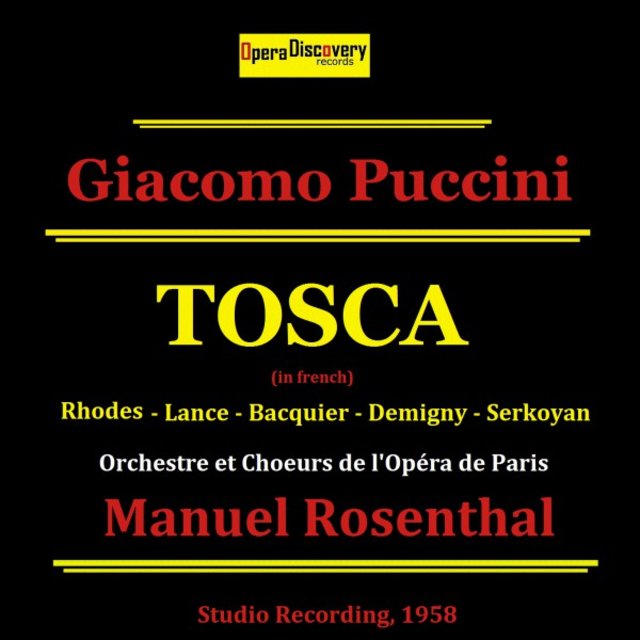 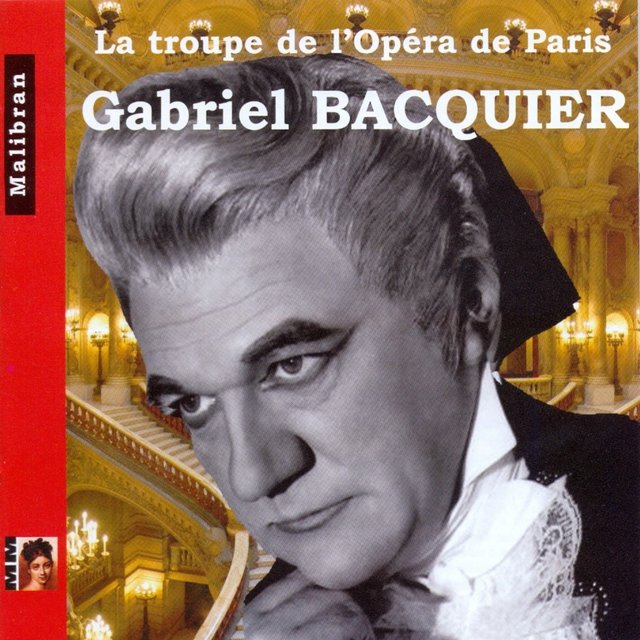 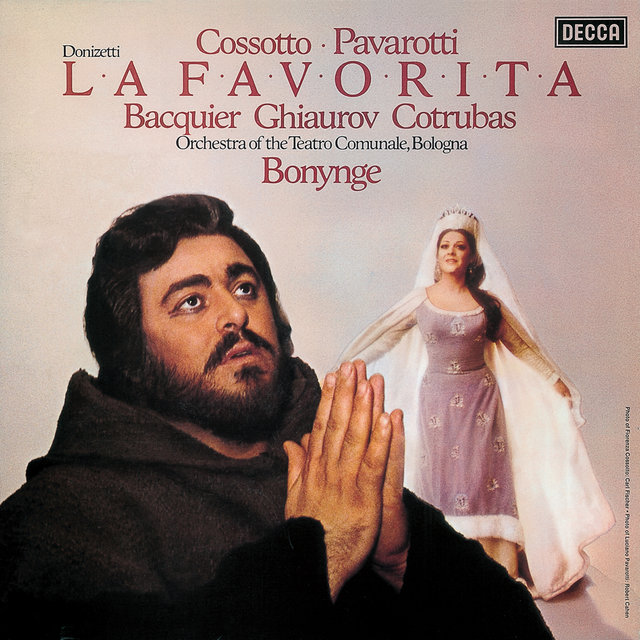 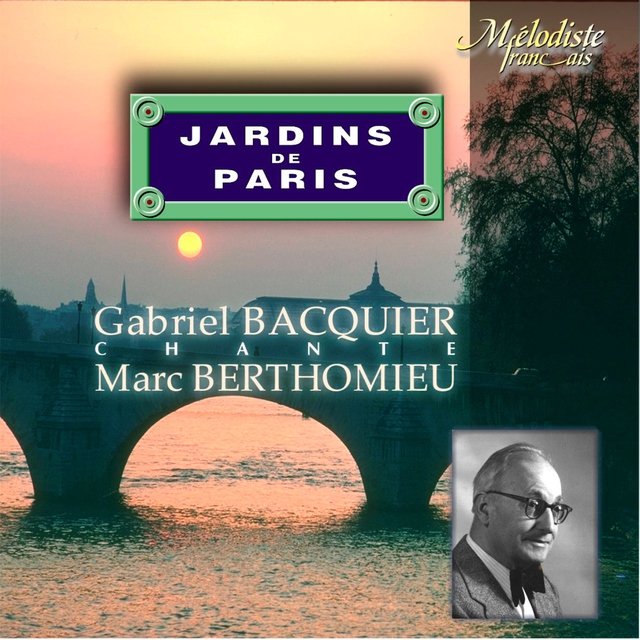 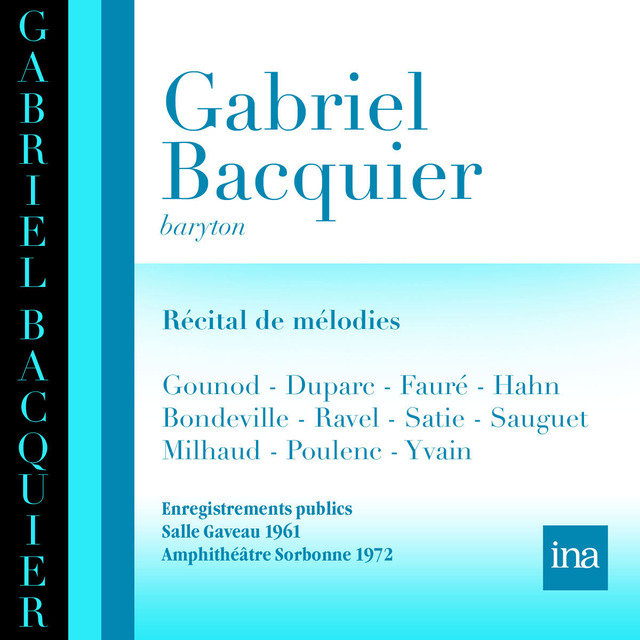 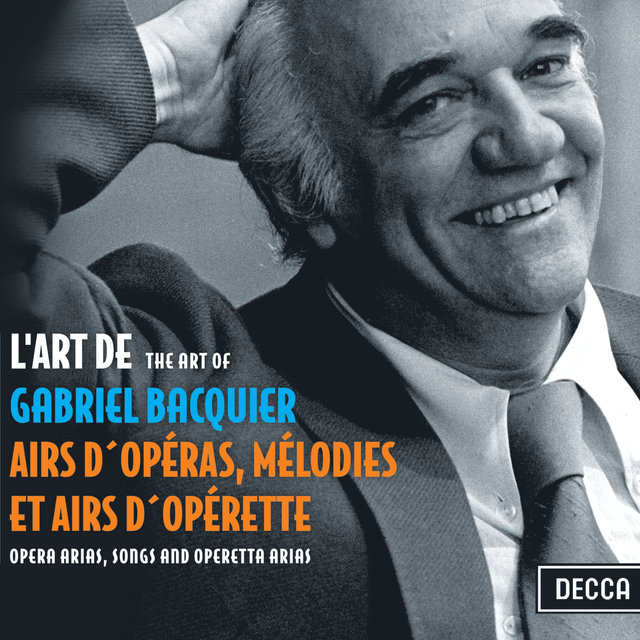 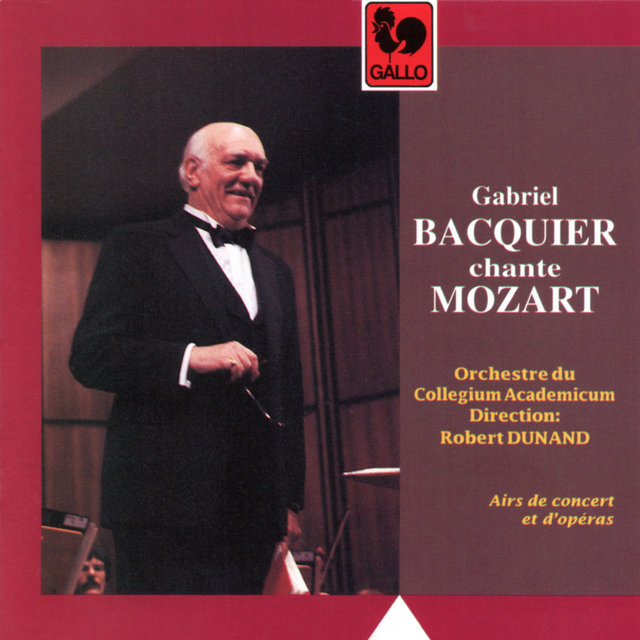 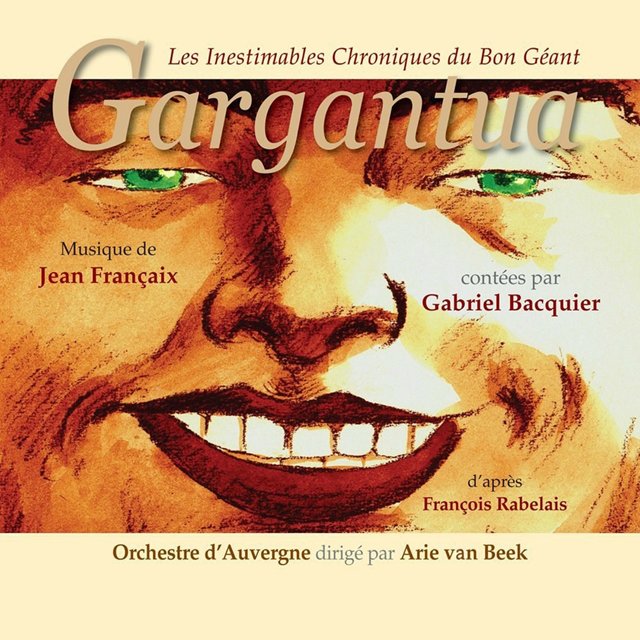 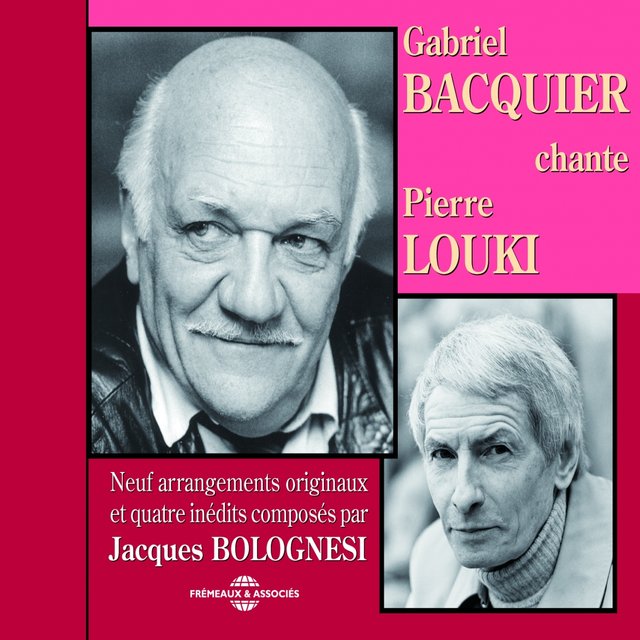 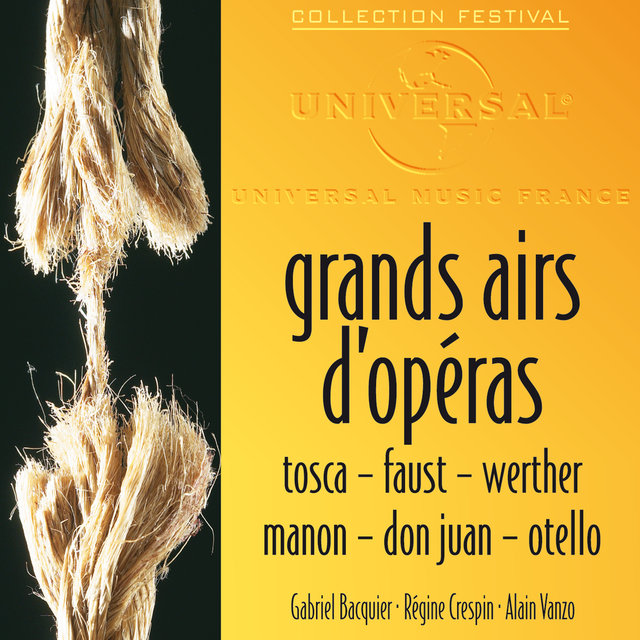 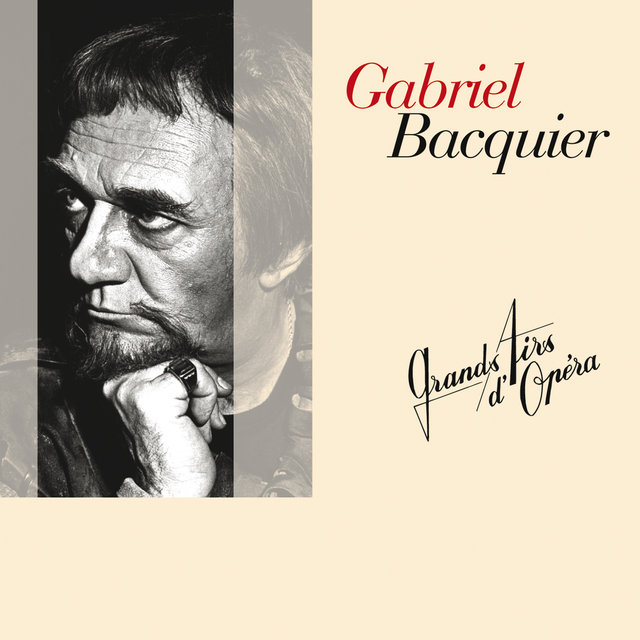 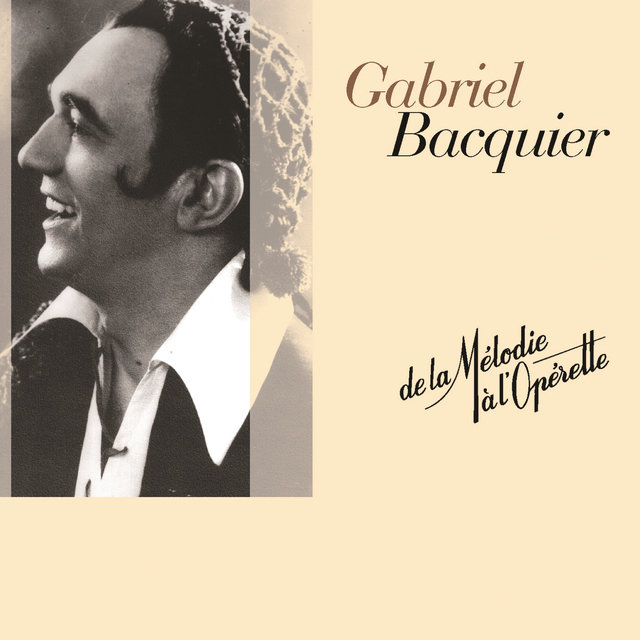 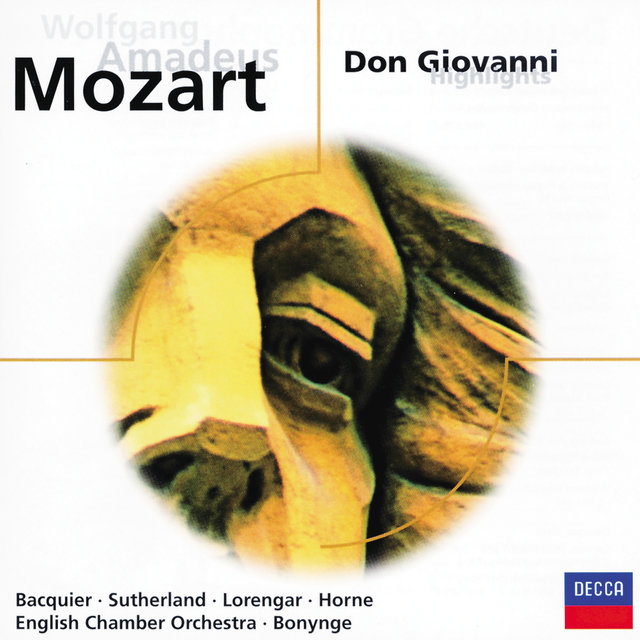 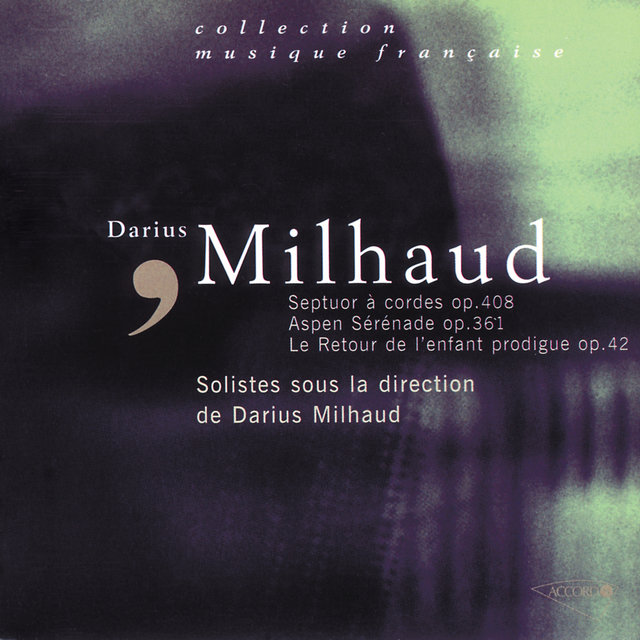 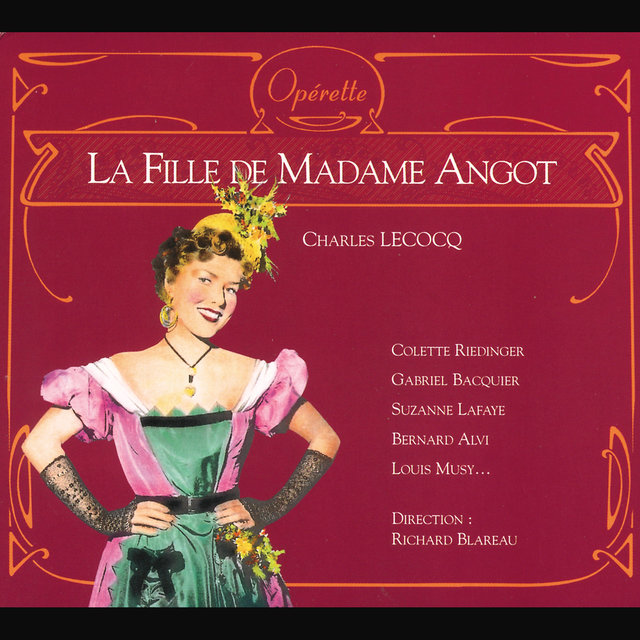 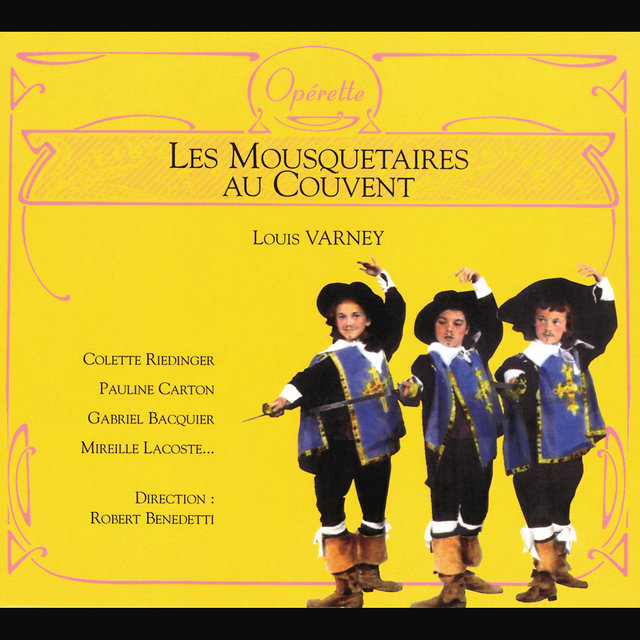 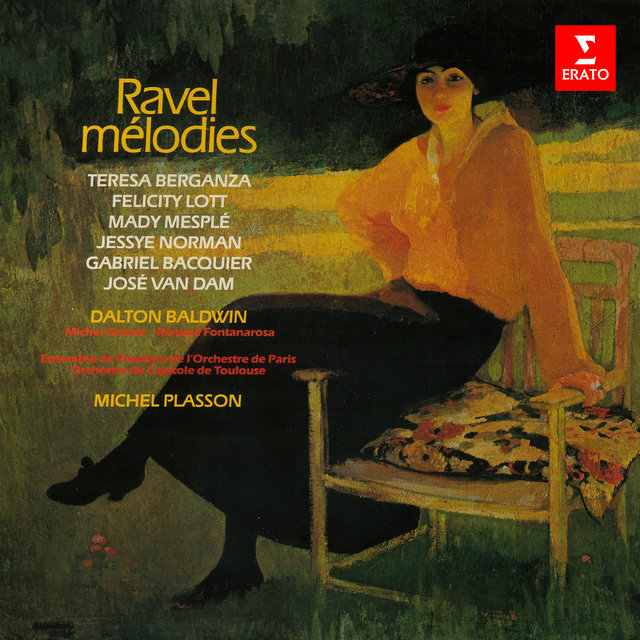 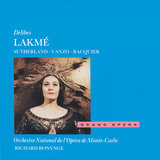