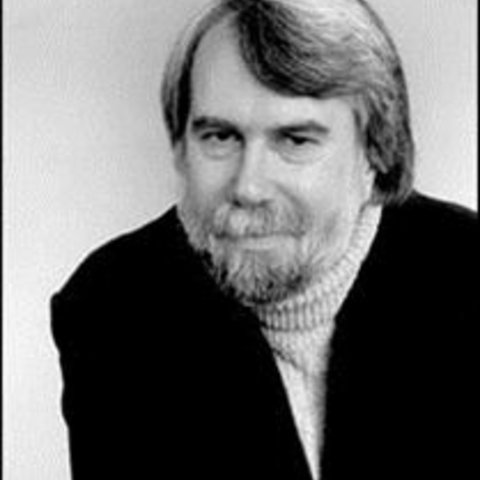 Christopher Rouse was best known for his large body of concertos and symphonic works. He was described as "the Stephen King of composition," since many of his works from the late 1980s and early 1990s dealt with issues of death, horror, tragedy, and mythology. Rouse's music was dramatic in an almost Mahlerian sense — a side effect of which seems to be that his music was the loudest and boldest of his time. One orchestra playing his music called in OSHA because orchestra members thought the volume level was too loud and, therefore, unsafe. That said, Rouse wrote some of the most beautiful and touching music of any composer of the 20th and 21st centuries. A New York Times article stated, "Rouse has written some of the most anguished, most memorable music around."

Rouse started out as a rock & roll drummer. However, it was not long until his love for classical composing took over, and he enrolled in the Oberlin Conservatory. Having received a degree in composition in 1971, he began his graduate work at Cornell University. In 1971 and 1972, Rouse won Student Composer Awards from BMI, and in 1976 he received a fellowship from the National Endowment for the Arts. He received his doctor of musical arts degree from Cornell in 1977.

Accepted to the University of Michigan Society of Fellows, Rouse taught composition there from 1978 to 1981 and was the recipient of a Rockefeller Grant. When that position ended, he began teaching at the Eastman School of Music. In 1982, Rouse received a commission from the Boston Musica Viva. This signified the beginning of his professional career, and it was after this that he began to write his most important works. Rouse, noticing at the time that many American composers were writing pieces that were entirely Adagio in nature, accepted a commission in 1984 from the Rochester Philharmonic. Gorgon, based on the mythological creatures, turned out to be a four-movement piece in which all of the movements are in a fast tempo. This prompted Rouse's reputation for being a fast and loud composer.

The year 1986 marked the completion of the three-movement work Phantasmata, which was premiered by the Saint Louis Symphony with Leonard Slatkin conducting, and Rouse began a post as composer-in-residence with the Baltimore Symphony that lasted until 1989. In 1988, the orchestra premiered his Symphony No. 1, which received a Kennedy Center Friedheim Award. On the coattails of this honor, Rouse wrote pieces for the Houston Symphony Orchestra, violinist Cho-Liang Lin, and the Aspen Festival Orchestra, and a Trombone Concerto for the New York Philharmonic, which was awarded the 1993 Pulitzer Prize in music. Having secured a reputation as one of the United States' most sought-after and respected composers, Rouse began the next phase of his career writing concertos for the most admired soloists in classical music, including cellist Yo-Yo Ma, flutist Carol Wincenc, percussionist Evelyn Glennie, soprano Dawn Upshaw, pianist Emanuel Ax, guitarist Sharon Isbin, and clarinetist Larry Combs with the Chicago Symphony Orchestra, and orchestral pieces for the likes of the Saint Paul Chamber Orchestra, the Atlanta Symphony, the Dallas Symphony, and the Minnesota Orchestra, among others.

While maintaining his position at Eastman, Rouse began teaching composition at the Juilliard School in 1997 and became co-composer in residence at the Aspen Music Festival in 1999. From 2012 to 2015, Rouse was the Marie Josée Kravis Composer-in-Residence with the New York Philharmonic, and during his tenure, he composed the Symphony No. 3, the Symphony No. 4, and Odna Zhizn and Prospero's Rooms for orchestra. These works were recorded by Alan Gilbert and the New York Philharmonic and were released in 2016 on the Dacapo label. In 2019, Rouse completed his Symphony No. 6, slated for its premiere in October that year. Rouse died unexpectedly on September 21, 2019, in Baltimore.

Phantasmata: I. The Evestrum of Juan de la Cruz in the Sagrada Famiglia at 3 A.M. 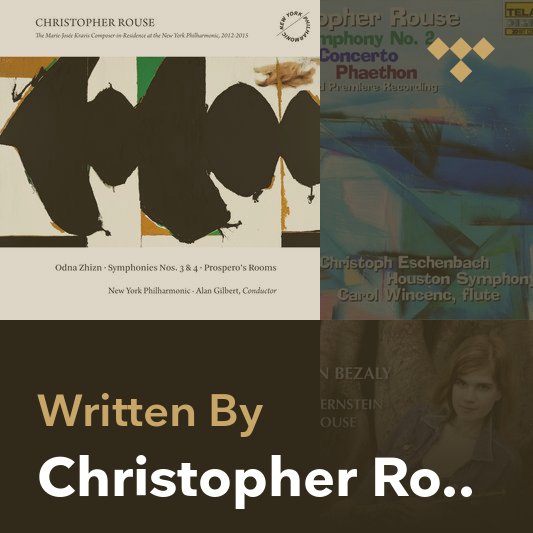 Th'Expense Of Spirit In A Waste Of Shame (Sonnet 129)