One of the great dancehall and reggae producers, Gussie Clarke has been a successful Jamaican producer since the early '70s, when he helmed Big Youth's debut, Screaming Target, and the 1973 debut from I Roy. More known in Britain than in America, many of Clarke's early records were issued there by the Trojan label and as early as 1975 a cult fan base began to emerge around Gussie's dub sound. Later in the decade, Clarke worked on landmark tracks by Dennis Brown ("To the Foundation") and Gregory Isaacs ("Never Be Ungrateful") and eventually he presided over a two-volume set issued by Heartbeat records, titled Dee-Jay Explosion. In 1988, Clarke had another creative and career breakthrough when he opened the Music Works studio. It immediately gained a reputation among the reggae community as the place to record, with Clarke being the DJ to record with, and soon everyone from Shabba Ranks to Maxi Priest were stopping by to lay down tracks. Clarke was still going full-tilt in the '90s, releasing a two-CD retrospective in 1996 and continuing to produce, mix, and DJ out of his Music Works home base. ~ Steve Kurutz 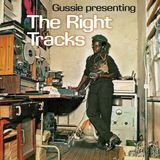