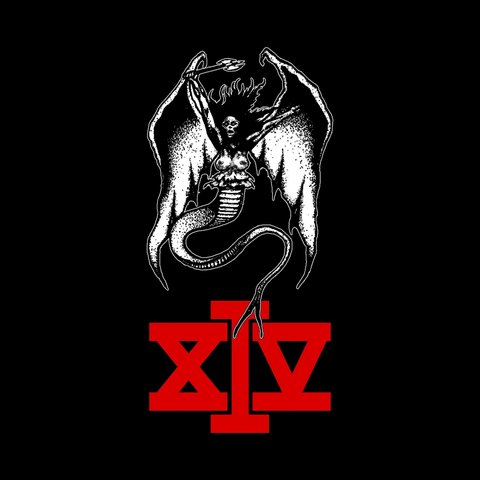 Vulcano were one of Brazil's first heavy metal bands of note. Coming into existence some time before (and having no small influence upon) that country's most famous metal export, Sepultura, Vulcano's albums were far too inaccessible to surface above the heavy metal underground with any regularity; and yet, alongside fellow Brazilians Sarcofago, Mutilator, and others, their primal, astoundingly violent blend of black and thrash metal has attained a worldwide cult legend among some of the genre's most extreme practitioners — notably, Norway's feared black metal inner circle of the early '90s.

Vulcano evolved from an earlier band called Astaroth, circa 1981, and is essentially the vision of bassist, guitarist, and chief songwriter Zhema Rodero. Together with guitarist Paulo Magrão, keyboardist Carli Cooper, and numerous long-forgotten henchmen, Zhema struggled to ignite the band's career early on, eventually trading his native town of Osasco for the larger port city of Santos. Once there, the musicians hooked up with singer Genne and drummer José Piloni to record the four-track Om Pushne Namah single in 1983, but splintered shortly thereafter, opening the door for the arrival of new members Johnny Hansen (guitar), Renato Pelado (drums), and Angel (vocals), who made it possible for Vulcano to switch from Portuguese to English lyrics. This lineup quickly came up with 1984's much improved, eight-track Devil on My Roof demo, and when Vulcano scrapped together enough dough to record a concert, in August of the following year, the ensuing Vulcano: Live! LP (introducing guitarists Soto Júnior and Zé Flávio, and drummer Laudir Piloni) effectively put them on the metal map. By now, Brazilian heavy metal was starting to single out its first champions, and Vulcano seized the mantle of extremism with their thrashy black metal (chiefly inspired by Britain's Venom and Motörhead), which left chief competitors like Dorsal Atlantica and Korzus sounding tame by comparison.

If there was anything one could remotely consider "success" in the unforgiving world of Brazilian heavy metal, Vulcano experienced it in 1986: a year which saw them record the seminal Bloody Vengeance album for Rock Brigade Records, and be selected to support visiting metal dignitaries Venom and Exciter on a tour across Brazil. Ironically, Vulcano's first taste of national press exposure also introduced their "dangerously immoral" music, unconventional stage-wear, and anti-religious philosophies to all of Brazil's self-righteous authority figures — most worrisomely the police. The backlash convinced Angel and Zhema (now back to playing guitar) that perhaps the time had come to mix a few new topics (social issues, emotional and political repression, errr...cannibalism) into the usual Satanic stew, and they also took the opportunity to hire new bassist Fernando Levine and drummer Arthur Vasconcelos to perform on 1987's more considered but inevitably less spontaneously combusting Anthropophagy album. This same lineup recorded the following year's thrash and speed metal-focused Who Are the True?, which doubled as commentary for what Zhema thought was an increasingly calculated and poser-filled Brazilian heavy metal scene. Second guitarist Soto Júnior rejoined Vulcano in time for 1990's lackluster Rat Race, but by then Zhema had become fed up with it all — particularly with not getting paid by an endless parade of shifty record companies — and decided to officially break up the band.

Vulcano briefly reconvened with Zhema, Soto, Arthur, and temporary vocalist Luiz Carlos to cut three tracks for Cogumelo Records' reissue of Live!, in 1988, but the musicians spent the rest of the decade preoccupied with different projects, like Zhema's Creedence Clearwater Revival tribute band with original Vulcano guitarist Magrão. Sadly, Soto Júnior passed away from a sudden heart attack in 2001, at the age of 39, but just three years later Angel, Zhema, and Arthur reunited Vulcano with the help of new guitarists André and Passamani, and recorded 2004's startlingly powerful Tales from the Black Book. ~ Eduardo Rivadavia 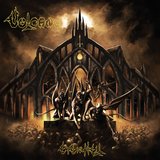 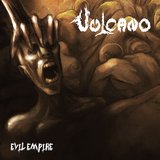 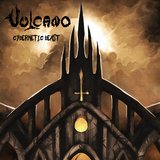 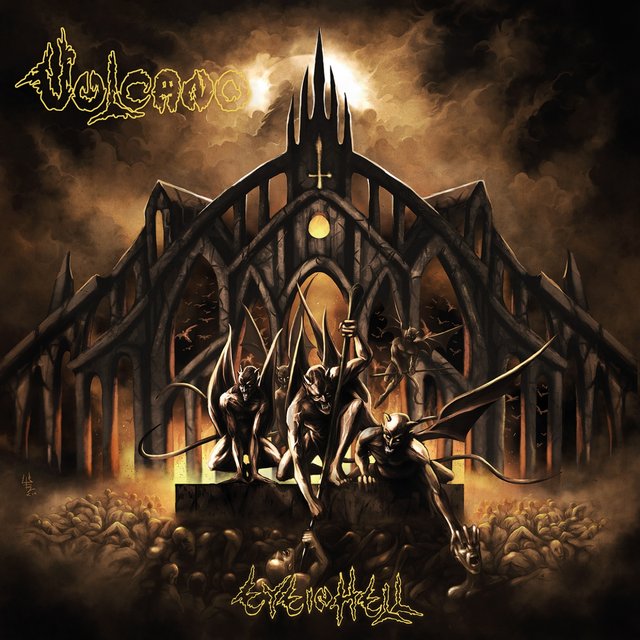 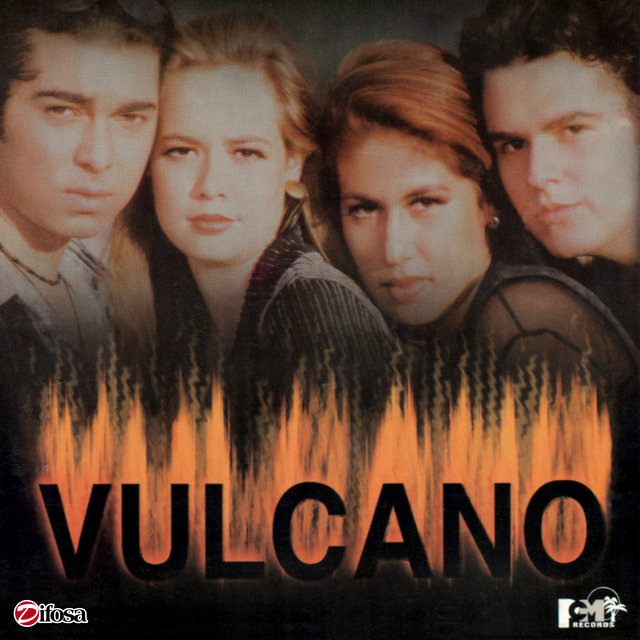 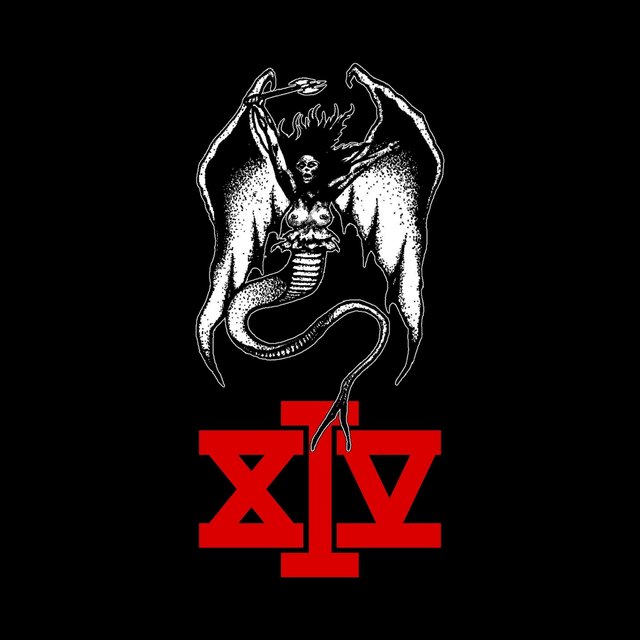 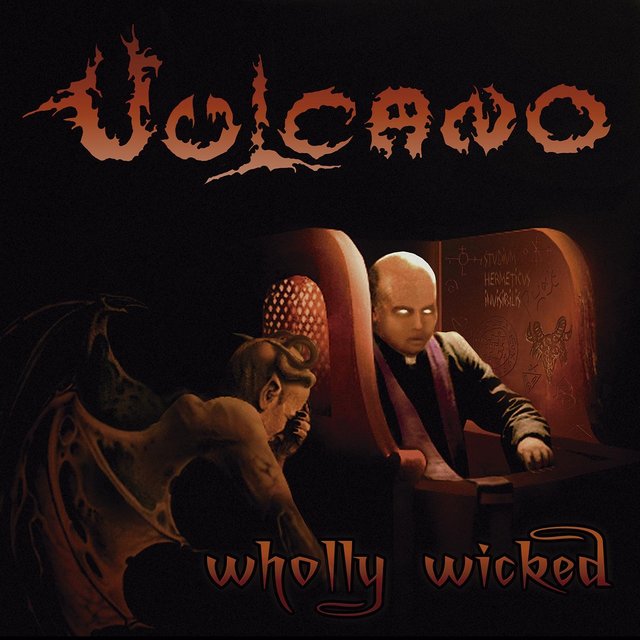 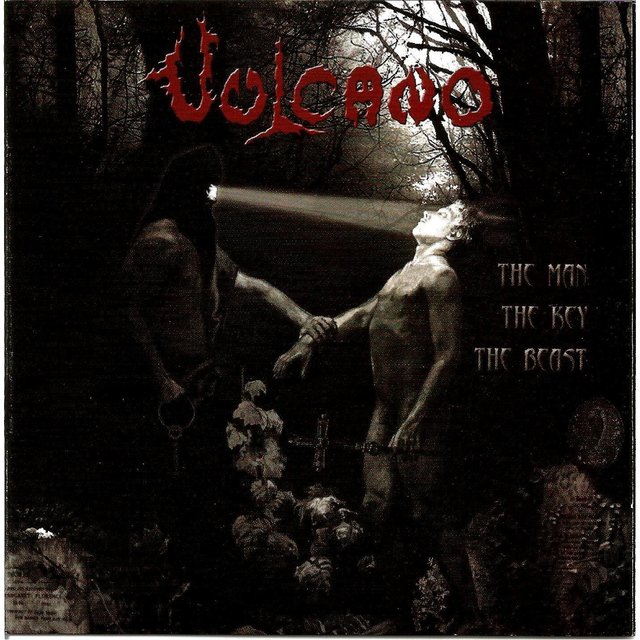 The Man, the Key, the Beast
Vulcano 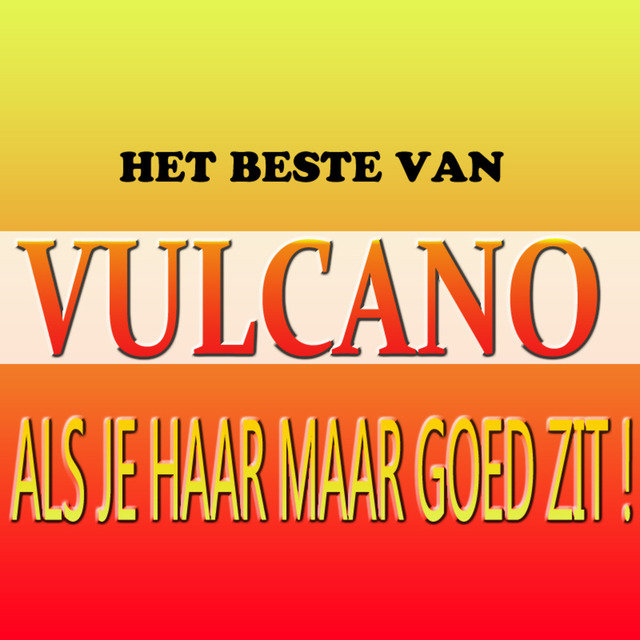 The Best Of Vulcano
Vulcano 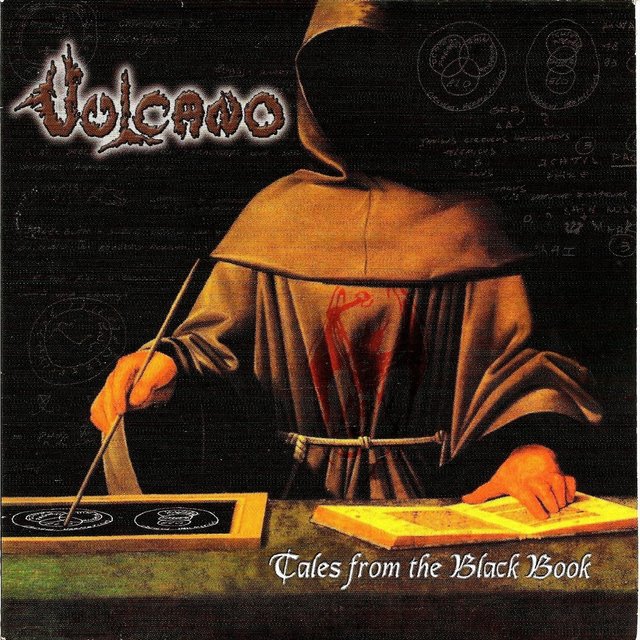 Tales from the Black Book
Vulcano 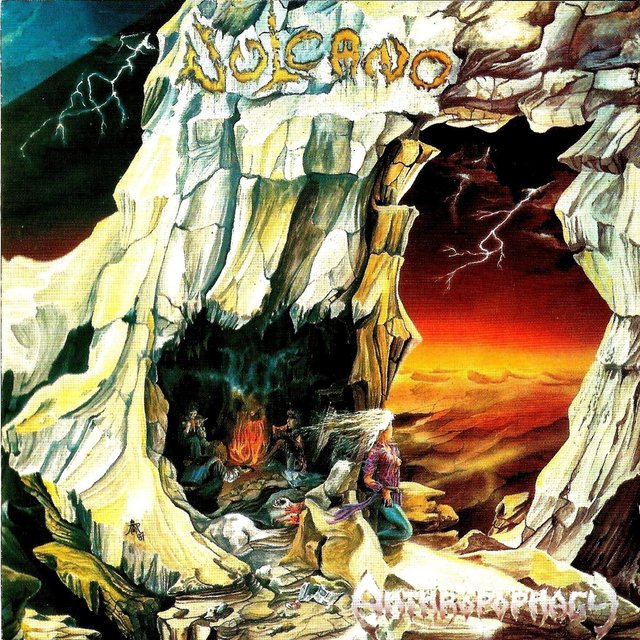 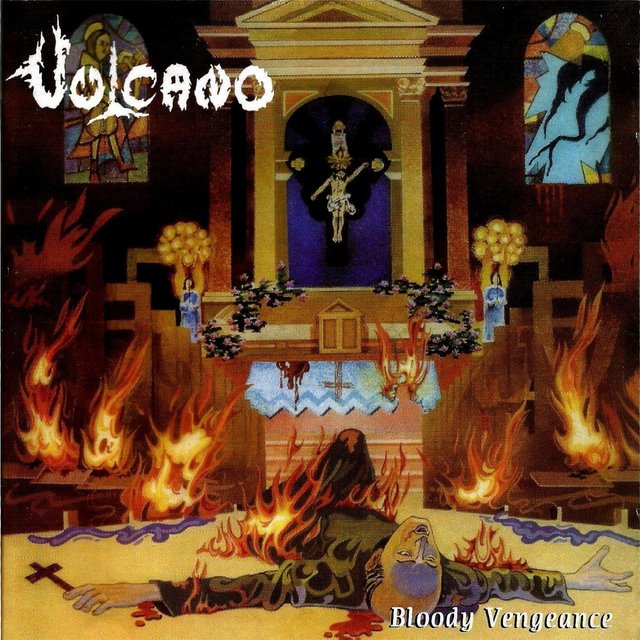 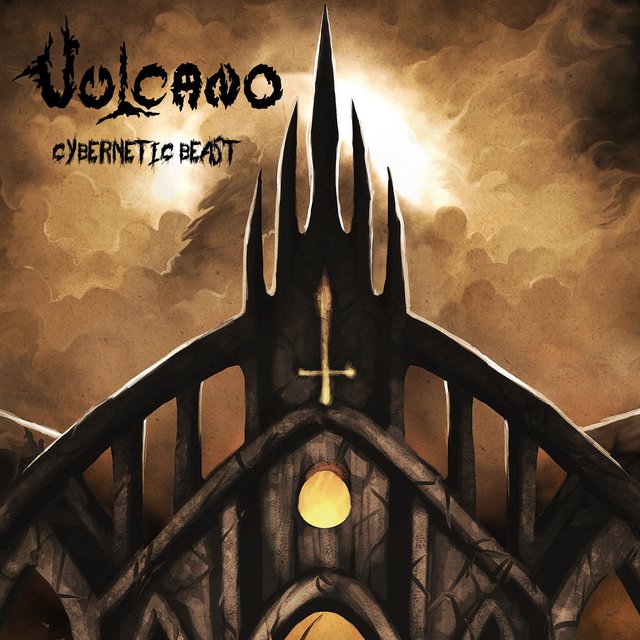 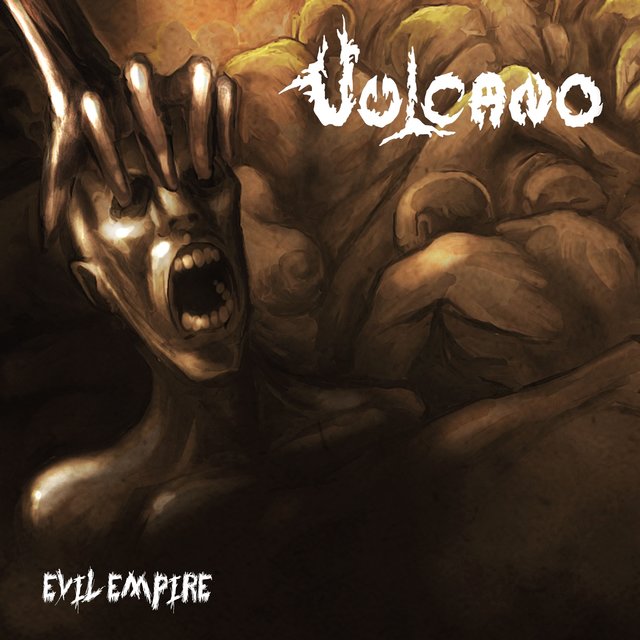 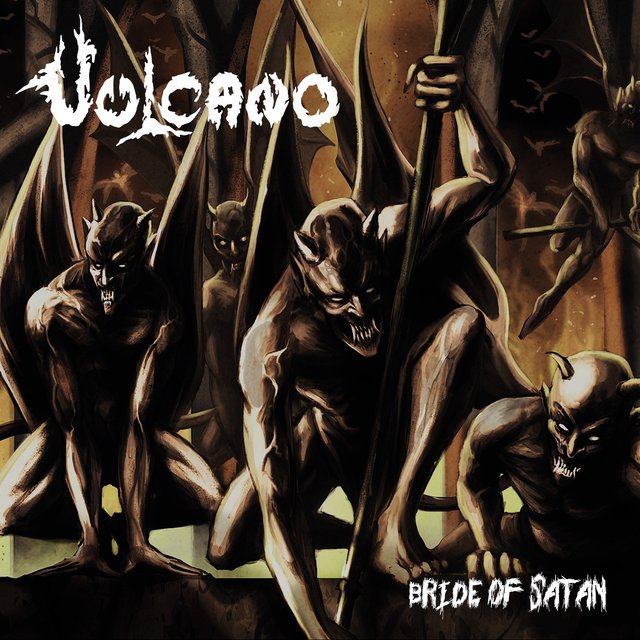 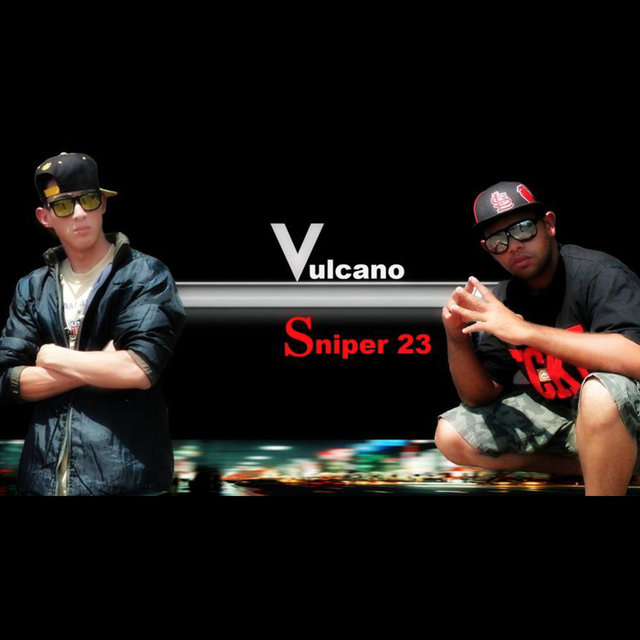 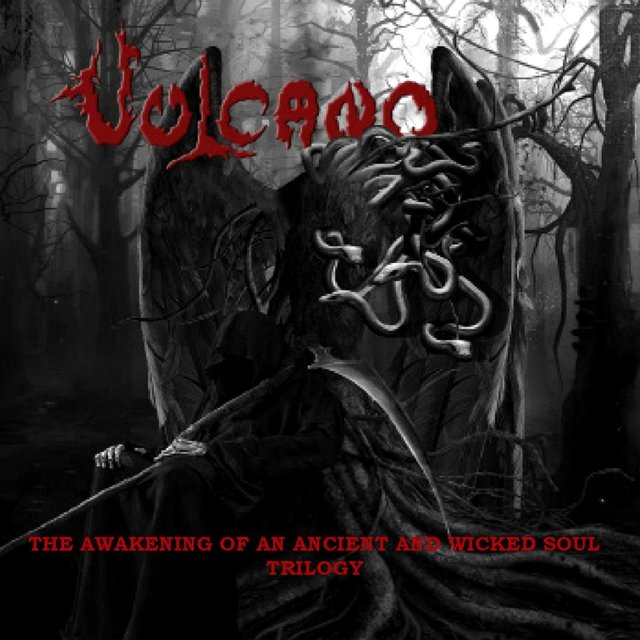 The Awakening of an Ancient and Wicked Soul
Vulcano 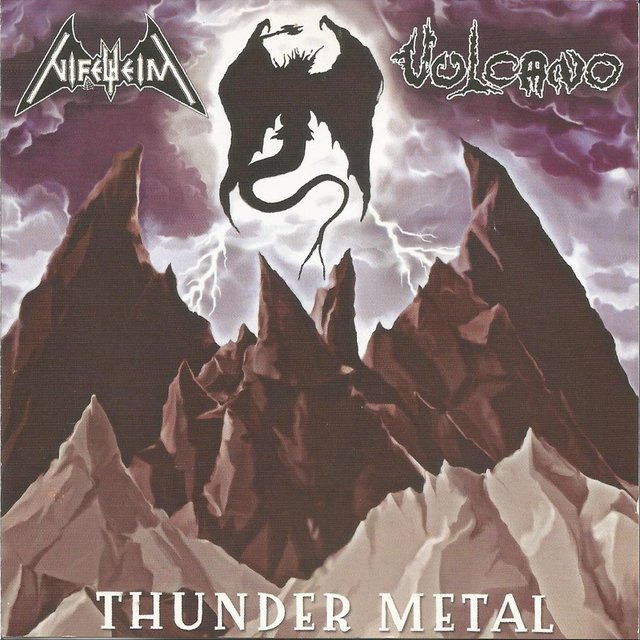 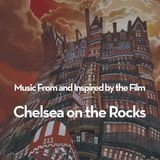 Love Theme from Chelsea on the Rocks 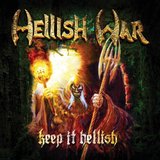