Guitarist John Dwyer and drummer Jeff Rosenberg go under the monikers Pink and Brown, respectively, for their intense noise duo. This wrecking crew may be more traditionally structured and accessible than a group like Lightning Bolt, but their disturbed rants and raucous cacophony is equally as destructive.

Hailing from the same San Francisco scene that produced such no-wave acts as Erase Errata and Numbers, Pink and Brown formed in 2001 and released their debut CD Final Foods on Toyo Records. In 2002, following a tour with Lightning Bolt, the spindly and aggressive band appeared on a Load Records split 12" with Death Drug.

Shame Fantasy II, released by Load in 2003 amidst rumors of the group being disbanded, collects the songs from the bands first two releases, as well as five new songs, for a single mind-thrashing record of their entire spastic and destructive discography. ~ Charles Spano 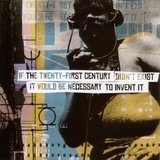 If The 21st Century Didn't Exist? 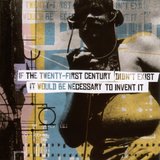