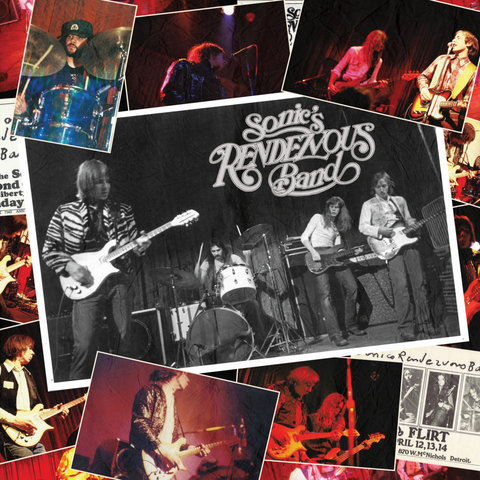 In the Midwest during the 1970s, you would be hard-pressed to find a rock group with a more impressive pedigree than Sonic's Rendezvous Band, which brought together members of four key bands from the fabled Detroit/Ann Arbor rock scene of the late '60s — Fred "Sonic" Smith of the MC5, Scott Morgan of the Rationals, Scott Asheton of the Stooges, and Gary Rasmussen of the Up. Among fans of high-energy Michigan rock, Sonic's Rendezvous Band would — with the passage of time — become nearly as legendary as their forebears, but it would be years before listeners outside of the Midwest had much of a chance to hear their music; fate seemed to conspire against them while they were together, and one of the most talented and powerful acts of its day ended up releasing only a one-song single during its six-year lifespan.

The Sonic's Rendezvous Band story began after the MC5 broke up following a disastrous final show on New Year's Eve 1972. It wasn't long before Fred "Sonic" Smith began blocking out plans for a new band; Smith initially attempted to reunite with the MC5 rhythm section of Michael Davis and Dennis Thompson for a project called Ascension, but the new act didn't last more than two or three shows before stalling out. Meanwhile, singer and guitarist Scott Morgan was also eager to start making music again following the collapse of the Rationals, and through MC5 guitarist Wayne Kramer he was introduced to Smith. Smith and Morgan struck up a friendship, and after Smith contributed lead guitar to Morgan's first solo single, they decided to form a group. They teamed up with Davis on bass and ex-Rationals Bill Figg and Terry Trabandt on drums and guitar; after a single gig, this lineup splintered following Davis' arrest on drug charges, as Trabandt moved over to bass while Jeff Vail was recruited to play drums. Following one show under the name the Orchids (sparsely attended thanks to a blizzard), the group officially became Sonic's Rendezvous Band after the arrival of new bassist Ron Cooke, formerly with Mitch Ryder's Detroit. Several drummers came and went before Scott Asheton was invited to join when he returned to Michigan after several years in California in the wake of the Stooges' final burnout. Cooke's enthusiasm for motorcycles became as issue when he pawned his bass to buy a new bike several days before a gig; Cooke was fired, and Gary Rasmussen came aboard, completing the definitive SRB lineup.

In 1975, Sonic's Rendezvous Band began playing around Michigan, with both Smith and Morgan writing outstanding original songs for the group and trading off on lead vocals. While SRB's history may have helped them draw an audience in Michigan, they declined to trade on their past, refusing to play any material by their former acts. The band steadily built a following, playing clubs and roadhouses around the state, but the major music industry was playing little attention to Michigan in the mid-'70s, and given the drug-fueled chaos of the MC5 and Stooges' final days, major record labels were not especially interested in signing an act featuring members of both groups. And though no one questioned Smith's talent, by many accounts the band's de facto leader wasn't always easy to work with; he was a man of few words and not strongly motivated to a heavy performing schedule, though he always delivered the goods once he hit the stage and was writing some of the best songs of his career.

Despite the group's troubles, by 1978 things began looking up for SRB. They were regularly packing clubs in Detroit and Ann Arbor and opening for national touring acts, and had recorded two songs for a self-released single they hoped would attract label interest. However, due to growing tensions between Smith and Morgan, Morgan's song "Electrophonic Tonic" was pulled from the B-side, and instead the 45 featured stereo and mono mixes of Smith's masterpiece, "City Slang." Shortly before the record was to be released, the group accepted an invitation to tour Europe as Iggy Pop's backing band, but without Morgan; Morgan recorded some solo demos with friends while the band was away, and when Smith found out, it widened the gap between them. And in 1976 Smith had met punk poetess Patti Smith and they became romantically involved; once they moved in together in 1978, Fred gradually lost interest in touring, and SRB's momentum flagged. Following a series of benefit shows for the Detroit Symphony Orchestra (which Morgan sat out), the band quietly came to a halt in 1980, the same year Patti and Fred were married. Fred's next major project didn't arrive until 1986; he collaborated with Patti on her album Dream of Life as a songwriter, guitarist, and producer. It proved to be one of Fred's last recordings; he died due to heart failure on November 4, 1994. Since SRB's breakup, Morgan has recorded and toured as a solo artist as well as with the bands Powertrane, Dodge Main, and the Hydromatics; Rasmussen remains busy with session work and live shows with his group GRR; and Asheton tours the world with the reunited version of the Stooges. SRB reunited for a one-off show in 1999 as the Rendezvous Band, with Deniz Tek of Radio Birdman sitting in for Smith; the concert was released on CD in 2000 as Gettin' There Is Half the Fun.

As the rise of punk rock spawned a new interest in the Detroit rock scene of the '60s that did so much to inspire the raucous new music, Sonic's Rendezvous Band began developing an international reputation among forward-thinking rock fans who refused to fade away with the breakup of the group. In the '80s, several bootlegs of SRB demos and live concerts surfaced, as did a pirate re-pressing of the "City Slang" single. In 1998, an independent label in Detroit, Mack Aborn Rhythmic Arts, released the first authorized Sonic's Rendezvous Band album, Sweet Nothing, drawn from a soundboard tape of a 1978 Ann Arbor concert. A second album from Mack Aborn, City Slang followed in 2000, which paired the rare 1978 single with a collection of live tracks. In 2006, the U.K. label Easy Action issued an ambitious six-disc box set that gathered a sampling of demos, rehearsal recordings, and studio material along with four full SRB concerts, pushing interest in the group to an all-time high. A series of archival live recordings, some drawn from the box set, followed over the next several years. ~ Mark Deming 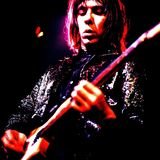 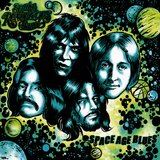 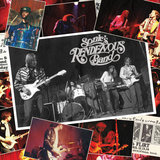 You're So Great (The Best Stuff You Havent Heard) 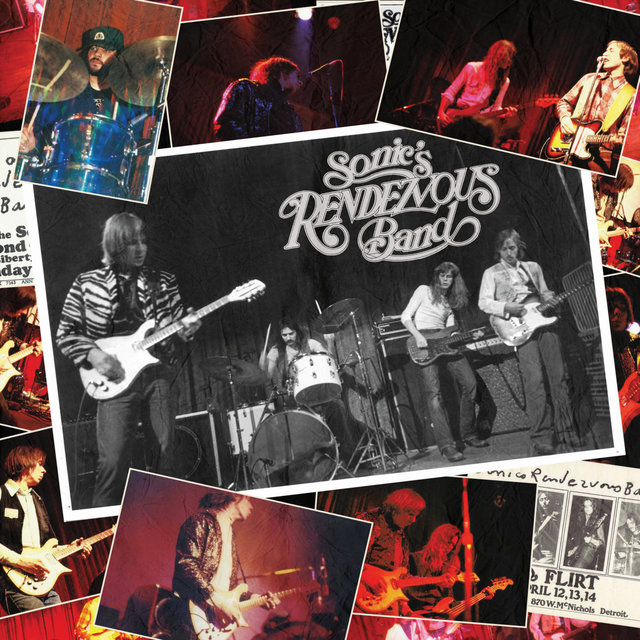 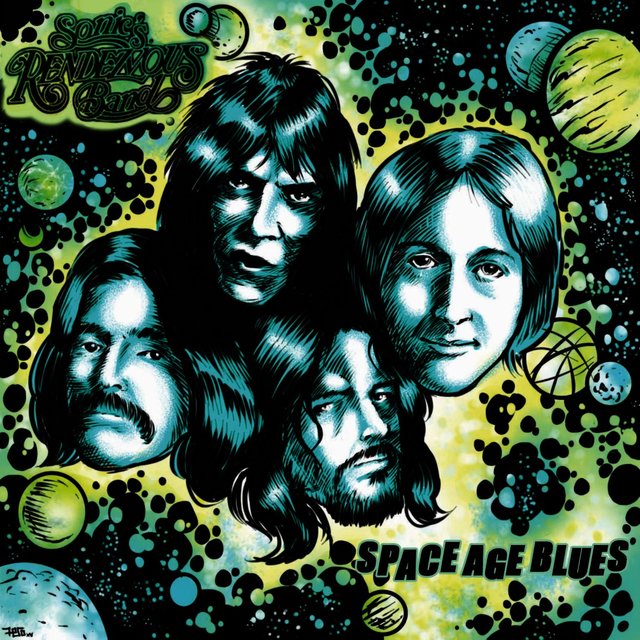 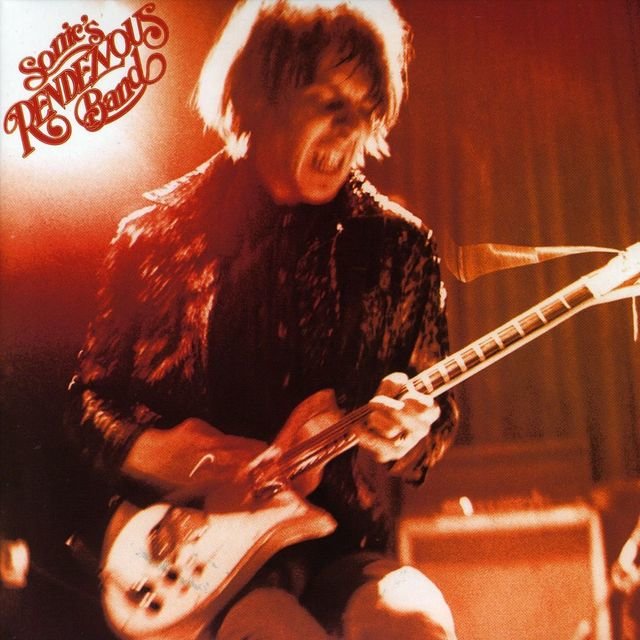 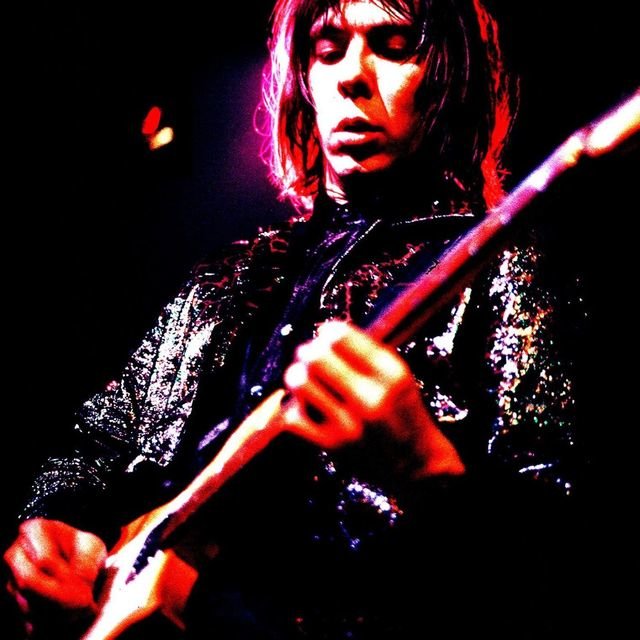