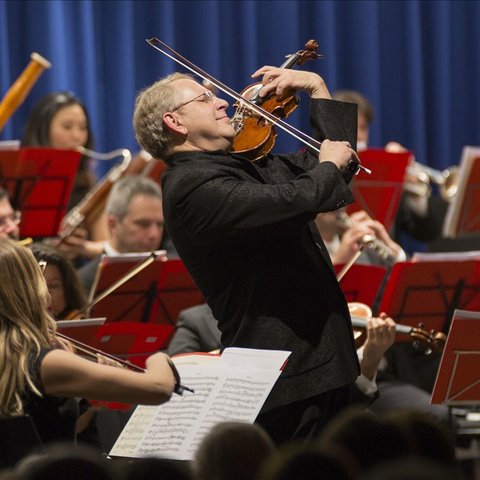 After a heady burst of international celebrity, Russian-born violinist/violist/conductor Shlomo Mintz has settled into his mature years, making solo appearances primarily as a violinist and conducting orchestras, both chamber-sized and those of full symphonic proportions. More intimate chamber music also engages his attention with some frequency. Mintz studied in Israel with Ilona Feher beginning in 1964, continuing in her care until 1973. His professional debut took place in 1968 when he performed with the Israel Philharmonic Orchestra directed by Zubin Mehta. In 1973, the young artist left his country for the United States (and a Carnegie Hall debut) to continue his studies with the celebrated Dorothy DeLay at the Juilliard School of Music, strengthening his technique and seasoning his interpretive skills. An extensive European tour in 1977 brought recognition in numerous venues as Mintz performed with leading orchestras directed by many of the finest conductors. A series of recordings for Deutsche Grammophon followed. First, a 1980 release of the Mendelssohn and Bruch concertos with Claudio Abbado leading the Chicago Symphony Orchestra and the two Prokofiev concertos with the same forces. Two years later, an all-star Vivaldi The Four Seasons placed Mintz in the company of Itzhak Perlman, Pinchas Zukerman, and Isaac Stern. A few years later, DG released a recording of the Sibelius and Dvorák concertos with James Levine and the Berlin Philharmonic; a disc of Franck, Debussy, and Ravel sonatas; and a recording of the Paganini caprices. From 1989 to 1993, Mintz served as conductor of the Israel Chamber Orchestra, also leading such larger symphonic ensembles as the Rotterdam Philharmonic Orchestra and the Israel Philharmonic Orchestra. In 1994, Mintz was engaged as music director of the Limburg Symphony Orchestra in Maastricht, while still continuing to perform as a guest soloist around the world. A 2001 performance of the Mendelssohn violin concerto in St. Louis, for example, drew a loud and prolonged ovation. A member of the Golan/Mintz/Haimovitz Trio, Mintz also plays recitals, often with his trio colleague Itamar Golan, and sometimes with Georges Pludermacher. Mintz has received recognition for his recordings, having been awarded a Grand Prix du Disque on several occasions. His Vivaldi series for MusicMasters recorded with the Israel Chamber Orchestra was well received when it came on the market in the early 1990s. Recognition also came in 1984 with an award of the Premio Accademia Musicale Chigiana. Mintz performs on two distinctive instruments, each noted for its burnished tone. His violin is a Guarneri del Gesù dated 1700, while his viola is by Carlo Giuseppe Testore from 1696. 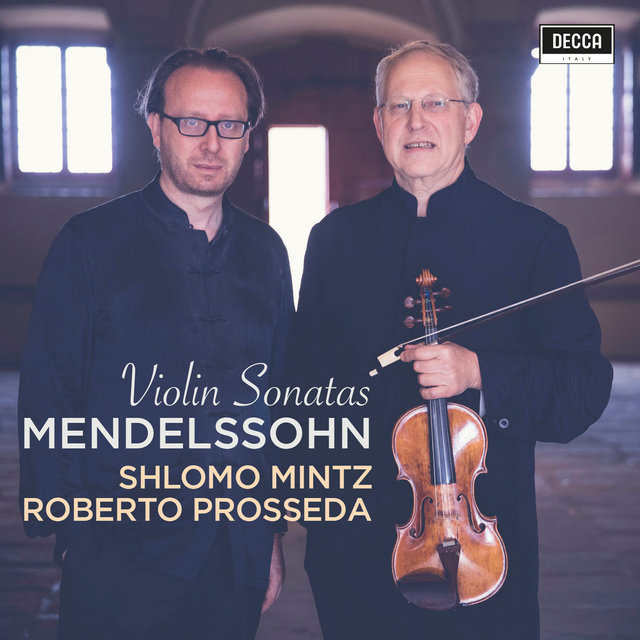 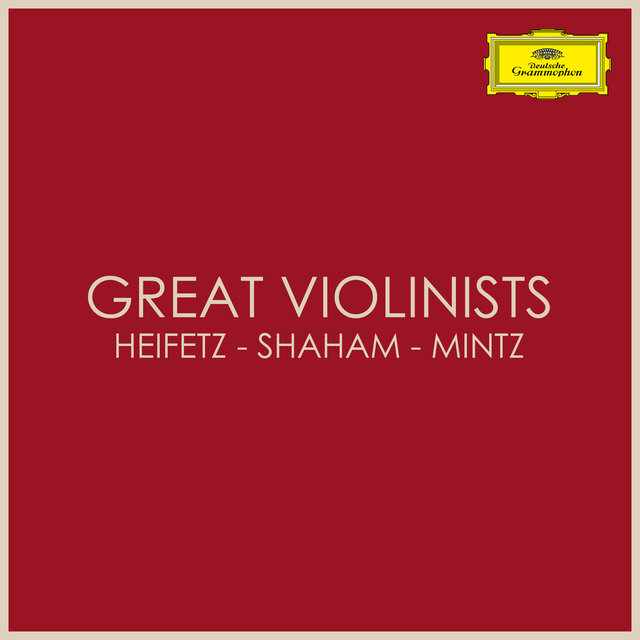 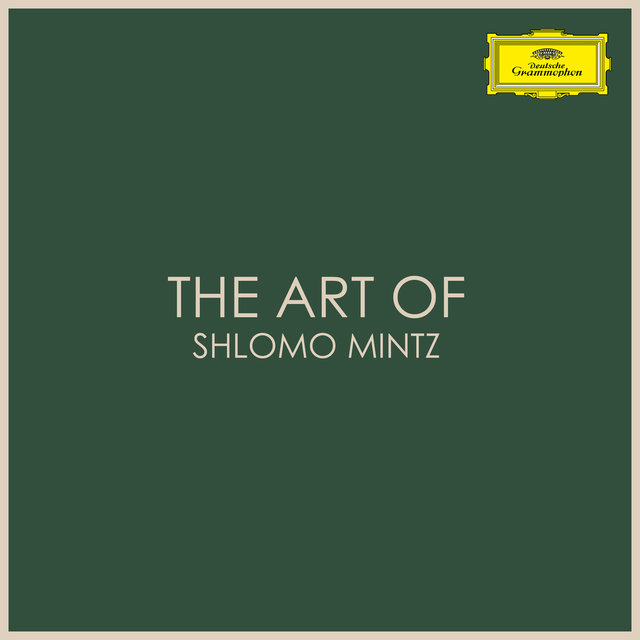 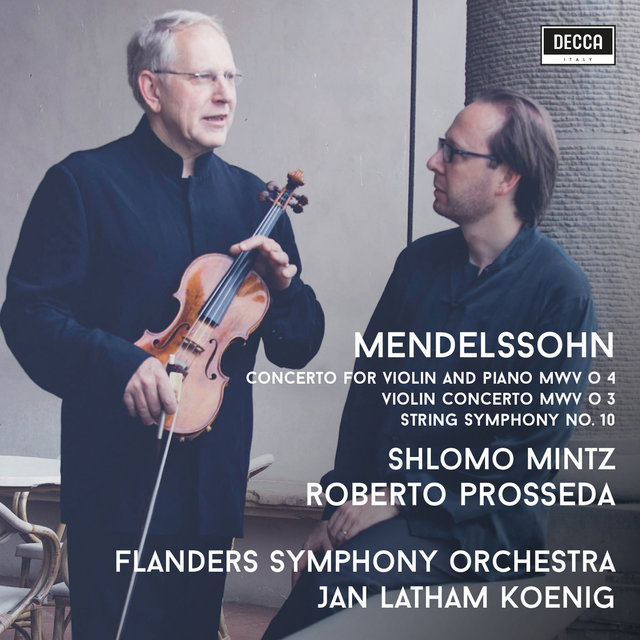 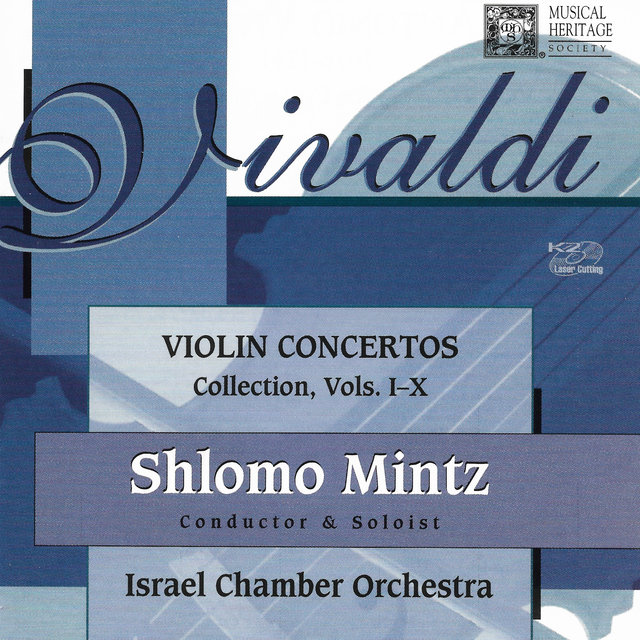 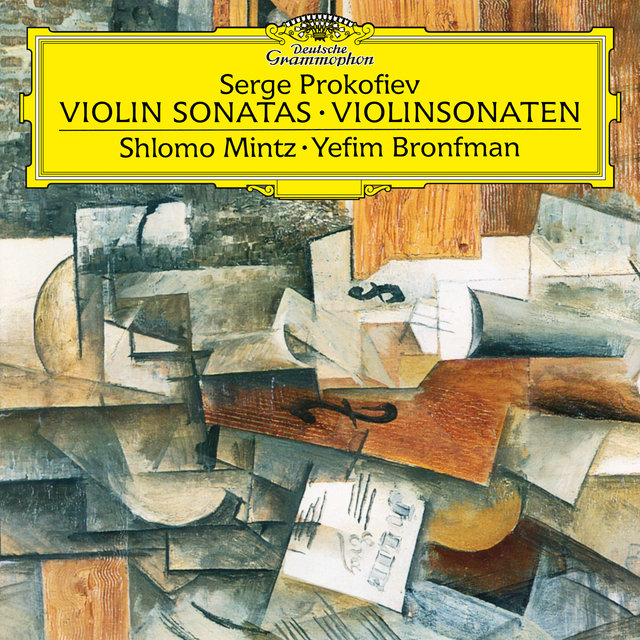 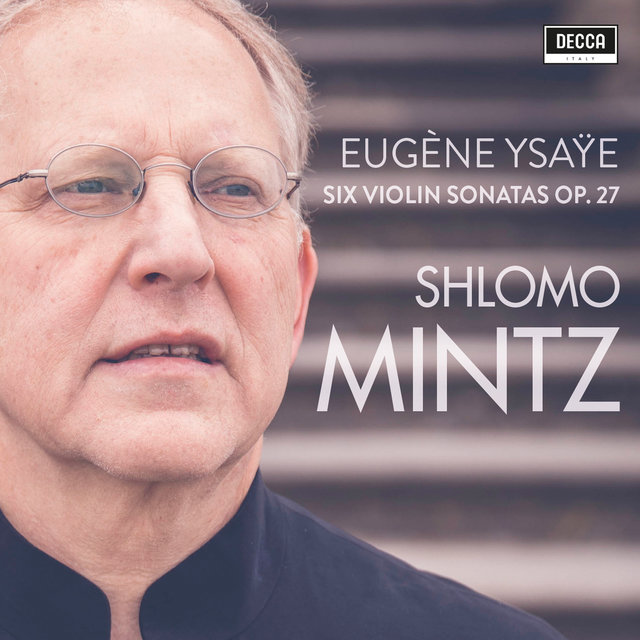 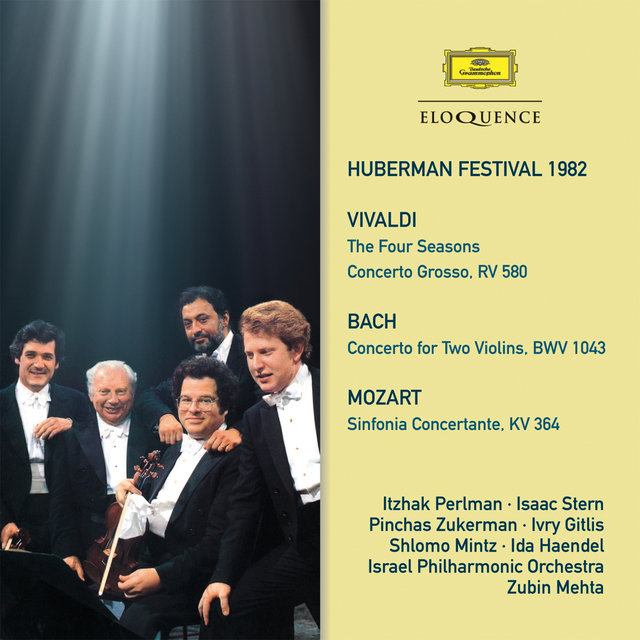 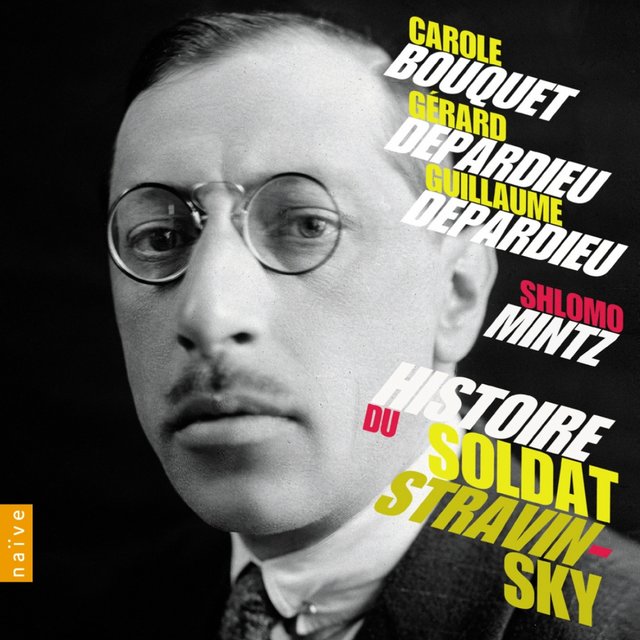 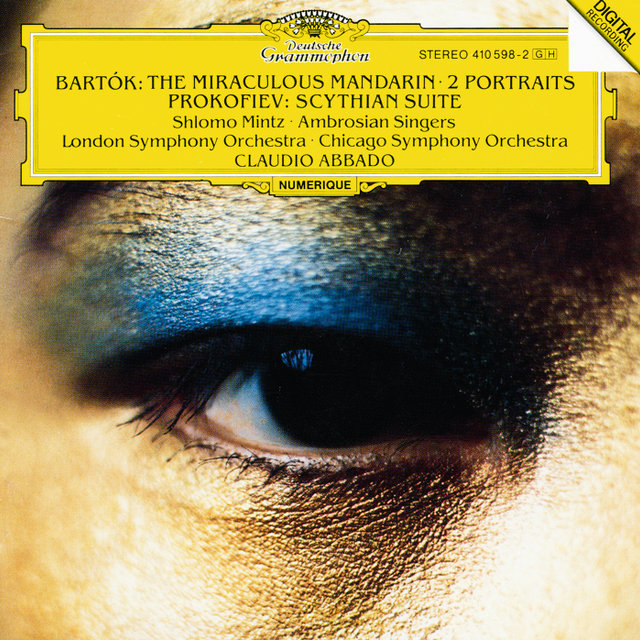 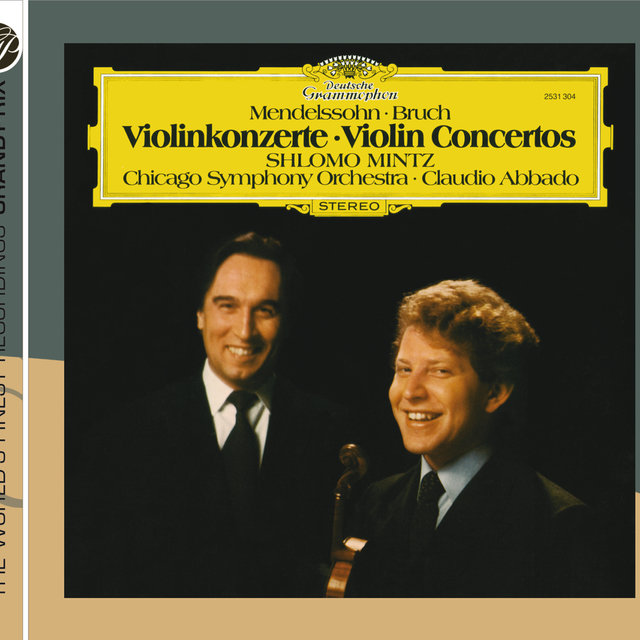 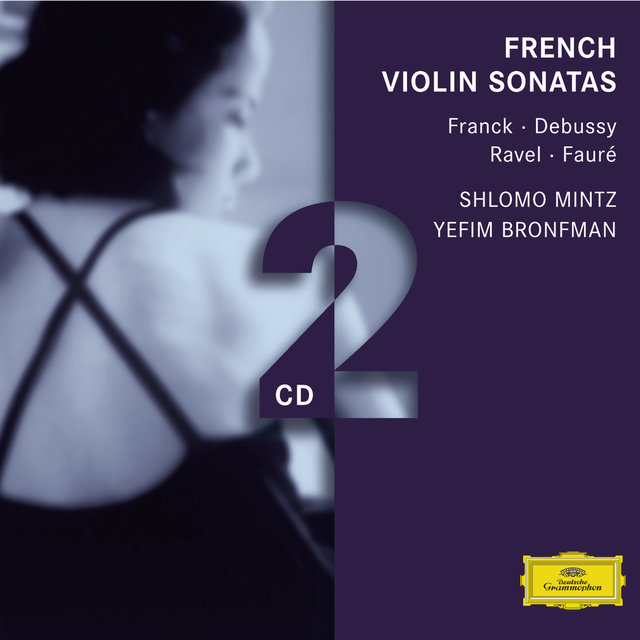 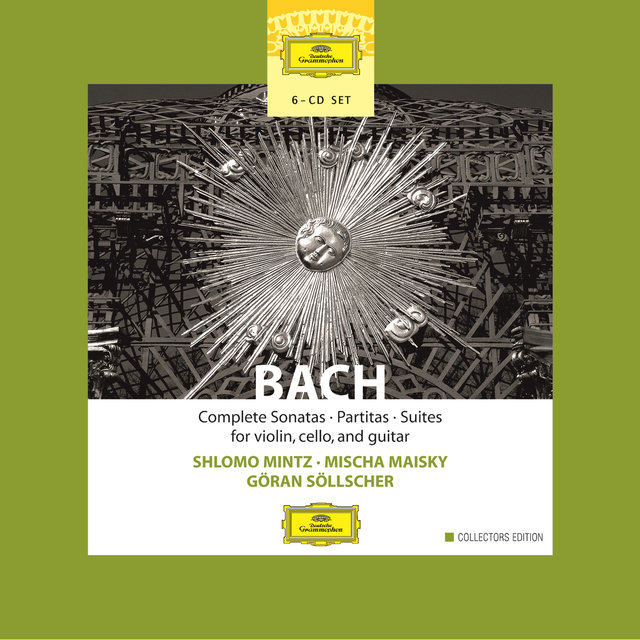 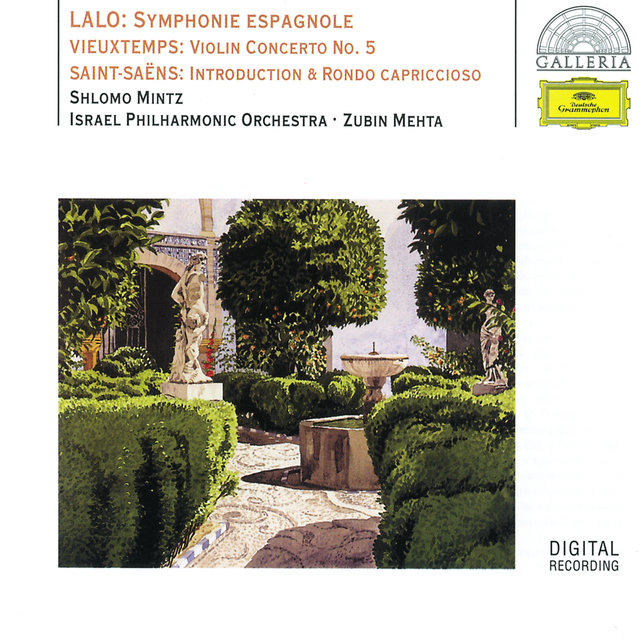 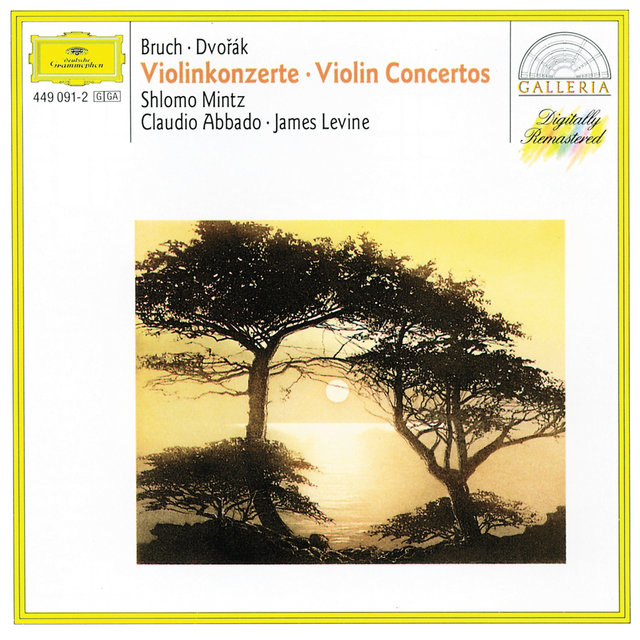 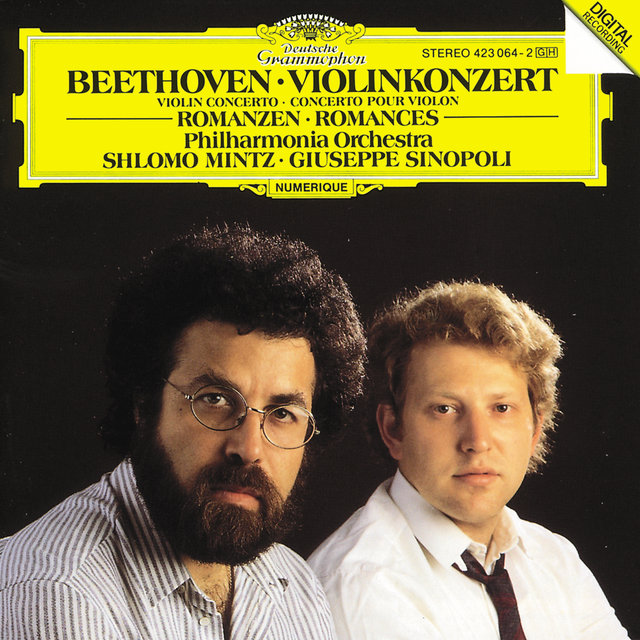 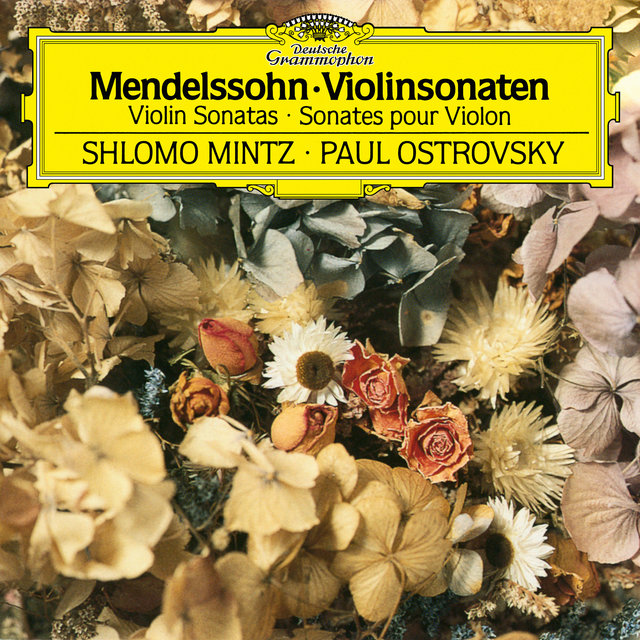 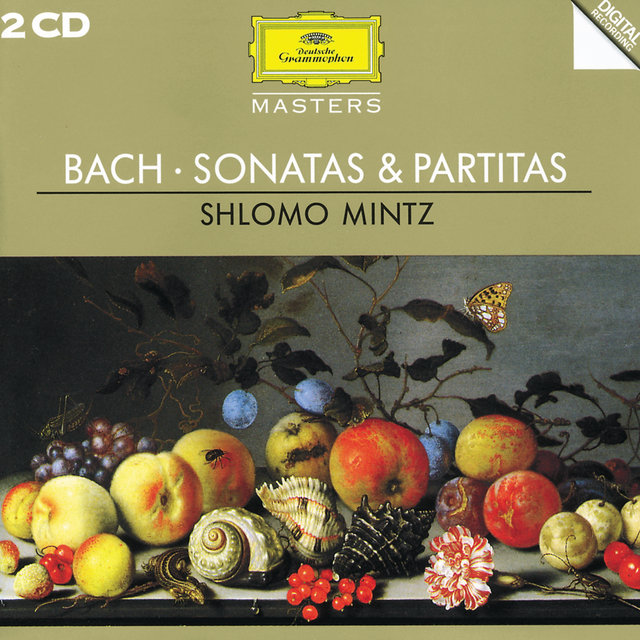 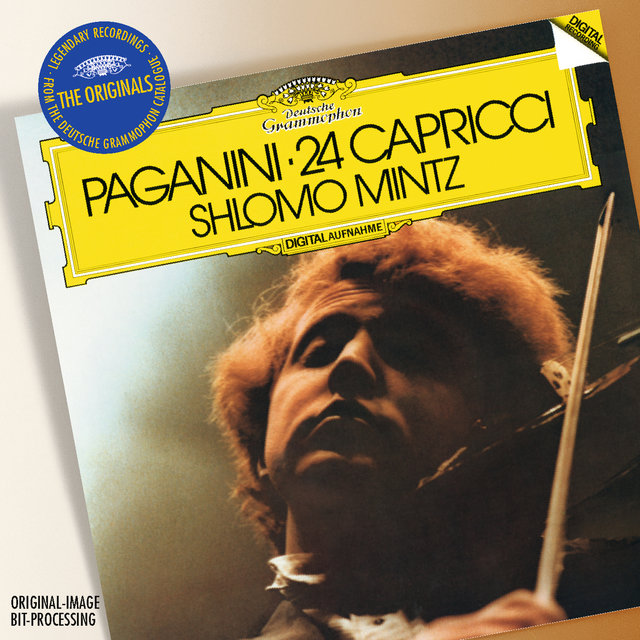 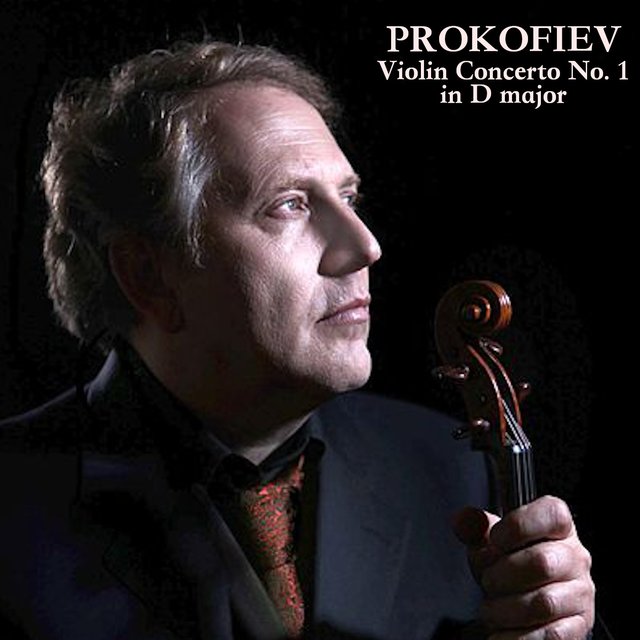