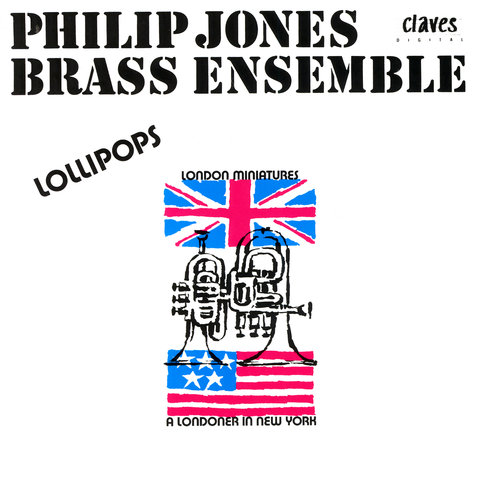 Although the Philip Jones Brass Ensemble actually formed in 1951, its first full-length concert did not take place until the 1962 Aldeburgh Festival. Moreover, the group made its first recording only in 1970. It was the first such brass ensemble to perform in the world's major concert halls and to record with the preeminent labels. Philip Jones (born 1928), the ensemble's founder, was a virtuoso trumpet player whose first important position was with the Covent Garden orchestra, where he played from 1948 to 1951. About the time he resigned from there, Jones founded the ensemble bearing his name, which consisted of a quintet of players featuring two trumpets, a horn, trombone, and tuba. Later, it expanded to ten players for selected bigger concert dates in Europe and the U.S. Jones originally conceived the idea to form the group after hearing the Amsterdam Koper Quartet, an obscure ensemble of brass players whom he had heard in an Edinburgh concert. The players most closely associated with the Philip Jones Brass Ensemble during its 35-year existence were Elgar Howarth (trumpet), who was also a well-known composer and conductor; Ifor James (horn); John Iveson (trombone); John Fletcher (tuba); and of course, Jones. Other players over the years, generally those added when ten pieces were used, included the famed horn player Alan Civil, James Watson, John Wilbraham, Rod Franks, John Miller, Denis Wick, Dave Stewart, Chris Mowat, and Frank Lloyd. After founding the group in 1951, Jones freelanced over the next few years while his ensemble made infrequent appearances, advancing little toward establishing a reputation beyond the British Isles. Jones joined the Royal Philharmonic Orchestra for four seasons, beginning in 1956, then the Philharmonia in 1960 for an identical tenure. From 1962, the PJBE slowly built a reputation that evolved as their repertory grew, especially from pieces by Giovanni Gabrieli and Johann Pezel. Jones had shorter stints with other British orchestras in the 1960s: the London Philharmonic in 1964-1965, the New Philharmonic Orchestra in 1965-1967, and the BBC Symphony Orchestra from 1968 to 1972. By the time Jones had left the BBC, his ensemble had made its first recordings and was in demand not only in the U.K., but throughout Europe and the U.S. They began to draw important commissions too, including one from American composer Raymond Premru, who composed his Divertimento for them in 1976. But the PJBE also began playing other modern works, including ones by Richard Rodney Bennett, Hans Werner Henze, and Toru Takemitsu. The ensemble also began working with choral groups, in particular with the London Bach Choir. Much of the repertory of the PJBE were transcriptions of well-known classical works. Elgar Howarth made one of Mussorgsky's Pictures at an Exhibition in 1979, which the group then premiered and recorded.

Jones, who had allotted some of his time to teaching when he left the BBC Symphony Orchestra in 1972, retired from the ensemble in 1986, thereafter focusing his professional activities on teaching. Yet he might have continued the PJBE had a freak accident not hastened his decision to retire: he drove his automobile over his trumpet case. The group then disbanded, but re-formed under the name the London Brass. Without doubt, the PJBE was one of the most influential instrumental ensembles in terms of laying the groundwork for the establishment of similar highly successful groups, such as the Canadian Brass and the Empire Brass. 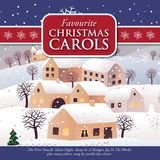 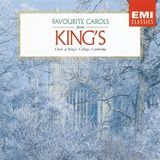 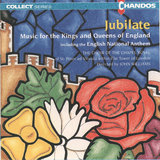 Music for His Majesty's Cornetts and Sackbuts: II. Air

Jubilate - Music for the Kings and Queens of England 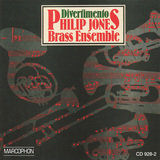 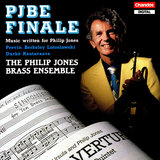 Triolet for Brass: I. Opening 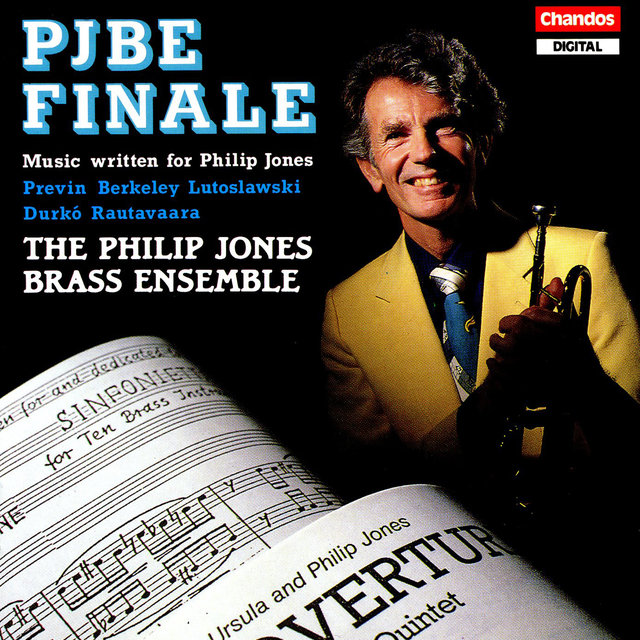 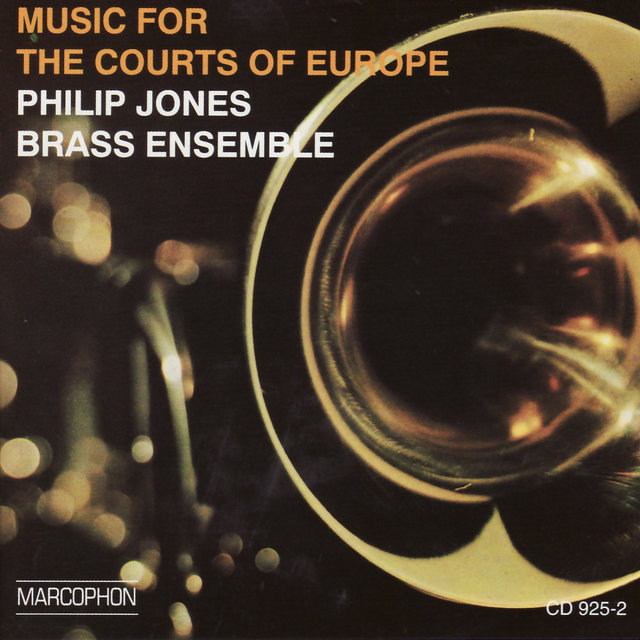 Music for the Courts of Europe
Philip Jones Brass Ensemble 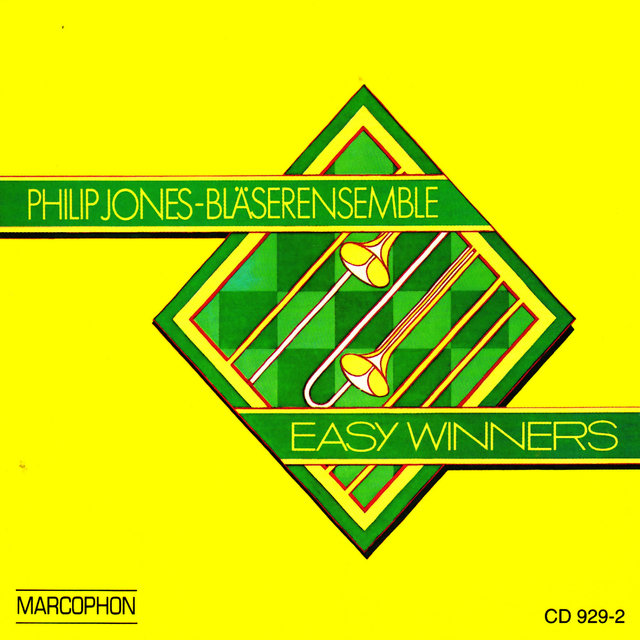 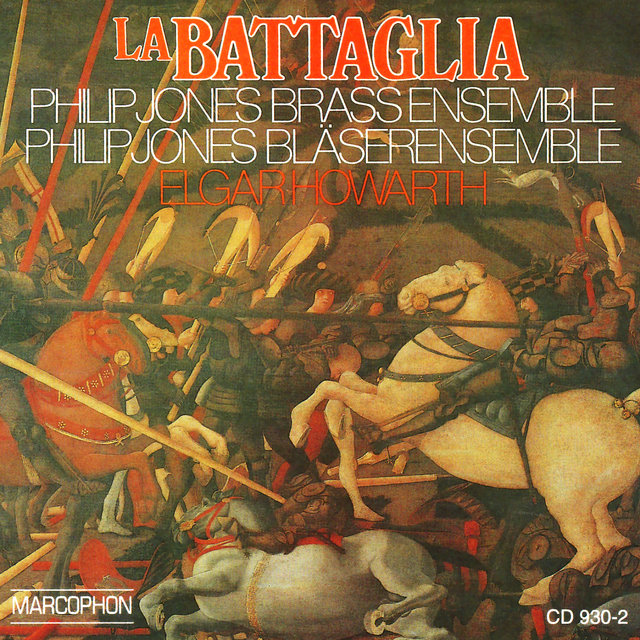 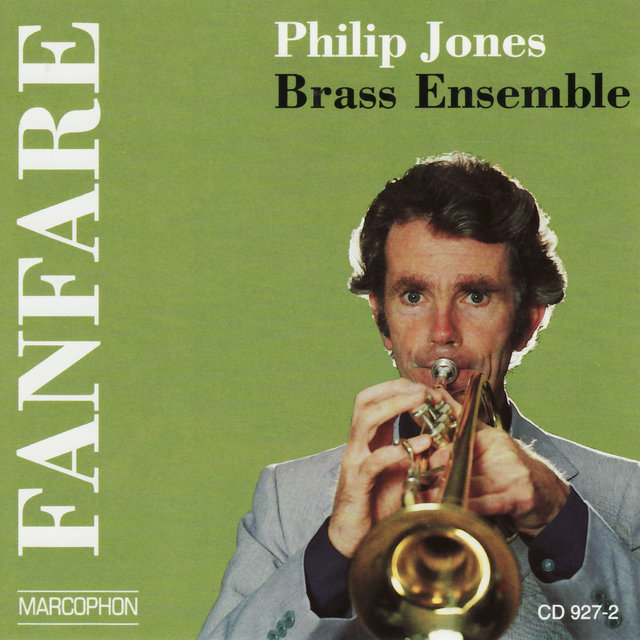 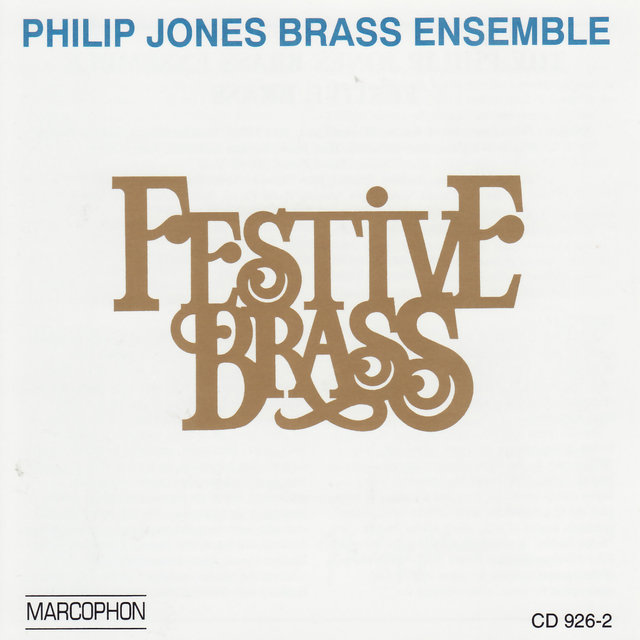 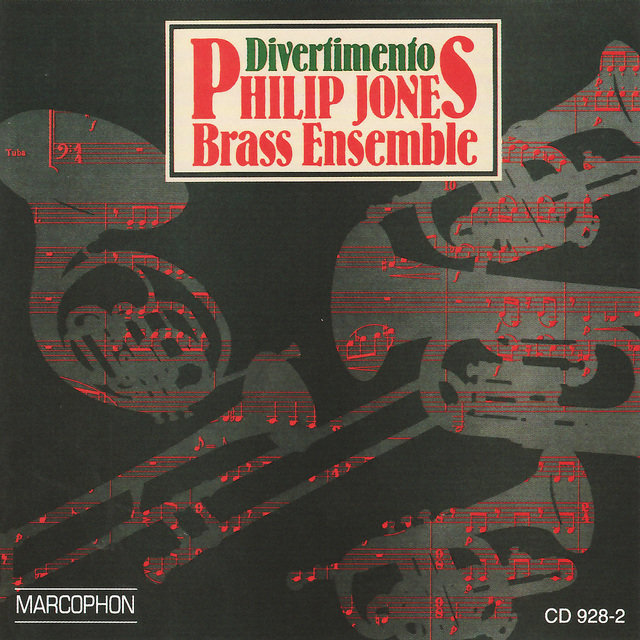 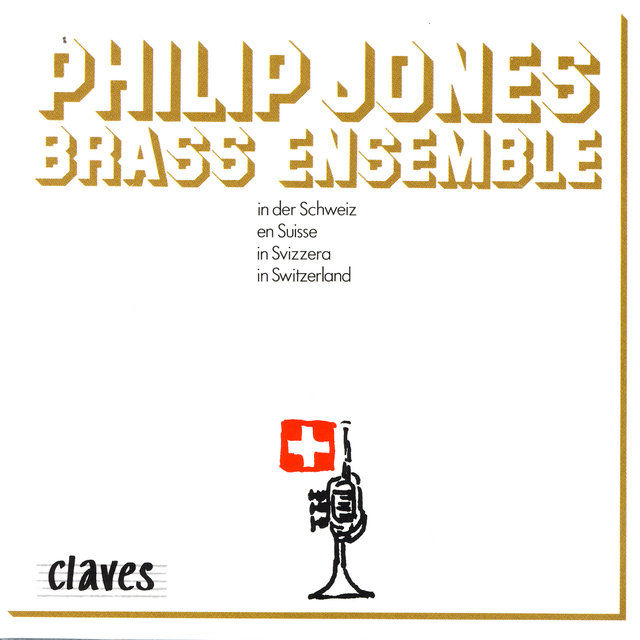 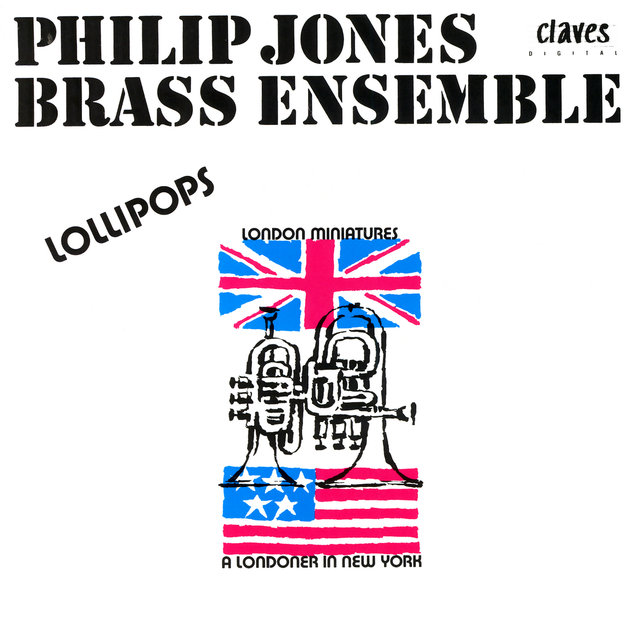 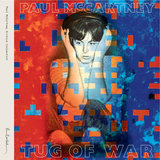 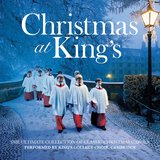 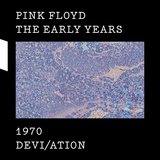 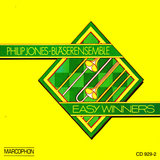