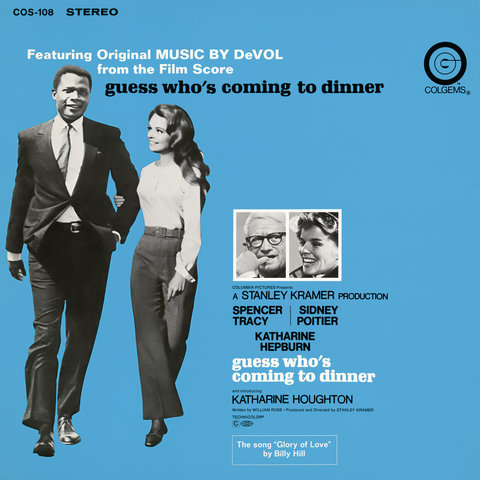 Frank DeVol was never quite a "household name," but for a few years in the 1960's, his name came into millions of American households every week, sometimes more than once each week. As a bandleader and arranger, he was one of the busiest working musicians of the 1950's and 1960's, and as a composer, he wrote more than 50 movie scores—but it was his theme music for series such as My Three Sons and The Brady Bunch by which he came into our homes and pop-culture consciousness for decades. Frank DeVol was born in Moundsville, West Virginia and raised in Canton, Ohio, the son of a band leader. In 1925, at age 14, he was already a paid-up member of the musicians' union, playing violin and piano in a band led by his father at a local theater. He taught himself the saxophone after saving enough to buy one, and he played professionally. By the end of the 1930's, DeVol was playing in and arranging material for the Horace Heidt Orchestra. He moved into radio work when the Mutual Network hired him as a band leader on one of its shows in California, and he went on to become a band leader and arranger for such renowned figures as Rudy Vallee and Dinah Shore during the 1940's. DeVol also worked as a band leader and arranger on recordings by figures such as Vic Damone, Doris Day, and Tony Bennett. In 1954, DeVolmade the jump to composer when he was engaged to write the music for a Robert Aldrich movie called World for Ransom. Despite the fact that the movie was produced on a low budget and wasn't very visible to the trade, the score was good enough to get DeVol the first of five Oscar nominations that he would receive throughout his career. Aldrich used him on several subsequent big-budget movies, including The Dirty Dozen (which yielded a hit single), Kiss Me Deadly, Attack, Hush . . . Hush Sweet Charlotte (another Oscar nominee for music), Flight of the Phoenix, Ulzana's Raid, The Longest Yard, and All The Marbles. His other movie scores included Guess Who's Coming To Dinner (another music Oscar nominee), the '50s romantic comedy Pillow Talk (also nominated for an Oscar for music), the western comedy McLintock!, and the western adventure Duel At Diablo. It was in television, however, that DeVol made his biggest impact. His theme from the sitcom My Three Sons remains one of the most familiar of early 1960's television title music, and his title theme for The Brady Bunch earned one of five Emmy nominations that DeVol received. He also wrote the title music for Family Affair, among many other series. DeVol made occasional on-screen appearances as an actor. During the early 1960's, he played Mr. Bannister, the nervous employer of John Astin and Marty Ingles, in the sitcom I'm Dickens, He's Fenster. And in the 1970's, he endeared himself to a new generation of fans of satiric comedy with his portrayal of Happy Kyne, the leader of the studio band (the Mirthmakers) on the fictional talk-show Fernwood 2-night (later America 2-night). The notion of Frank DeVol, whose screen manner could make coffee nervous, playing anyone name "Happy" was funny enough, but DeVol played the role at a deeper and more sophisticated level. When Happy Kyne & the Mirthmakers did a patriotic medley for the Fernwood 2-night July 4th program, the music would shift just as something resembling a familiar march tune manifested itself, or a beat that might get the listener's foot tapping turned up. DeVol also recorded many albums of pop standards and salutes to American songwriters in his capacity as a band leader in the 1950's.

The Glory of Love (Vocal)

The Old Sweet Songs of Christmas

The Old Sweet Songs of Christmas

Theme from "Guess Who's Coming to Dinner" 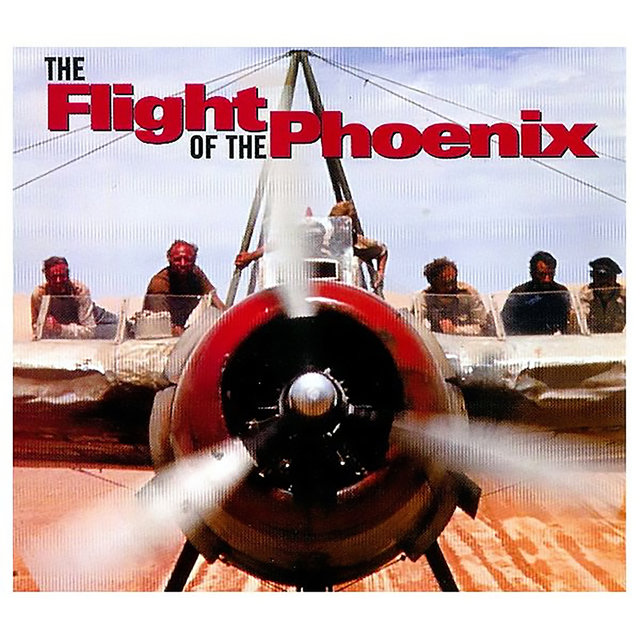 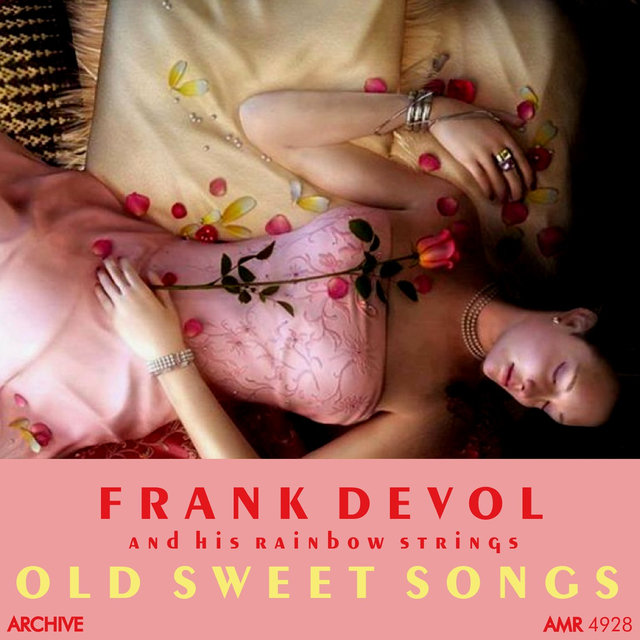 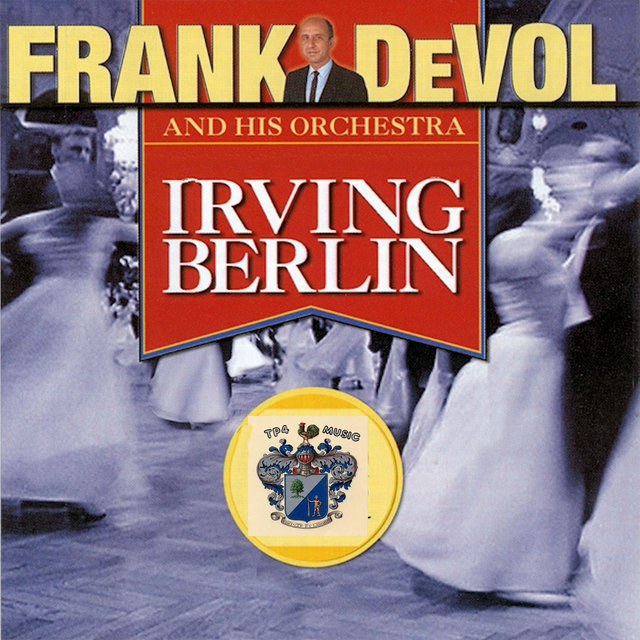 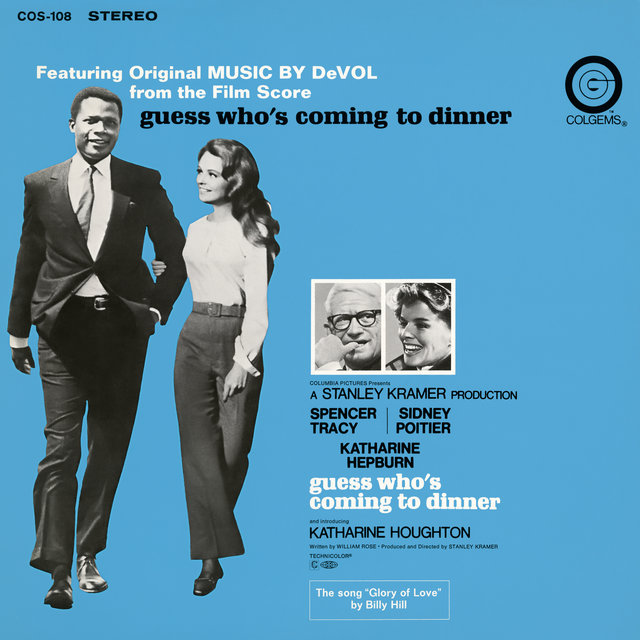 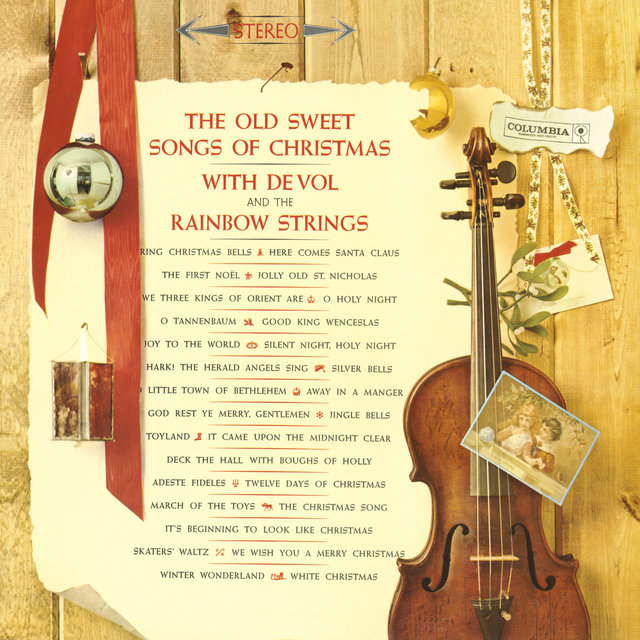 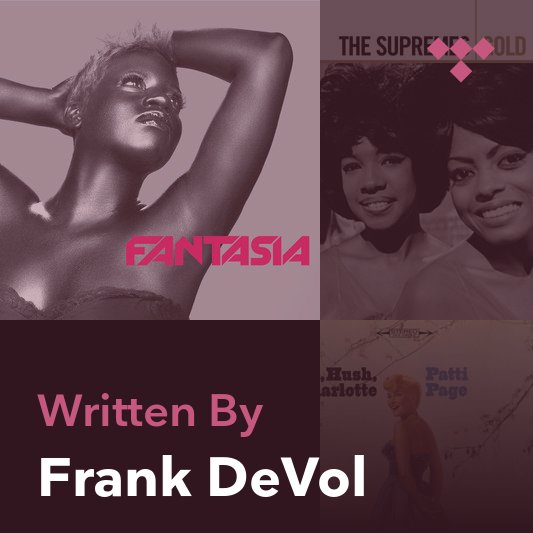