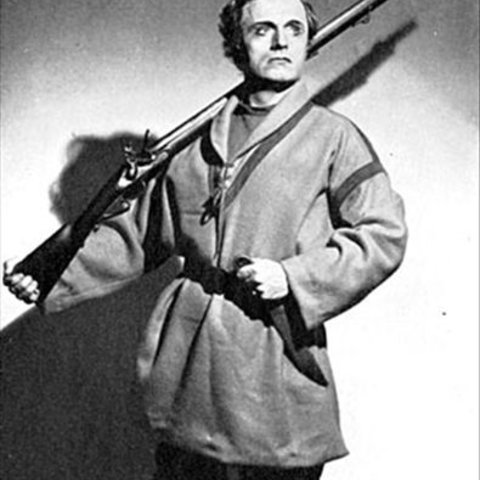 Fourteen years younger than Danish heldentenor Lauritz Melchior, Set Svanholm moved into much of the same repertory in the 1940s, making himself even more important to companies offering large measures of Wagner. Instead of Melchior's immense physical presence, Svanholm offered a much slighter appearance. His slender and athletic build served him well in most pairings, save those with such sizeable ladies as Helen Traubel and Kirsten Flagstad. A plangent sound, not infrequently hard-edged, and a growing tendency to slide into notes rather than attacking them forthrightly prevented his reaching the vocal plateau occupied routinely by Melchior. Still, during his prime years, he was often the next best thing and, periodically, an artist of distinction. A little short of true heroic tenor amplitude, his voice nonetheless had sufficient cutting power to be heard through Wagner's thickest scoring.

Like Melchior, Svanholm began his singing career as a baritone. Following organ lessons from his father, a Lutheran minister, Svanholm prepared for a teaching position and actually served a school near his home for a two-year period. Wishing to deepen his musical knowledge, he performed a series of organ recitals to amass the financial means to do so. At 23, he entered the Stockholm Conservatory, initially devoting himself to counterpoint, composition, and piano. When he entered the voice class of famous (and demanding) Swedish baritone John Forsell, he found himself in the company of three other students: Jussi Björling, Joel Berglund, and a young lady who would later become his wife.

After completing his course work, Svanholm pursued church music as both a singer and a director. In 1930, he made his debut with the Stockholm Opera in the baritone role of Silvio. Singing as a baritone for several years, he finally yielded to his wife's insistence that he was really a tenor and retired for re-training. In 1936, he returned to the stage as Radames in a performance heard by Bruno Walter. Without delay, Walter engaged Svanholm for the Vienna Staatsoper where his debut as Siegmund was acclaimed and quickly led to other offers. Graz, Munich, and Prague heard him in quick succession, as did Salzburg (1938), Milan (1942), and Bayreuth, where he sang Erik and both Siegfrieds in 1942. Throughout this period, he remained a member of his home company, offering Stockholm audiences both Wagner and an assortment of other dramatic roles, ranging from Enée to Peter Grimes. A planned 1940 - 1941 American debut was postponed by WWII, but Svanholm finally arrived at the Metropolitan Opera in November 1946 after having appeared in both San Francisco (September) and Chicago (October).

Svanholm was assessed as an above-average Lohengrin in San Francisco, joined with Helen Traubel in Chicago for a Tristan und Isolde of "exalted emotion," and was appreciated for his limber figure as the young Siegfried in his Metropolitan debut. Further comments described his singing as reliable in most roles, if not really satisfactory for Radames. Svanholm remained at the Metropolitan for ten seasons, singing mostly Wagner and Strauss along with the occasional odd role such as Eisenstein in Die Fledermaus. A London debut during the 1948 - 1949 season found Svanholm praised for his boyish-appearing young Siegfried, less so for a Tristan found lacking in poetry. He remained with Covent Garden through 1954. In 1956, Svanholm was made director of the Stockholm Opera, a post he retained until 1963. 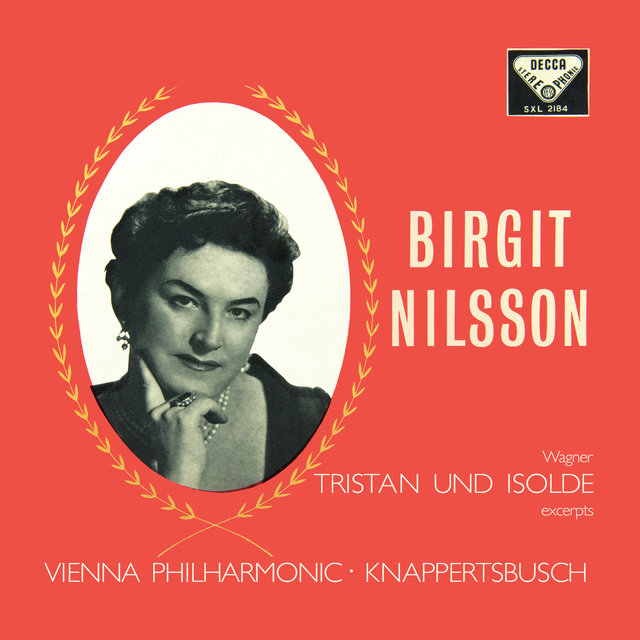 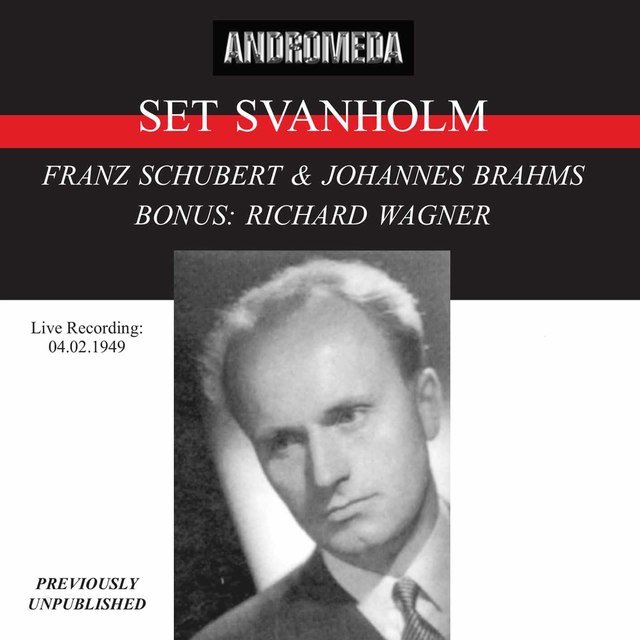 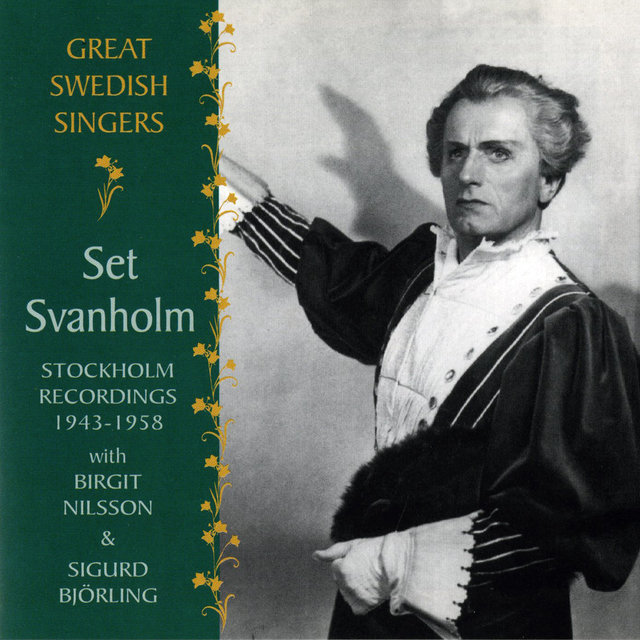 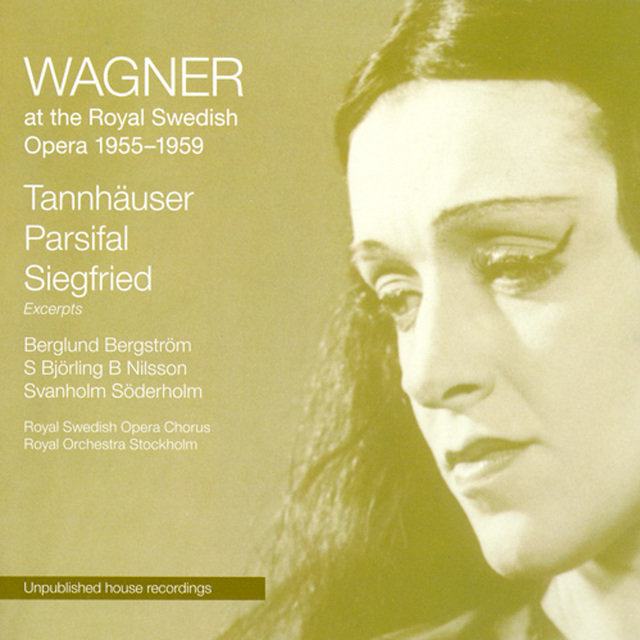 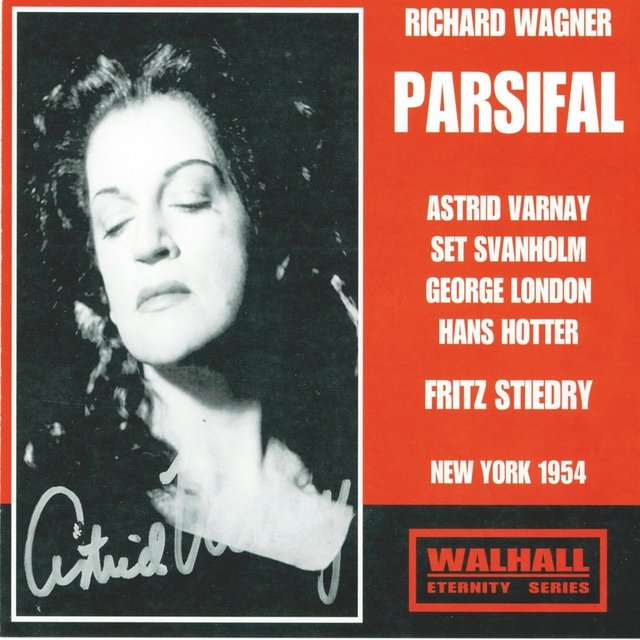 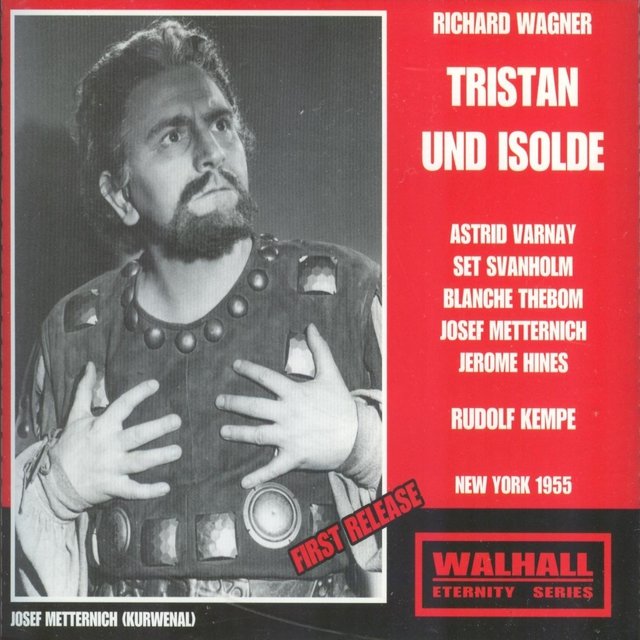 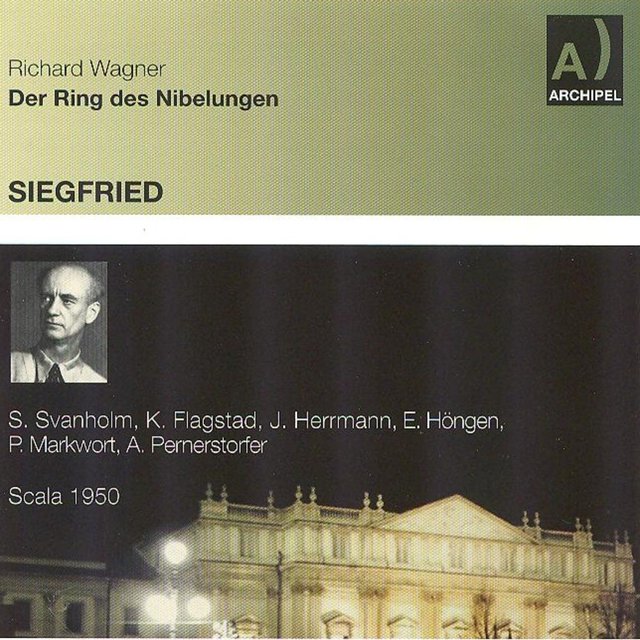 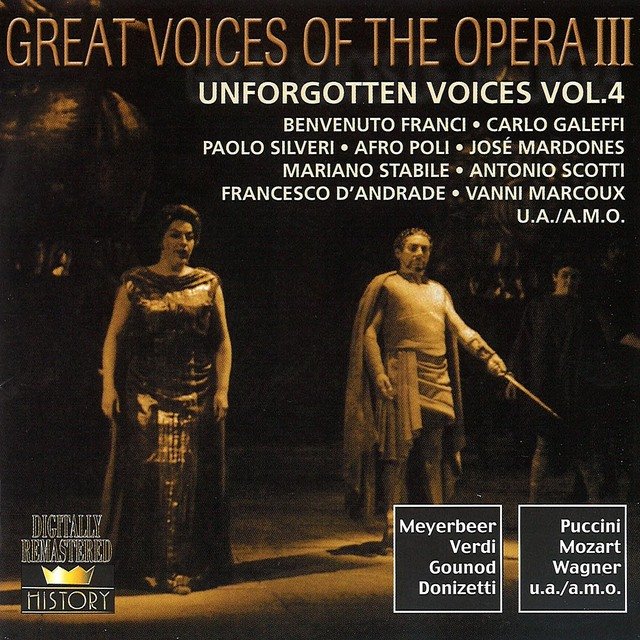 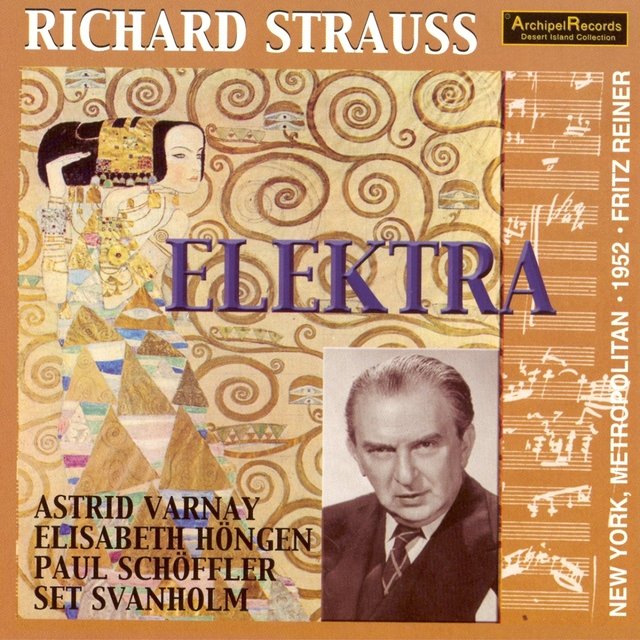 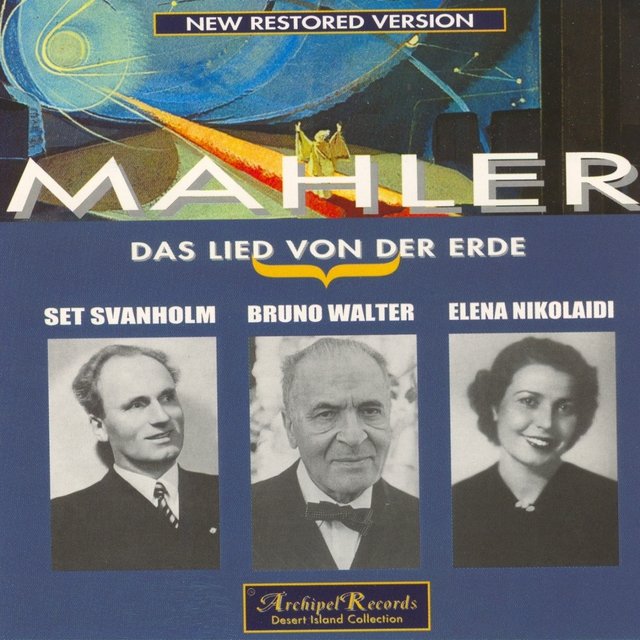 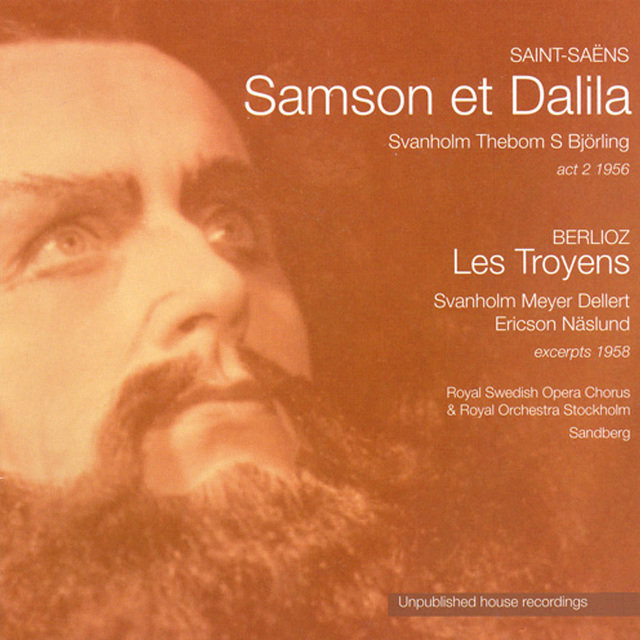 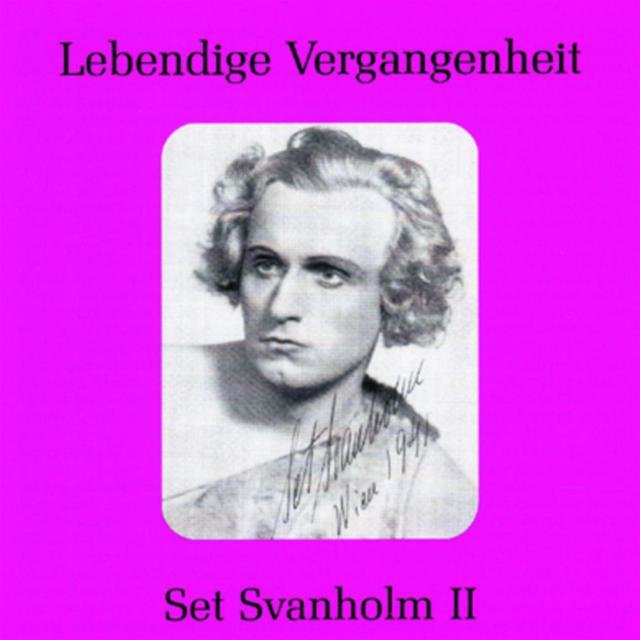 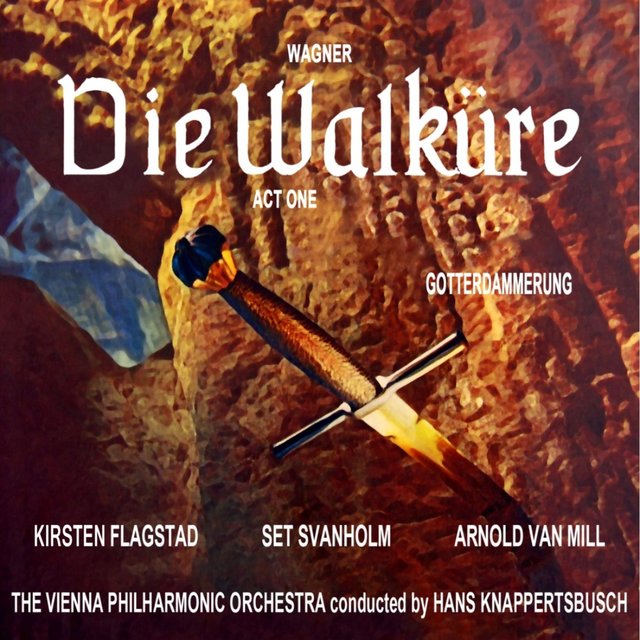 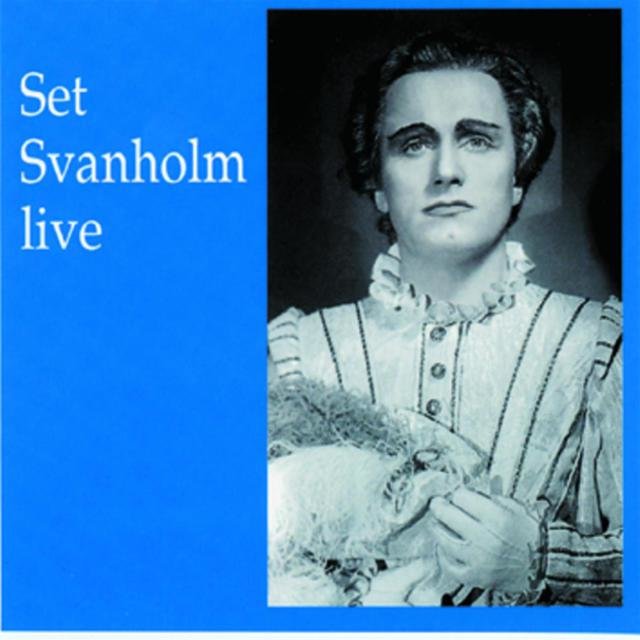 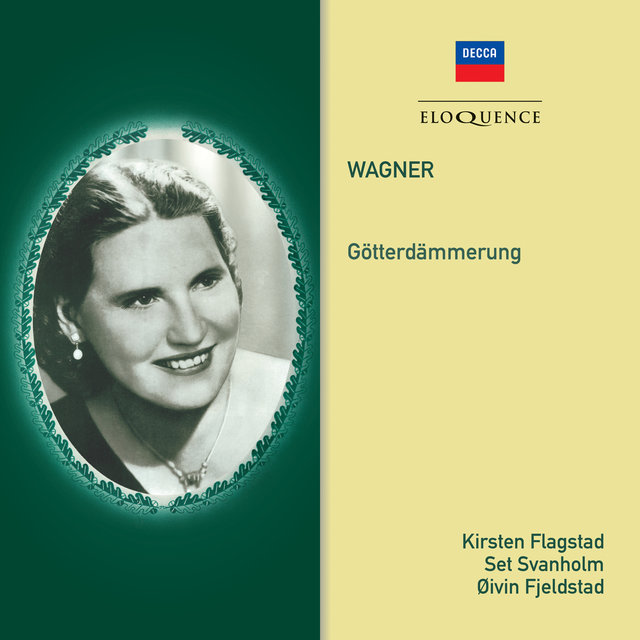