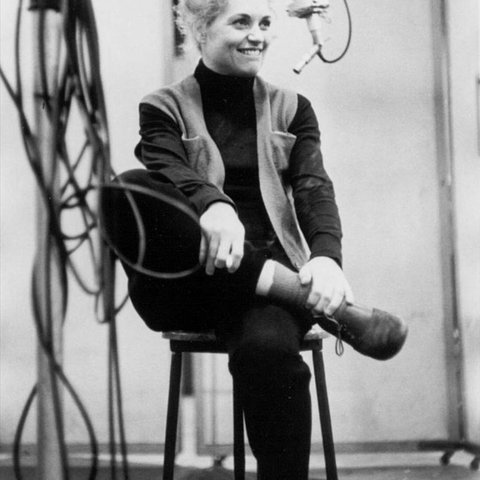 Although her life was cut tragically short by cancer, actress/singer Judy Holliday managed significant accomplishments in a career that lasted 25 years and included both Academy and Tony Awards. Her body of work is relatively small: significant roles in eight feature films, three Broadway plays, and two stage musicals, plus occasional recordings, radio and television appearances, and nightclub performances. But she achieved major stardom in Hollywood and in the legitimate theater during her career, creating indelible characterizations of appealing women who turned out to be much smarter than they appeared at first. Audiences identified with these funny, down-to-earth portrayals and filled theaters to see Holliday whether she appeared onscreen or in person.

Holliday's date of birth is widely cited as 1922, but her biographer, Gary Carey, reports that her birth certificate on file at the New York Department of Health shows that she was born on June 21, 1921. The name on that certificate is Judith Tuvim. She was the only child of Abraham Tuvim, a fundraiser and promoter, and Helen (Gollomb) Tuvim, a housewife who played and later taught piano. (Abraham Tuvim was something of a jack of all trades, with songwriting among his talents. He is credited for additional lyrics in the 1934 Broadway musical Africana.) Holliday took ballet lessons as a child and showed a youthful interest in the theater. When she was six, her parents separated, though they were never divorced, and she was raised by her mother. At the age of ten, she took a standard intelligence test that registered her IQ at an extraordinarily high 172; not surprisingly, she was a voracious reader and graduated from high school first in her class in 1938. But she did not go on to college, instead taking a job as a telephone operator at the Mercury Theatre, where she hoped to become a playwright and director. In September 1938, she convinced the owner of the Village Vanguard, a small nightclub in Greenwich Village, to let her bring in a group of friends to provide the entertainment on Sunday nights. This was the birth of the Revuers, a troupe of five writer-performers — Holliday, Betty Comden, Adolph Green, John Frank, and Alvin Hammer — who acted out and sang comic and satirical material. They gradually built up a following and earned positive press coverage over the next year, which allowed them to move to other nightspots, including the prestigious Rainbow Room at Rockefeller Center. By the spring of 1940, they had their own radio show on NBC, and they recorded a couple of their routines for Musicraft Records, "Joan Crawford Fan Club" and "The Girl with Two Left Feet."

Between 1940 and 1943, the Revuers combined important New York bookings (Radio City Music Hall, the Blue Angel, Café Society) with club appearances around the country. In 1943, Frank left the act, reducing them to a quartet, shortly before they traveled to the West Coast for what turned out to be an abortive movie offer and a booking at the Trocadero. There they were seen by many Hollywood talent scouts, resulting in numerous film offers for Holliday. She refused to sign without her partners, however, and finally worked out a deal with 20th Century-Fox by which she would be signed to a term contract while Comden, Green, and Hammer would be signed provisionally and all four would appear together in the movie musical Greenwich Village, then in production, with the understanding that its success would determine their future with the studio. When the picture was released in September 1944, however, the Revuers' scenes had been largely deleted. The group broke up, with Comden and Green returning to New York, where they became a successful lyricist/librettist/screenwriting team, Hammer becoming a character actor in films, and Holliday remaining at Fox. It was the studio that required her name change from Judith Tuvim to Judy Holliday. She was given a one-line part in the movie musical Something for the Boys (November 1944) and a few more lines in Winged Victory (December 1944), but by the time the latter was released, Fox had decided not to pick up her option and she was on her way back to New York.

Holliday was quickly cast in the Broadway play Kiss Them for Me, which opened March 20, 1945, and ran 111 performances. Her featured performance earned her the Clarence Derwent Award for best supporting player of the season. That recognition, in turn, led to her casting in the female lead in Garson Kanin's Born Yesterday, a comedy about a corrupt junk dealer who goes to Washington, D.C., to lobby Congress, taking along his "dumb blonde" girlfriend, who turns out to be not so dumb and ultimately turns the tables on him. Holliday, of course, played the girlfriend, and when the play opened on February 4, 1946, it made her a Broadway star. She stayed in the show for more than three years; ultimately, it played 1,642 performances. On January 4, 1948, she married David Oppenheim, a clarinetist with the New York City Symphony Orchestra. (They would divorce in March 1957.)

Holliday made her television debut in the teleplay She Loves Me Not on Ford Theater, broadcast live on November 4, 1949. She returned to film with a featured role in the Katharine Hepburn-Spencer Tracy movie Adam's Rib (December 1949), which bolstered her claim to be cast in the movie version of Born Yesterday. While she was at work on that picture, her name was published in Red Channels, a book purporting to list Communists and Communist sympathizers in the entertainment industry, largely because she contributed money and participated in benefits for such causes as civil rights for African-Americans and the loyalist (anti-fascist) side in the Spanish Civil War, sponsored by organizations now alleged to be associated with the Communist Party. She was forced to embark on a campaign to clear her name, which culminated in her testimony before the Internal Security Subcommittee of the Senate Judiciary Committee on March 26, 1952, when she denied any Communist affiliation, pleaded ignorance to having aided any Communist-related organizations, and avoided "naming names" of any supposed Communist associates. Meanwhile, she lost out on some television and radio work, although she was a semi-regular on NBC's Sunday night radio series The Big Show during 1951, making seven appearances on the show. (In 1984, AEI Records issued an LP of Holliday airchecks from this program, A Legacy of Laughter, also including a couple of Revuers tracks.)

Holliday's film and stage work, however, continued unabated. Born Yesterday, the first film in her new seven-year contract with Columbia Pictures, was released in December 1950, and in March 1951, she won the Academy Award for best actress over a strong field of nominees that included Bette Davis in All About Eve and Gloria Swanson in Sunset Boulevard. Holliday returned to the stage with a two-week limited run revival of the play Dream Girl on Broadway starting on May 9, and toured the show in summer stock before having to return to Hollywood for her next film, The Marrying Kind (March 1952). Pregnant, she retired temporarily, giving birth on November 11, 1952, to a son, Jonathan Lewis Oppenheim. She returned to work in 1953, and for the next few years acted regularly in film and on television: the movie It Should Happen to You appeared in January 1954; she starred in a television drama, The Huntress, on NBC's Goodyear Playhouse on February 14, 1954; she was part of the NBC special Sunday in Town on October 10, 1954; she starred in the film Phffft, released in November 1954; The Solid Gold Cadillac appeared in October 1956; and Full of Life, which turned out to be her last film for Columbia Pictures, was released in February 1957.

On behalf of Full of Life, Holliday recorded a song of the same title as a single for Decca Records, her first solo recording. She had sung as a member of the Revuers, on the radio, and informally here and there in her films, but her next project was a full-scale singing effort, a Broadway musical, Bells Are Ringing, written for her by her old friends Comden and Green, with music by Jule Styne. The story concerned a telephone receptionist at an answering service who becomes involved with her clients. It was an ideal part for the actress, and when the show opened on November 29, 1956, it became the hit of the season, winning her a Tony Award. The Original Broadway Cast album, released by Columbia Records, reached the Top 20, and Columbia signed her for a solo album, Trouble Is a Man, released in 1958. She remained in Bells Are Ringing for its entire 924-performance Broadway run through March 7, 1959, followed by a 17-week road tour, after which she went to Hollywood to shoot the film version, which opened in June 1960 with a soundtrack album released by Capitol Records.

Holliday was next cast in Laurette, a play based on the life of the actress Laurette Taylor, but she was forced to withdraw from the production while it was in out-of-town tryouts due to ill health. Returning to New York, she was diagnosed with breast cancer and underwent a successful mastectomy. During her recovery, she collaborated with the jazz musician Gerry Mulligan, her romantic companion during the last years of her life, on songs for a proposed musical version of Anita Loos' play Happy Birthday. The show was never produced, but Holliday and Mulligan recorded four of their other songs, along with some standards, for an album in April 1961. It was not issued at that time, but in 1980 DRG Records finally released the LP as Holliday with Mulligan.

Holliday starred in a new musical, Hot Spot, featuring songs by Mary Rodgers and Martin Charnin, which opened on Broadway on April 19, 1963, but the show was a failure, running only 43 performances. (The short run precluded the recording of a cast album, but in 2004 Blue Pear Records issued a live recording of the show that had circulated as a bootleg previously.) Her cancer returned, and she was unable to work after this, her last effort being a collaboration with Mulligan on the title song for the movie A Thousand Clowns (heard only briefly in the finished film). She died on June 7, 1965, two weeks before her 44th birthday. ~ William Ruhlmann

It's a Perfect Relationship

Long Before I Knew You 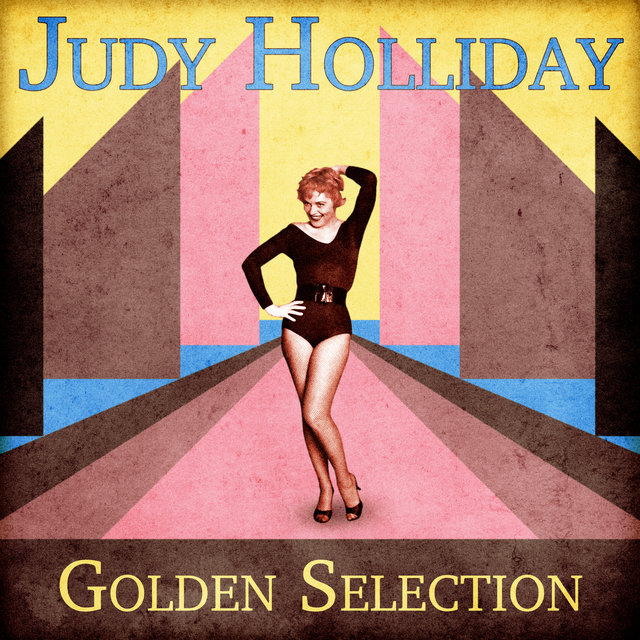 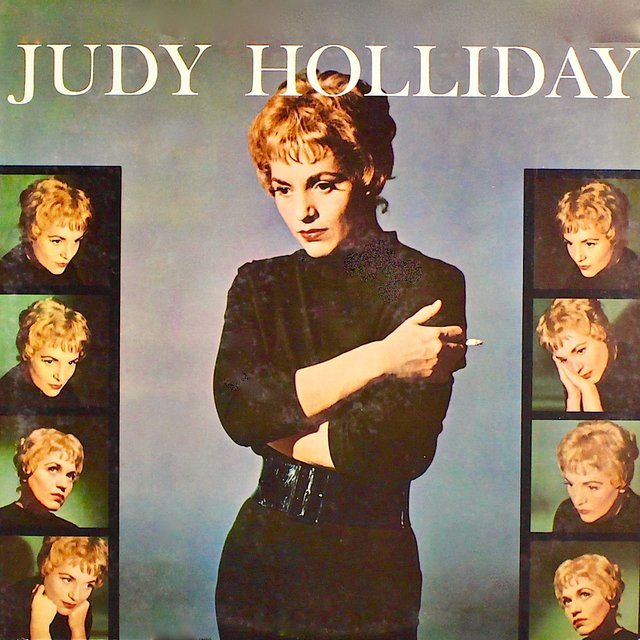 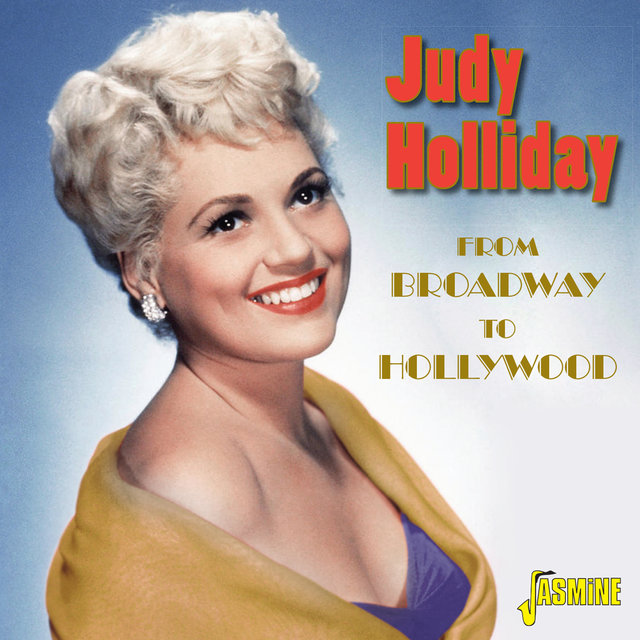 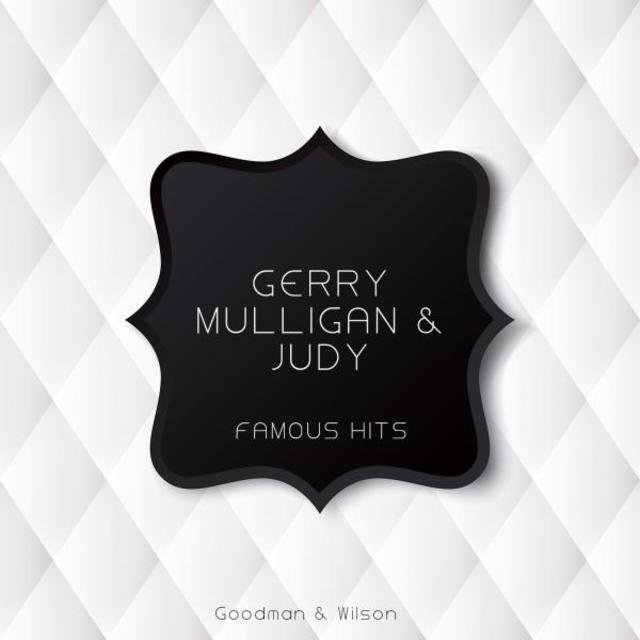 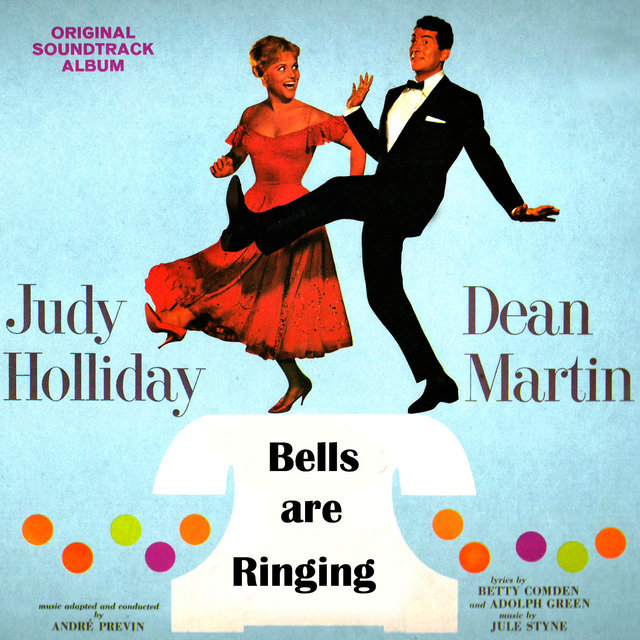 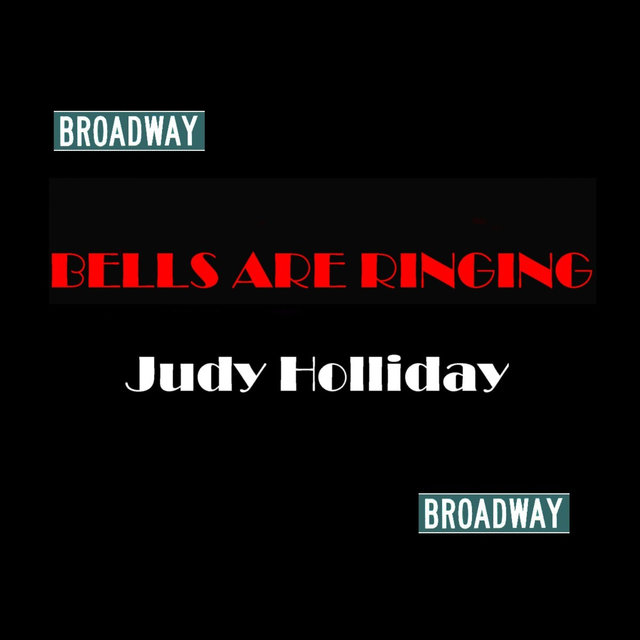 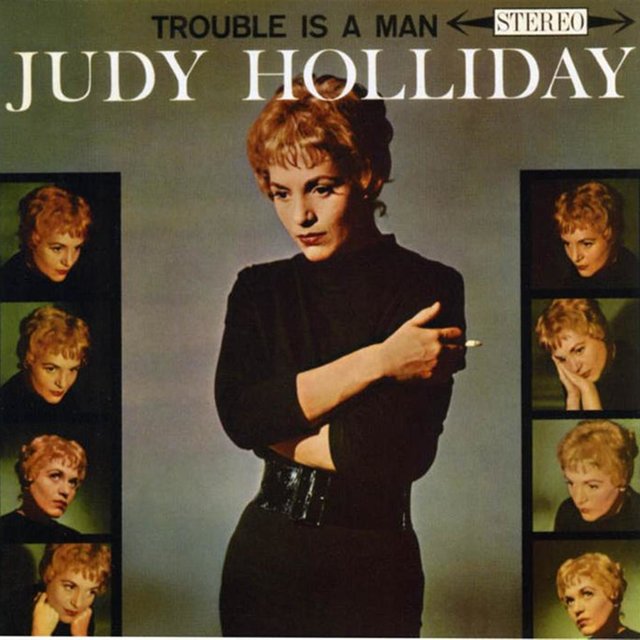 Trouble Is A Man
Judy Holliday 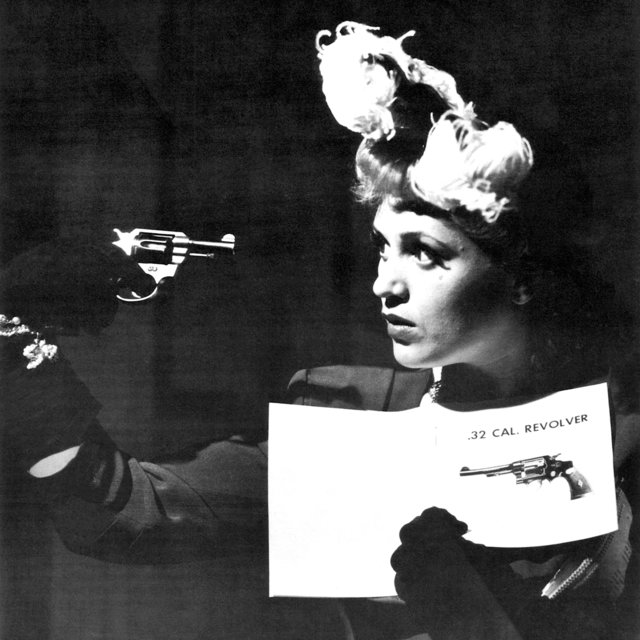 It's a Perfect Relationship