The life of the supermodel-turned-teenage-pop-star daughter of the Mamas & the Papas' John Phillips has been widely speculated upon and written about in respectable memoirs (her father's Papa John) as well as supermarket tabloids. Bijou has been characterized as "riotous," "wild," and "out of control" although she has contested such remarks by writing and recording her own "sensitive, serious" songs. Growing up in her father's tumultuous but wildly creative Southern California home, Phillips was a fan of Joni Mitchell, Rickie Lee Jones, and Phoebe Snow, the likes of which graced her family's dinner table as well as her childhood phonograph. At 15, her father taught her 12 chords on a child-sized guitar he discovered in his basement, and encouraged Phillips to work through family issues through music. Although she was a prolific child songwriter at home, her skills developed more formally at the renowned Miles Copeland songwriting workshop, where she worked with real-deal songwriters Howard Jones, Eric Bazilian, Jill Sobule, Jill Cunniff, and Belinda Carlisle. Angry, cathartic tunes about her father and mother were written and recorded for her debut album, I'd Rather Eat Glass, produced by Talking Heads and Modern Lovers guru Jerry Harrison. Drop-by pals gave Bijou all the encouragement a youngster could possibly handle, including appearances on Glass by Prairie Prince, Bernie Worrell, and Joe Gore. Phillips completed the album project while concurrently being shot for Interview and Italian Vogue covers, as well as acting in Two Girls and a Guy, Black and White, and Grace of My Heart. Yet music, claims the well-provided-for and talented Bijou, is her "true path." ~ Becky Byrkit 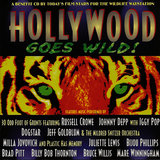 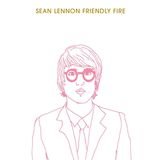 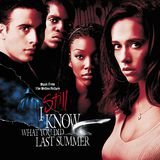