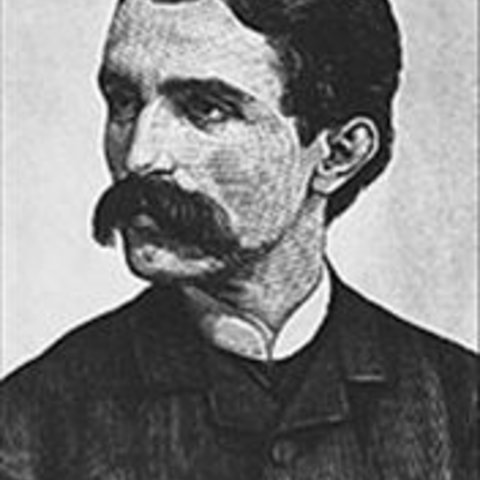 Lucca was home to two established musical families, the Puccinis and the Catalanis. Alfredo was born four years ahead of Giacomo Puccini. He and young Puccini both studied music, as boys, with Fortunato Magi, Puccini's uncle. Catalani's progress was rapid, and he was sent to Paris where he studied with Bazin, though he did not enroll at the Paris Conservatory. He returned to Lucca in 1873 to report for military service, but was rejected due to tuberculosis. He went to Naples to study with Antonio Bazzini. Bazzini introduced him to the salon of Clara Maffei, which was frequented by young artists, musicians, and literary figures like Arrigo Boito and Franco Faccio. They introduced him to Wagner's music, which made a large impression on him. Ignoring the developing trend of verismo opera, Catalani emulated Wagner in choosing, often, tales of the fantastic, with dramatic action. He received a commission from publisher Giovannina Lucca. The result, Elda, was based on the Lorelei legend and published in 1876 and performed in Turin with lukewarm results. Dejanice, the next opera, premiered in 1883 and did poorly.

Catalani was already in declining health due to his tuberculosis, and suffering from guilt over having an affair with his best friend's wife. He roused himself from depression to write a symphonic poem, Hero and Leander. Its success in 1885 gave him new confidence, and he wrote a successful opera, Edmea, premiered at La Scala in 1886. The same year he was appointed professor of composition, at the Milan Conservatory to succeed Ponchielli.

Giovannina Lucca's publishing firm had been promoting his career, but it merged with the more powerful Ricordi firm. Ricordi was promoting Giacomo Puccini's career, and neglected Catalani, seriously damaging his prospects. He hired the composer Zanardi to carry out his planned revisions to Elda. Catalani got no support from Ricordi, and had to arrange for a performance himself. Retitled Loreley, the opera was given on February 16, 1890, in Turin, and was a success.

During this time, Catalani had been devoting his dwindling strength to writing a new opera, La Wally, based on a German romance. The conductor Mascheroni realized that the success of Loreley might make Ricordi more receptive to this new opera. Though Catalani was embittered by his treatment by the firm, Mascheroni brought about a reconciliation. Ricordi accepted the work and promoted it, securing a La Scala premiere on January 20, 1892. It was a huge success, particularly after it was adopted by Arturo Toscanini, who conducted it widely and even named his daughter "Wally." Catalani is remembered today almost entirely for La Wally. He started another opera, based on a Tolstoy text, but soon after starting work suffered a hemorrhage, and died five days later.

The Very Best of Italian Opera 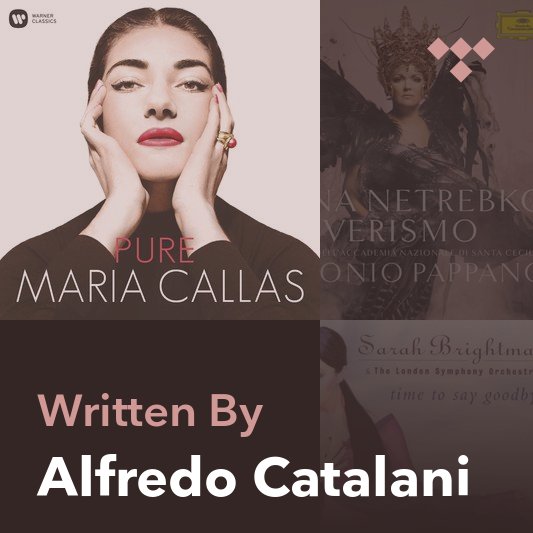