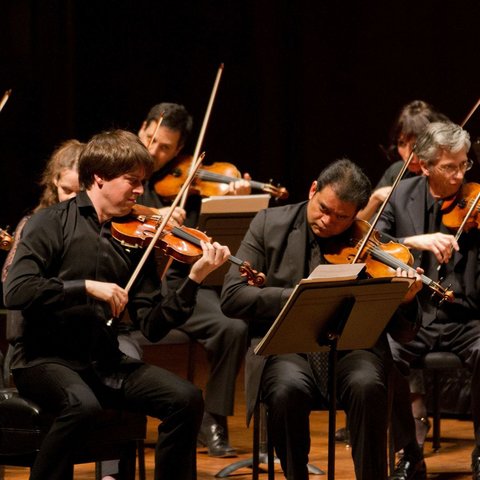 In 1958, violinist Neville Marriner invited a dozen of his colleagues to form an ensemble which would focus on playing Baroque music. Taking the meaning of ensemble playing to heart, the group decided to work without a conductor, as did many chamber orchestras of the Baroque period. In this cooperative spirit, the ensemble worked toward the brilliantly energetic sound and high standard of musicianship which have become its hallmarks. The group performed its premier concert on the auspicious date, Friday, November 13, 1959, in the Church of St. Martin-in-the-Fields from which the ensemble takes its name.

Unable to generate sufficient interest in concerts, the ensemble sought recognition in the recording studio; Louise Hanson Dyer, wealthy founder of the L'Oiseau Lyre Company, gave the Academy its first recording contract in 1961. Other contracts soon followed, including a five-year contract with Argo in 1965. In addition, the ensemble became popular in other venues with appearances on the BBC Proms program and in performances of Vivaldi's Four Seasons and Wagner's Siegfried Idyll for BBC television films.

Incorporated in 1970 under the management of Marriner and four other founding members, the Academy rapidly developed into a highly popular ensemble. With no permanent concert venue of its own, the Academy toured widely between short seasons at the Royal Festival Hall and the Church of St. Martin-in-the-Fields; a tradition that has continued throughout the history of the group. The ensemble also expanded its repertoire to include music from the Baroque to the present day; the ensemble took three different forms to accommodate this variety of music. The largest of these was a group of about 45 musicians lead by Marriner, who, reluctantly, had taken on the role of conductor. The second group was the Chamber Ensemble, which was originally formed in 1967 for the specific purpose of performing large-scale string chamber music. The third form is a small group similar in size to the original ensemble, which is responsible for most of the touring and has, at various times, been lead from the concertmaster's chair by Neville Marriner, Iona Brown, and Kenneth Sillito. The Academy's fluidity of form is made practical by the fact that the musicians are not full-time employees; instead, they are hired as needed for specific engagements.

An association with the Philips company, which began in 1971, set the ensemble on a course toward its establishment as a world-class orchestra. In 1975, Philips offered separate recording contracts to the Academy and to Marriner. Another milestone in the Academy's history, also in 1975, was the formation of the Chorus of the Academy of St. Martin-in-the-Fields under the direction of Laszlo Heltay. Initially created to perform Bach's B minor Mass on an Academy tour, the Chorus became a regular addition to the ensemble.

Between concert tours, the ensemble has recorded a wide variety of works including symphony cycles of Schubert and Beethoven. The orchestra has more than 500 recordings to its credit, and it is estimated that an average of 30 minutes of the Academy's work is broadcast on each classical music radio station in the U.S. every day of the year. The Academy has also continued its film work, performing the score for the movie Amadeus in 1984.

Throughout its long and illustrious history, the Academy of St. Martin-in-the-Fields has upheld a consistently high standard of virtuosity and ensemble playing. The orchestra was under the direction of Kenneth Sillito until his retirement in 2012 when Joshua Bell was named music director, and its principal guest conductor is Murray Perahia. This group, with its broad repertoire and structural flexibility continues to be one of the most distinguished and sought-after ensembles in the world of classical music. 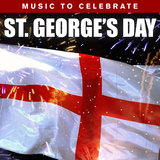 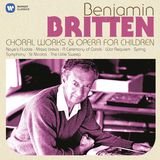 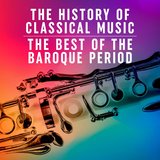 The History of Classical Music: The Best of the Baroque Period 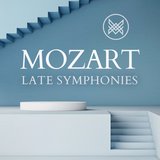 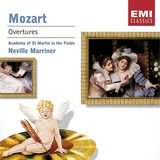 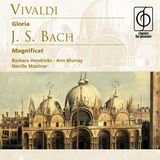 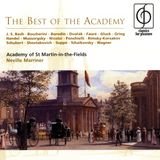 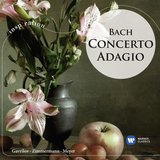 The Merry Wives of Windsor: Overture