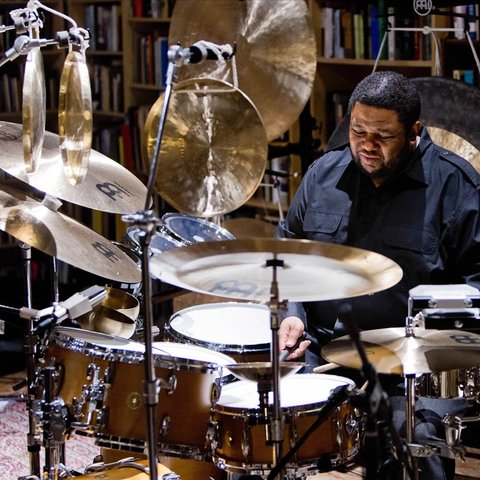 New Jersey-born jazz drummer, pianist, composer, and educator Tyshawn Sorey is a MacArthur fellow who is an expressive performer and recording artist with an ear for modern creative acoustic jazz and expansive avant-garde classical works. He contrasts his gifts for manifested physicality with a keen ear and restrained approach for intimate spaces, and sparse, interconnected textures, though his desire for noisy, frictional interaction is never far behind. He introduced his approach on his debut leader offering, That/Not, in 2007 and continued to hone it, alternately adding and subtracting elements with each new album, and performing longer works. With 2017's landmark Verisimilitude, he confused some critics by virtually erasing the lines between modern classical composition and jazz improvisation, while endearing himself to others. He is an in-demand touring and studio collaborator for a number of well-known jazz innovators including Anthony Braxton, Marilyn Crispell, Roscoe Mitchell, and Vijay Iyer, to name a few.

Along with leading his own projects, Sorey has been a regular member of trumpeter Dave Douglas' Nomad ensemble as well as saxophonist Steve Coleman's Five Elements band. He has also racked up extensive performance experience with such artists as Wadada Leo Smith, Misha Mengelberg, Vijay Iyer, Steve Lehman, Myra Melford, and Anthony Braxton, among others.

As a solo artist, Sorey debuted in 2007 with That/Not, followed by Koan in 2009. He collaborated on several trio albums with pianist Kris Davis and saxophonist Ingrid Laubrock, including 2010's Paradoxical Frog. He has released several classical-leaning albums on Pi Recordings, including 2011's Oblique - I and 2014's Alloy. In 2015, he was awarded the Doris Duke Impact Award from the Doris Duke Foundation Performing Arts Awards. The following year he released his fifth album, The Inner Spectrum of Variables, which showcased his composition for piano trio and string trio. 2017's Verisimilitude saw Sorey continue to blur the boundaries between composition and improvisation. In 2018, he released the three-part Pillars, and in the fall of 2019, he and pianist Marilyn Crispell released The Adornment of Time, a single 64-minute improvisation recorded almost exactly a year earlier at The Kitchen in New York City. 2019 also saw his participation in guitarist Lage Lund's quartet with bassist Larry Grenadier and pianist Sullivan Fortner on Terrible Animals released by Criss Cross Jazz. Sorey composed and played on "In Memoriam, Muhal Richard Abrams" for Jennifer Koh's Limitless: Duos Performed with the Composers from Cedille Records.

Sorey's run of collaborations continued in 2020. He played drums in organist Radam Schwartz's sextet on Conspiracy for Positivity: Magic Tales, and cut the collaborative Invisible Ritual with violinist Jen Curtis. In March, Sorey issued the digital-only Unfiltered, a two-hour, three-part suite for sextet. It was recorded in a single live-from-the-floor session at Firehouse 12's studio by Nick Lloyd and Greg DiCrosta. His lineup included vibraphonist Sasha Berliner, saxophonists Nathan Reising and Morgan Guerin, pianist Lex Korten, and bassist Nick Dunston. Sorey also worked in a collaborative electric trio with guitarist Mike Sopko and bassist Bill Laswell for On Common Ground. The set was a freely improvised session inspired by the original rock power trios of Cream and the Jimi Hendrix Experience. The set was issued digitally in October by the bassist's MOD Reloaded label. ~ Matt Collar & Thom Jurek 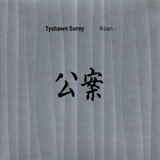 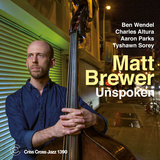 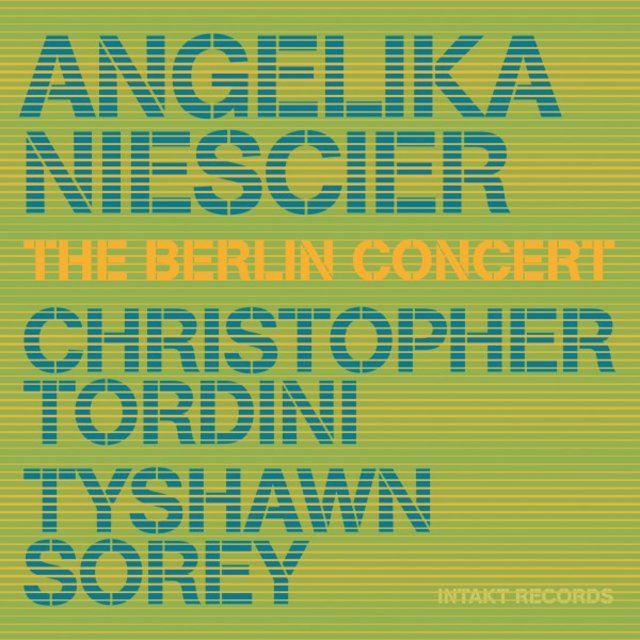 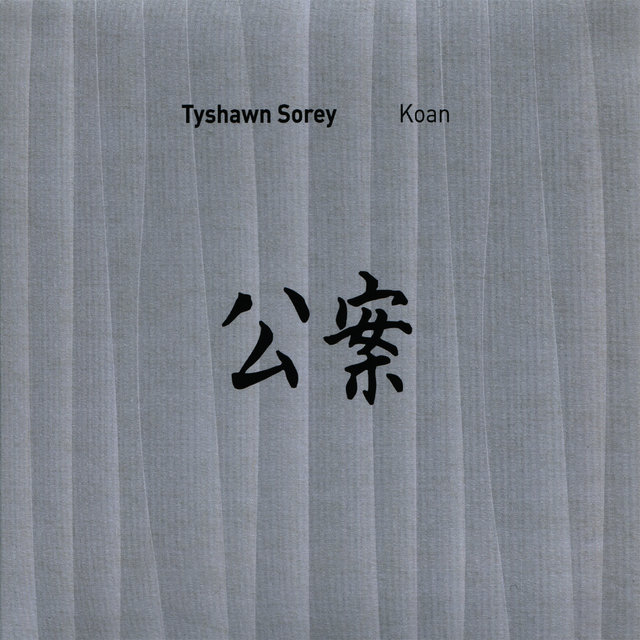 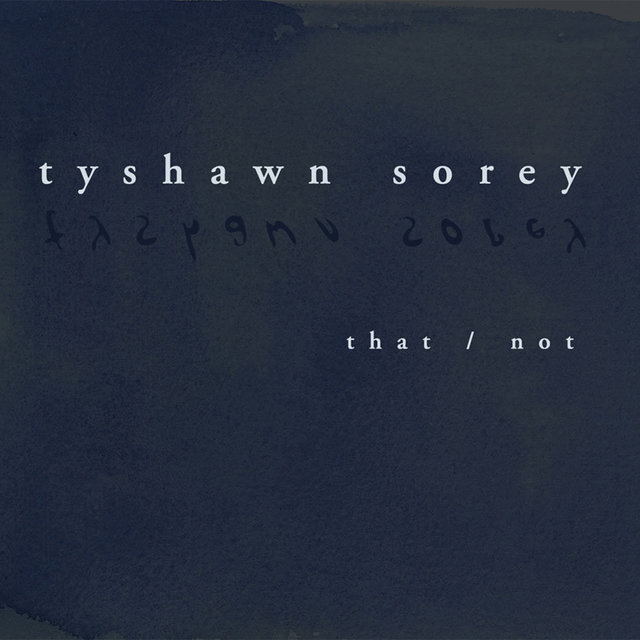 That / Not
Tyshawn Sorey 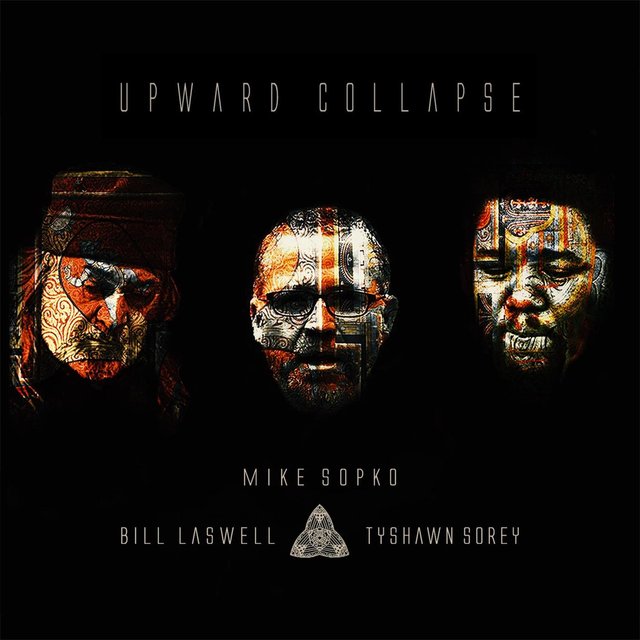 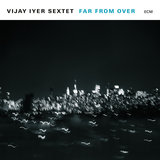 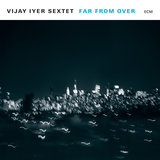 End Of The Tunnel