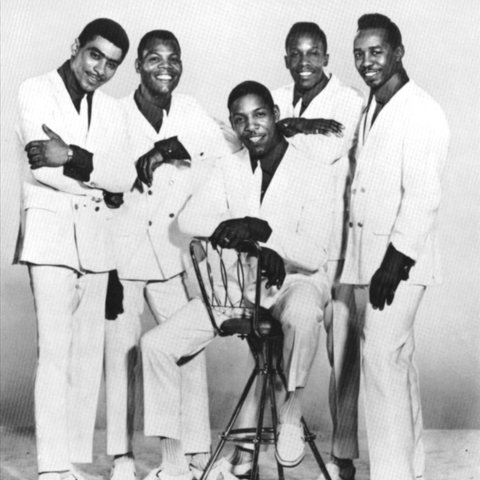 The Esquires were a vocal group from Milwaukee, WI, formed in 1957 at the height of the R&B vocal boom. Gilbert Moorer, his brother Alvis, and sister Betty were children of a musical family; their father had sung in a gospel group called the Friendly Five, while their mother played piano. Gilbert, Alvis, and Betty Moorer were in high school when they formed the Esquires in 1957.

During the Esquires' early years in Milwaukee, they saw many people pass through their lineup. Some key members joined and remained, including Sam Pace in 1961 and, four years later, Shawn Taylor. During this same period, however, Betty Moorer departed the group. By 1966, the Esquires — Gilbert Moorer, Alvis Moorer, Sam Pace, and Shawn Taylor — felt ready to try for a record deal and the chance at a national career. The group moved to Chicago, where they first tried without success to interest Curtis Mayfield — then trying to run the Windy C and Mayfield labels — in giving them a chance to record.

Several more approaches to other producers finally led them to Bill "Bunky" Sheppard, who owned a small Chicago label called Constellation, which had recorded Gene Chandler and Nolan Chance, among others. Sheppard not only liked the Gilbert Moorer song "Get On Up," that they had recorded as a demo, but liked the group. His interest resulted in a hook-up with a new voice, in the person of Millard Edwards, a bass singer already in the Constellation stable.

It was Sheppard's intention to record the Esquires on Constellation, on their own single and backing Edwards on one of his records, but the failure of the latter single, coupled with the collapse of Constellation late in 1966, made for some changes. The first was a shift to the Bunky label, which Sheppard salvaged out of the wreckage of Constellation, and the second was the addition of Millard Edwards to their lineup.

The Esquires debut single, "Get on Up," finally appeared on the Bunky label, distributed nationally by New York-based Scepter Records. "Get on Up" was a huge success, soaring to number three on the R&B charts and number 11 as a pop single. Suddenly, the Esquires, who'd spent ten years preparing for this moment, were one of the hotter R&B vocal groups of 1967.

"Get on Up" completed the transition of the Esquires from a local to a national act. They played venues that included the Regal Theater in Chicago and the Apollo in New York. In the process, they also lost Shawn Taylor, whom Sheppard regarded as unreliable for his late arrival to some shows. In October of 1967, the Esquires issued a follow-up recording, "And Get Away" (also written by Gilbert Moorer), which charted at number 22 and number nice, pop and R&B, respectively. With this second hit under their belts, the group's debut (and only) LP followed as a matter of course, cut for Bunky Records. March of 1968 saw the group's third single, "You Say," get to number 41 on the R&B charts, and, three months later, "Why Can't I Stop" charted at number 48 (R&B).

At the end of 1968, following the release of their fifth single, the Esquires left Bunky Records and signed directly with Scepter, which placed the group on its Wand imprint. Their next two singles, "You've Got the Power" and "I Don't Know," reached numbers 29 and 37 on the R&B charts, respectively.

They left Scepter after one year and were back with Bunky Sheppard beginning in 1969, before jumping briefly to Capitol in 1970 for one single ("Reach Out"). More lineup changes took place that year, as Millard Edwards left and Shawn Taylor returned to the Esquires. The group made another run up the charts on Lamarr Records with "Girls in the City," which got to number 18 in 1971.

The Esquires were absent from the charts for the next five years, but they continued performing. In 1976, they re-cut their biggest hit as "Get on Up '76," which managed to chart, closing out their recording career. For the next two decades, the Esquires were exclusively a performing act, based in Milwaukee where they started out, with new members periodically coming in to work alongside Gilbert and Alvis Moorer.

In 1992, the group's two biggest hits, "Get on Up" and "And Get Away," appeared on Capricorn Records' The Scepter Records Story. In 1998, England's Westside label released the CD Get on Up and Get Away, a comprehensive retrospective containing most of their singles (including all of the hits) from various labels, and highlights from the album of that name. ~ Bruce Eder

The Best Of Chicago Soul

How Could It Be

The Best Of Chicago Soul 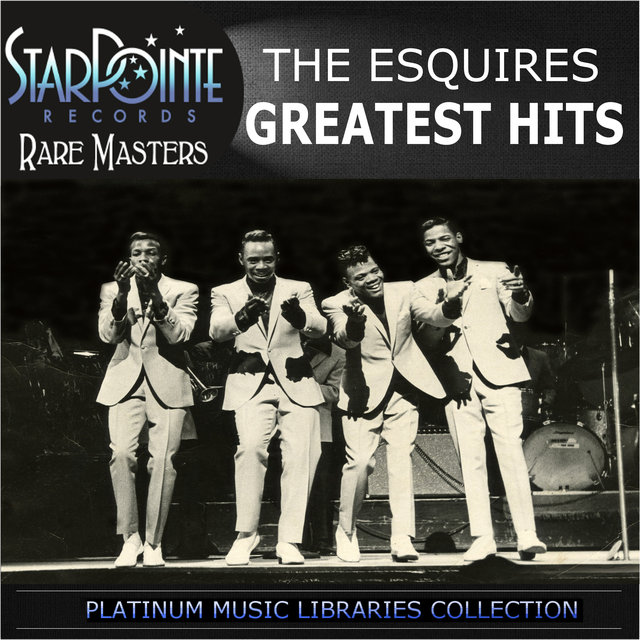 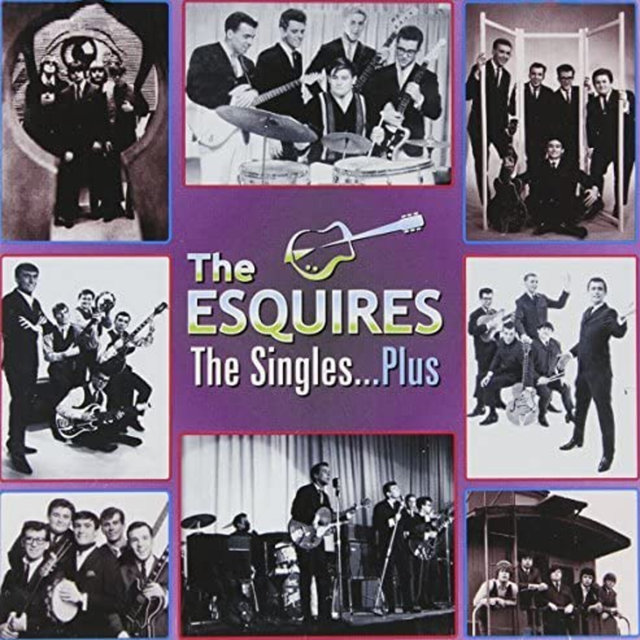 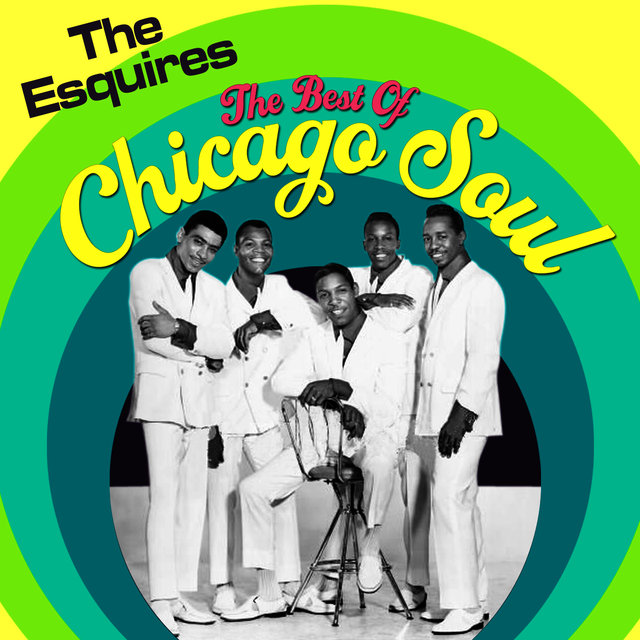 The Best Of Chicago Soul
The Esquires 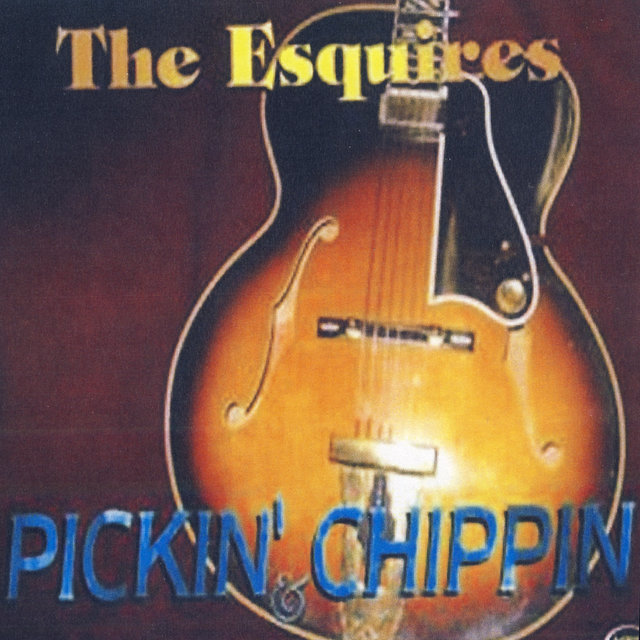 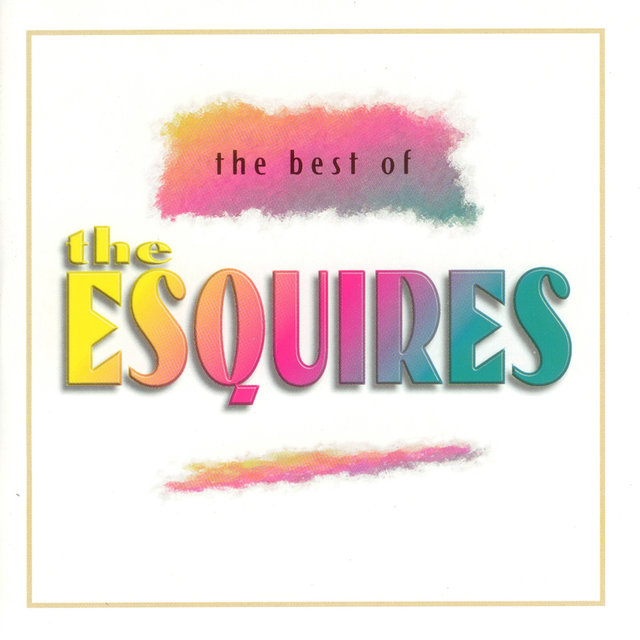 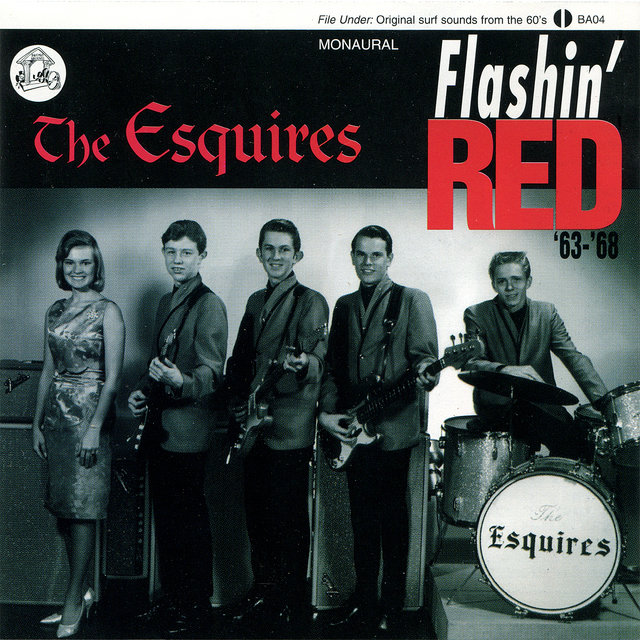 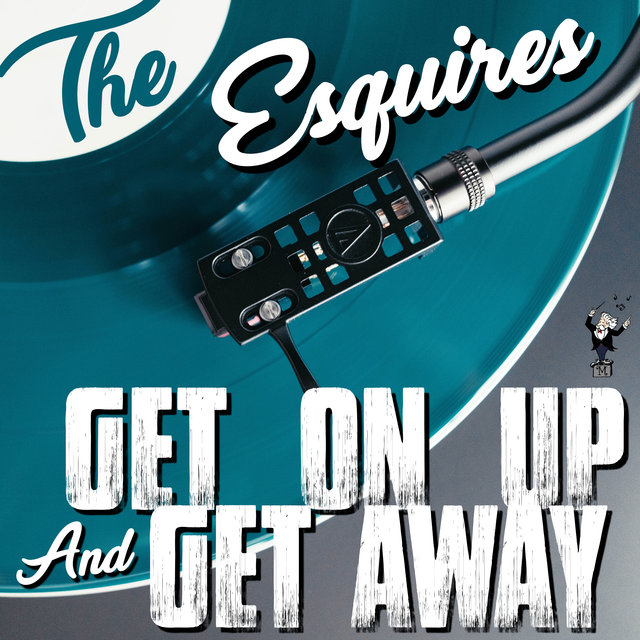 Get on up and Get Away
The Esquires 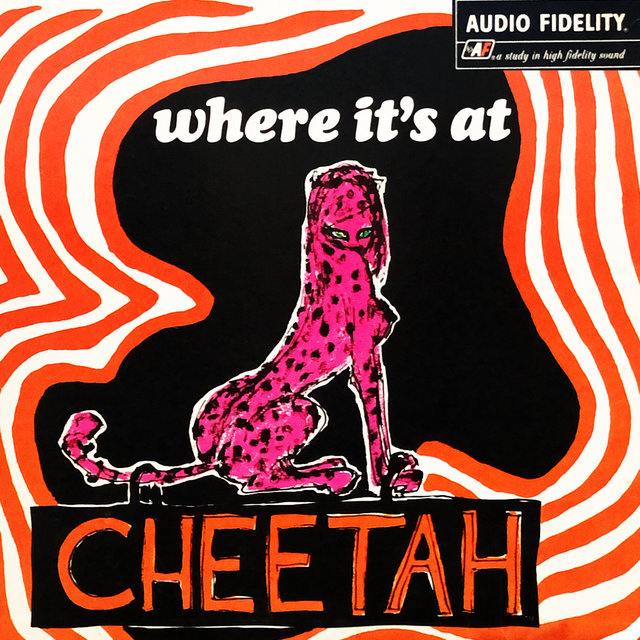 Where It's At - Cheetah
The Esquires 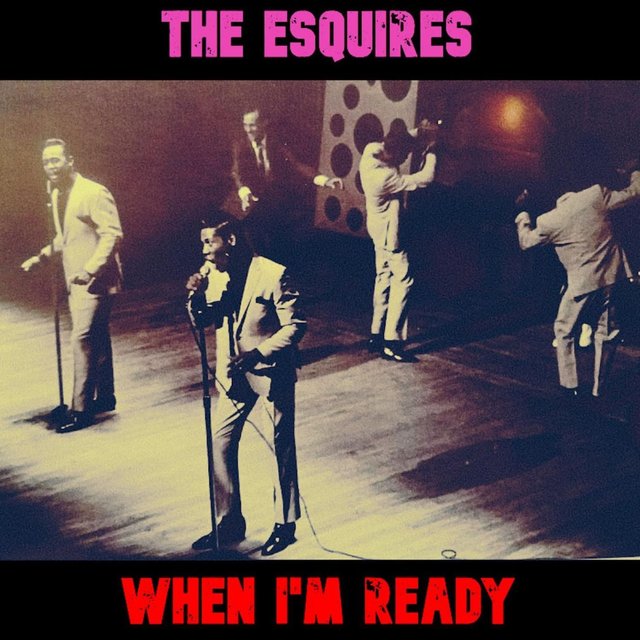 When I'm Ready
The Esquires 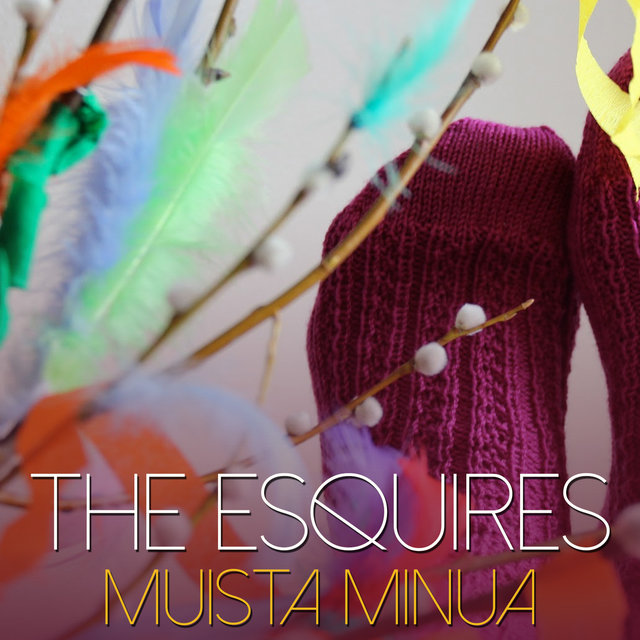 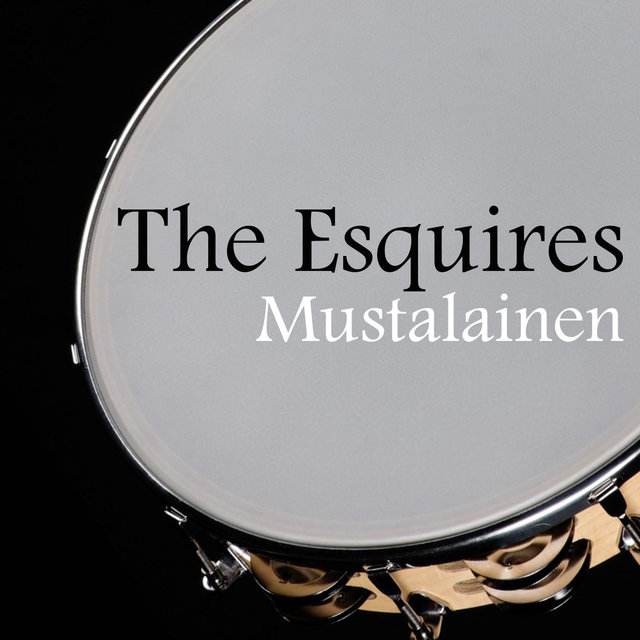 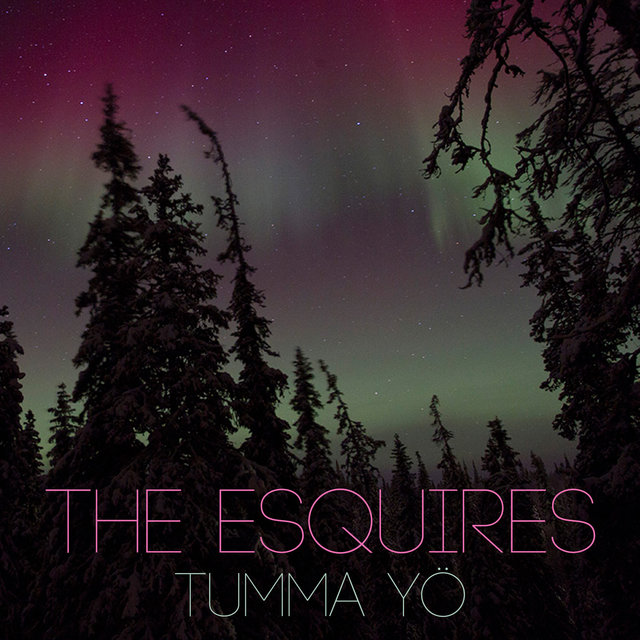 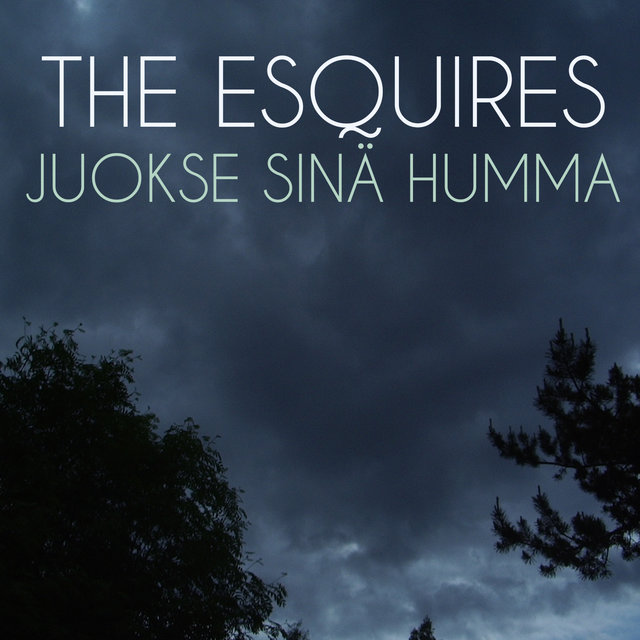 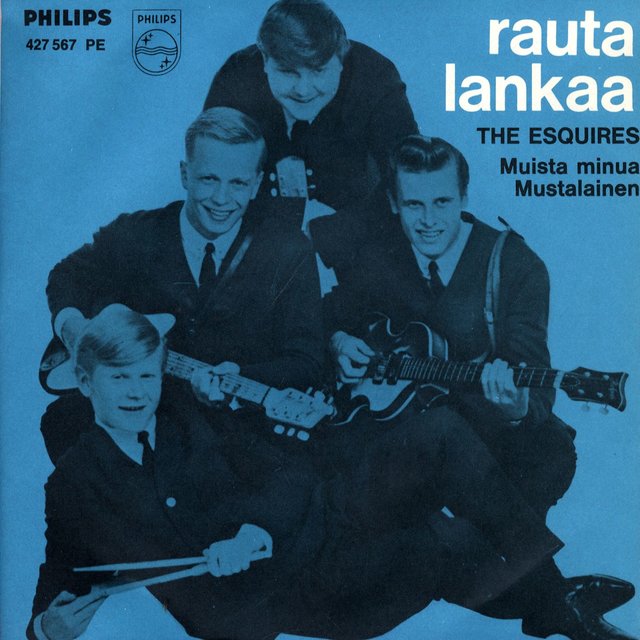 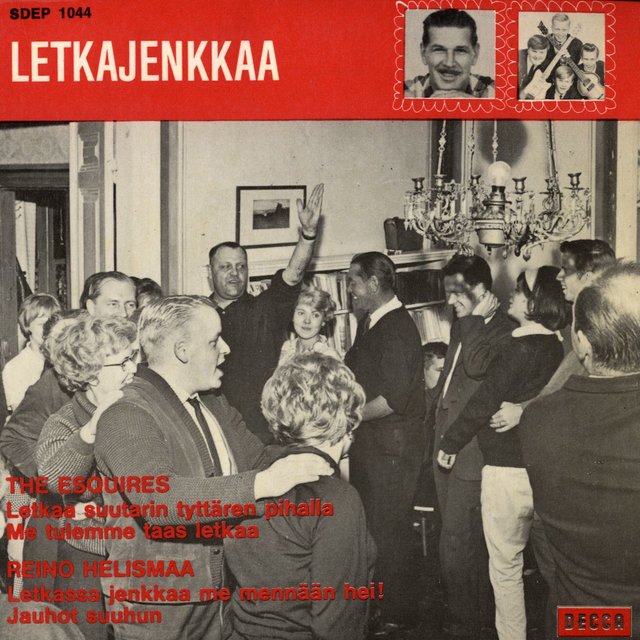 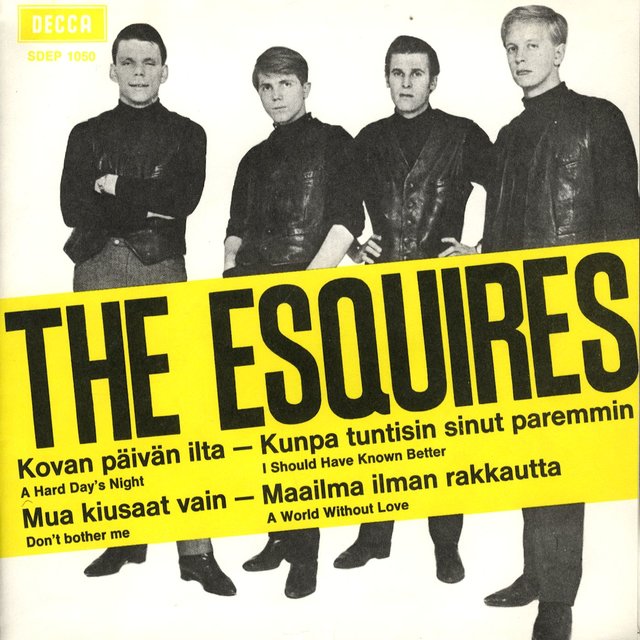 Get on Up (Original Stereo Single)

Things Won't Be the Same