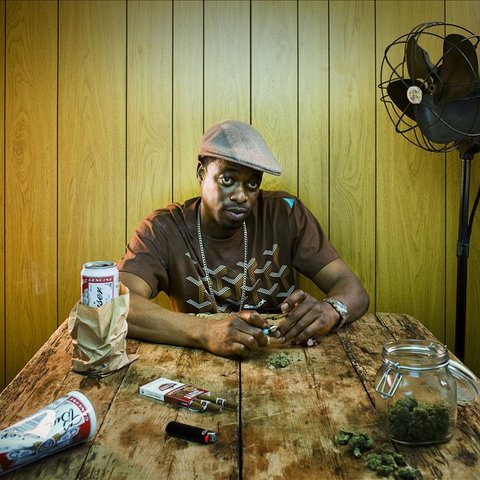 With deep ties to Houston's influential early-'90s rap scene, Devin the Dude rolled through several generations of hip-hop, cultivating a laid-back style fixated on weed, partying, and his distinctively hazy perspective on everyday life. Producing as well as rapping, he began releasing solo albums in 1998 with The Dude. He quickly became a rapper's rapper, collaborating with big name talents from Dr. Dre and Snoop Dogg to De La Soul, Nas, Andre 3000, and many others. Though he never rose to the mainstream success of some of his peers, albums like 2007's stony-yet-intricate Waiting to Inhale were hits with critics and a dedicated cult following.

Devin the Dude was born Devin Copeland in Pontiac, Michigan, but raised in Florida and Texas. As a child, he went back and forth from New Boston and Houston and finally settled in the latter after he graduated high school. In the late '80s, Devin met Rob Quest, a blind rapper and producer who was part of a Houston crew called the Coughee Brothas. Later, the duo formed a group named the Odd Squad and recruited Devin's longtime friend Jugg Mugg and a local DJ named DJ Screw. Screw (who was later replaced by DJ Styles) took the group's demo tape to Rap-A-Lot Records CEO James Smith, who quickly signed the group in 1992. Their debut album, Fadanuf fa Erybody!!, was released in 1994 with "I Can't See It" as the lead single and video.

Although hip-hop fans praised the effort put out by the Odd Squad, their album was not as commercially successful as they hoped. While the group went back to the drawing board, Rap-A-Lot franchise artist Scarface approached Devin to be a part of his new group, Facemob. Facemob released one album in 1996, The Other Side of the Law, and then broke up due to internal problems. At this time, Devin decided to work on his debut solo album, The Dude, with the help of Smith and Scarface.

The Dude was released in 1998 with virtually no video and little radio play. It was a smoothed-out, funk-laden album and an ode to wine, women, and weed. Regardless, the album built a large underground following and even caught the attention of veteran hip-hop producer Dr. Dre. He contacted Devin in 1999 and asked him to be a part of the 2001 album on the track "Fuck You." This single appearance made Devin a hot commodity, earning him appearances on songs with De La Soul, Raphael Saadiq, veteran rap group UGK, and a solo track on the Oz soundtrack.

His anticipated sophomore LP, Just Tryin' ta Live, was released in the summer of 2002 and featured appearances from Nas, Xzibit, and Raphael Saadiq with production from Dre, DJ Premier, and his Coughee Brothas. To tha X-Treme arrived two years later and was followed in 2007 by Waiting to Inhale, his first album to crack the Top 40 on Billboard's album chart. It featured guest appearances from Snoop Dogg, Lil Wayne, Bun B, and more. It would also be Devin's last record with Rap-A-Lot after a 15-year relationship. He signed on with Razor & Tie for his 2008 album Landing Gear. Suite #420 followed in 2010 and had the honor of being released on the stoner's holiday of April 20. His seventh LP, Gotta Be Me, arrived later that year.

In 2013, Devin issued One for the Road (eOne). His eighth full-length entered the Top 50 of the Billboard R&B/hip-hop chart. In 2017, he returned with the collaborative single "Smoke with Me," with rapper Crim Dela Crim. He also issued the Acoustic Levitation album, which was accompanied by a tour of the same name. In 2019 he returned with ninth studio album Still Rollin' Up: Somethin' to Ride With. ~ Quibian "Q" Salazar-Moreno

Devin The DudeOobieLil Jon & The East Side Boyz

Are You Goin' My Way 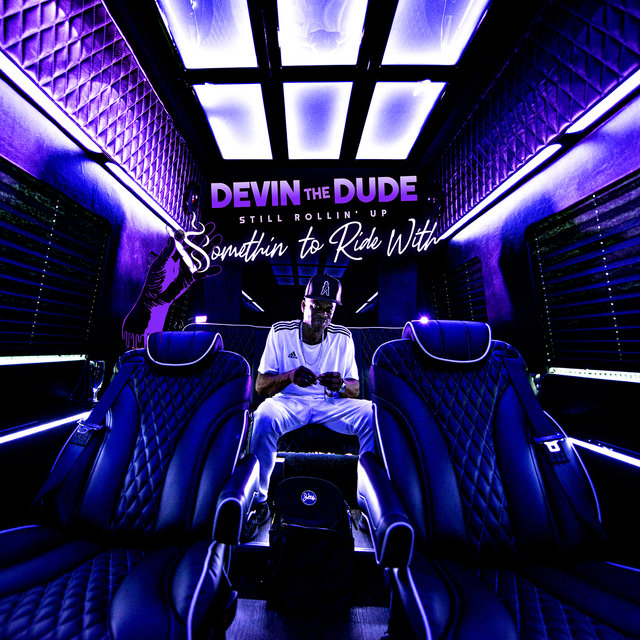 Still Rollin' Up: Somethin' To Ride With
Devin The Dude 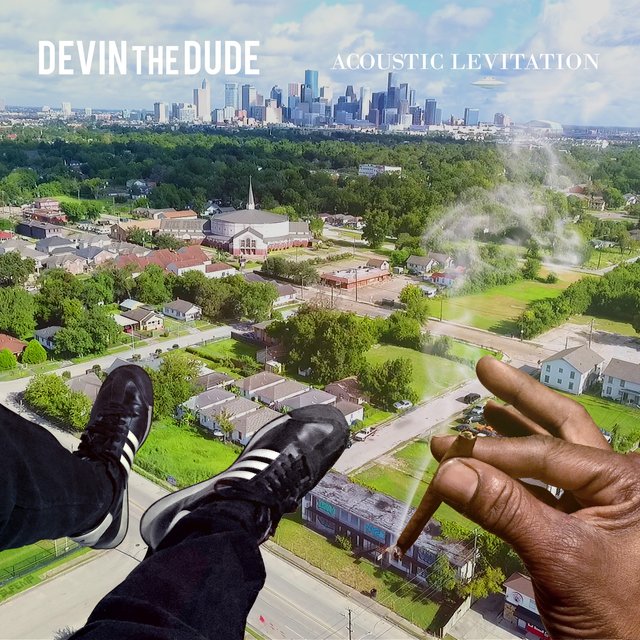 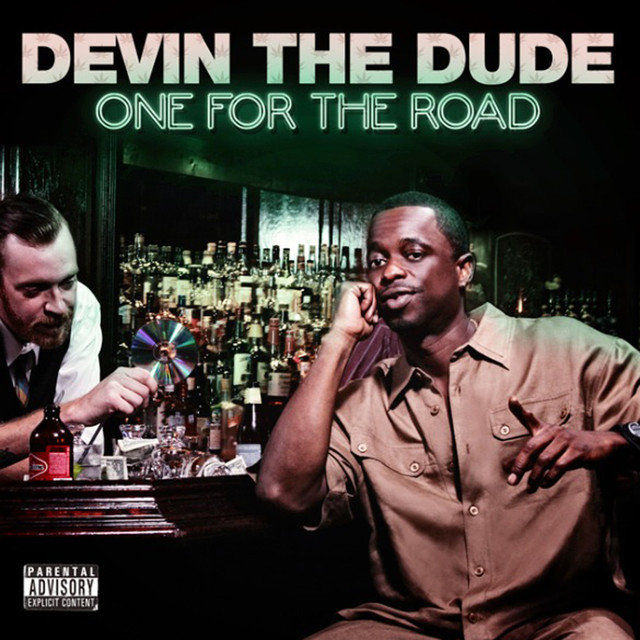 One for the Road
Devin The Dude 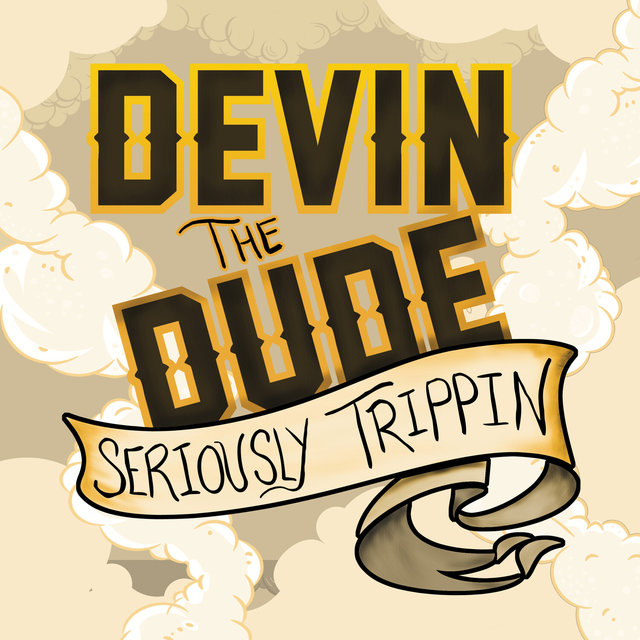 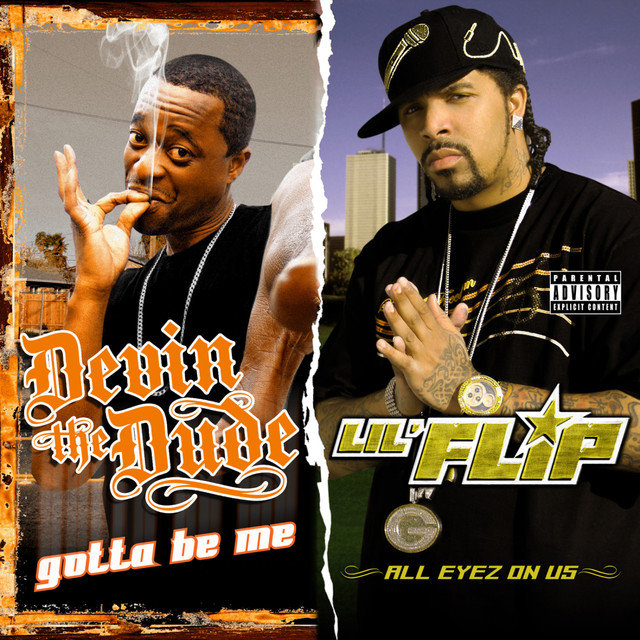 Gotta Be Me / All Eyez on Us (2 For 1: Special Edition)
Devin The Dude 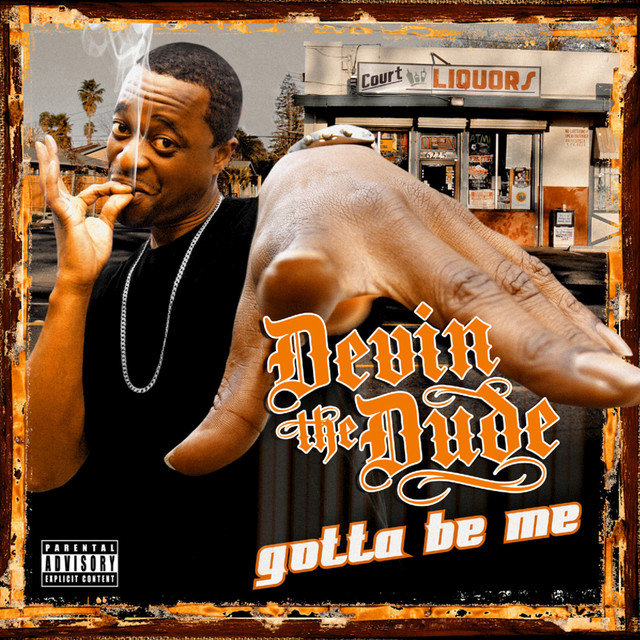 Gotta Be Me
Devin The Dude 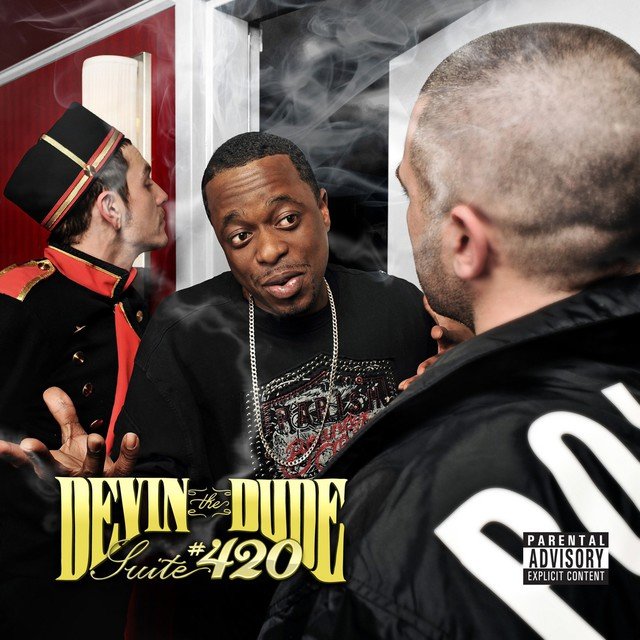 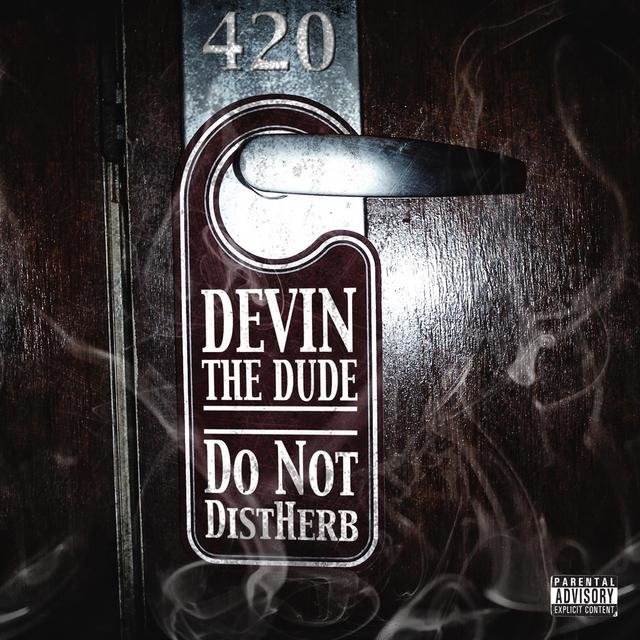 Do Not DistHerb (Suite 420 EP)
Devin The Dude 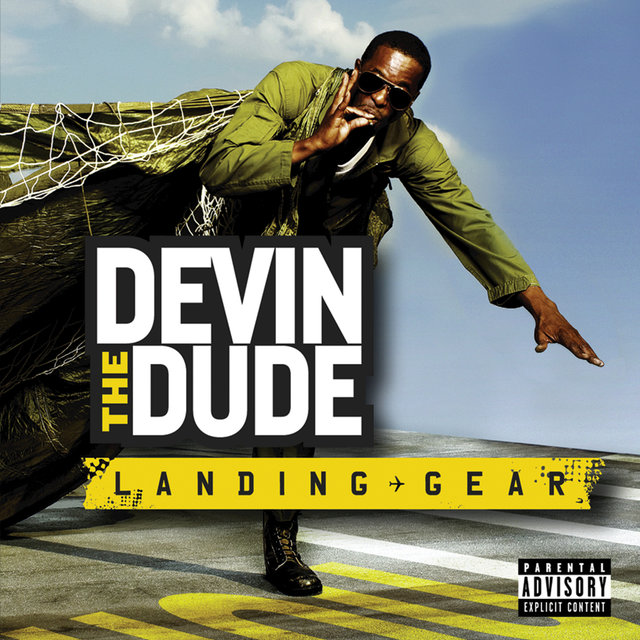 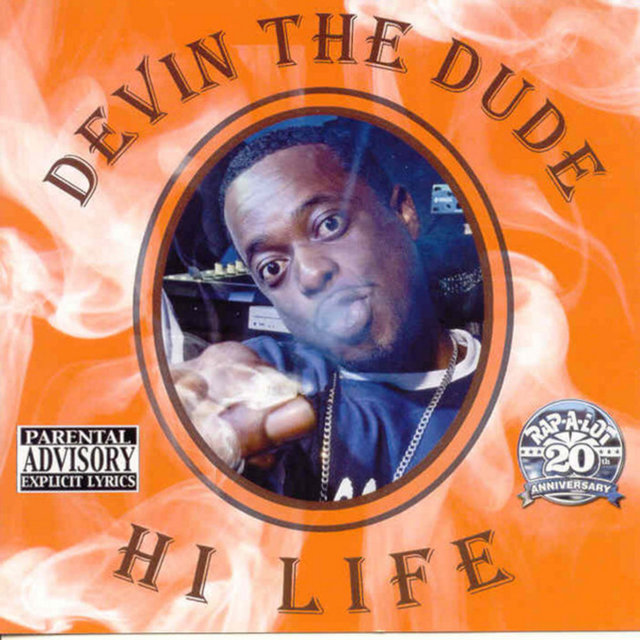 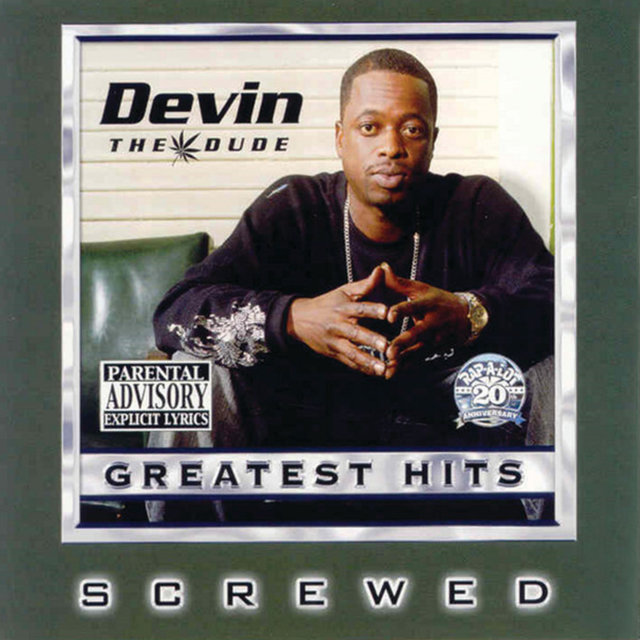 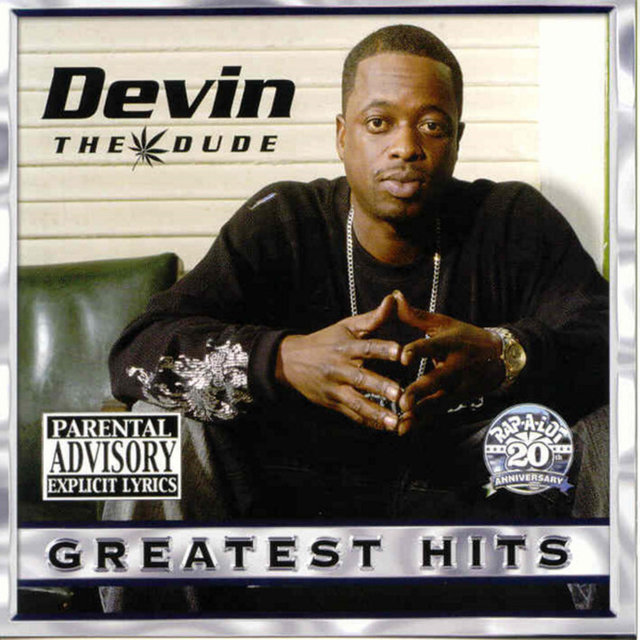 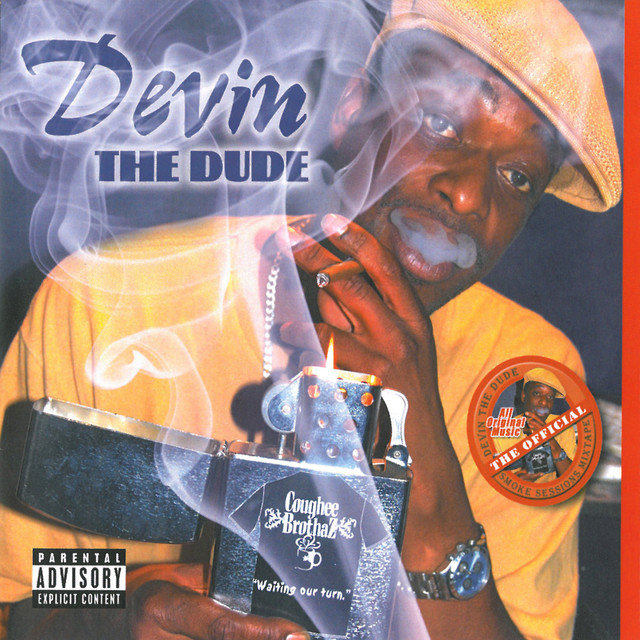 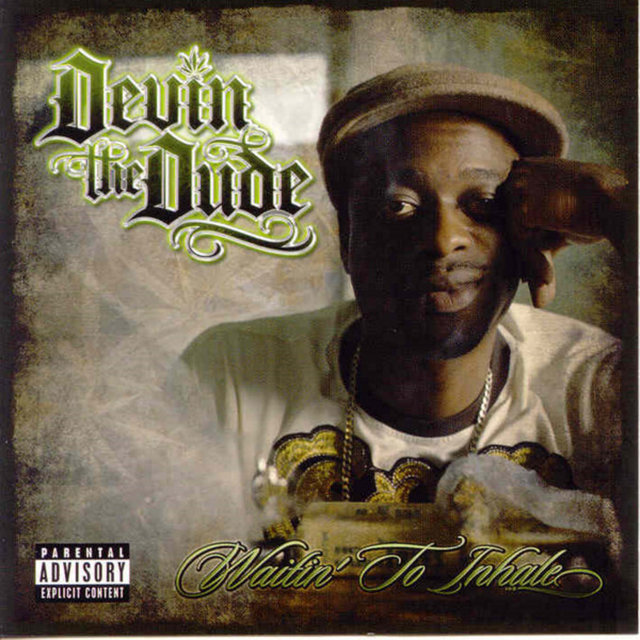 Waitin' to Inhale
Devin The Dude 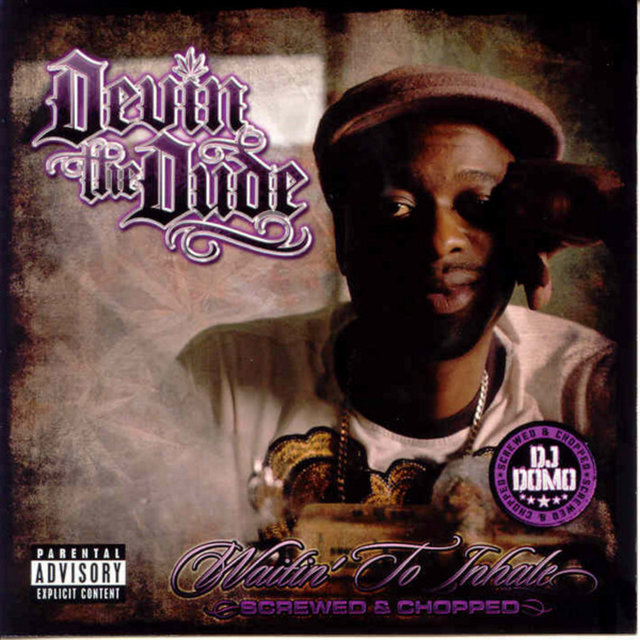 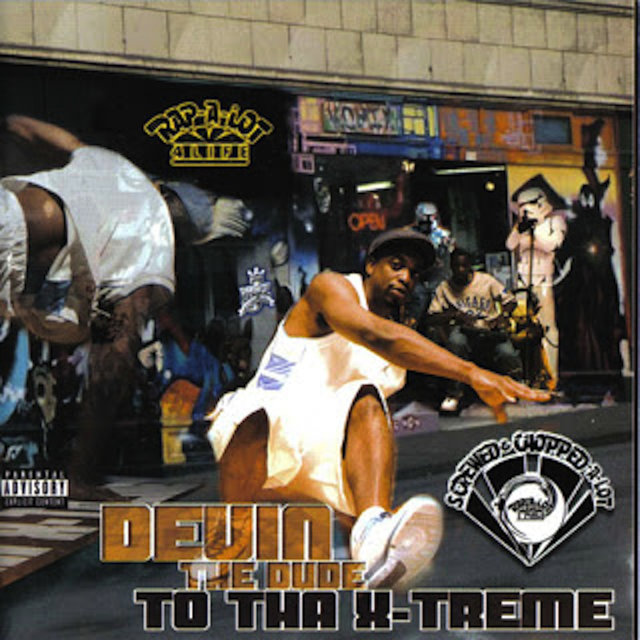 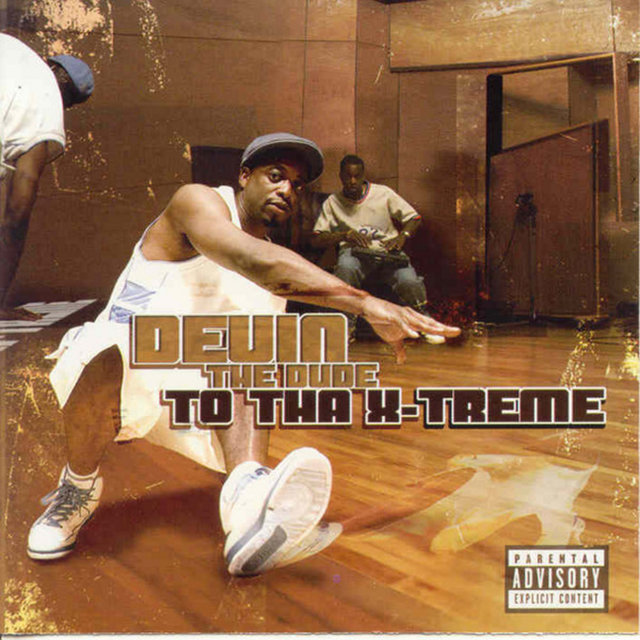 To Tha X-Treme
Devin The Dude 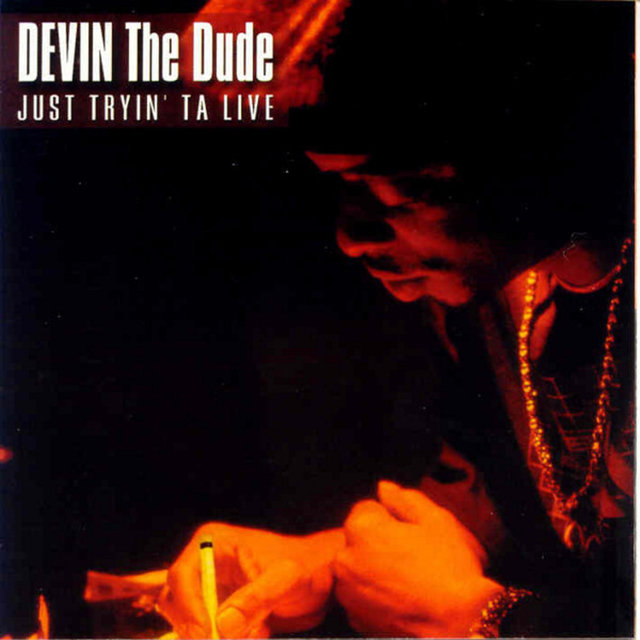 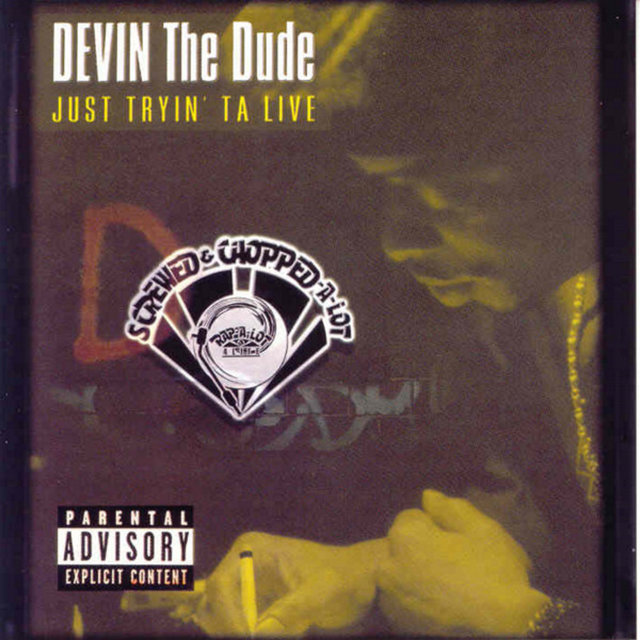 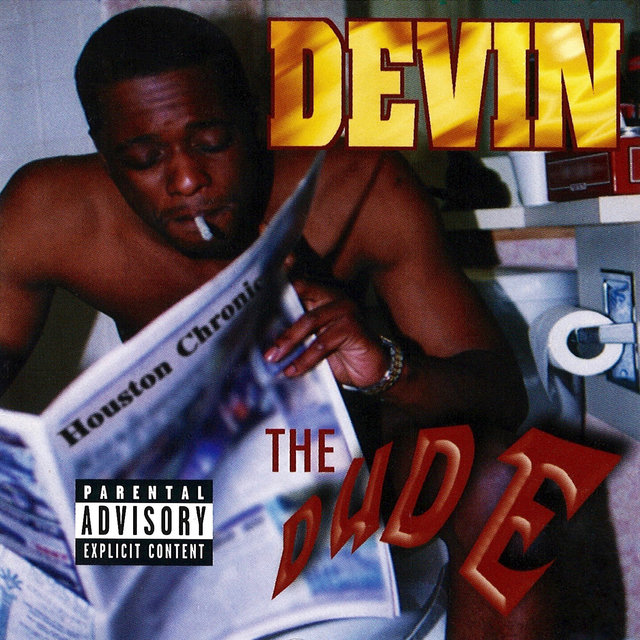 The Dude
Devin The Dude 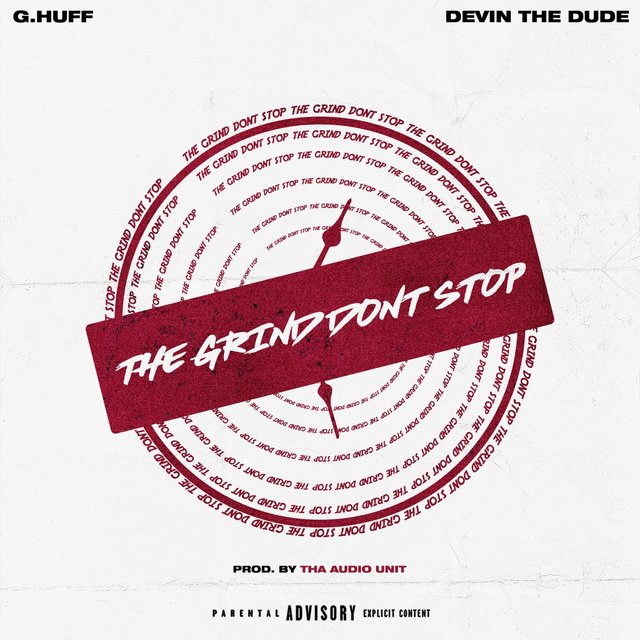 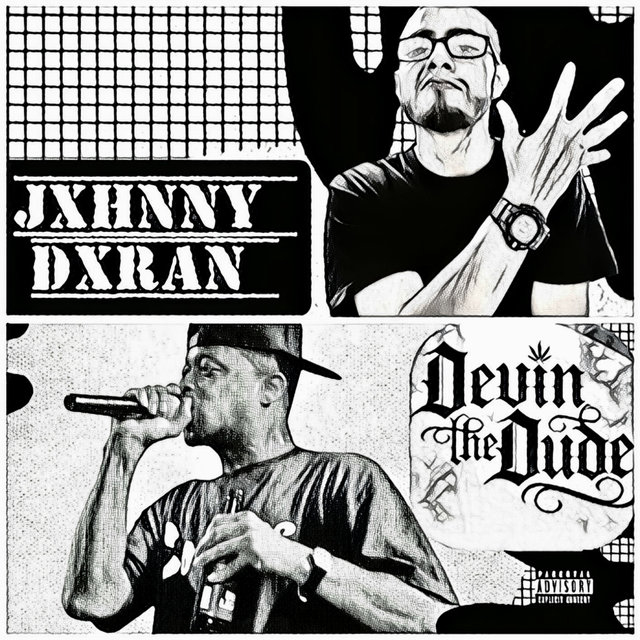 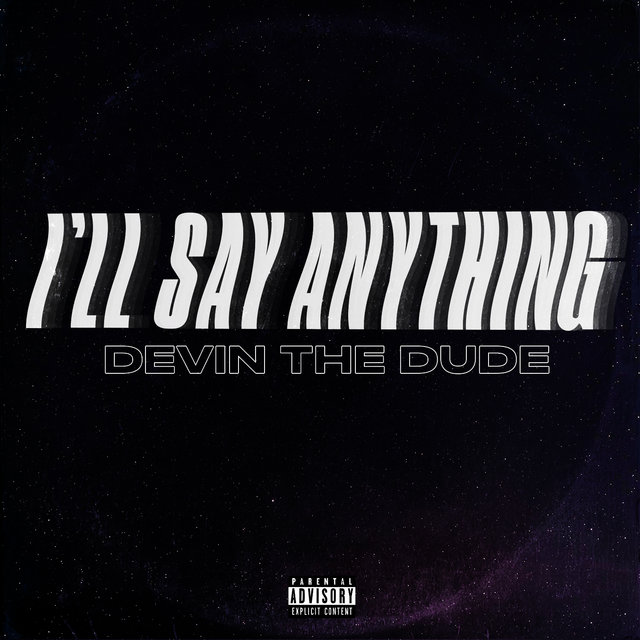 I'll Say Anything
Devin The Dude 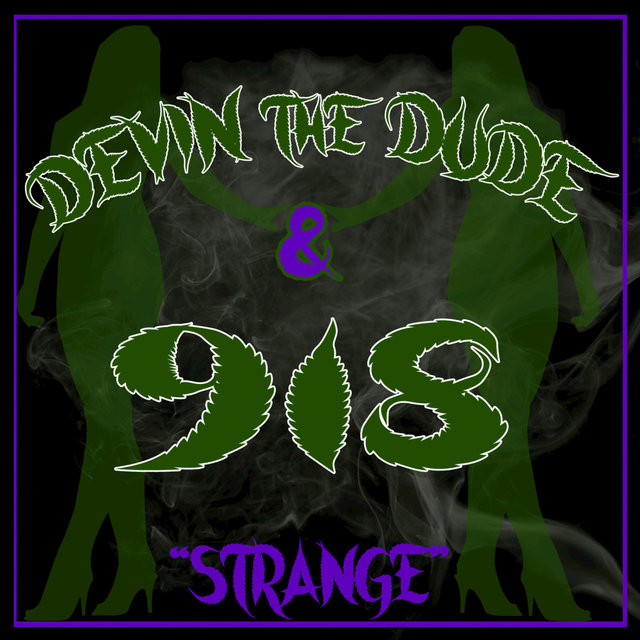 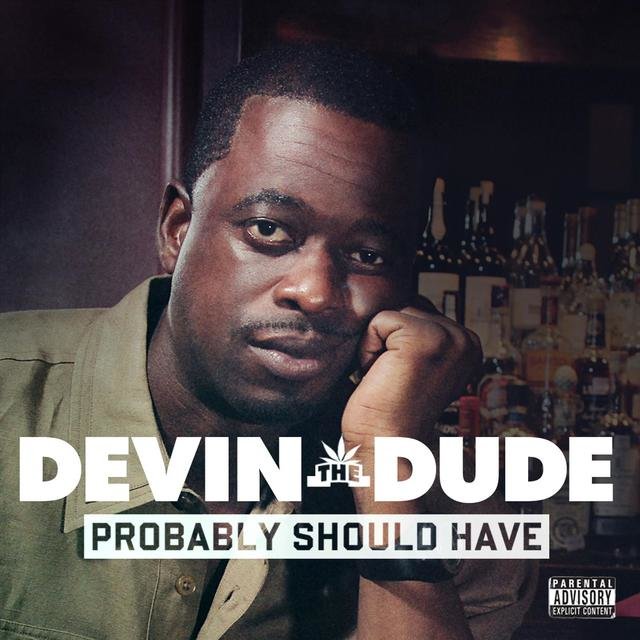 Probably Should Have
Devin The Dude 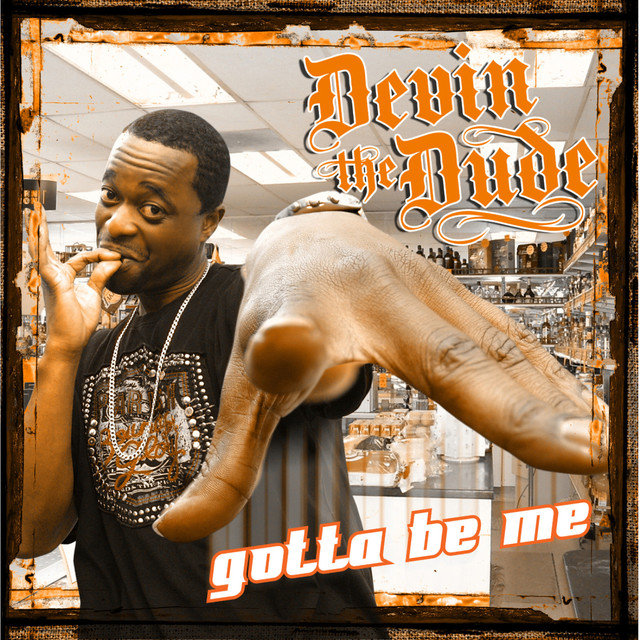 Gotta Be Me - Single
Devin The Dude 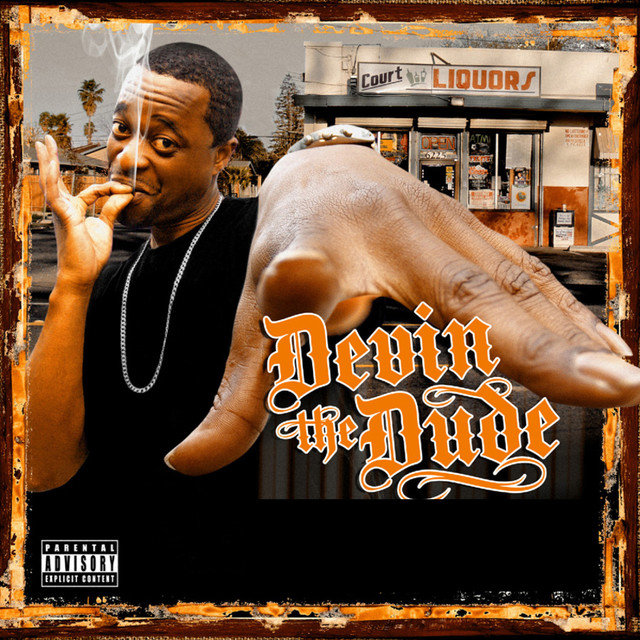 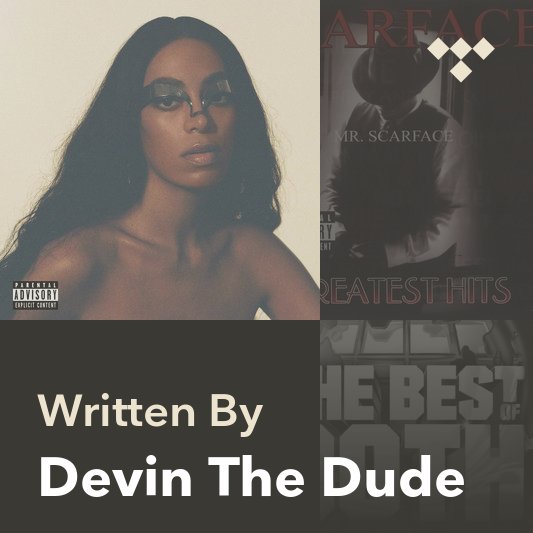 Hand Of The Dead Body