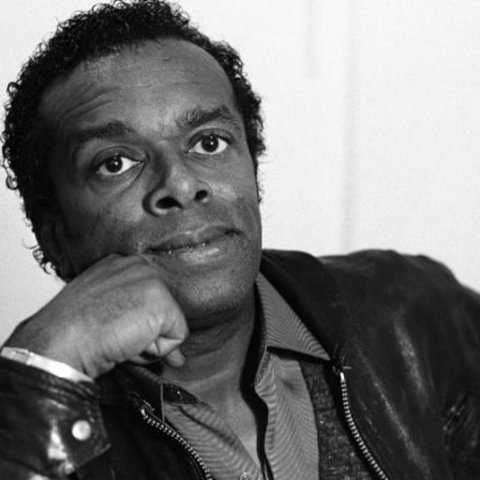 Songwriter, producer, and singer Leon Ware was one of the less-recognized products of the Motown Records factory of the '60s and '70s, primarily because he tended to work behind the scenes. His signature style was a highly romantic approach to soul music that resulted in many hit records, notably "I Wanna Be Where You Are," recorded by Michael Jackson, and "I Want You," recorded by Marvin Gaye, both of which he co-wrote. Over a period of nearly 50 years, which included success with Quincy Jones and Minnie Riperton, the quiet storm specialist released more than a dozen ballad-heavy albums for labels such as United Artists, Gordy, Elektra, and Stax. Among these were Leon Ware (1972), Rockin' You Eternally (1981), and Moon Ride (2008). He also operated his own label, Kitchen, the outlet for most of his later work, such as the posthumous Rainbow Deux (2019).

Growing up as an aspiring musical artist in Detroit, Ware naturally became part of Motown Records, which was founded in the city as he approached manhood. In the spring of 1967, the Isley Brothers' recording of "Got to Have You Back," which he wrote with Ivy Hunter and Steve Bowden, placed in both the R&B and pop singles charts after its release on the Motown imprint Tamla Records. But his first major hit as a writer came with the Four Tops' "Just Seven Numbers (Can Straighten Out My Life)," co-written with Pam Sawyer and released as a single on Motown, which reached the Top Ten of the R&B charts and the Top 40 of the pop charts in early 1971. He was not working exclusively for Motown, either. During 1971, he collaborated with Ike & Tina Turner, co-writing six songs on their album 'Nuff Said, released that fall on United Artists. The album reached the Top 40 of the R&B charts and also appeared in the pop charts. Ware himself was contracted to United Artists, and his self-titled debut album appeared on the label in 1972.

Back at Motown, Ware began collaborating with Arthur "T-Boy" Ross, younger brother of Motown star Diana Ross, and they came up with "I Wanna Be Where You Are," which Michael Jackson recorded for Motown on his early 1972 album Got to Be There. Released as a single in the spring, it peaked at number two on the R&B charts and reached the Top 20 of the pop charts. Over time, it became one of Ware's most-covered songs, earning recordings by José Feliciano, Marvin Gaye, SWV, and others. In 1973, Ware had songwriting credits on albums by the Average White Band, Donny Hathaway, and the Jackson 5. "Give Me Just Another Day," which he wrote for the Miracles, was released as a single on Tamla that fall and reached the R&B charts. His next R&B singles chart entry came with "If You Were My Woman," an answer record to the Gladys Knight & the Pips hit "If You Were My Man," recorded by Latimore on Glades Records, in the spring of 1974.

That same season saw the release of a more important project for him, Quincy Jones' LP Body Heat on A&M Records. Ware was both a writer and performer on the disc, which topped the R&B charts and reached the pop Top Ten, going gold. "If I Ever Lose This Heaven," which he wrote with Pam Sawyer and sang on the album with Minnie Riperton and Al Jarreau, was an R&B singles chart entry in September. Nearly a year later, it gained even greater renown when it was covered by the Average White Band on Atlantic for a single that reached the Top 40 of both the pop and R&B charts. It went on to become another major copyright for Ware, covered by such artists as Jonathan Butler, Sergio Mendes, and Nancy Wilson. Meanwhile, the title track from Body Heat, co-written by Ware, also became an R&B singles chart entry in the spring of 1975. "Rolling Down a Mountainside," which he wrote with Jacqueline Hilliard, also became an R&B hit, this one for the Main Ingredient on RCA Victor Records that spring, peaking in the Top Ten and also getting into the pop chart before serving as the title track on the group's next album. Ware collaborated with Minnie Riperton and Richard Rudolph on "Inside My Love," which was featured on her Epic album Adventures in Paradise, also released in the spring of 1975. Issued as a single that summer, the song became a Top 40 R&B hit and reached the pop charts.

Ware had two projects in progress at Motown during this period. He was producing songs for T-Boy Ross, and he was recording his own solo album. But when label president Berry Gordy heard one of the proposed Ross tracks, "I Want You," he decided that Marvin Gaye should cut it instead. And when Gaye heard the material Ware had done for his album, it was turned into a Gaye LP instead. Ware produced what now became Gaye's I Want You album, released on Tamla in March 1976, having co-written all the songs on it. The title tune (co-written with Ross) topped the R&B charts and made the Top 20 of the pop charts. It went on to become a standard, covered by Herb Alpert, Gato Barbieri, Madonna, and Michael McDonald, among many others. Robert Palmer's medley of it with "Mercy Mercy Me (The Ecology)," another Gaye hit, reached the pop Top 20 in 1991. The I Want You album went to number one on the R&B charts and the Top Ten of the pop charts. It spun off a second single, "After the Dance," co-written by Ware, Ross, and Gaye, that made the R&B Top 20 and was a pop chart entry.

Having given away the material for his album, Ware began again on a solo effort for Motown and produced Musical Massage, released on Motown's Gordy Records subsidiary in September 1976. He has suggested that Motown wanted him to give this album's songs to Gaye, too, and that when he refused, the label released the LP but gave it no promotion, resulting in its commercial failure. So, he went back to being a songwriter for others. During the late '70s, he placed songs on albums by Minnie Riperton, Marlena Shaw, Melissa Manchester, and Bobby Womack. He issued his third solo album, Inside Is Love, on Fabulous Records in 1979. It reached the R&B charts in December, along with its single, "What's Your Name," establishing him as a recording artist for the first time. He was represented on Melissa Manchester's 1980 album For the Working Girl on Arista by "Lovers After All," which he and Manchester wrote and which Manchester sang with Peabo Bryson. Released as a single in early 1981, it reached the Top 40 of the R&B charts and was a pop chart entry as well. Meanwhile, Ware had signed with Elektra Records as a recording artist, and he released his fourth solo album, Rockin' You Eternally, which spawned two R&B singles chart entries, "Baby Don't Stop Me" and the title song, but did not itself reach the charts. Nevertheless, Elektra financed a follow-up, and Ware's second album to be called simply Leon Ware was released in 1982. But the label dropped him when the disc failed to sell.

Nevertheless, Ware still had his songwriting to fall back on, and in the early and mid-'80s he had cuts on albums by Jeffrey Osborne, Loose Ends, Teena Marie, and James Ingram. In 1987, he signed with Slingshot Records and released his sixth solo album, Undercover. In the late '80s and 1990s, while he continued to work on various sessions as a musician, arranger, and producer, he placed fewer new songs with other artists, though he did have cuts on albums by the Isley Brothers, John Martyn, Fred Wesley, and Chico DeBarge, among others. The chief exception to this relative drought was "Independence," which was recorded by Lulu and became a hit in England in 1993, just missing the Top Ten. But Ware's career benefited in two respects in the '90s. First, his work was discovered as the source of sampling by rappers and hip-hop artists. Montell Jordan's 1999 R&B chart entry "When You Get Home," for example, sampled "I Want You," as did tracks by EPMD ("It's Going Down"), Ice Cube ("What Can I Do"), and Prince ("Mr. Happy"), among others. A Tribe Called Quest's "Lyrics to Go" sampled "Inside My Love," as did 2Pac's "Me Against the World" and Aaliyah's "Heartbroken," and 2Pac also sampled "Body Heat" on the number one pop and R&B hit "How Do U Want It." Such success didn't increase Ware's exposure as an artist, but it substantially increased his publishing income.

At the same time, he was being discovered as a soul music progenitor, particularly in England, where the Expansion label began reissuing his solo albums. He helped his cause by putting out his seventh album, Taste the Love, on his own Kitchen Records label in 1995. In 2001, Candlelight, a jazz album he recorded with Don Grusin, came out on Kitchen in the U.S. and Expansion in the U.K. More characteristic collections of soul music, including Love's Drippin' (2003), Deeper (2004), A Kiss in the Sand (2004), and the Stax-issued Moon Ride (2008), followed throughout the next several years. During the next decade, he collaborated with Danish duo Quadron on the single "Orchids for the Sun" (2012), something of a throwback to his mid-'70s work. His 12th solo album, Sigh, was licensed by Kitchen to P-Vine for release by the Japanese label in 2014. Ware died in February 2017 in Marina del Ray, California from complications of prostate cancer; he was 77 years old. Recordings on which he was working with Taylor Graves were released in 2019 as part of Rainbow Deux (which also contained material from Sigh). ~ William Ruhlmann & Andy Kellman 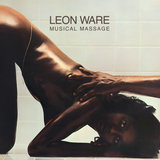 Learning How To Love You (Album Version) 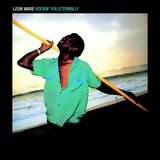 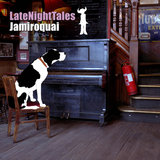 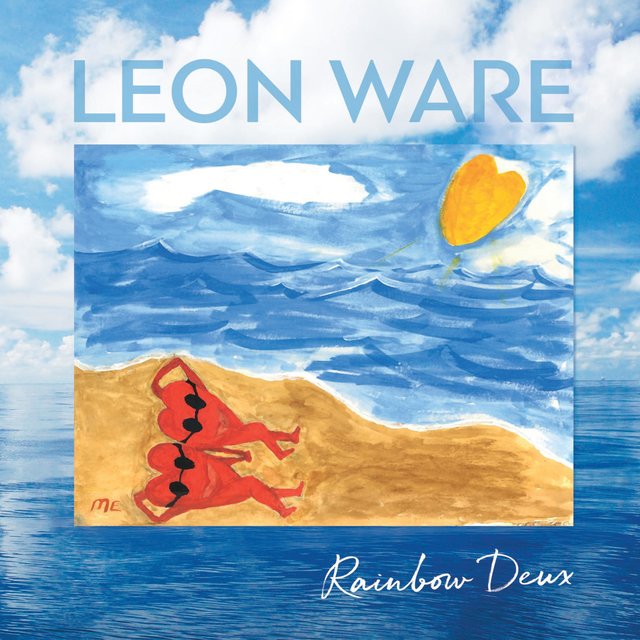 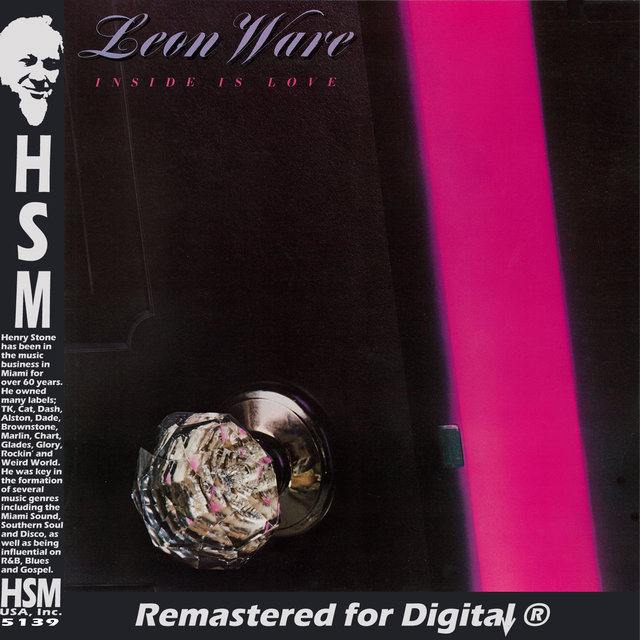 Inside Is Love
Leon Ware 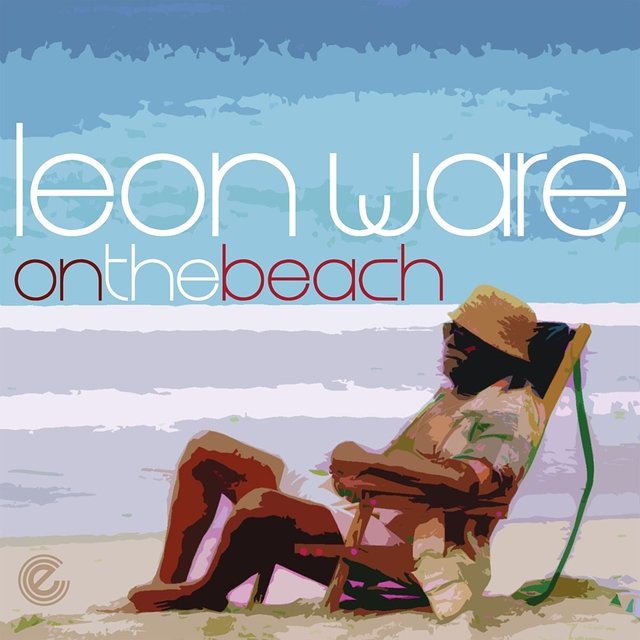 On The Beach
Leon Ware 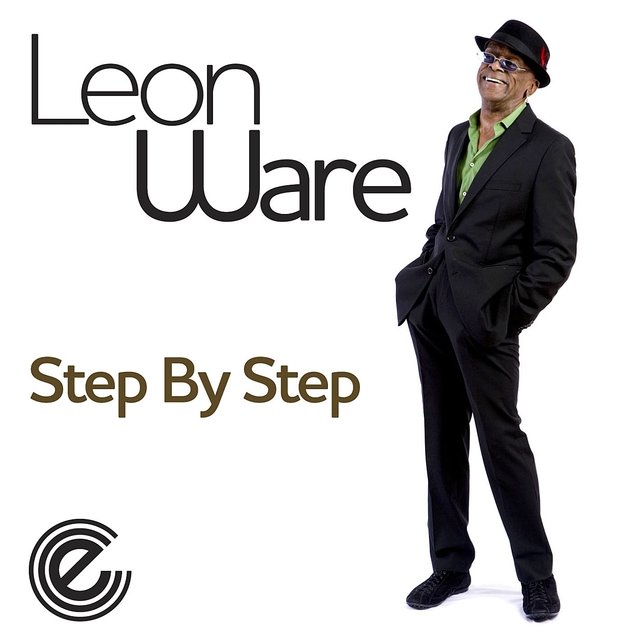 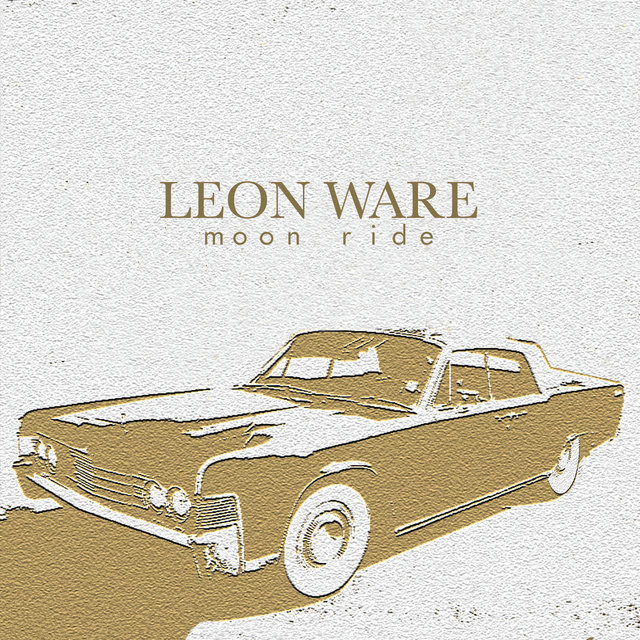 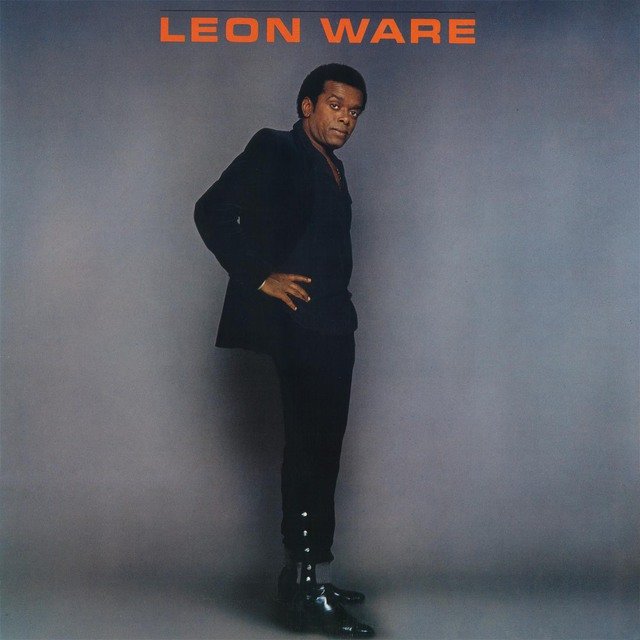 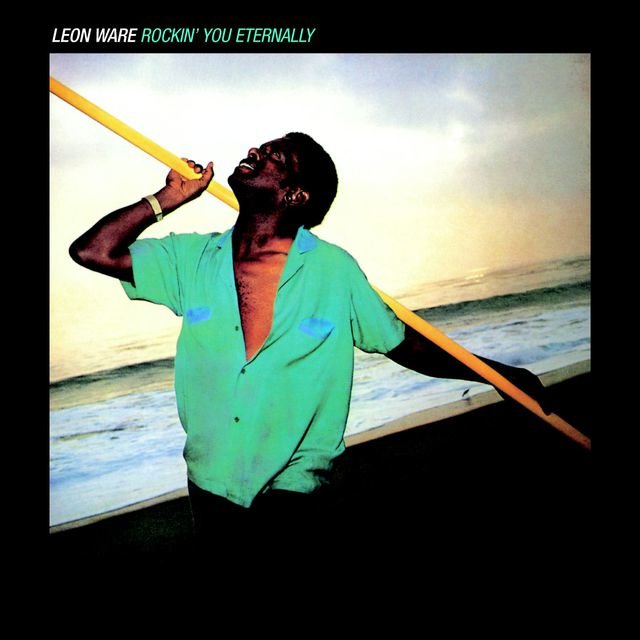 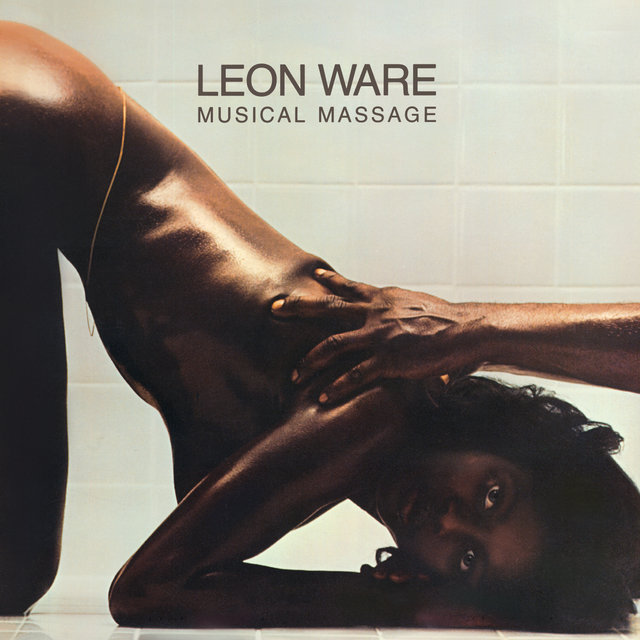 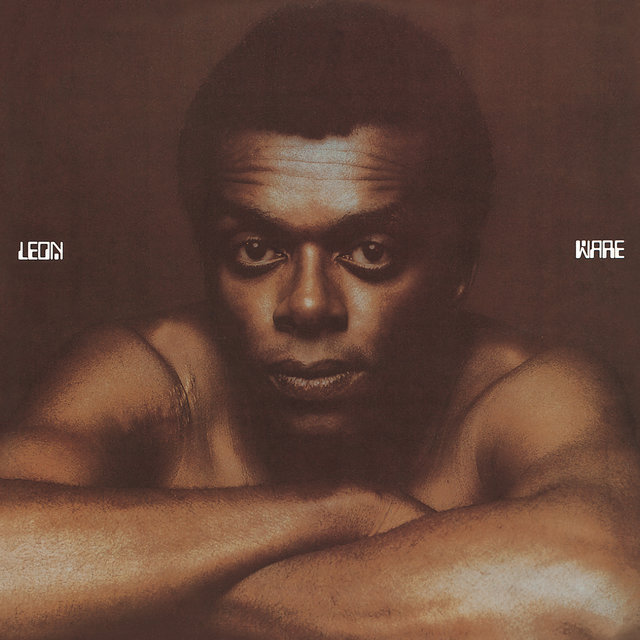 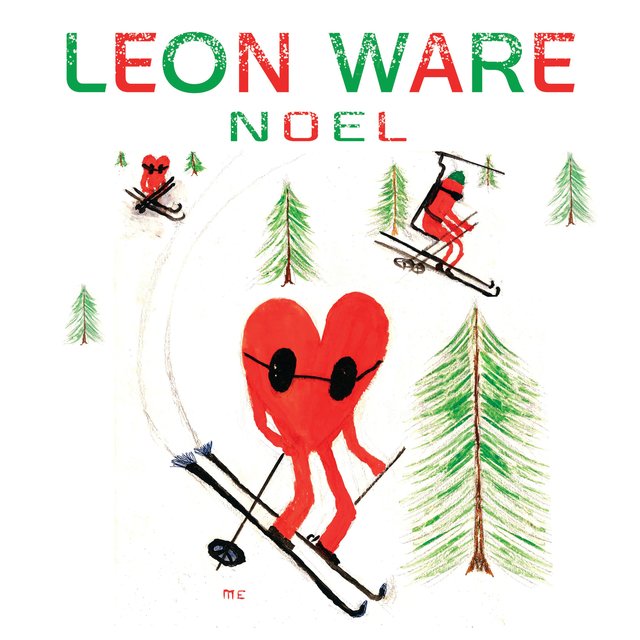 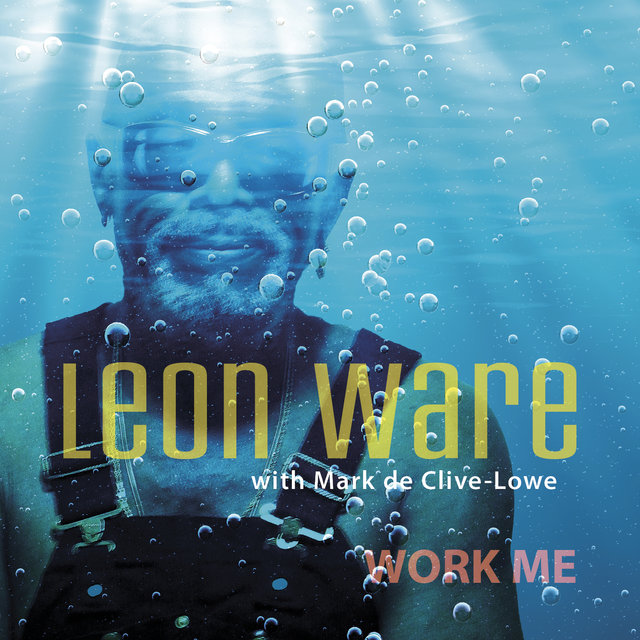 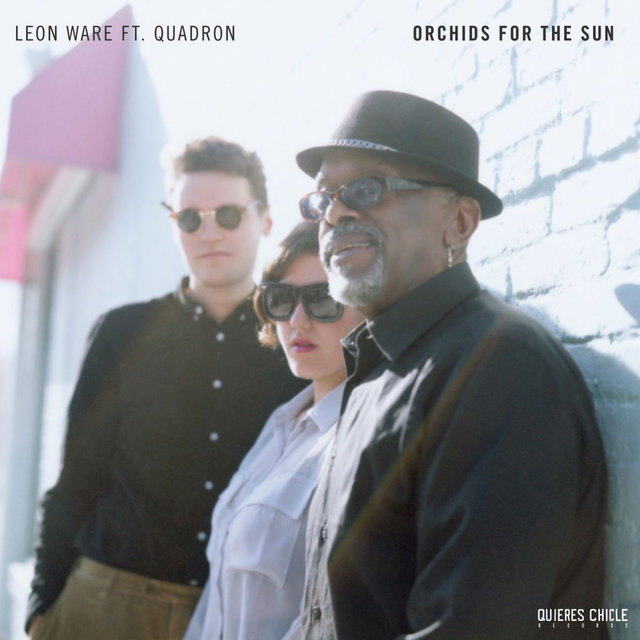 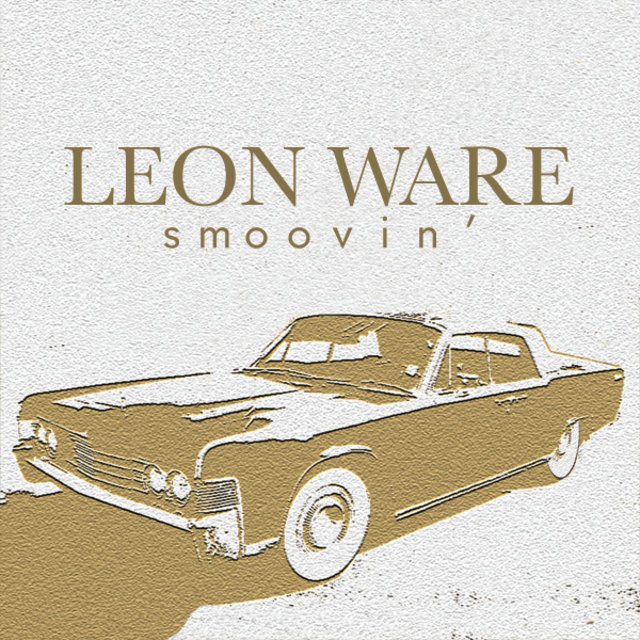 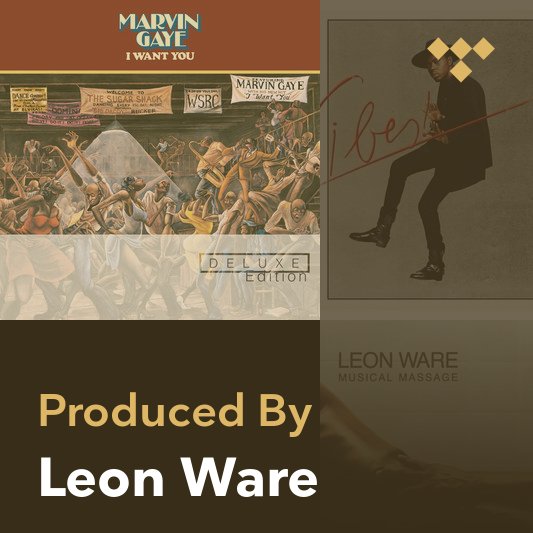 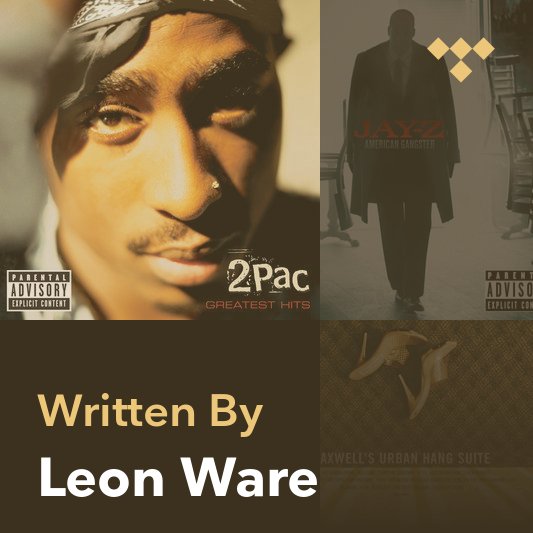 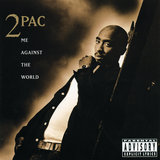 Me Against The World 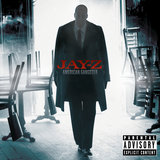 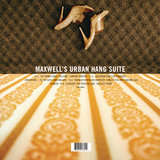 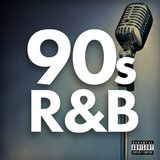 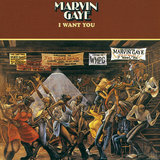