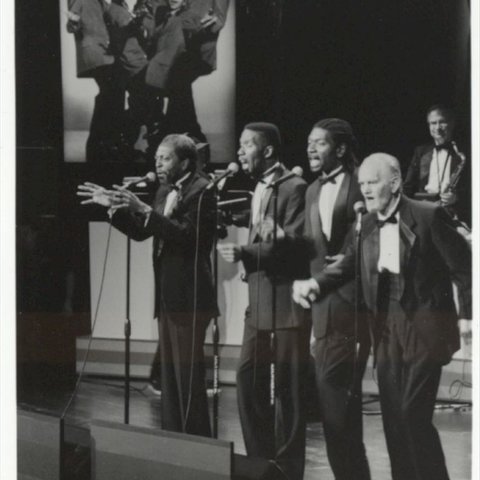 The story of the Dell-Vikings (or Del Vikings, or Del-Vikings) is one of the most glorious, complicated, and frustrating of any successful doo wop group in music history. With two major national hits ("Come Go With Me" and "Whispering Bells") to their credit — one more hit than most other successful doo wop groups ever had — they had a jump on virtually all of their competition. Just as they were ascending those heights of fame and success, however, internal fractures and some greed and misdirected ambition helped destroy any chance they had of making a lasting place for themselves at the top of their profession. They left behind two hits and a large body of very good records that weren't nearly as well-known, as well as a reputation as one of the few successful integrated vocal groups of their era.

The group had its origins at the Pittsburgh Air Force Base, where five black enlisted men, Corinthian "Kripp" Johnson (first tenor), Clarence E. Quick (bass), Don Jackson (second tenor), Bernard Robertson, and Samuel Paterson, began singing together during 1955 at the camp hall. They won a talent contest on the base in early 1956, and then competed nationally in New York and Bermuda, where they placed first and second, respectively. By that time, they were starting to attract local attention, most notably from disc jockey Barry Kaye, who wanted to record the Del Vikings, as they were then known (just one "l," and no hyphen).

The origins of their name have been ascribed to various sources. Some stories say that the members had read of the Vikings in an encyclopedia and liked the sound, the "Del" being rather more mysterious. Others claim that Clarence Quick had known a basketball team called the Vikings in Brooklyn, and suggested the name.

The Del Vikings' lineup was fairly fluid due to the nature of military service, and by early 1956, Robertson and Paterson were gone, transferred to Germany. Their replacements were Norman Wright (lead tenor) and David Lerchey (baritone). Lerchey's presence in the group as its first white member was more a matter of expediency than design, as he was simply the talent that was available. It did make the group slightly more distinctive; although other integrated singing groups had already achieved considerable exposure, including the Meadowlarks ("Heaven and Paradise") and the Mariners, who had appeared nationally on Arthur Godfrey's network television show.

This second lineup was the version of the Del Vikings that Barry Kaye recorded. The resulting sessions yielded nine songs done a cappella, including early versions of Clarence E. Quick's "Come Go With Me" and Kripp Johnson's "How Can I Find True Love." The demo tapes, which contained only the most rudimentary backing, were sent around to all of the major labels, each of which passed on the chance to record the Del Vikings. Finally, the group was signed by Joe Auerbach, the owner of a small Pittsburgh-based label called Fee Bee. A new recording session yielded a fully realized version of "Come Go With Me," backed by the quintet's own band, including their resident backup men Joe Lopes (later a top recording engineer for RCA) and Gene Upshaw on sax, with the lead sung by new member Norman Wright.

The single, released late in 1956, quickly outgrew Fee Bee's ability to exploit it, and Auerbach leased it to Dot Records; that version appeared in early 1957 and began a 31-week run on the charts, reaching number four on the pop chart and number three on the R&B chart during the spring and early summer. The group was now a national phenomenon and was booked on tours across the country, as well as a featured spot in one of Alan Freed's Brooklyn Paramount shows. Their lineup had already changed again, the group acquiring its second white member, Gus Backus, who replaced Don Jackson as second tenor. Even so, military obligations sometimes prevented all of the members from participating at once in these performances.

The success of "Come Go With Me" should have positioned the group well for future success, but instead it began a process of fracturing their lineup.

Fee Bee tried to maintain the momentum by releasing a single early in 1957 on which the group had sung backup, but that disappeared without a trace. They finally got their all-important second hit, "Whispering Bells" (also written by Clarence Quick), in the late summer of 1957, which reached number nine on the pop charts.

Behind the scenes, however, maneuvers were taking place that were to nullify these two huge successes. With "Come Go With Me" storming the charts, the Del Vikings were suddenly in demand from many of the same major labels that had passed on them a year earlier. What made their interest possible at all, in the view of their manager — who was also the legal representative for the air base where they were stationed — was that the group's contract with Fee Bee had a major flaw, in that some of the members were under 21 at the time it was signed. Faced with the chance to make new and major amounts of money for all concerned, in the midst of the group's chart run with "Come Go With Me," their manager signed the group to Mercury Records under a contract that specifically covered the members who had been underage in 1956.

Meanwhile, the group — or a version of it — had released "Whispering Bells" on Fee Bee and Dot. The result was that the group split into two rival outfits, one called the Dell-Vikings (the spelling of the outfit that released "Whispering Bells") on Dot Records, with Kripp Johnson and the returned Don Jackson; and the Del-Vikings, as their name was spelled, on Mercury, led by composer Clarence E. Quick and featuring Norman Wright, David Lerchey, Gus Backus, and new member William Blakely.

The situation was extremely complicated: Mercury had the majority of the members who'd been on "Come Go With Me," as well as the man who had written it and the man who'd sung lead on it, but the Mercury group's members were still in the Air Force and not free to tour as they might have wanted; Dot Records had one founding member of the group in Kripp Johnson and another key singer, and they and the group they assembled were out of the Air Force and free to tour as they wished.

Further complicating the group's — or groups' — situation at the time were the demos they'd recorded for Barry Kaye. He sold these to Luniverse Records, a label whose co-owners included Dickie Goodman and George Goldner. In the midst of the chart run of Dot's "Come Go With Me," Luniverse redubbed the a cappella demo recordings with a full band and released eight of the nine songs in edited form on an LP, Come Go With the Del-Vikings, as well as issuing one 45 of "Over the Rainbow" and "Hey Senorita."

The Kripp Johnson-led "Whispering Bells" on Dot, recorded by the Dell-Vikings, was followed onto the charts by the Mercury Del-Vikings' "Cool Shake"; the latter was a fast-paced rocker sung by Gus Backus, which didn't do as well, probably as a result of the fact that record retailers and distributors, as well as radio programmers, were starting to get confused by the presence of two groups with nearly identical names on two different labels. By the summer of 1957, Mercury and Dot were both claiming the same single pairing of "When I Come Home" and "I'm Spinning" as their own. Court action followed, with Mercury winning the rights to the group and the name the Del-Vikings and any variations of it. Yet another group lineup, with Joe Lopes filling in for David Lerchey, appeared alongside Fats Domino and the Diamonds in the movie The Big Beat in 1957.

The Kripp Johnson version of the group, now known as the Versatiles and featuring Don Jackson, Chuck Jackson, Arthur Budd, and Ed Everette, kept recording, but without success, and by the end of 1957, Kripp Johnson was back with the Mercury Del-Vikings. Now the "classic" Del Viking lineup was restored and the group was back to full strength, but the moment had passed, and the Del-Vikings had no further national hits.

In 1959, the Mercury contract ended, and after a few detours, the group — now a sextet including Johnson, Quick, Ritzy Lee, Billy Woodruff, Willie Green, and Douglas White — signed with ABC-Paramount. They had little success at ABC, despite having made some excellent records. By the time of their ABC contract, the group had come to sound somewhat like the Drifters, especially in terms of the arrangements they were using. By 1965, it was over for the Del-Vikings. The group experienced a revival under Clarence Quick in 1972 amid the oldies boom, and they recorded a new version of "Come Go With Me" for the New York-based Scepter label that got some notice in Billboard early in 1973. By 1980, Kripp Johnson had reformed his own "Dell-Vikings" (the Mercury contract having long since ended, there was no party to lay final claim to the name) with Norman Wright, Ritzy Lee, John Byas, and David Lerchey, and his and Quick's Del-Vikings hovered around each other; avoiding direct confrontation by staying out of each other's way on tours through different parts of the country, until Quick's death in 1985 and Johnson's death in 1990.

The juggling of the group membership, name, and label affiliation makes collecting the Del-Vikings (or Dell-Vikings) very complicated. The "Come Go With Me" group on Dot in the main moved over to Mercury as the Del Vikings without any major hits, so it is a good idea to own both the Dot and Mercury stuff. But the Mercury group (from late 1957 until 1959) included all of the key original members, and they eventually moved over to ABC-Paramount in 1960 or so, and MCA now owns both Dot and ABC; meaning that the collections of the group's work aren't simple to divide or arrange. MCA's Best of the Del-Vikings has the beginning and end of the classic group, late 1956 to mid-1957 with a jump to 1960-1963, while Mercury has the glorious middle, mid-1957 to 1959 (and both collections include "When I Come Home" and "I'm Spinning"). And Collectables has the original 1956 demos, with yet another lineup of Dell Vikings.

Whether they were spelling their name Del-Vikings, Del Vikings, or Dell-Vikings, the group left behind one of the most satisfying bodies of R&B and doo wop music this side of the Drifters. The lingering appeal of "Come Go With Me" and "Whispering Bells" — used in movies like George Lucas' American Graffiti and Rob Reiner's Stand By Me — has helped their music remain among the most accessible bodies of doo wop music well into the CD era. ~ Bruce Eder 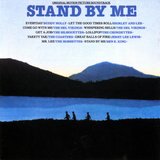 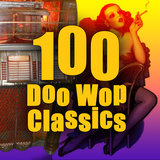 Come Go With Me (Re-Recorded) 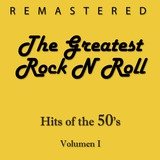 Come Go with Me (Remastered) 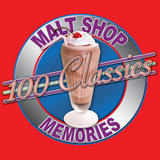 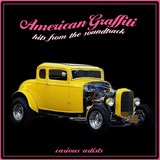 Come Go With Me (from "American Graffiti") 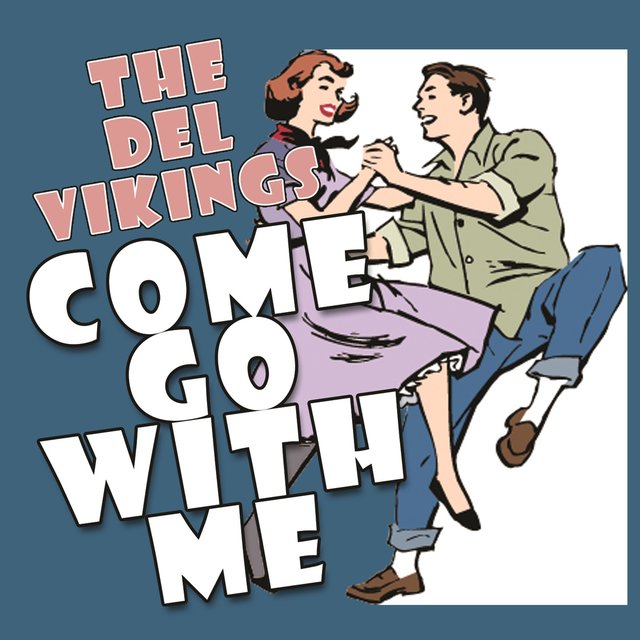 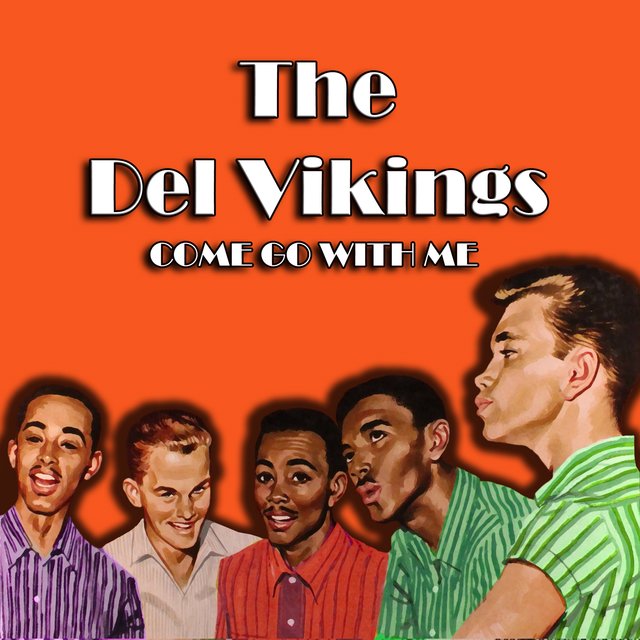 Come Go With Me
The Del Vikings 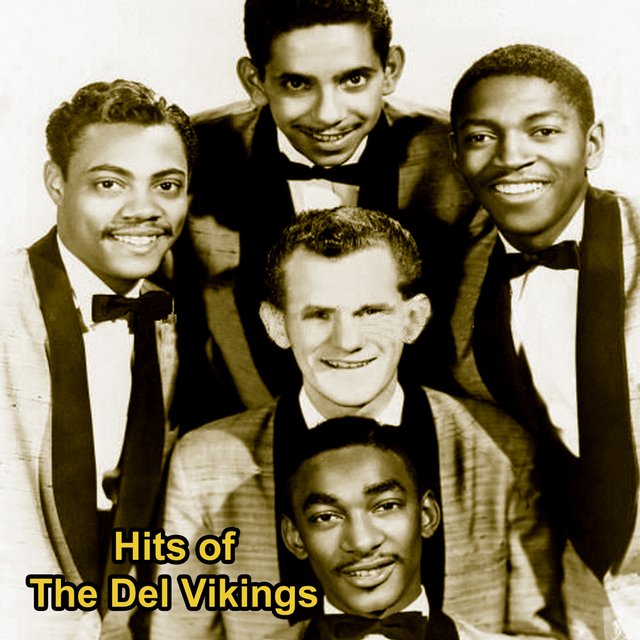 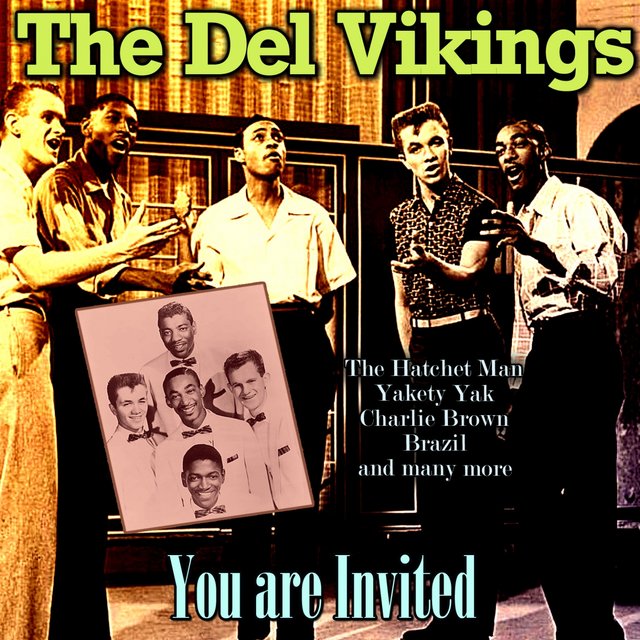 You are Invited
The Del Vikings 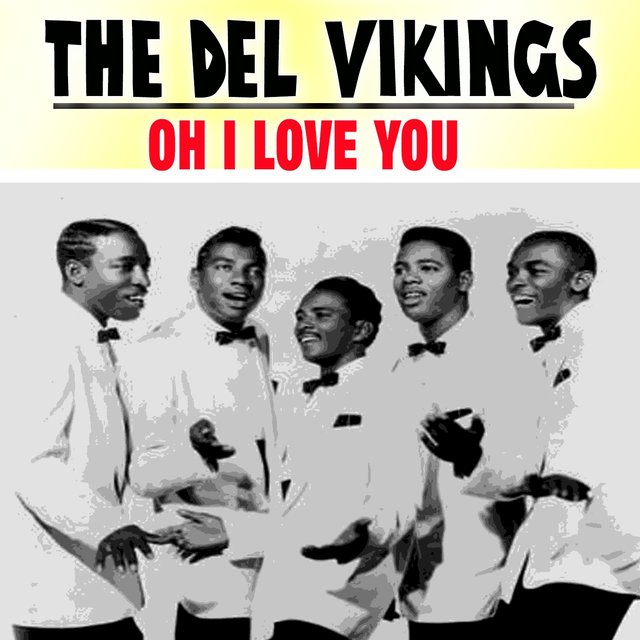 OH I LOVE YOU
The Del Vikings 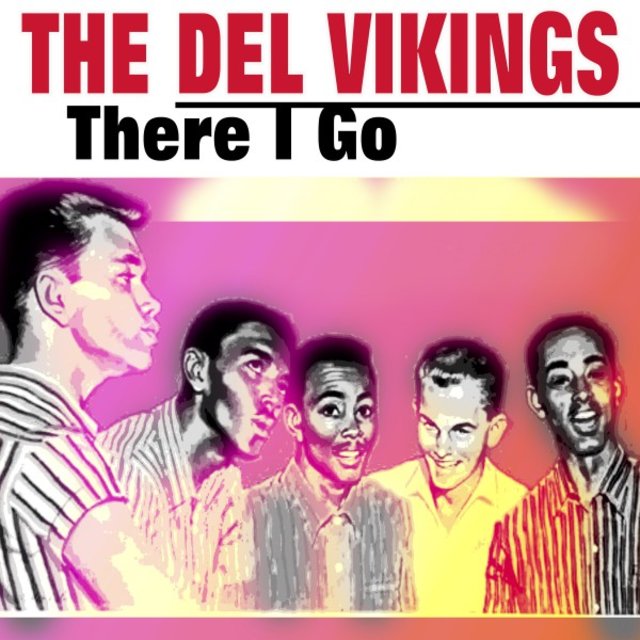 There I Go
The Del Vikings 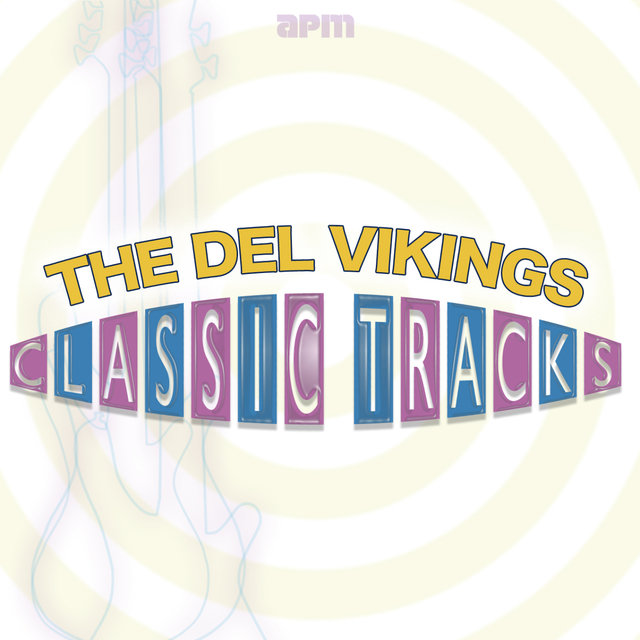 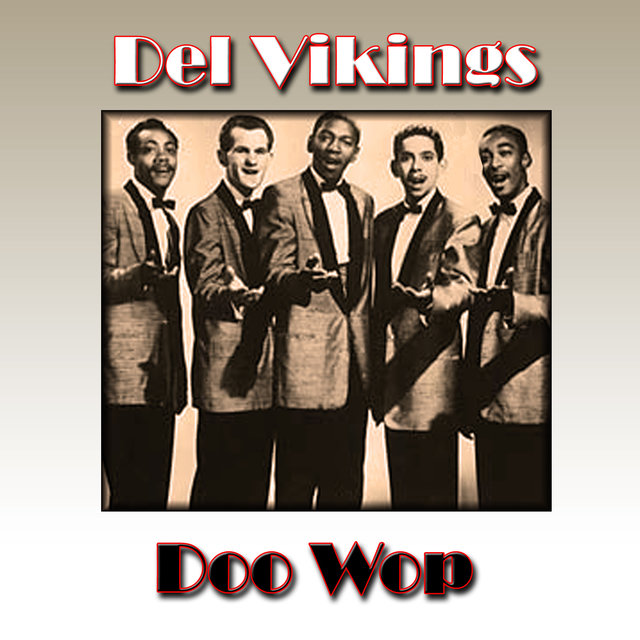 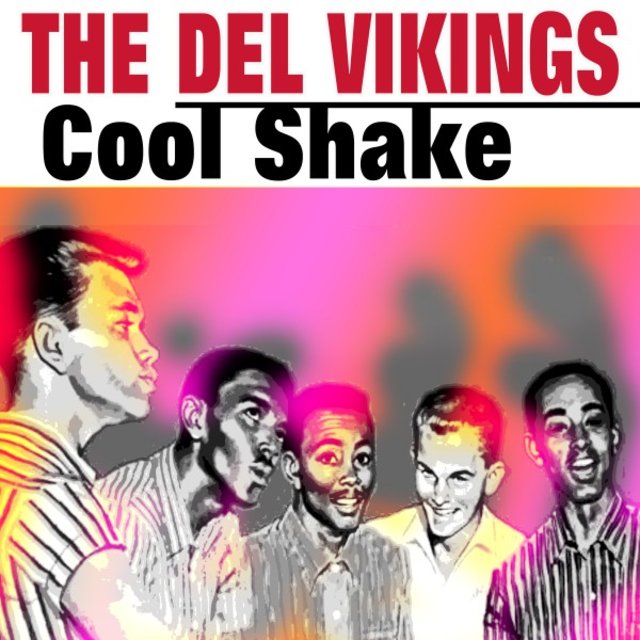 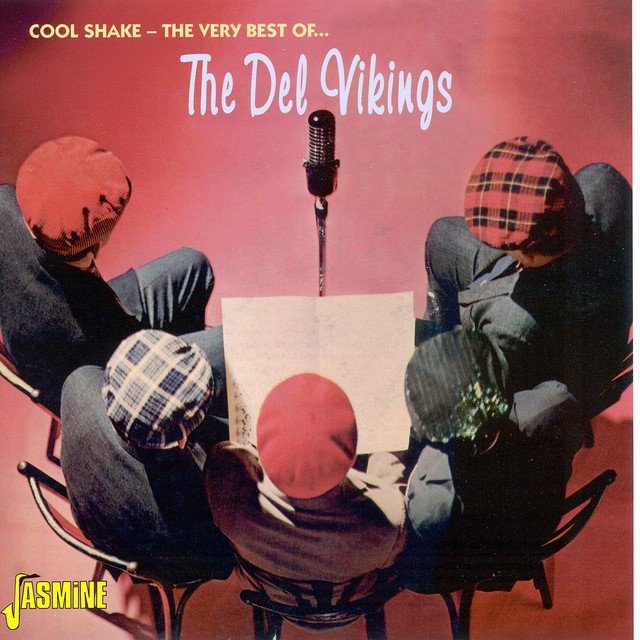 Cool Shake - The Very Best of...
The Del Vikings 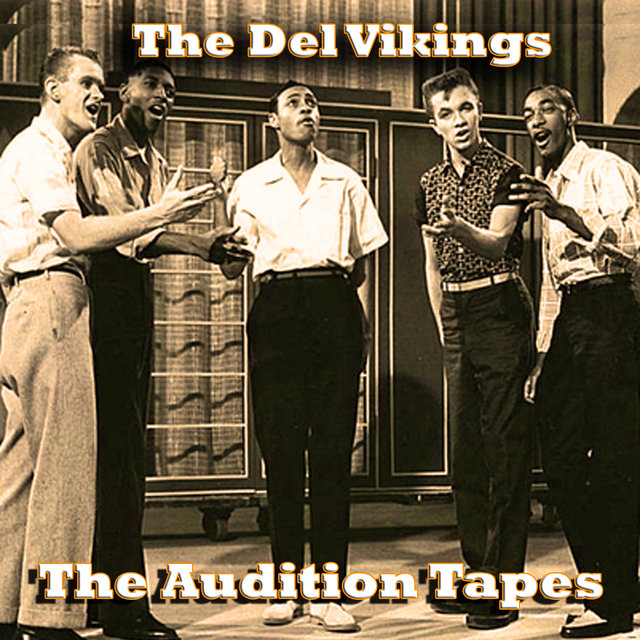 The Audition Tapes
The Del Vikings 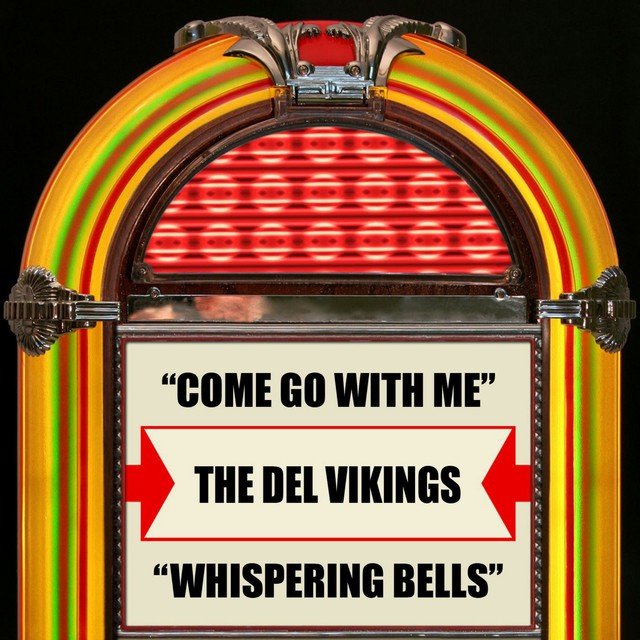 Come Go With Me / Whispering Bells
The Del Vikings 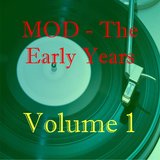 Bring Back Your Heart 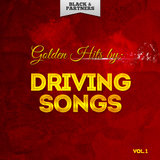 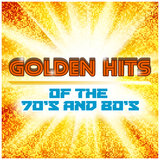