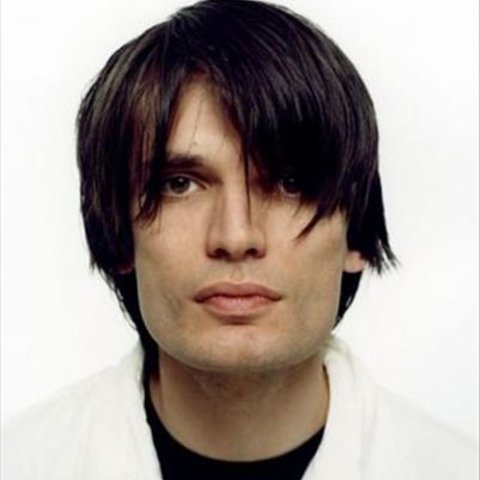 Although most people's initial musical exposure to Jonny Greenwood came via his hugely distorted guitar crunches on Radiohead's breakthrough single "Creep," Greenwood (not to be confused with his older brother/bass-playing bandmate Colin Greenwood) could be more appropriately described as Radiohead's jack-of-all-trades — a multi-instrumentalist who is as comfortable playing xylophone, sampler, or keyboards (to name just a few) as his uniquely angular guitar lines. Along with Thom Yorke's inimitable vocals, Jonny Greenwood's wide array of unconventional sonic textures helped to define Radiohead's distinctive sound and push the boundaries of their music into unusual and decidedly non-rock directions.

Jonathan Richard Guy Greenwood was born on November 5, 1971, in Oxford, England. Along with his brother Colin, Greenwood attended Abingdon School near Oxford; it was here that the older Colin first came into contact with schoolmate Thom Yorke. Before long, the duo was playing music together in a project dubbed TNT. Guitarist Ed O'Brien and drummer Phil Selway were soon admitted into the fold, and the new band adopted the moniker On a Friday (in reference to the day of the week they would routinely get together and practice). Jonny Greenwood, who was a couple of years younger than the other four, repeatedly asked to play with the group; he was finally invited to play harmonica with On a Friday at a 1987 gig at the Jericho Tavern in Oxford. This proved to be his initiation into the band; he later took over keyboard duties for the group before finally switching into the role of lead guitarist.

However, On a Friday was placed on an extended hiatus when the four older members went off to college in the fall of 1987. A couple of years later, Greenwood himself went on to study music at Oxford. By the summer of 1991, though, his bandmates had graduated from college and reunited the group, prompting him to leave school (after only a year) so that he could commit to On a Friday on a full-time basis.

The reformed quintet quickly got to work, recording and releasing a series of demo tapes and gigging steadily in the area. It wasn't long before the major labels came knocking, and On a Friday soon had a record deal with EMI. Their new label quickly pointed out (not unjustly) that the band's name was somewhat unwieldy; the band concurred, and Radiohead was selected as their new name, taken from the title of a Talking Heads song.

In late 1992, Radiohead exploded in America with their single "Creep"; featuring Greenwood's jarringly percussive, muted guitar bursts (which strangely provided the song's hook), "Creep" was widely embraced by MTV and alternative radio, who put the song into heavy rotation. Although follow-up singles from their album Pablo Honey were released, Radiohead could not escape the one-hit wonder stigma until the release of The Bends in 1995. An amazing artistic leap over their first album, The Bends contained plenty of Jonny Greenwood guitar pyrotechnics ("Just," "My Iron Lung"), but also revealed an assured, mature side of the group that was previously unknown ("Street Spirit," "Fake Plastic Trees").

Around this time, Greenwood's physically aggressive style of playing guitar began to take a toll on his right wrist. To relieve the pain and deter the onset of carpal tunnel syndrome, he was fitted with a wrist brace to provide support to the joint. The brace soon became a trademark of sorts for Greenwood, and he continued to wear it out of routine long after the immediate threat of injury was gone.

After The Bends, Greenwood began to show signs that he was growing uninspired with using the guitar as his primary means of expression. Said the guitarist, "There's only 12 power chords, and I think we've had about 20 years of them, so maybe it's time to move on." Greenwood took this sentiment so far as to (half-jokingly) issue a prompt to online Radiohead fans, asking them to send him any interesting chord progressions that they could devise.

Nevertheless, when Radiohead released the massively successful OK Computer in 1997, the guitar work was taken to new heights. Beginning immediately with the opening atonal "Airbag" riff, Greenwood redefined what a guitar could sound like, whether it was the distant, chiming gull-cries of "Subterranean Homesick Alien" (which succeeds admirably in its attempt to recreate Miles Davis' Bitches Brew trumpet tone) or the digital meltdown near the end of "Paranoid Android."

On the ensuing North American tour, however, Greenwood's dissatisfaction with playing strictly guitar-oriented music reached its zenith — a feeling that was carried over into the recording studio following the tour's completion. The release of Kid A in 2000 and its counterpart Amnesiac the following year clearly reflected this; Radiohead's trademark guitars had vanished from all but a handful of their songs, replaced instead with layers of synthesizers, keyboards, and samplers. Indeed, Greenwood seemed on an ongoing quest to find new methods for creating unique music. ~ Steve Bekkala 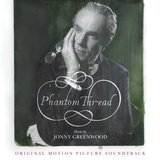 The Tailor of Fitzrovia 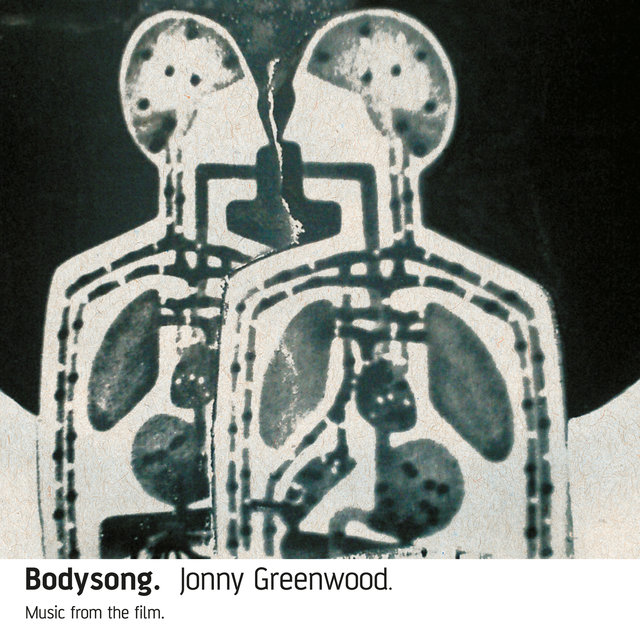 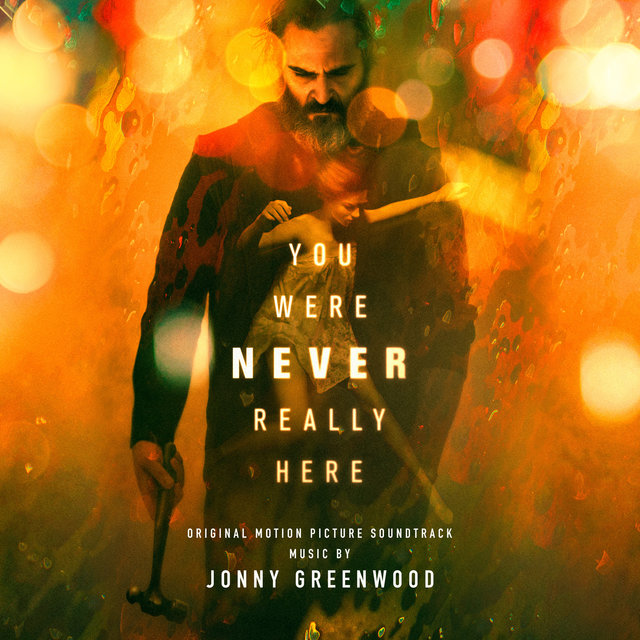 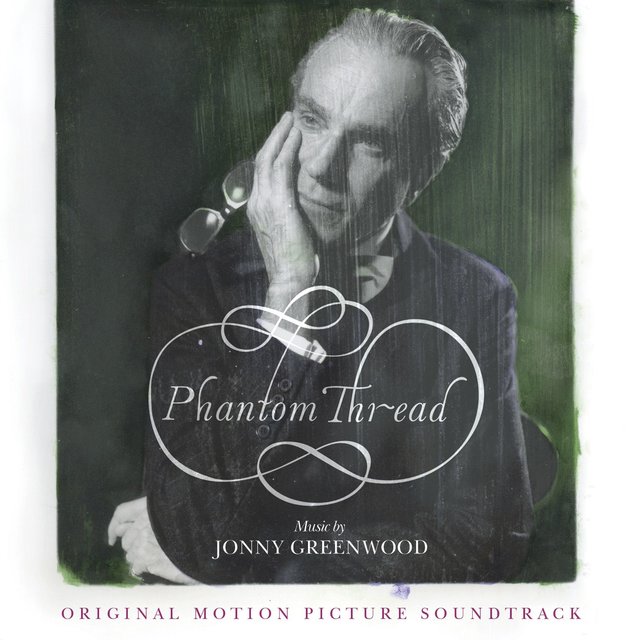 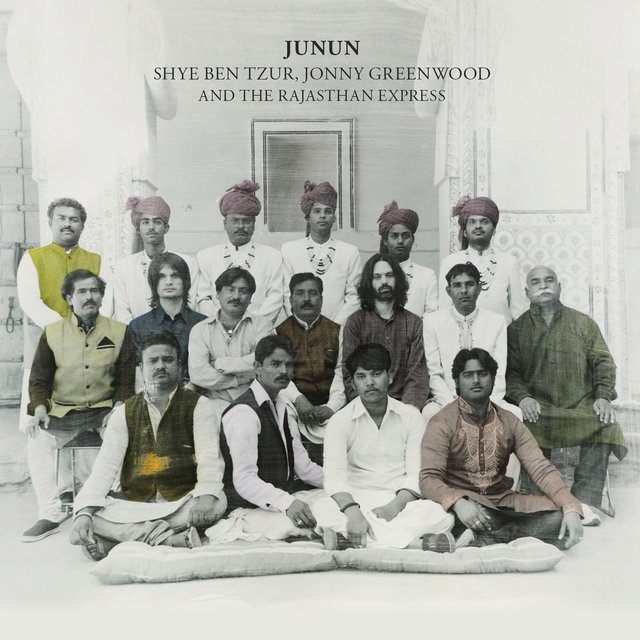 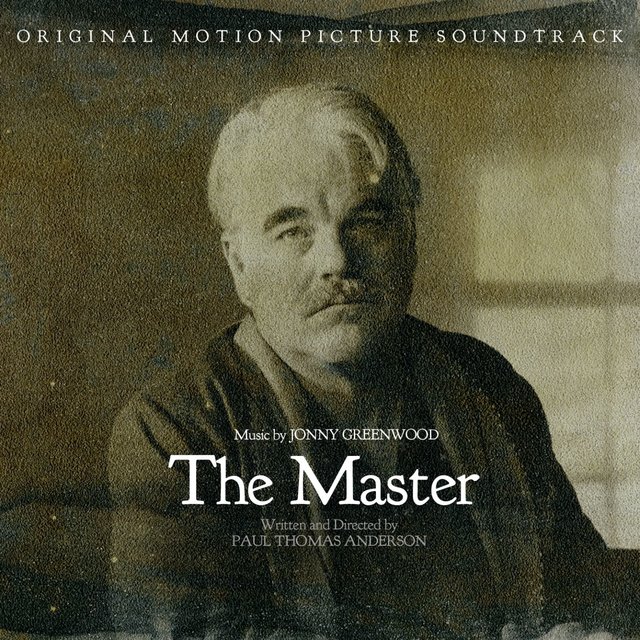 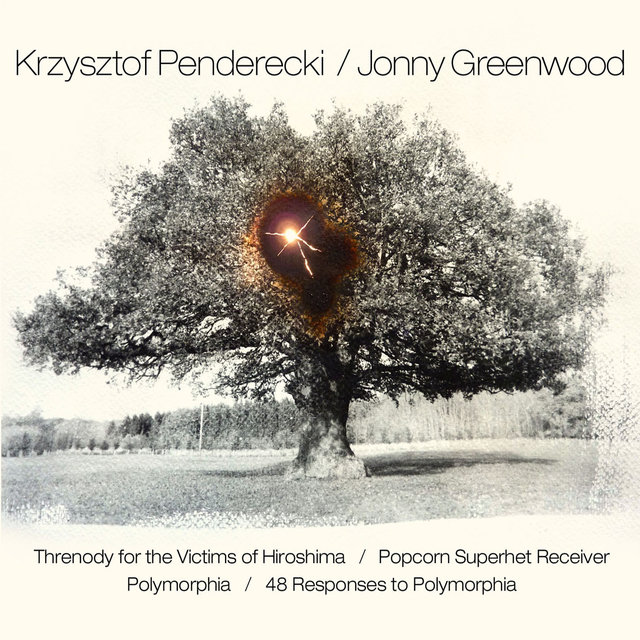 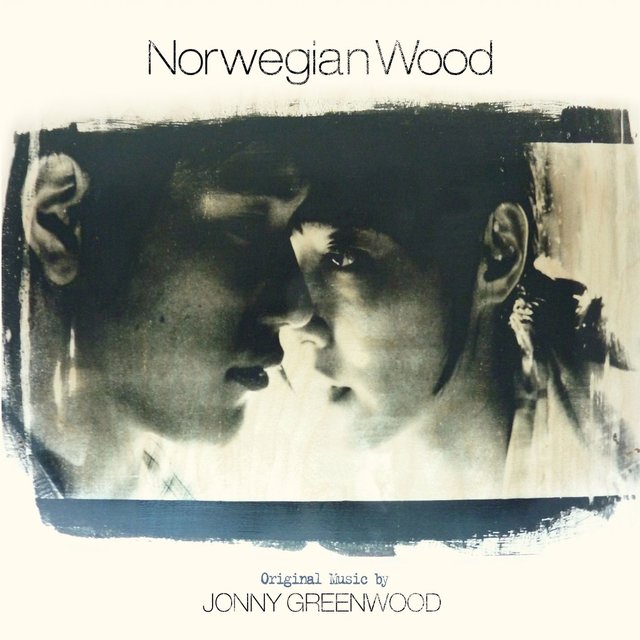 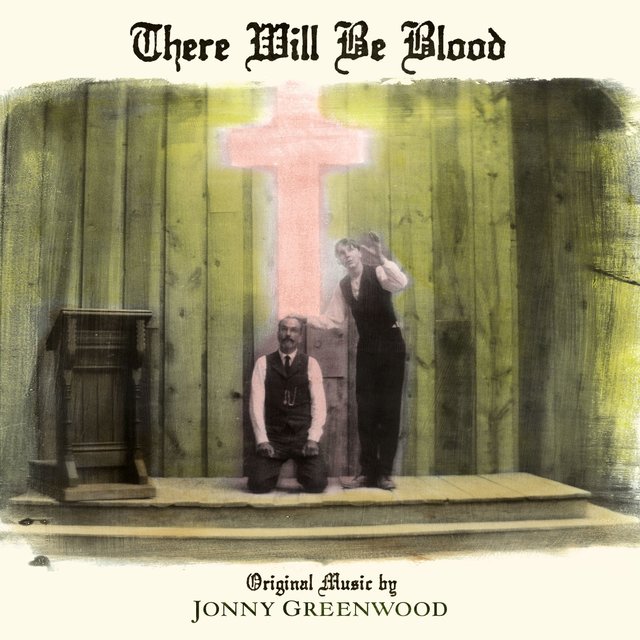 There Will Be Blood
Jonny Greenwood 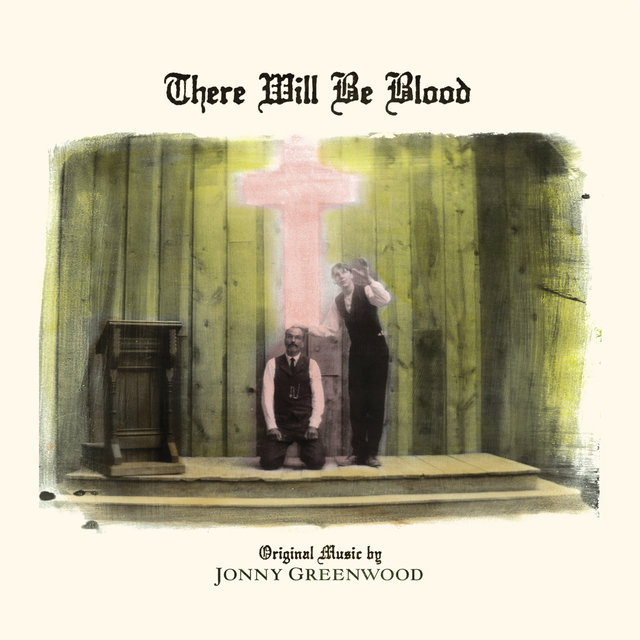 There Will Be Blood (Music from the Motion Picture)
Jonny Greenwood 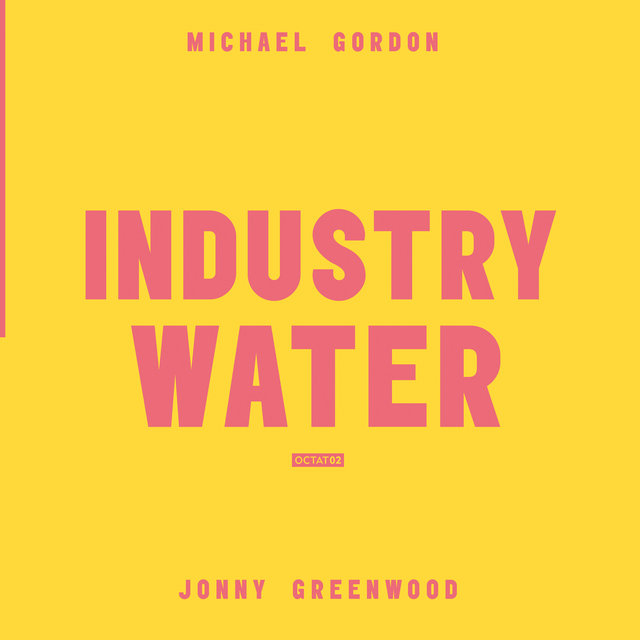 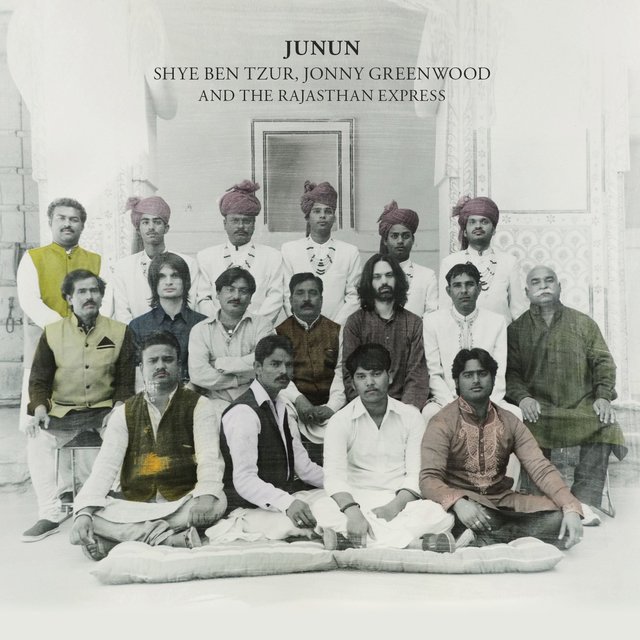 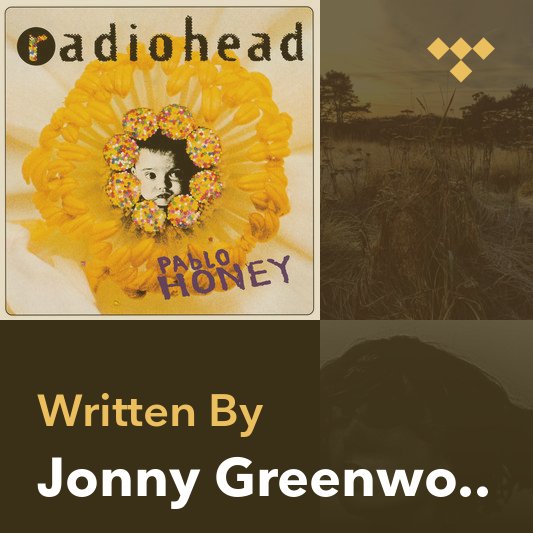 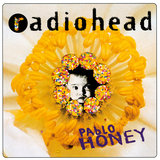 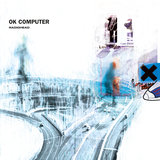 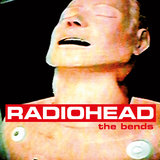 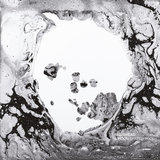 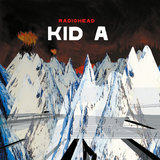 Everything In Its Right Place