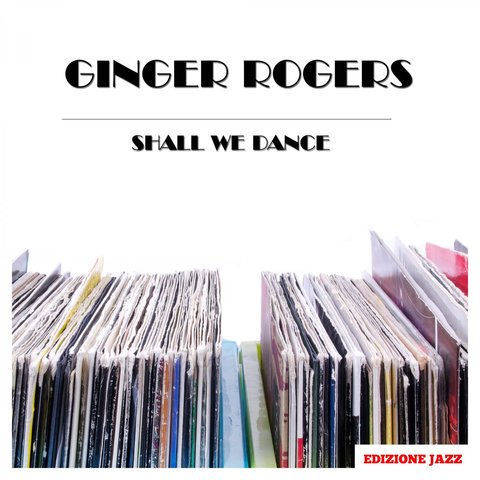 In step with Fred Astaire, Ginger Rogers was one half of the most legendary dancing team in film history; she was also a successful dramatic actress, even winning a Best Actress Oscar. Born Virginia McMath on July 16, 1911, in Independence, MO, she relocated to Hollywood while still a toddler with her newly divorced mother, herself a screenwriter. At the age of six Rogers was offered a movie contract, but her mother turned it down; the family later moved to Fort Worth, where she first began appearing in area plays and musical revues. Upon winning a Charleston contest in 1926, Rogers' mother declared her ready for a professional career, and she began working the vaudeville circuit, fronting an act dubbed "Ginger and the Redheads"; after marrying husband Jack Pepper in 1928, the act became "Ginger and Pepper." She soon traveled to New York as a singer with Paul Ash's Orchestra, and upon filming the Rudy Vallée short Campus Sweethearts won a role in the 1929 Broadway production Top Speed.

On Broadway, Rogers earned strong critical notice as well as the attention of Paramount, who cast her in 1930's Young Man of Manhattan, becoming typecast as a quick-witted flapper; back on Broadway, she and Ethel Merman starred in Girl Crazy. Upon signing a contract with Paramount, she worked at their Astoria studio by day and returned to the stage in the evenings; under these hectic conditions she appeared in a number of films, including The Sap from Syracuse, Queen High, and Honor Among Lovers. Rogers subsequently asked to be freed of her contract, but soon signed with RKO; when her Broadway run ended, she went back to Hollywood, starring in 1931's The Tip-Off and The Suicide Fleet. When 1932's Carnival Boat failed to attract any interest, RKO dropped her and she freelanced around town, co-starring with Joe E. Brown in the comedy The Tenderfoot, followed by a thriller, The Thirteenth Guest, for Monogram. Finally, the classic 1933 musical 42nd Street poised her on the brink of stardom, and she next appeared in Warner Bros.' Gold Diggers of 1933.

Rogers then returned to RKO, where she starred in Professional Sweetheart; the picture performed well enough to land her a long-term contract, and features like A Shriek in the Night and Sitting Pretty followed. RKO then cast her in the musical Flying Down to Rio, starring Delores del Rio; however, the film was stolen by movie newcomer Astaire, fresh from Broadway. He and Rogers did not reunite until 1934's The Gay Divorcee, a major hit; however, she resisted typecasting as strictly a musical star, and followed with the drama Romance in Manhattan. Still, the returns from 1935's Roberta, another musical venture with Astaire, made it perfectly clear what kinds of films audiences expected Rogers to make, and although she continued tackling dramatic roles when the opportunity existed, she rose to major stardom alongside Astaire in classics like Top Hat, 1936's Follow the Fleet, Swing Time, and Shall We Dance. Even without Astaire, Rogers found success in musical vehicles, and in 1937 she and Katharine Hepburn teamed brilliantly in Stage Door.

After 1938's Carefree, Rogers and Astaire combined for one final film, the following year's The Story of Vernon and Irene Castle, before splitting; she still harbored the desire to pursue a dramatic career, but first starred in an excellent comedy, Bachelor Mother. In 1940, Rogers starred as the titular Kitty Foyle, winning an Academy Award for her performance; she next appeared in the 1941 Garson Kanin comedy Tom, Dick and Harry. After starring opposite Henry Fonda in an episode of Tales of Manhattan, she signed a three-picture deal with Paramount expressly to star in the 1944 musical hit Lady in the Dark; there she also appeared in Billy Wilder's The Major and the Minor and Leo McCarey's Once Upon a Honeymoon. Rogers then made a series of films of little distinction, including 1945's Weekend at the Waldorf (for which she earned close to $300,000, making her one of the highest-paid women in America), the following year's Magnificent Doll, and the 1947 screwball comedy It Had to Be You.

Rogers then signed with the short-lived production company Enterprise, but did not find a project which suited her; instead, for MGM she and Astaire reunited for 1949's The Barkleys of Broadway — their first color collaboration. The film proved highly successful, and rekindled her sagging career — she then starred in a pair of Warner Bros. pictures, the 1950 romance Perfect Strangers and the social drama Storm Warning. After 1951's The Groom Wore Spurs, Rogers starred in a trio of 1952 Fox comedies — We're Not Married, Monkey Business, and Dreamboat — which effectively halted whatever momentum her reunion with Astaire had generated, a situation remedied by neither the 1953 comedy Forever Female or by the next year's murder mystery Black Widow. In Britain, she filmed Beautiful Stranger, followed by 1955's lively Tight Spot. With 1957's farcical Oh, Men! Oh, Women!, Rogers' Hollywood career was essentially finished, and she subsequently appeared in stock productions of Bell Book and Candle, The Unsinkable Molly Brown, and Annie Get Your Gun.

In 1959 Rogers travelled to Britain to star in a television musical, Carissima; a few years later, she starred in a triumphant TV special, and also garnered good notices taking over for Carol Channing in Hello, Dolly. She also starred in Mame in London's West End, earning over 250,000 pounds for her work — the highest sum ever paid a performer by the London theatrical community. In 1965 Rogers entered an agreement with the Jamaican government to produce films in the Caribbean; however, shooting there was a disaster, and the only completed film to emerge from the debacle was released as Quick, Let's Get Married. That same year she also starred as Harlow, her final screen performance. By the 1970s, Rogers was regularly touring with a nightclub act, and in 1980 headlined Radio City Music Hall. A tour of Anything Goes was among her last major performances; in 1991, she published an autobiography, Ginger: My Story. Rogers died April 25, 1995. ~ Jason Ankeny 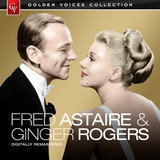 Lets Call the Whole Thing Off

I Used To Be Colour Blind

We're in the Money 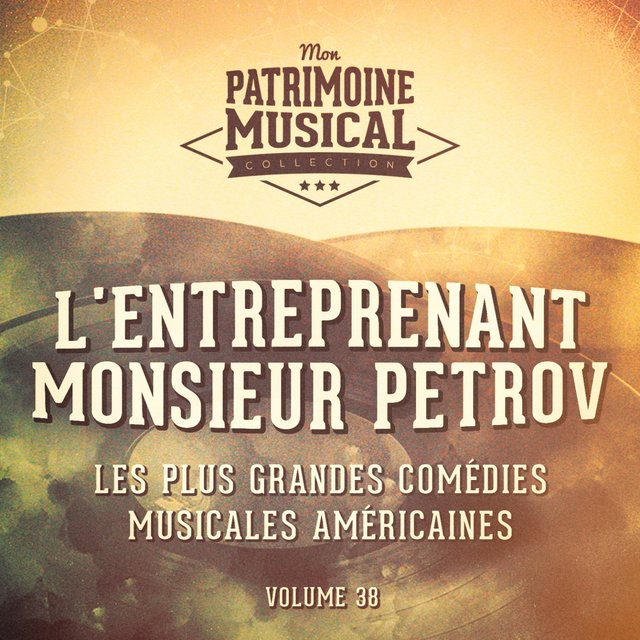 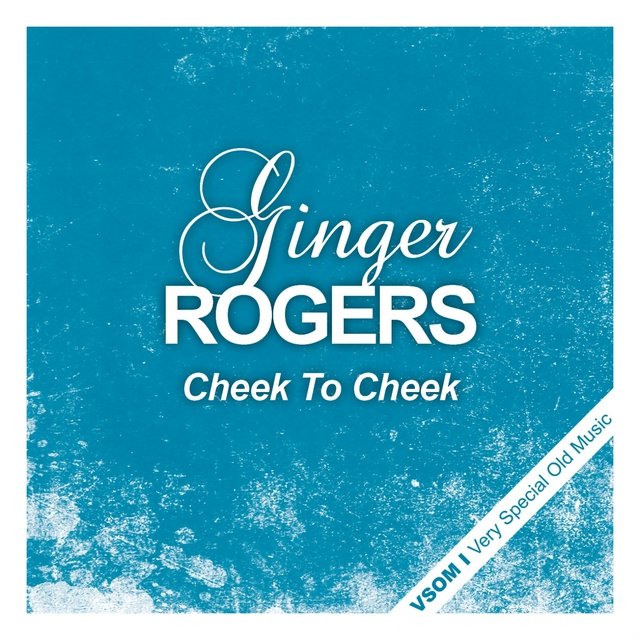 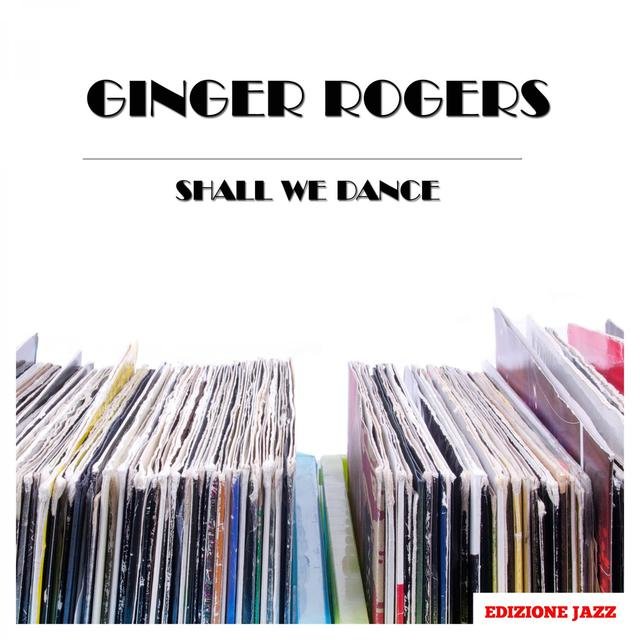 Shall We Dance
Ginger Rogers 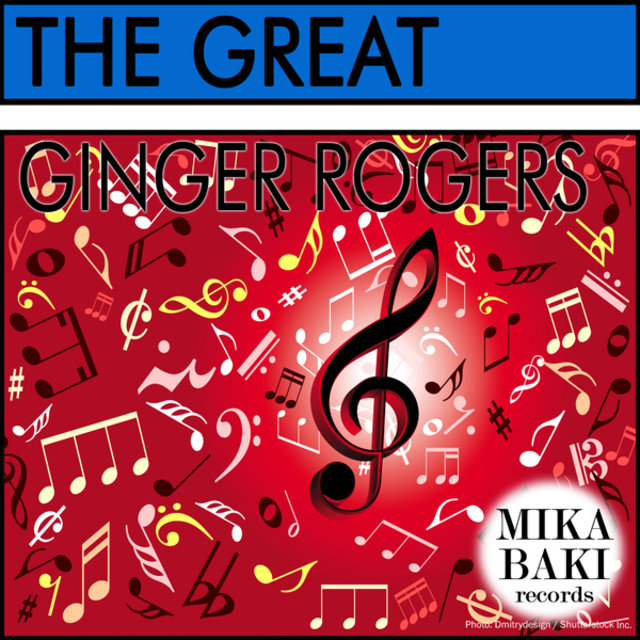 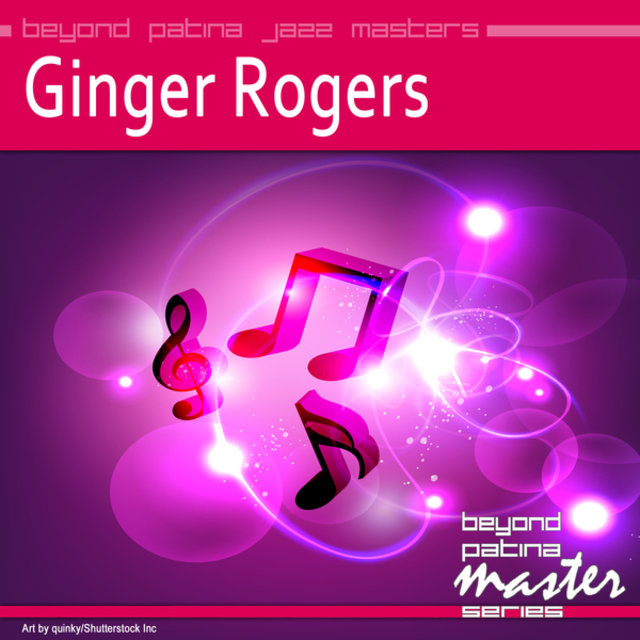 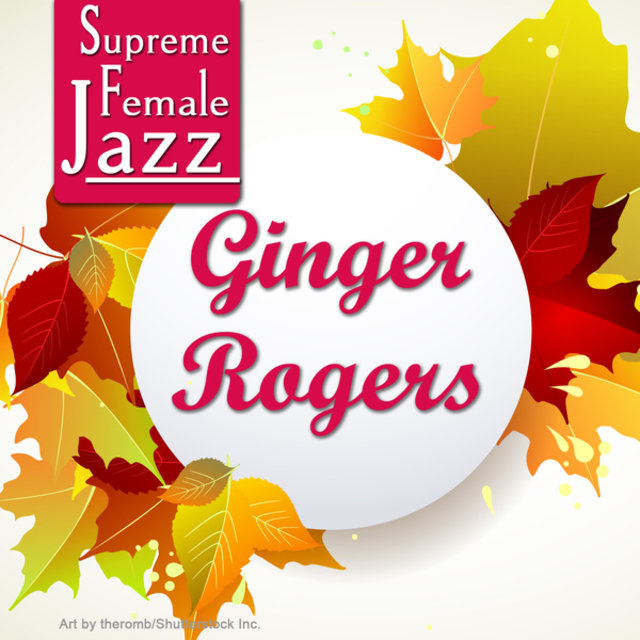 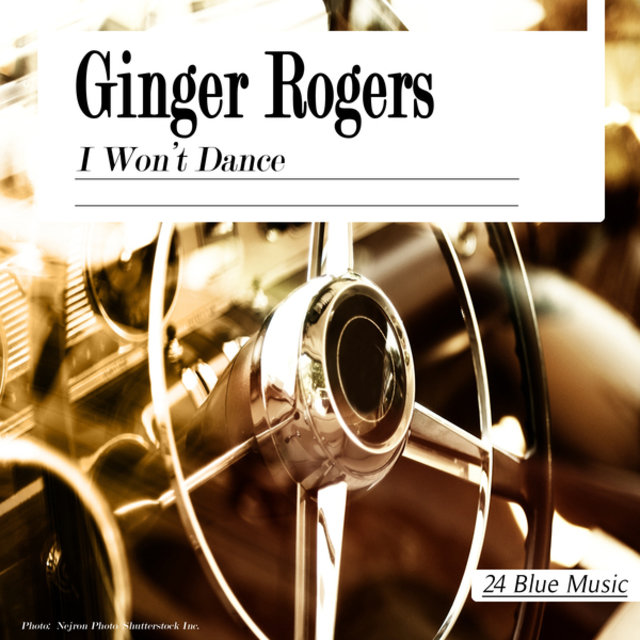 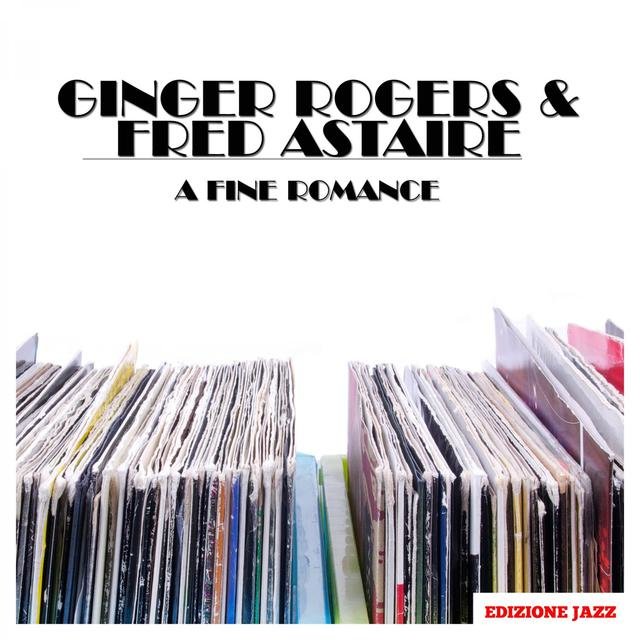 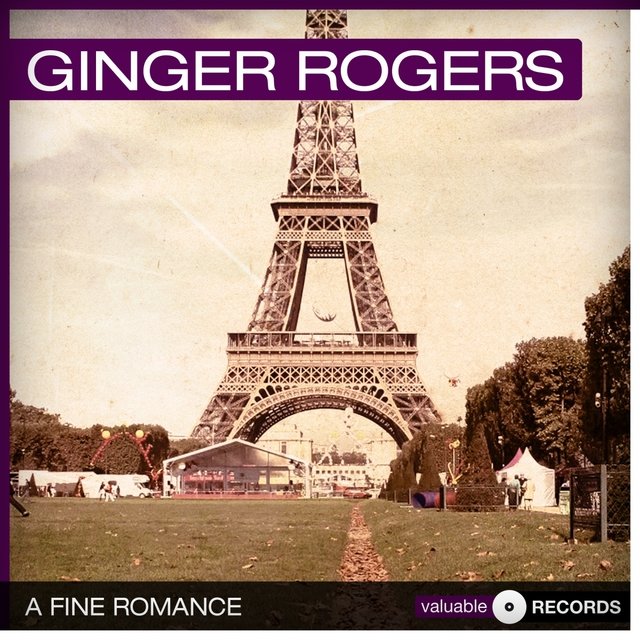 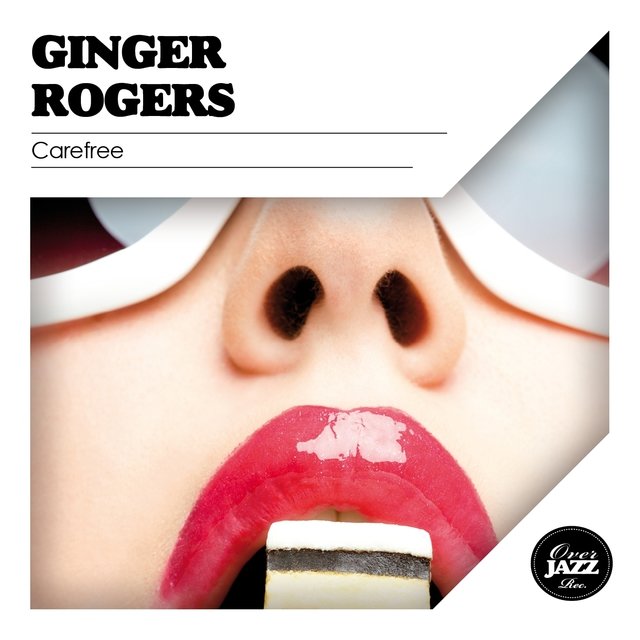 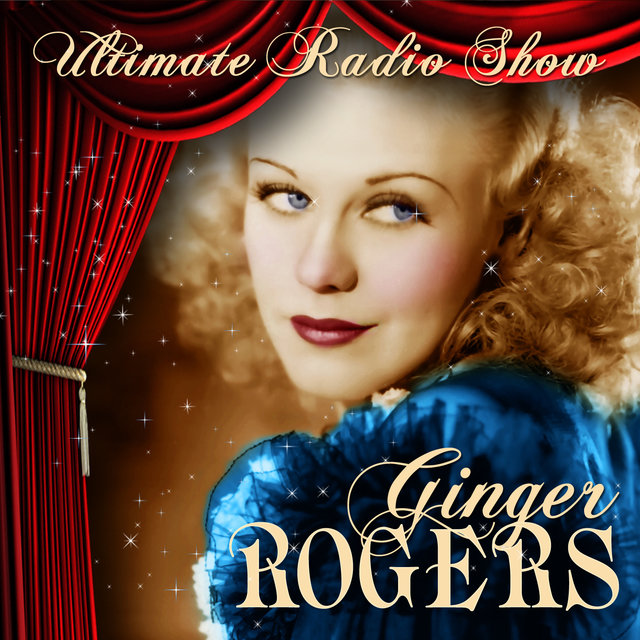 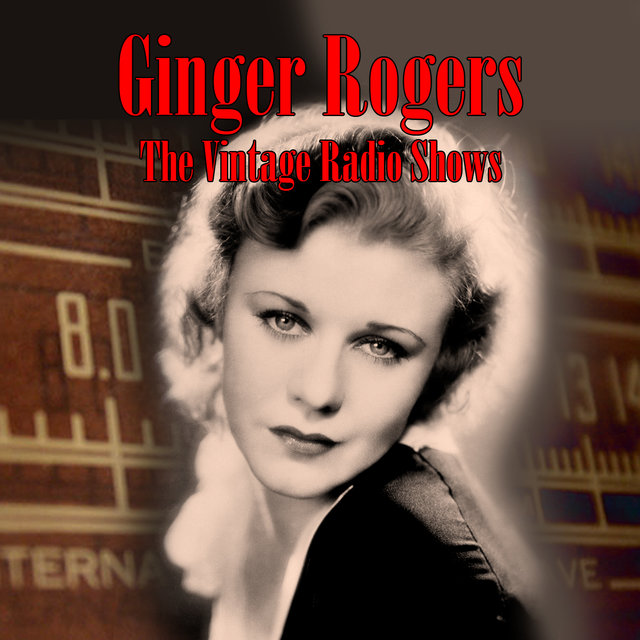 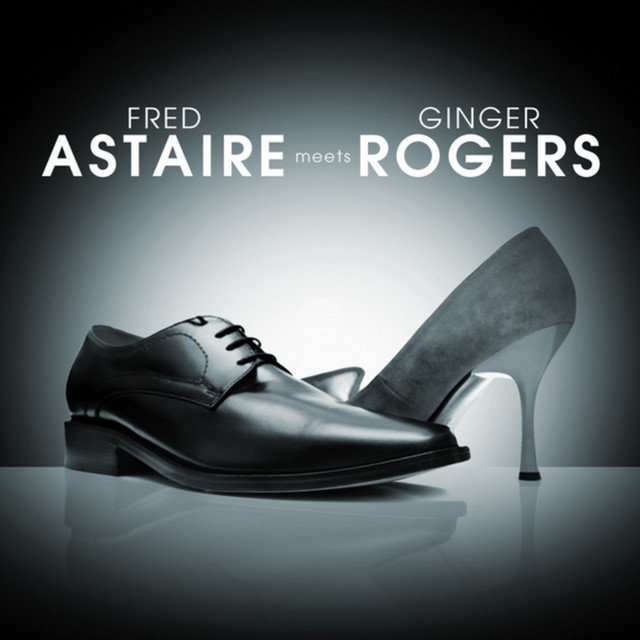 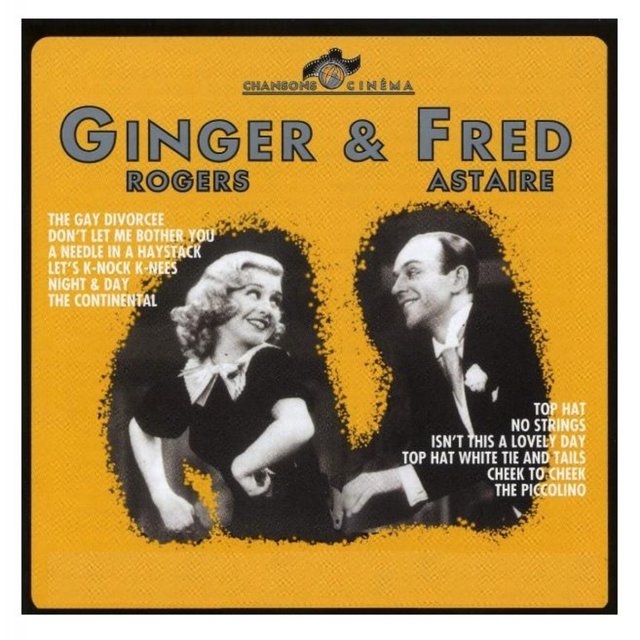 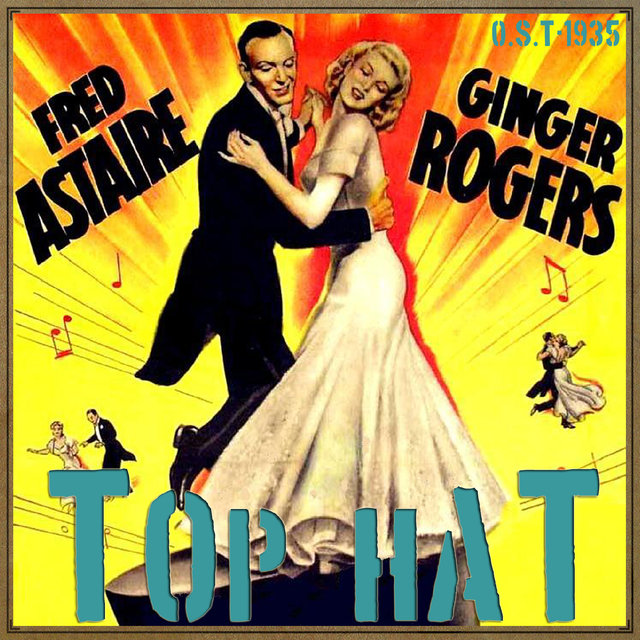 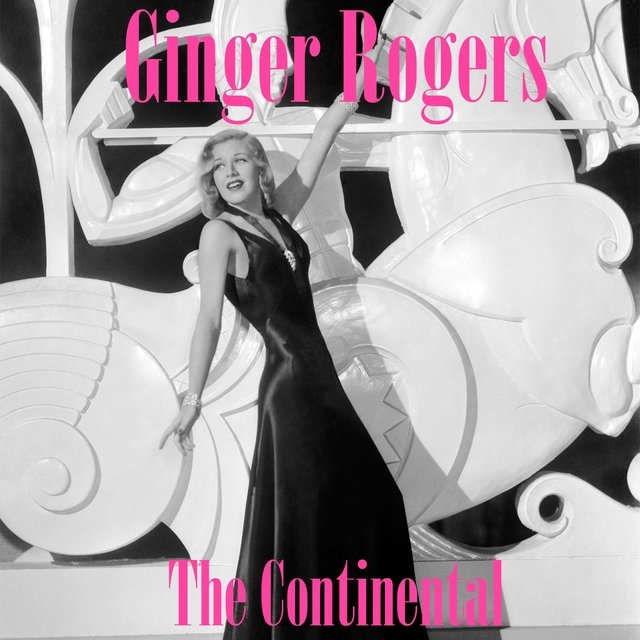 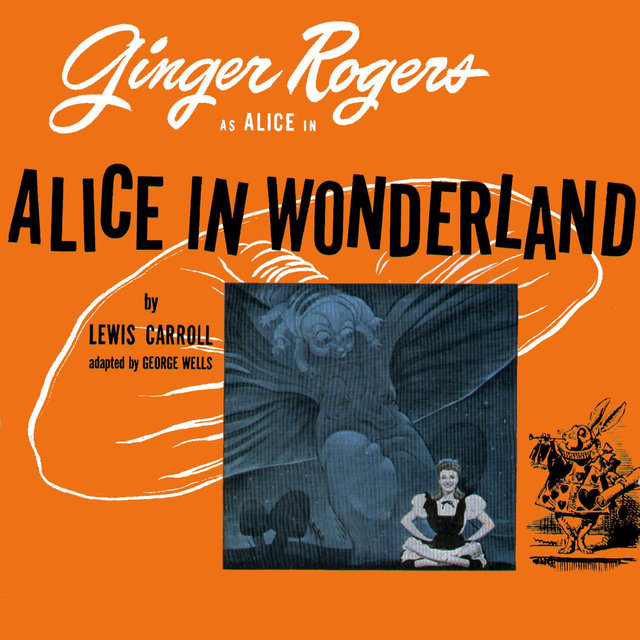 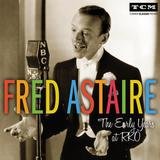 I Used to Be Color Blind 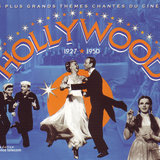 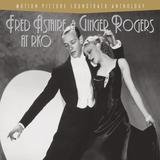