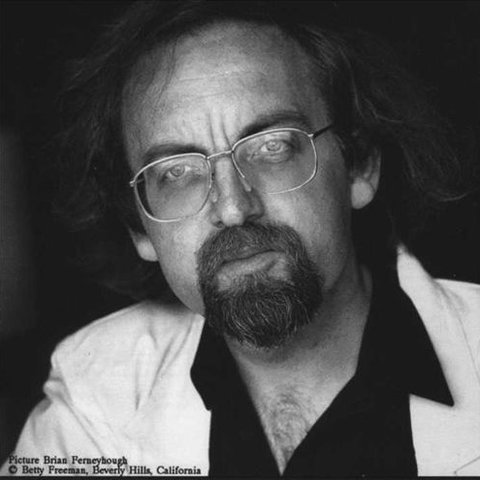 Within a generation of highly influential, progressively modernist English composers, Brian Ferneyhough (born in 1941 in Coventry) maintains perhaps the highest profile and most distinctive voice. Most of Ferneyhough's early training in music came from playing in, and conducting a brass band. He began formal training at the Birmingham School of Music, although the school provided no courses in composition. He went on to study composition with Lennox Berkeley at the Royal Academy of Music. After traveling to the Netherlands for the 1968 Gaudeamus Week, he decided to move to Europe, where he worked with Ton de Leeuw in Amsterdam and with Klaus Huber in Switzerland.

In addition to his influence as a composer, Ferneyhough has established an important legacy as a teacher. From 1973 to 1986 he taught at the Musickhochschule Freiburg, and from 1976 has been a frequent instructor at the Darmstadt Summer courses. From 1987 to 2000 he was Professor of Music at the University of California, San Diego, and in 2000 he became affiliated with Stanford University. Renowned former pupils include the Finns Kaija Saariaho and Magnus Lindberg. Ferneyhough's interest in the classical music of the twentieth century was piqued when he heard a recording of Varèse's Octandre while in his mid-teens. Further exposure to the music of Webern, Schoenberg, Boulez and other "modernists" came through scores found at the libraries of Coventry and the Birmingham school. Ferneyhough followed these leads to writings about the Second Viennese School by René Leibowitz and articles on current music in such publications as Die Reihe, which provided him with information on the background and techniques of serialism. Ferneyhough's first acknowledged composition is the Four miniatures for flute and piano (1965). Other important early works include the mixed ensemble piece Prometheus and the Sonatas for String Quartet, both pieces of substantial length and complexity completed in 1967.

By the 1980s, Ferneyhough's dense, highly structured, post-serial compositional approach came to be known as the "New Complexity." This term, to some degree a reaction to "New Romanticism," also describes the music of fellow countrymen Michael Finnissy and James Dillon, and is considered a musical analog to literary and architectural Deconstructivism. Ferneyhough's major 1970s work includes the three Time and Motion Studies: I for bass clarinet, II for solo cello with electronics, and III for 16 solo voices with electronics and percussion. Other works include Transit for six solo voices and chamber orchestra and the orchestral La Terre est un homme (1976-1979). Part of the composer's philosophy involved the dynamics of notation versus interpretation, leading him to write works whose performance, as notated, was unattainable by the instrumentalist. This is particularly true of the solo works of the period, especially Unity Capsule for solo flute, in which the notation of this evidently monophonic work required up to four staves at once.

In the early 1980s Ferneyhough worked at IRCAM, researching the possibilities of instrument-computer interactivity, with few concrete compositional results. His concern for confronting the history of notational and performance praxis continued in the 1980s in scores such as Lemma-Icon-Epigram for solo piano (1981), the Carceri d'invenzione series (through 1987), La chute d'Icare, and String Quartets 2-4. Important pieces in the 1990s include On Stellar Magnitudes for mezzo-soprano and five instruments (1994), Allgebrah for oboe and nine solo strings (1990-1996), Masons noires (1992-1998), and a Carnegie Hall commission for pianist Maurizio Pollini, The Doctrine of Similarity, premiered in March 2000.