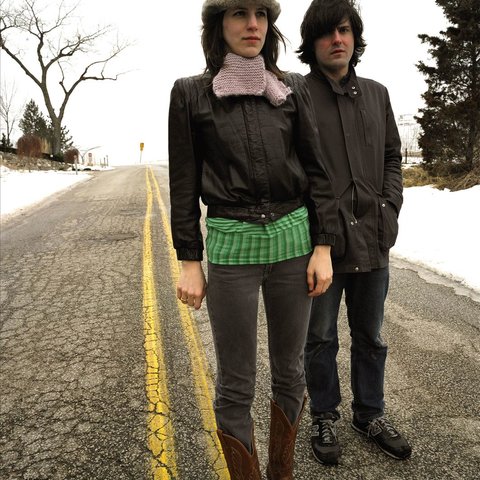 The dizzyingly inventive duo of Matthew and Eleanor Friedberger, the Fiery Furnaces began adding a dose of the unexpected to indie rock in the 2000s. The Friedberger siblings introduced their gleeful genre-mashing with 2003's Gallowsbird's Bark, which mixed simple, poppy melodies with a dizzying array of wordplay and influences that included the Who, Captain Beefheart, and Os Mutantes as well as dashes of folk, blues, and garage rock. The duo grew even more audacious and ambitious on the following year's Blueberry Boat, a sprawling, psych- and prog-tinged epic that provoked love-it-or-hate-it reactions. They followed it with 2005's Rehearsing My Choir, an album they recorded with their grandmother. The Fiery Furnaces were only slightly less restless for the remainder of the decade, delivering nimble, adventurous works like 2007's Widow City and 2009's I'm Going Away. When they returned in 2020 with the single "Down at the So and So on Somewhere/The Fortune Teller's Revenge," they remained as distinctive as they were two decades prior.

The Friedbergers grew up in a musically inclined family in Oak Park, Illinois. Their grandmother was a musician and choir director at a Greek Orthodox church; their mother, who had a penchant for Gilbert & Sullivan, sang and played guitar and piano. Throughout school, Matthew Friedberger played standup bass and listened to Sly & the Family Stone and Captain Beefheart. Later, he performed in bands such as the Grand Vizars, Liquorette, and the Mezzanines. Meanwhile, Eleanor's taste in music spanned classic rockers such as the Rolling Stones and Led Zeppelin as well as '90s indie luminaries like Pavement, Royal Trux, and Guided by Voices, and Matthew encouraged her to play music by buying her a guitar and drum kit. While the Friedbergers weren't the closest of siblings growing up, after college and separate trips abroad they returned to Oak Park and began working on music together. Following Eleanor's graduation from the University of Texas in Austin and a year she spent in England, in 2000 the Friedbergers moved to Brooklyn and took day jobs. Late in the year, they began playing as the Fiery Furnaces. With Eleanor handling most of the vocals and Matthew in charge of the bulk of the songwriting, the duo forged a sound that brought together blues, folk, psych-rock, '70s AM pop, dub, and more in catchy yet unexpected ways. The Furnaces played their initial gigs at a small club called Enid's and branched out from there, going through several lineups of supporting musicians as they played gigs with the French Kicks, Sleater-Kinney, and Spoon. In 2002, they signed to Rough Trade and began working on their first album. Recorded with producer Nicolas Vernhes at Brooklyn's Rare Book Room studio, Gallowsbird's Bark arrived in September 2003 and won critical acclaim for its charming kitchen-sink feel.

By the time of Gallowsbird's Bark's release, the Fiery Furnaces were already at work on its follow-up. Recording once again with Vernhes and joined by violinist Samara Lubelski and drummer David Muller, the Friedbergers recorded their diverse, challenging sophomore effort, Blueberry Boat. Appearing in July 2004, the sprawling album added prog-rock influences and chilly synths to the band's sound. Adding drummer Andy Knowles and bassist Toshi Yano to their live band, the Fiery Furnaces spent the rest of the year touring with Ted Leo & the Pharmacists, Franz Ferdinand, and the Shins. Early in 2005, the band released the simply titled EP, a mini-album gathering most of their B-sides and a few new songs.

While they were touring in support of Blueberry Boat, the Fiery Furnaces had started work on their third and fourth albums. Arriving in October 2005, Rehearsing My Choir was recorded at Benton Harbor, Michigan's Key Club studio. Known by fans as "the Grandmother Album," it was a challenging, stream-of-consciousness set featuring the Friedbergers' grandmother, Olga Sarantos, and her memories of life in Chicago. The Fiery Furnaces enlisted Sebadoh bassist Jason Lowenstein and drummer Bob D'Amico to play on the Rehearsing My Choir tour; they became full-fledged members of the band on Bitter Tea, a poppier collection of songs that Fat Possum released in April 2006. That August, Matthew Friedberger issued the solo effort Winter Women/Holy Ghost Language School.

Early in 2007, the Fiery Furnaces recorded their fifth album, and signed to Thrill Jockey that June. Produced by Matthew Friedberger and mixed by Tortoise's John McEntire, the '70s rock-influenced Widow City appeared that October. Remember, a sprawling live album that spliced different versions of the same songs together into collage-like tracks, followed in 2008. Late that year and into early 2009, the Fiery Furnaces recorded I'm Going Away, a simpler, more stripped-down collection that drew on the warm sounds of '70s and '80s TV show theme songs like Taxi for inspiration and boasted some of the band's most tuneful songwriting since Gallowsbird's Bark. Following the album's July 2009 release, that November's Take Me Round Again found each of the Friedberger siblings reinterpreting I'm Going Away songs on their own.

After their May 2011 performance at Barcelona's Primavera Sound Festival, the Fiery Furnaces went on hiatus. Both of the Friedbergers issued releases that year: In January, Matthew Friedberger began his Solos series, which featured six limited-edition vinyl albums. The first, Napoleonette, collected songs he performed only on piano and arrived in January of that year. Later volumes of the series spotlighted his songs for guitar, harp, percussion, organ, and double bass. That July, Eleanor Friedberger released her Merge Records debut album, Last Summer, which featured a playful but more straightforward sound than her band's work. From there, Eleanor remained a busy solo artist, issuing 2013's Personal Record, 2016's New View and 2018's Rebound, all of which established her as a literate, thoughtful singer/songwriter. Meanwhile, Matthew's projects, such as 2012's imaginary horror film soundtrack Matricidal Sons of Bitches and 2016's Libras, an album he recorded with Sebadoh's Bob D'Amico as Saqqara Mastabas, continued his ambitious and mercurial body of work.

Early in 2020, the Fiery Furnaces reunited with plans to play live dates that were scrapped after the COVID-19 pandemic. However, that February the band managed to record some songs before entering quarantine. Two of them, "Down at the So and So on Somewhere" and "The Fortune Teller's Revenge," were released as their debut 7" for Third Man Records in June 2020. ~ Heather Phares

Down at the So and So on Somewhere

Down at the So and So on Somewhere 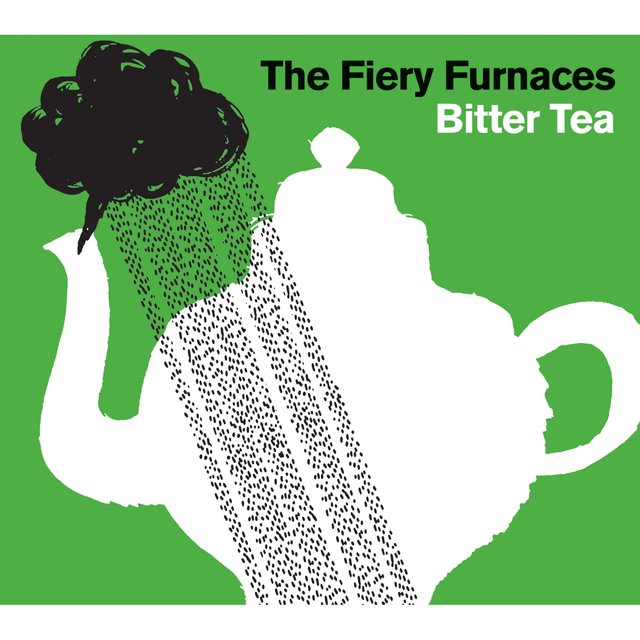 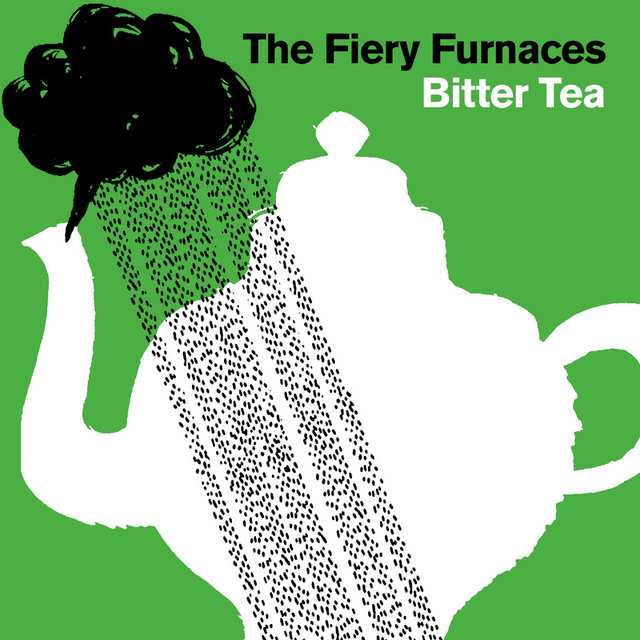 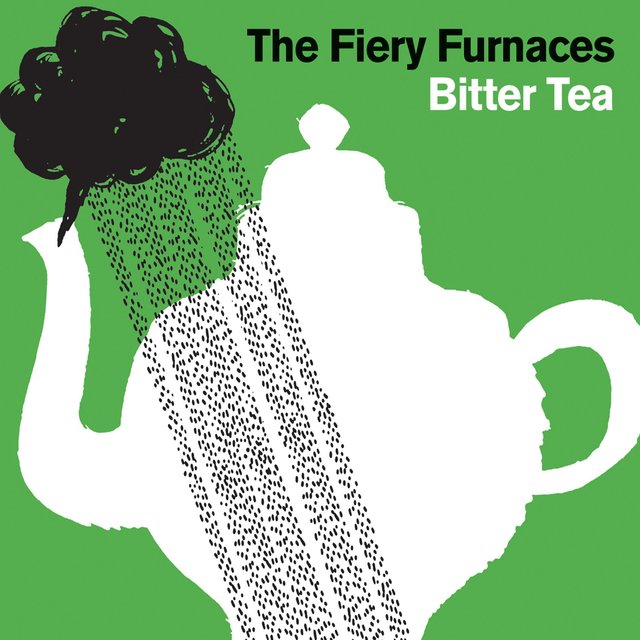 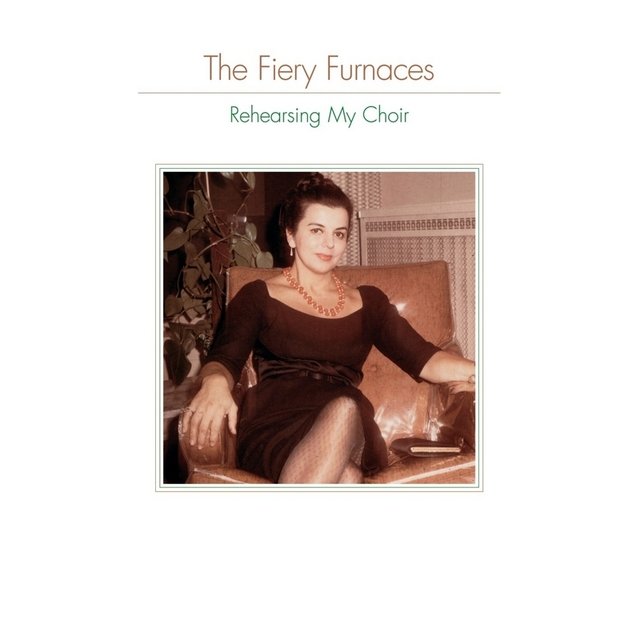 Rehearsing My Choir
The Fiery Furnaces 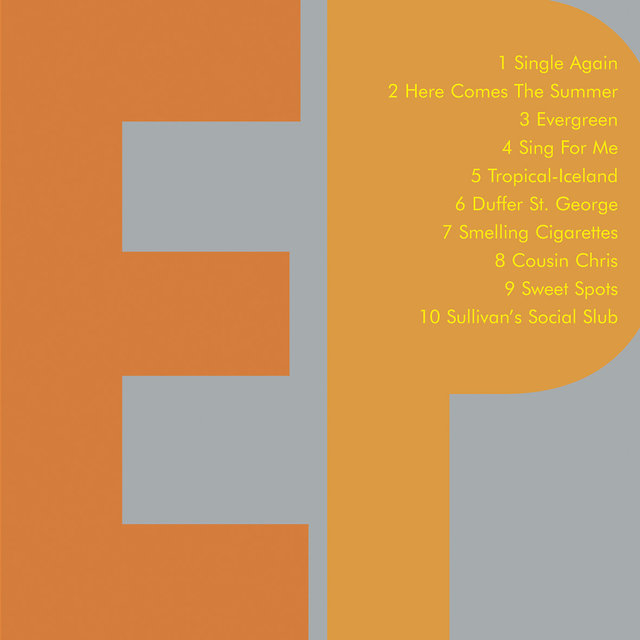 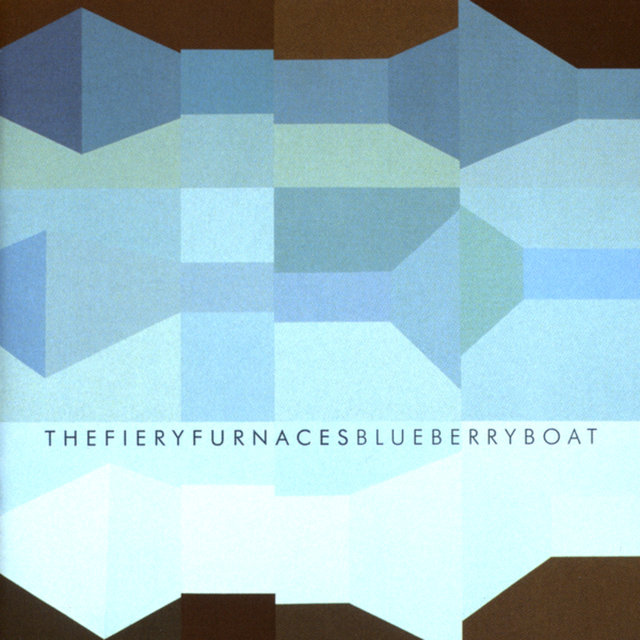 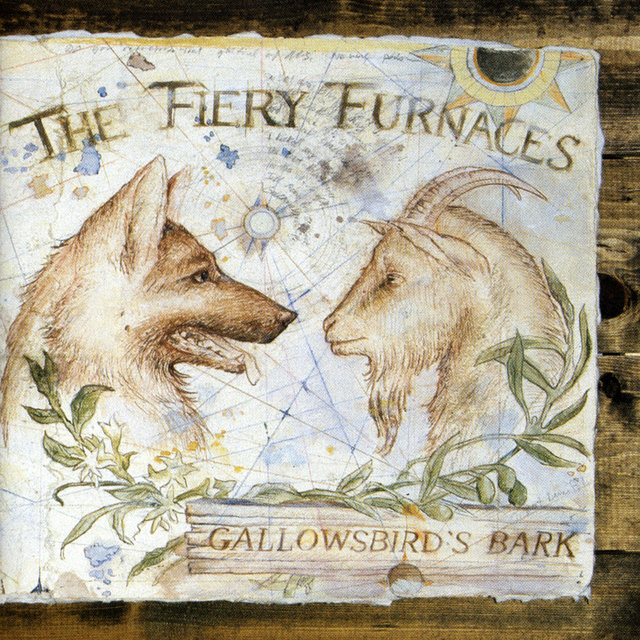 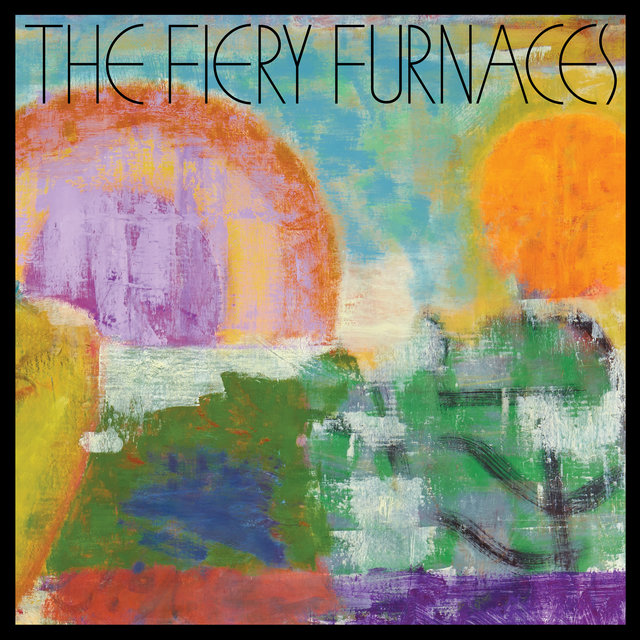 Down at the So and So on Somewhere
The Fiery Furnaces 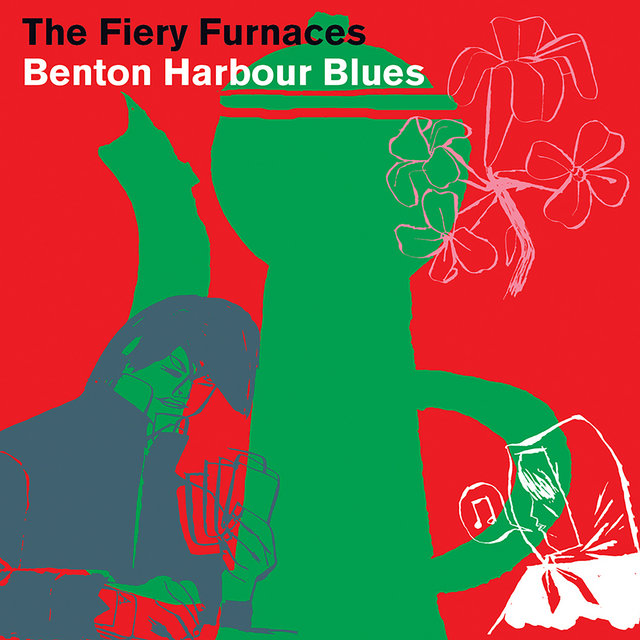 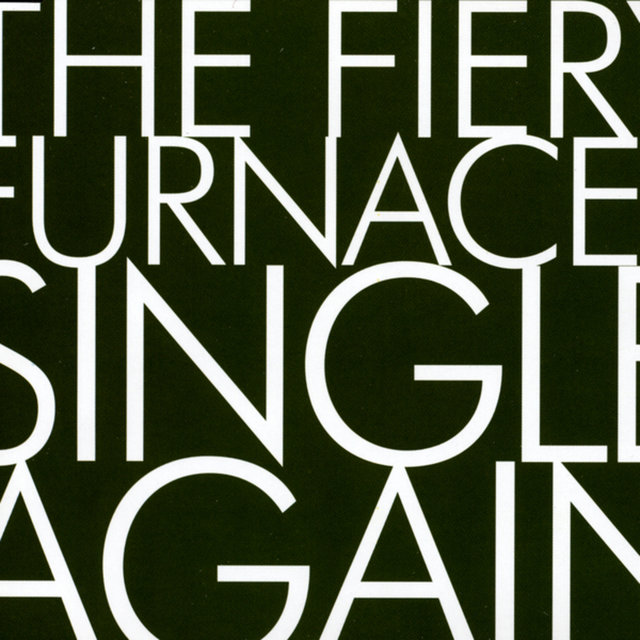 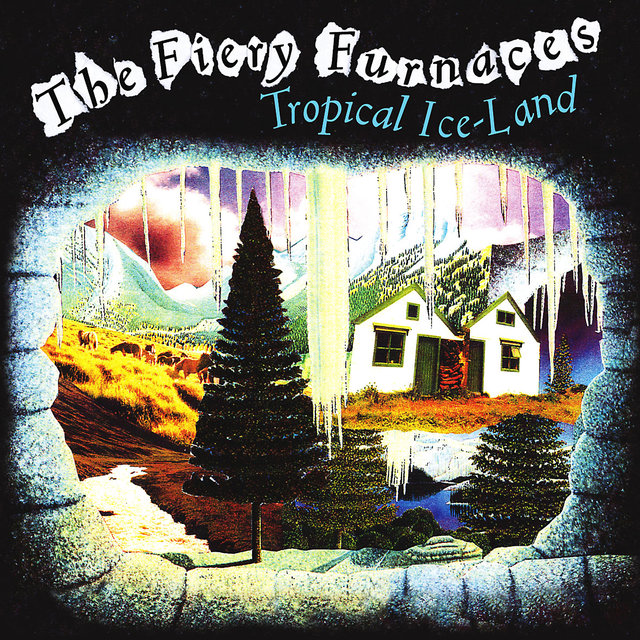 In My Little Thatched Hut

I'm in No Mood