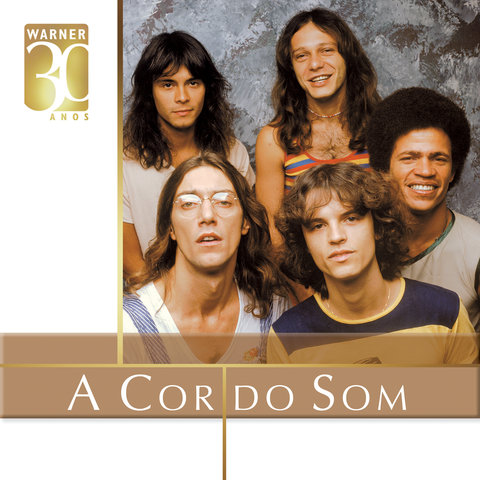 In the early '70s, a Cor do Som was responsible, in great extent, for the revival of the choro idiom, influencing many musicians who were young at the time and who would later develop noted careers in this style, like the brothers Henrique Cazes, Beto Cazes, and many others. A Cor do Som were formed by accomplished musicians who modernized the venerable and rich genre through a mix with rock, bringing to it new arrangements and electric instrumentation. The group (almost unnoticed as a supporting band for Os Novos Baianos, which took all the fame) gave new breath to choro and also later created (when they ceased to be an instrumental band) the formula that would be employed by axé music only seven years later: strong musicianship in the performance of a mix of Northeastern rhythms and rock, and vocal themes dealing with sensuality, summer, happiness, and love. It was written that in the band's path there would be success and prestige; they played for 60,000 people in one occasion and also performed on a memorable night in the 12th edition of the Montreux Jazz Festival where John Mclaughin, Billy Cobham, Sammy Figueroa, and Alvim Batiste participated in the jam session. But the tension between tie and jeans was too much for them, resulting in naked feelings and cold separation. At the end of that hibernation, though, a Cor do Som struck again, winning the prestigious Sharp prize and implying that they are were to stay.

A Cor do Som were created in 1977 to accompany Os Novos Baianos. Named after a song by Morais Moreira and Galvão, A Cor do Som was formed by the experienced and talented musicians Armandinho (electric guitar, electric cavaquinho, and electric mandolin), Dadi (bass), Mú (keyboards), and Gustavo (drums). When Moreira left Os Novos Baianos and departed for his solo career, he took the band away with him, as well as inviting the percussionist Ary Dias, who formerly played in the Orquestra Sinfônica da Universidade Federal da Bahia. In 1975, Morais Moreira recorded his first solo album, accompanied by a Cor do Som. After a little more than one year as a supporting band for Moreira, the group decided to put out a solo work. Sergio Carvalho, Dadi and Mú's brother, who was a producer for Phonogram, invited them to record a demo, which didn't bring any results. It was then that WEA's producer, Guti Carvalho (Mú's and Dadi's cousin), arranged for them to be hired. They signed the contracts without having any material; they had to rehearse for one month to have stuff for one album. The guys became appalled when they discovered that they had been inscribed by the recording company in the First National Choro Festival, organized by TV Bandeirantes, with the choro "Espírito Infantil" (Mú), as choro was always regarded by Brazilians as an object of cult popularity. On top of that, the jury of the festival was dominated by nationalists/traditionalists (with the exception of Roberto Menescal) led by the feared and combative José Ramos Tinhorão and by the choro monster Waldir Azevedo. The big surprise was that, while they feared not leaving the premises alive, they were placed fifth in the festival under applause of the public and praised by the two illustrious figures as Brazilian players who used electric and electronic instruments to create a very Brazilian sound. Their first album came out in 1977 amid enthusiastic reviews but sold only 6,000 copies, though that's not a bad cipher for instrumental albums in Brazil, especially at that time. Soon they opened for the Liverpool Express, also WEA artists at the time, in a WEA convention at the Hotel Nacional in Rio. The convention was being attended by Nesuhi Ertegun and Claude Nobs. Impressed by what he heard, Nobs invited the group for the Viva Brasil! Night at the 12th edition of the Montreux Festival (1978), where their energetic and historic live album Ao Vivo em Montreux was recorded. John Mclaughin, Billy Cobham, Sammy Figueroa, and Alvim Batiste participated in the animated jam session that followed, and the enthusiastic and tumultuous concert of the "Brazilian night" made headlines around Switzerland. Selling out the 4,000 tickets, Nobs was obliged to program another show with the group (which also had, as special guests, Aroldo and André at the percussion).

In Brazil, "Arpoador" received good airplay. In that year, the band performed around 150 shows throughout Brazil, including 21 in the Pixinguinha project. They also participated in the soundtracks of the films A Dama do Lotação and Os Sete Gatinhos and in the recording of "Hino de Duran" with Chico Buarque in his Ópera do Malandro. The next album, Frutificar, was the first to bring vocal tracks, the only ones that played on the radio. "Beleza Pura" was the first big hit, written by Caetano Veloso, who was a longtime friend and consultant, having been together with Jorge Ben, the best man in Dadi's marriage — in fact, he was his godfather in the Brazilian usage, which means a lifelong commitment. This period coincides with the beginning of their commercial success that would also bring, some years later, the band's dissolution due to a very strict and extenuating schedule and rigorous contracts with a clothing sponsor.

The record was appointed by the readers of Playboy magazine as the best instrumental album of the year, winning the third Playboy Best of Brazilian Popular Music prize. Having reached the masses among the youth market in Brazil — preceding in seven years the explosion of axé music, which used basically the same elements of an electrified and energetic fusion of Northeastern rhythms with rock, and now lyrics dealing with love, sensuality, summer colors, Brazilianess, the whole works — in April 1980 a Cor do Som was invited by São Paulo's mayoralty to play at the Ibirapuera Stadium in a show that intended to be a call-back to the classes after the summer vacations (in Brazil, December to February). Instead of the expected 3,000 people, though, 60,000 attended and danger of a terrible catastrophe surrounded the band's aura when the throng got restless due to technical problems with the sound — the crowd had invaded the space reserved for the monster cables and damaged some of them. Fortunately the group was good enough when the situation got tense, and the spectators, instantly pacified, sang along with them, going home later in beatitude.

In July 1981, A Cor do Som played in much calmer conditions, for an audience of 1,000 Wall Street suits at the Battery Park in New York,. When they reached the peak (in 1982 they played 50 shows in two months) Armandinho, tired of the excessive work and discipline and of the small pay, decided to overlap his actuation in the group with his father Dodô's Trio Elétrico de Dodô e Osmar. Facing resistance by the sponsor, he left the band. It was a terrible shock for the remaining bandmembers, but the work wasn't abandoned. Armandinho was replaced by Victor Biglione and the next album, Intuição (1984), also with Egberto Gismonti, Tulio Mourao, and Peri Santana as special guests, was a return to their instrumental path. A Cor do Som recorded two other albums but they didn't find their way to success again. In 1987 WEA didn't renew their contracts. The band was dissolved to everybody's regret, but it was inevitable.

In 1994, though, Armandinho was invited to play at the Jazzmania (Rio de Janeiro) and invited Mú, Dadi, Gustavo, and Ary. Playing for a packed house with standing ovations, they decided to team up again. Their next album was recorded live in the same year under the good vibes of the Circo Voador in Rio, where the Brazilian rock of the '80s was born, being forever connected with freedom in the imaginations of the people who attended its shows. The album, Ao Vivo No Circo, was released only in 1996, but that hadn't prevented the band from being awarded the Sharp prize of 1997 as the Best Popular Group of 1996. It was the start of a new beginning that the fans of a Cor do Som hope never ends. ~ Alvaro Neder 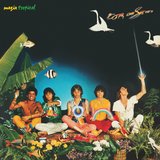 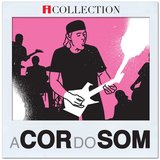 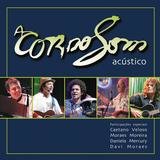 A Cor do Som 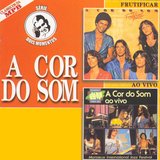 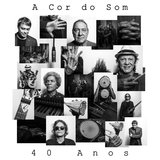 A Cor Do SomRoupa Nova 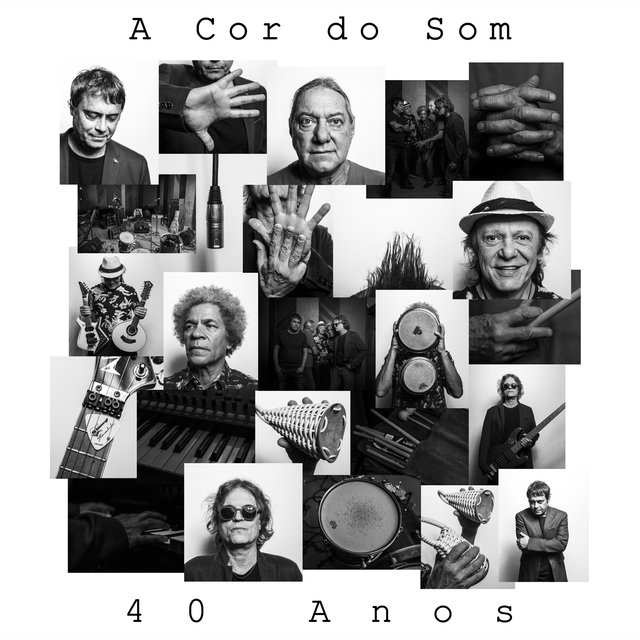 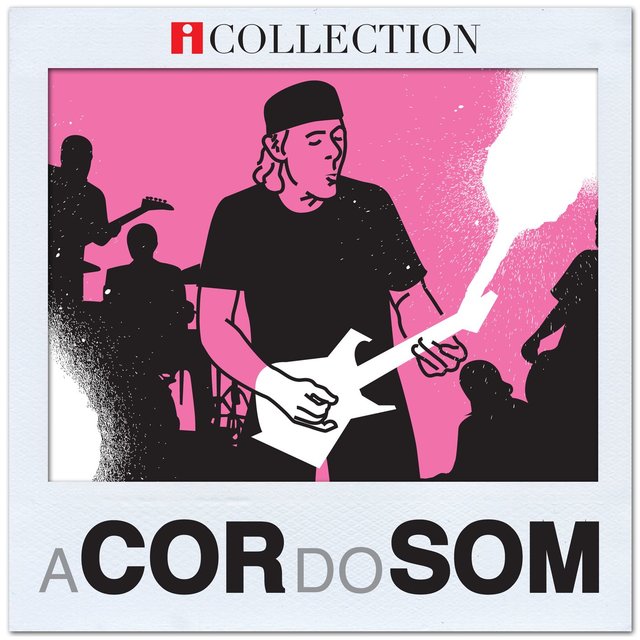 iCollection
A Cor Do Som 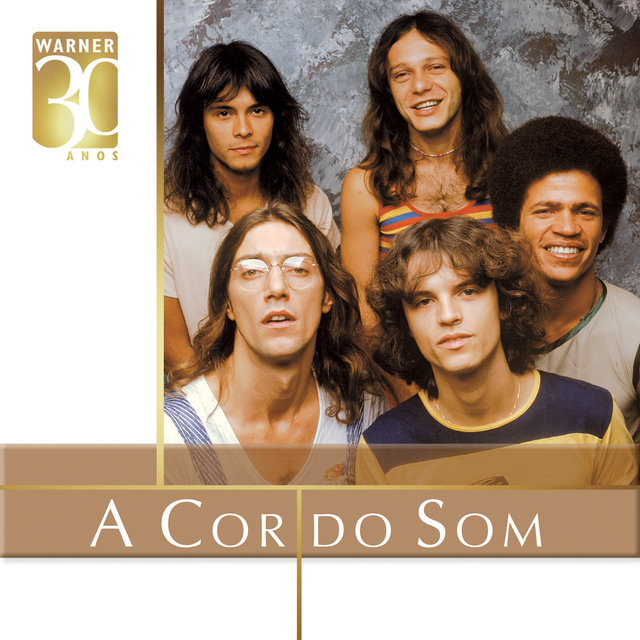 Warner 30 Anos
A Cor Do Som 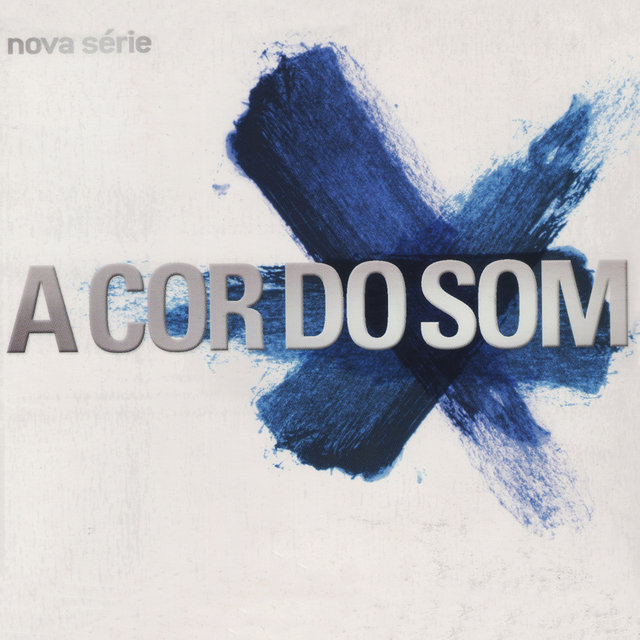 Nova série
A Cor Do Som 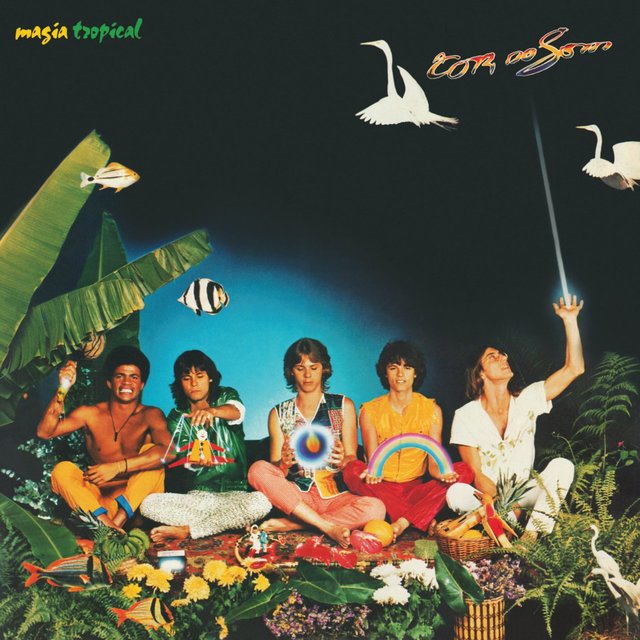 Magia Tropical
A Cor Do Som 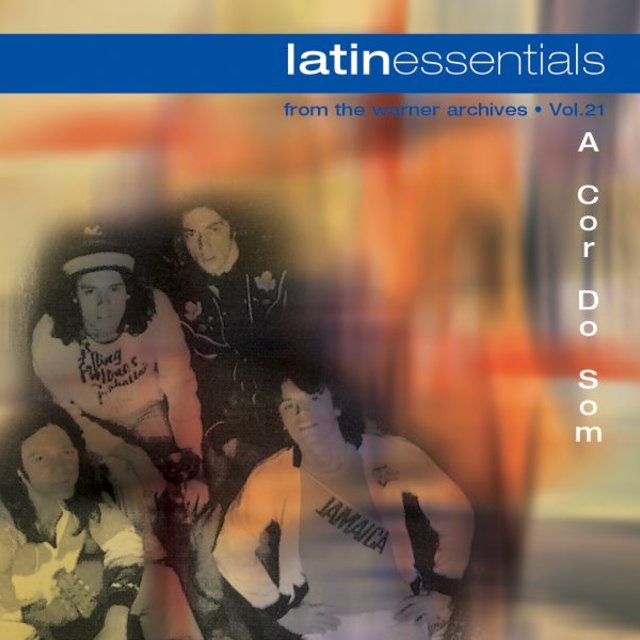 Latin Essentials
A Cor Do Som 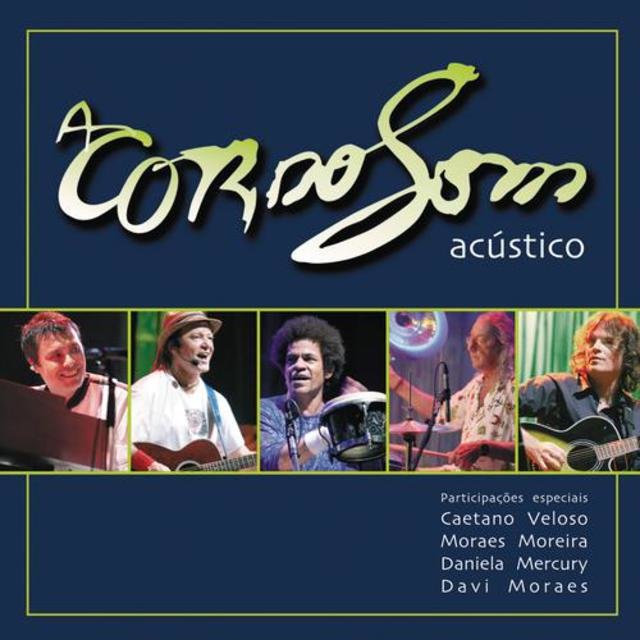 A Cor do Som
A Cor Do Som 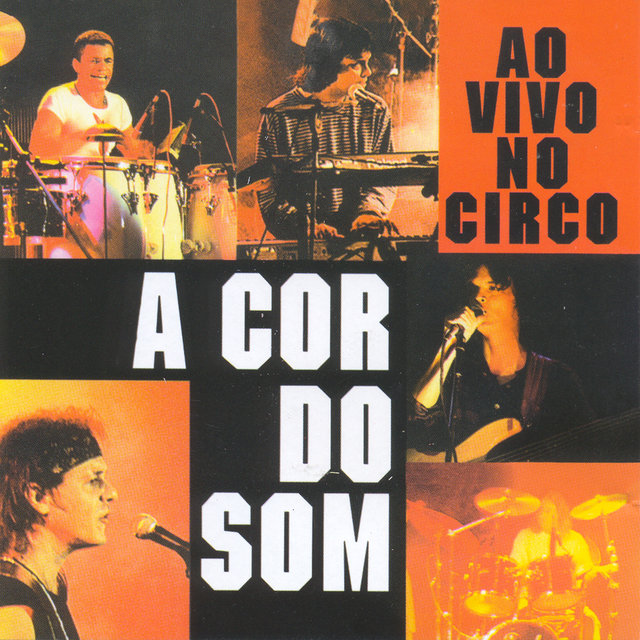 Ao vivo no circo
A Cor Do Som 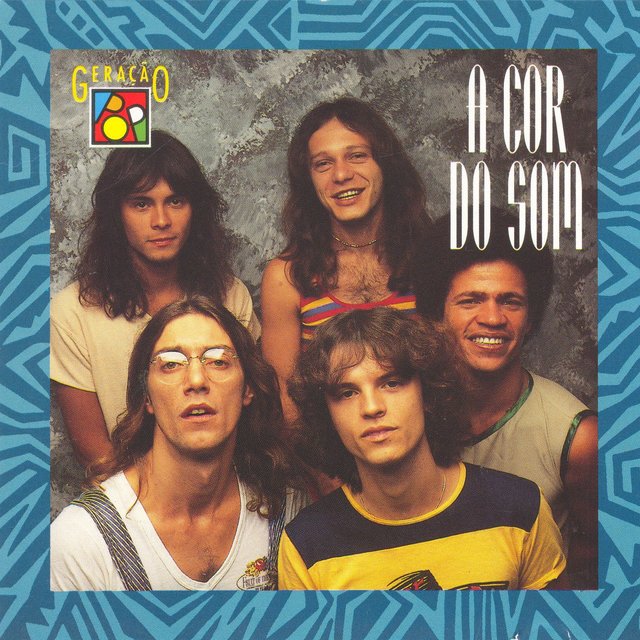 Geração Pop
A Cor Do Som 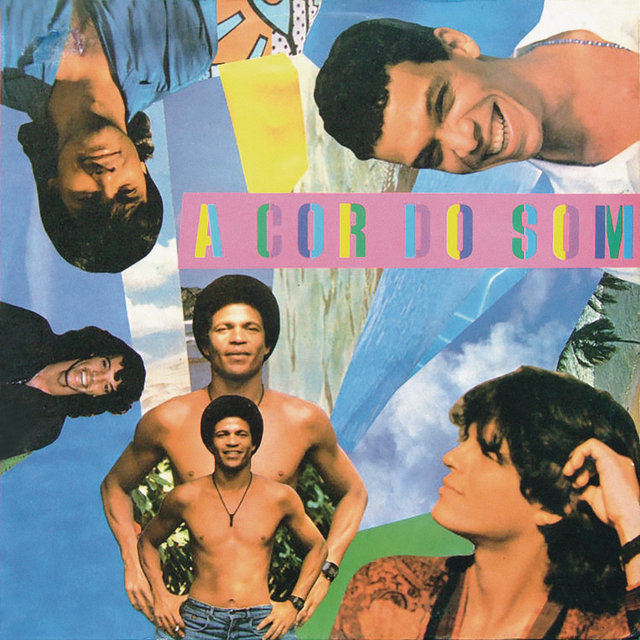 Gosto do Prazer
A Cor Do Som 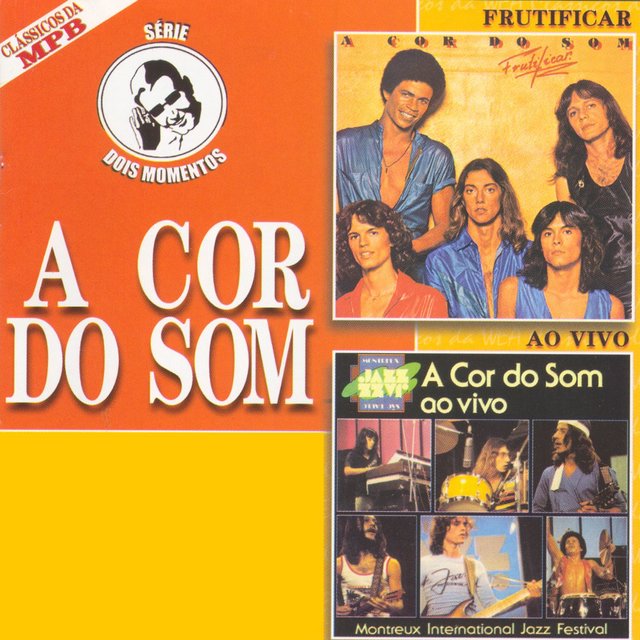 Dois Momentos
A Cor Do Som 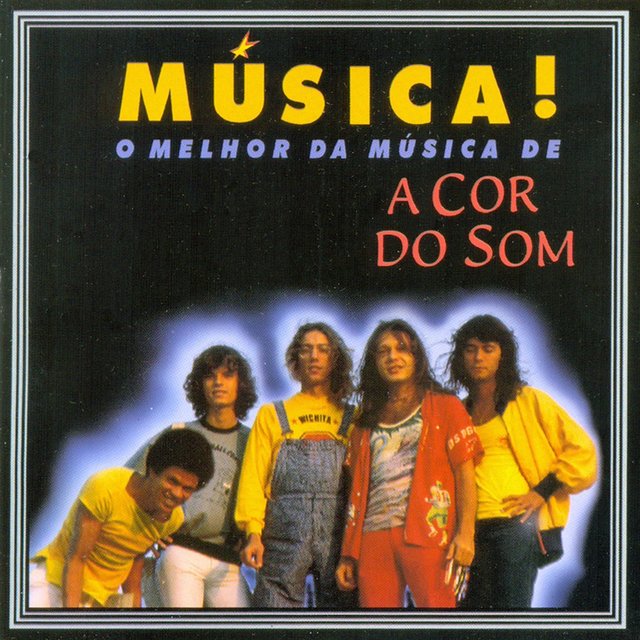 Música!
A Cor Do Som 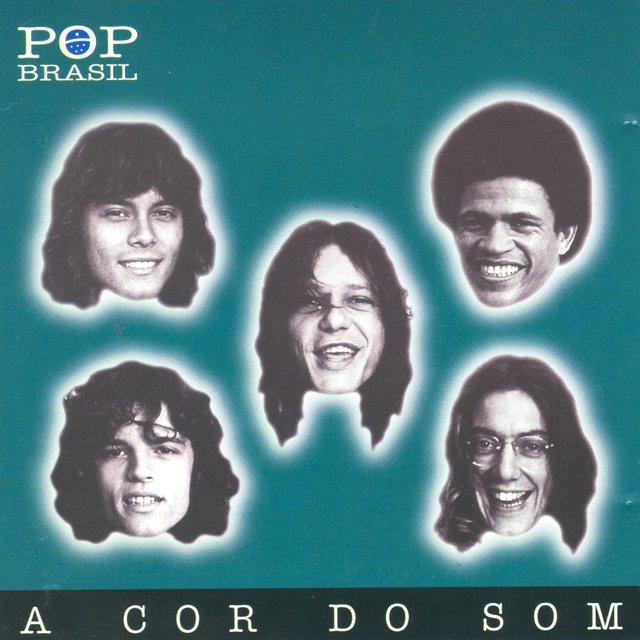 Pop Brasil
A Cor Do Som 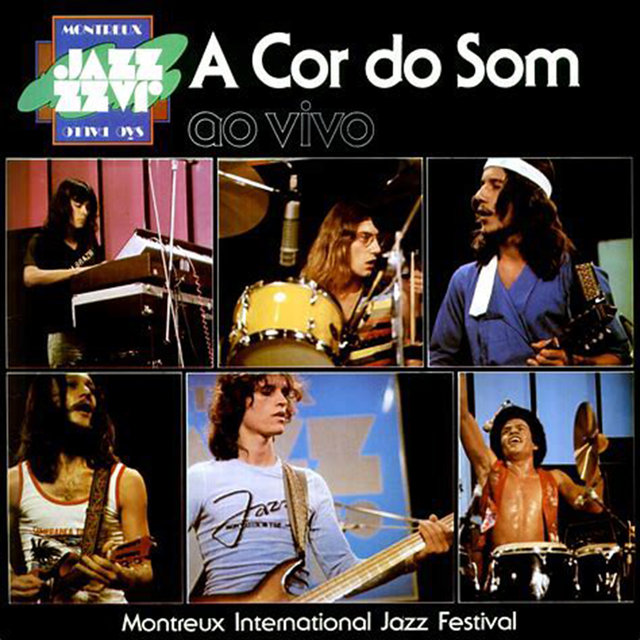 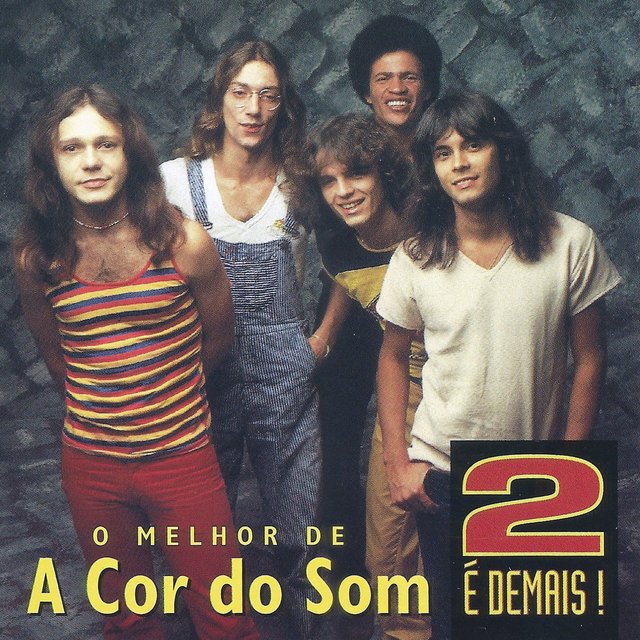 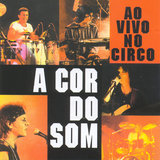