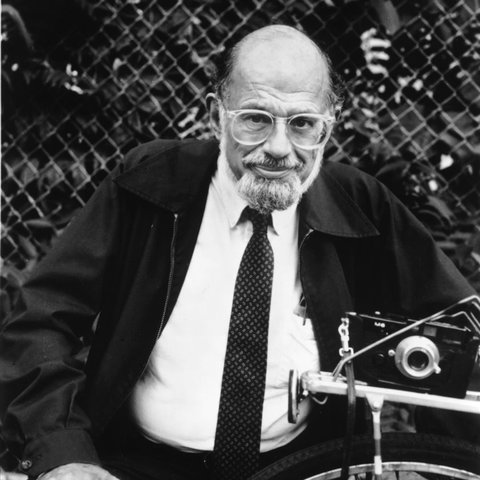 The greatest poet of the Beat movement and one of the most renowned American writers of the 20th century, Allen Ginsberg transcended literary and intellectual barriers to exert a profound influence on the culture at large. His accomplishments are too numerous and his oeuvre too large for a music reference resource to do them justice; many other sources exist that offer more complete perspectives on his life and work. Ginsberg made sporadic recordings of his work, both formal and otherwise, starting in his heyday of the late '50s and continuing into the '90s. Most of them were poetry readings, naturally, but Ginsberg also experimented with songs, often accompanying his singing on the harmonium.

Irwin Allen Ginsberg was born June 3, 1926, in Newark, NJ, and grew up in nearby Paterson. His father Louis was a published poet, a teacher, and politically a socialist; his mother Naomi was a Communist radical, but unfortunately her bouts with mental illness (mostly severe paranoia) consumed much of Ginsberg's childhood. He began writing in a journal at age 11, around the same time as his mother's suicide attempt, and discovered his major poetic influence Walt Whitman in high school. He enrolled at Columbia University in 1943, originally planning to become a labor lawyer, but soon fell in with a literary crowd that included Jack Kerouac (a fellow student), Neal Cassady, and William S. Burroughs. Ginsberg began writing seriously around 1945, and around the same time he began to experiment with drugs, and had some of his first homosexual experiences. He graduated from Columbia in 1948 and began traveling, visiting Burroughs in Texas; there he was arrested as a reluctant accomplice in his roommates' burglary ring, and voluntarily committed himself to Columbia's mental hospital. He attempted to renounce homosexuality and took a job as a market researcher upon his release, but hearing the poet William Carlos Williams at a reading drew him back into literature, and he gave up trying to fit into mainstream society.

Ginsberg moved to San Francisco in 1954, and that year met artist's model Peter Orlovsky, who became his lover; their relationship, though nonmonogamous and marked by periods of separation, would prove to be lifelong. Though he'd written quite a bit of poetry by this point, very little of it had been published, and he was better known as an advocate of fellow Beat writers like Kerouac and Burroughs. That all changed in October 1955, when Ginsberg read parts of his new epic poem "Howl" at the Six Gallery. An impassioned, defiant critique of American culture that served as something of a Beat manifesto, it was an immediate sensation. The local City Lights bookstore, which had just started its own publishing arm, released Ginsberg's first book, the seminal Howl and Other Poems, in 1956. The following year, City Lights owner Lawrence Ferlinghetti was arrested on obscenity charges for selling copies of the book; authorities objected mostly to its homosexual content. A judge ruled that the book was not obscene, and the attendant publicity helped make Ginsberg a household name. He recorded his first album of poetry readings, also titled Howl and Other Poems, for the Fantasy label in 1959.

Over the next decade, Ginsberg became a leading countercultural figure. He spoke out in favor of the First Amendment and against the Vietnam War; he was turned on to LSD by Timothy Leary and to Buddhism by Kerouac; he traveled a bit with Ken Kesey's Merry Pranksters; he traveled all over the world in search of intellectual and spiritual enlightenment; he appeared in the background of Bob Dylan's "Subterranean Homesick Blues" music video; he took part in the famed antiwar demonstrations in 1968 that resulted in the arrest of the so-called Chicago Seven; he was, unsurprisingly, the subject of a massive FBI dossier. Of course, he also continued to write prolifically. In 1961, he published another lengthy signature poem, "Kaddish," which explored his relationship with his mother (she'd passed away in an institution in 1956). Five years later, Atlantic Records issued a recording of the work titled Allen Ginsberg Reads Kaddish: A 20th Century American Ecstatic Narrative Poem. Ginsberg's next album was William Blake's Songs of Innocence and Experience, which set the works of one of his favorite poets to jazzy musical backing; it was issued by Verve in 1970.

As time passed and his lasting impact became clearer, Ginsberg was increasingly accepted by the literary establishment, culminating in his winning a National Book Award for The Fall of America: Poems of These States in 1974. He recorded with John Lennon and Leonard Cohen, and undertook several song-oriented sessions of his own during the course of the '70s, including a collaboration with Bob Dylan. The best results of these efforts were finally released in 1983 as First Blues: 1971-1981 on former Columbia executive John Hammond's own label. Additionally, Ginsberg performed the song-poem "Capitol Air" in concert with punk rockers the Clash, and appeared on the track "Ghetto Defendant" on their hit Combat Rock album. He abandoned singing on his next album, 1989's The Lion for Real, a set of spoken word pieces with musical backing. That same year, he teamed up with composer Philip Glass to transform the antiwar poem "Wichita Vortex Sutra" into a musical theater piece; the collaboration worked well enough that they reteamed for a full album, 1993's Hydrogen Jukebox. In 1994, Rhino Records issued an exhaustive four-CD box set of Ginsberg recordings titled Holy Soul Jelly Roll: Poems and Songs 1949-1993. Sadly, Ginsberg contracted liver cancer as a complication of hepatitis, and passed away at his New York City loft on April 5, 1997. Fantasy reissued Howl and Other Poems on CD the following year, and in 2002 the Locust label assembled the compilation New York Blues: Rags, Ballads and Harmonium Songs. 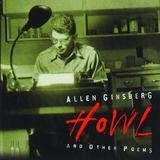 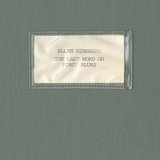 The Last Word On First Blues 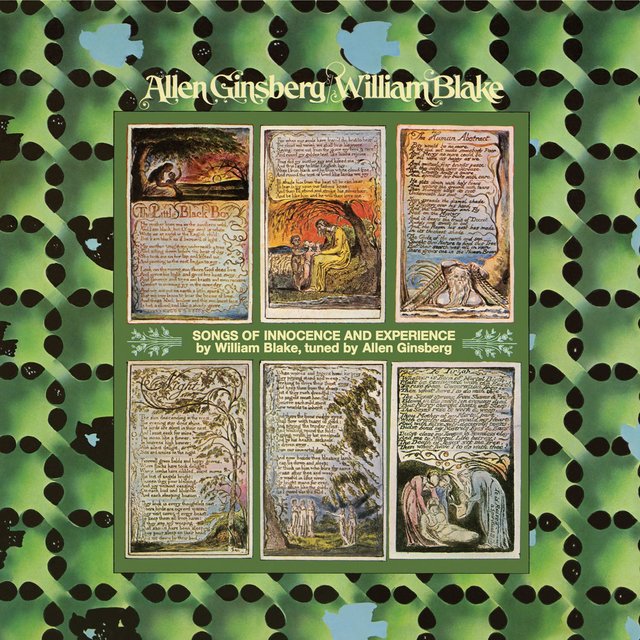 The Complete Songs Of Innocence And Experience
Allen Ginsberg 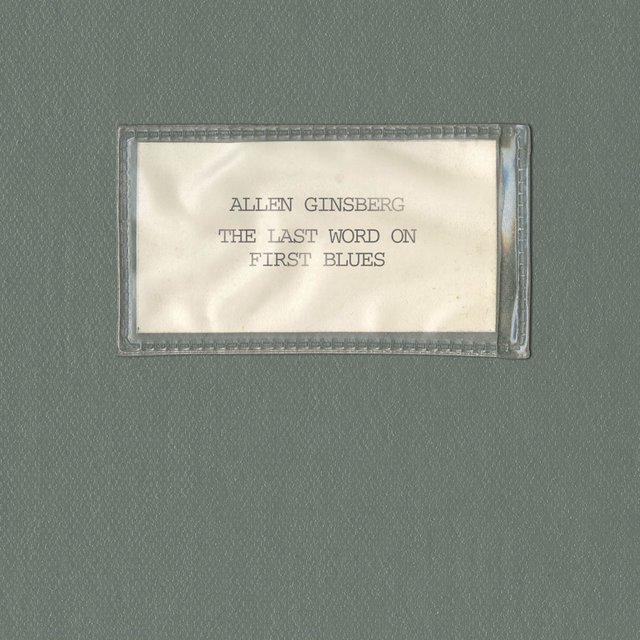 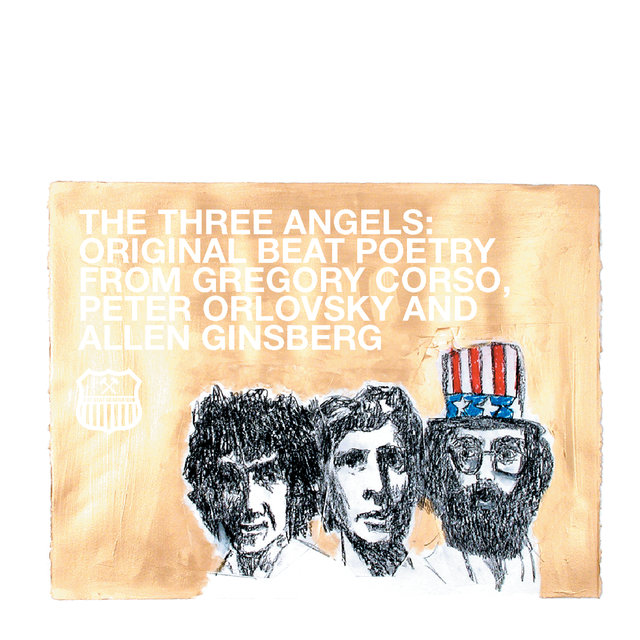 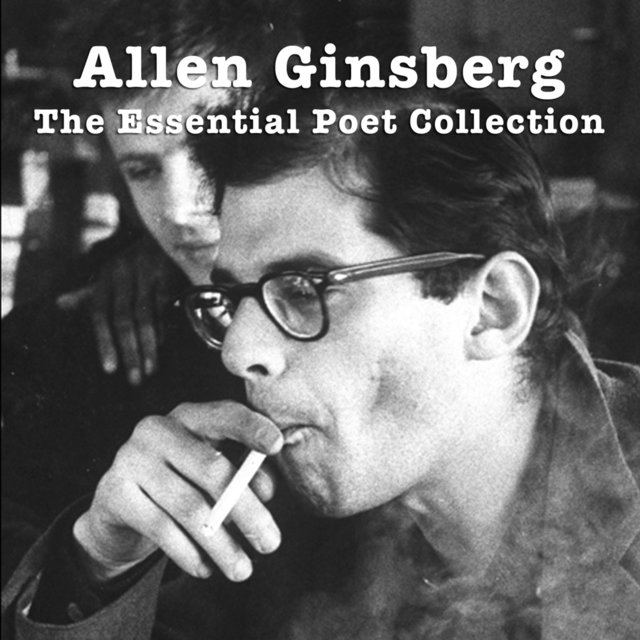 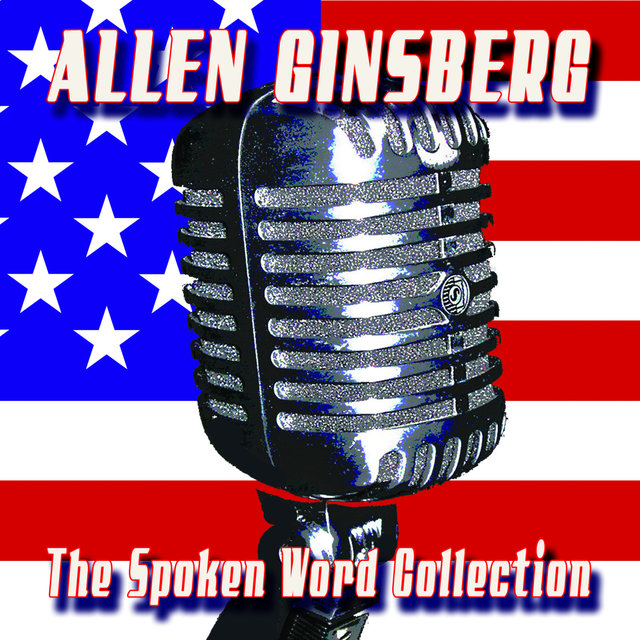 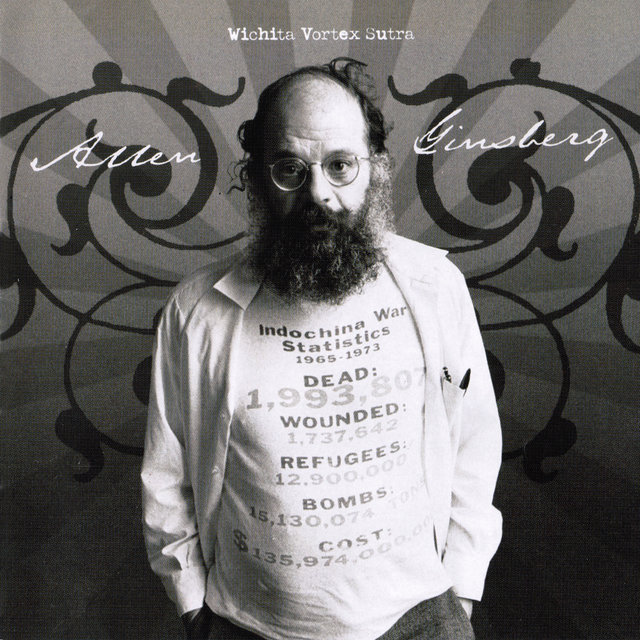 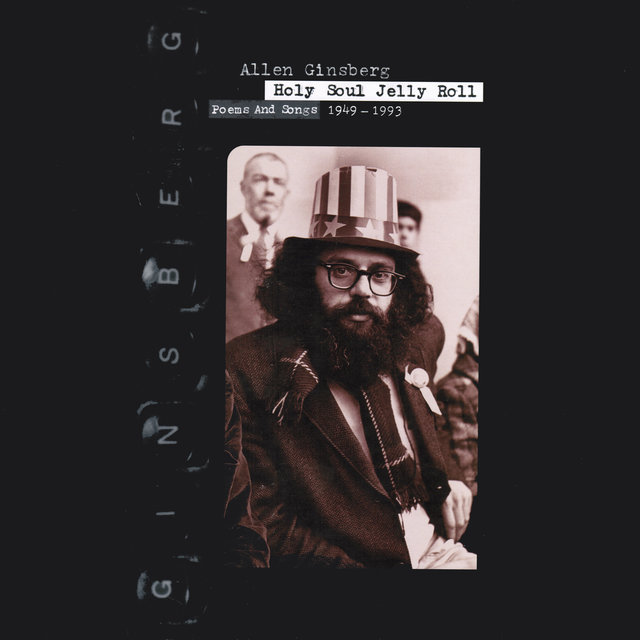 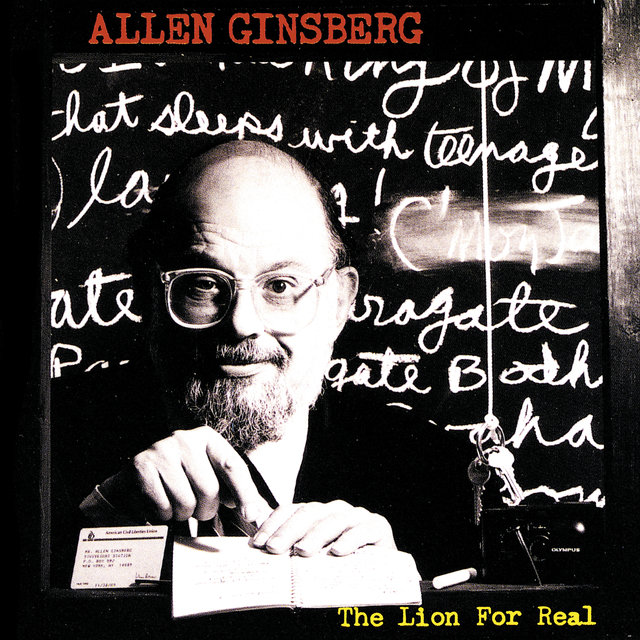 The Lion For Real
Allen Ginsberg 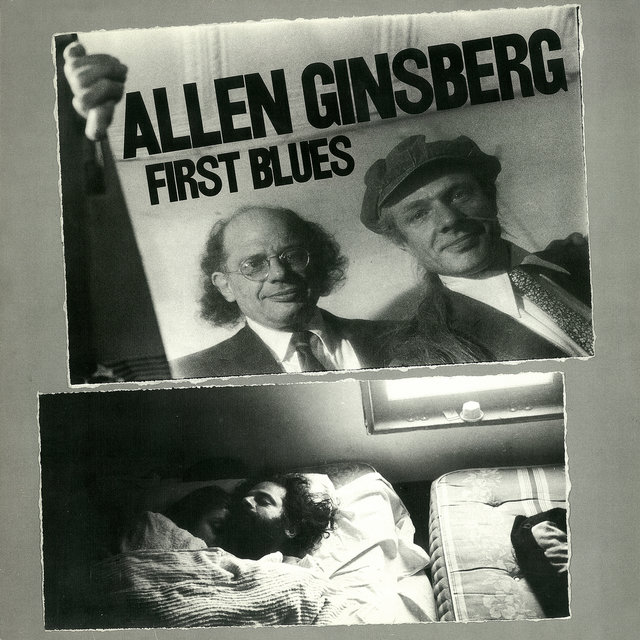 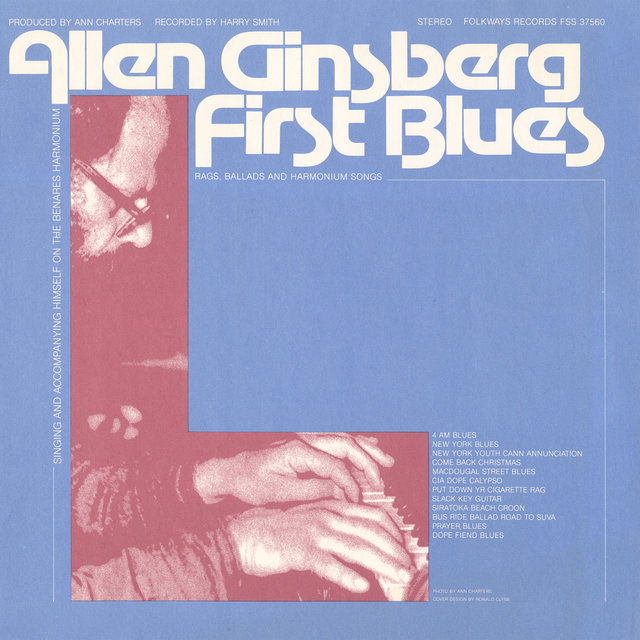 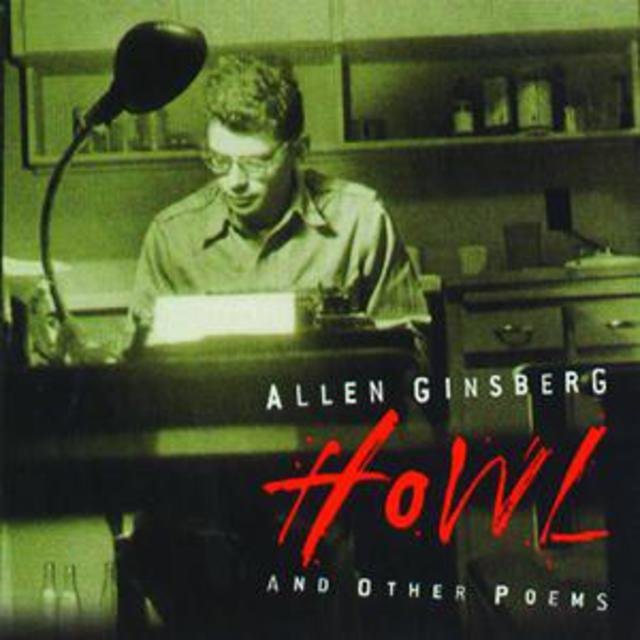 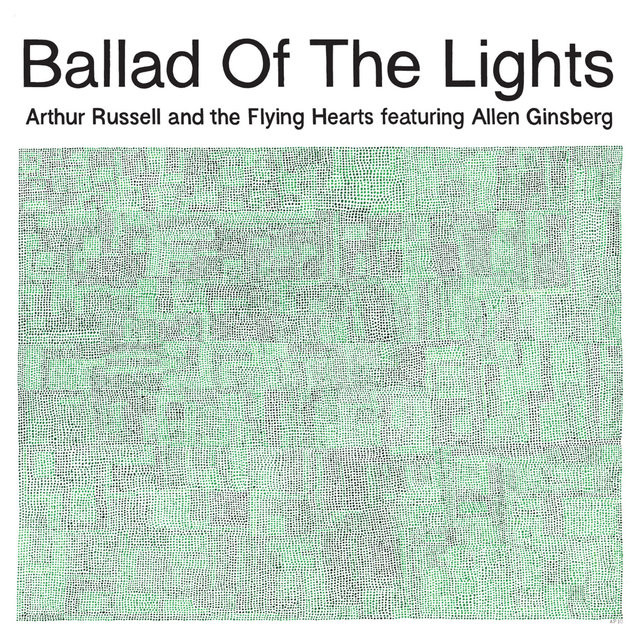 Ballad Of The Lights
Arthur Russell 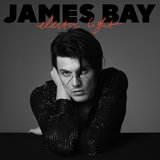 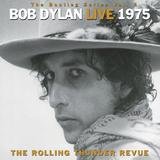