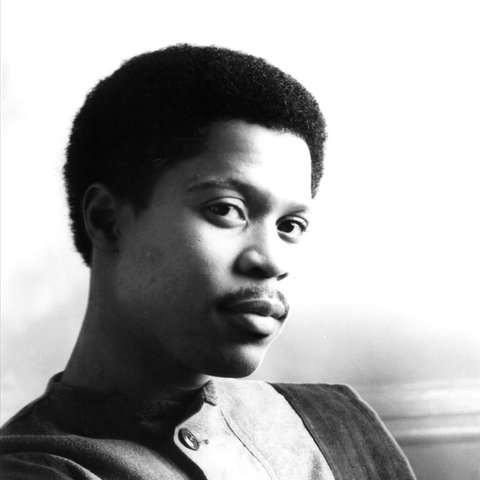 According to many musicians who came of age between the 1980s and the early 21st century, the influence of M-Base founder, composer, and alto saxophonist Steve Coleman cannot be overstated. His technical virtuosity and engagement with musical traditions and styles from around the world are expanding the possibilities of spontaneous composition. (He doesn't particularly like the term "jazz.")

Whether performing solo or with his regular ensemble, Steve Coleman and Five Elements, he delivers performances of notated works and brings a rigorous, deeply focused approach, and execution to intricate, complex improvised pieces. His original works weave disciplined rhythmic structures, refined tonal progressions, and overlapping and mixed meters into emotionally expressive, fluid inquiries and statements. Coleman's large catalog updates musical idioms of influences such as John Coltrane and Charlie Parker by infusing them with melodic, rhythmic, and structural components inspired by music of the larger African Diaspora, as well as from the continents of Africa, Eurasia, and the Americas. His 1997 album The Sign and the Seal: Transmissions of the Metaphysics of a Culture perhaps illustrates best; it was recorded in Havana with ten musicians and the group Afrocuba de Matanzas. His work also draws heavily on inspiration from nature, metaphysics, and science, integrating, for example, patterns derived from the cycles and relationships of the planets in our solar system or, as on Functional Arrhythmias (2013), the pulsating patterns of the human heart.

Coleman was raised in Chicago. His earliest years were spent playing in R&B and funk bands in emulation of his first hero, Maceo Parker. Coleman had heard all the greats in his hometown, including Von Freeman who had a profound influence on him. He changed his focus from R&B to jazz precipitating his move to New York. He gigged with the Thad Jones-Mel Lewis big band, followed by Sam Rivers' All-Star Orchestra and eventually, Cecil Taylor's big-band project. He began working with other leaders as well: David Murray, Abbey Lincoln, Michael Brecker. But Coleman was restless; he began listening to other music, particularly that of West Africa (he later traveled to Ghana to study). His music evolved, and he continued to play side gigs, honing his sound and compositions — he has a totally original alto tone — by playing in the street.

Coleman's first band, the Five Elements, would be formed by street cats including Graham Haynes. The band came up with the M-Base concept in 1985 ("macro-basic array of spontaneous extemporization") and signed with the European JMT label. Others in the M-Base crew include Gary Thomas, Geri Allen, Greg Osby, Robin Eubanks, and Cassandra Wilson. Coleman developed complex musical theories about integrating the rhythms of funk, soul, world music, and jazz. He eventually signed with BMG and started three other bands, Mystic Rhythm Society, Metrics, and Council of Balance. He also passed through Dave Holland's innovative trio and quartet. In the 21st century, Coleman has primarily concentrated on his own music as executed by several different bands he leads, though he has shown up occasionally as a sideman, most notably with Roy Hargrove's jazz-funk outfit RH Factor and with trombonist Craig Harris.

In addition to issuing over 20 records under his own name, he is a sought-after producer who has helmed dates for Geri Allen, Cassandra Wilson, Sam Rivers, and Ravi Coltrane. In 2010, he signed to Pi Recordings. His first three albums for the label — 2010's Harvesting Semblances and Affinities, 2011's The Mancy of Sound, and 2013's Functional Arrhythmias (all with Five Elements) — were widely acclaimed and preceded his 2014 MacArthur Foundation Fellowship (the "genius" grant). Coleman utilized the 21-piece Council of Balance for 2015's Synovial Joints, and followed it two years later with Morphogenesis, which debuted his nonet Natal Eclipse. ~ Thom Jurek 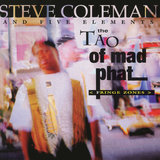 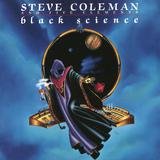 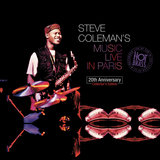 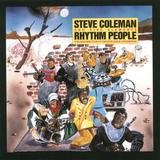 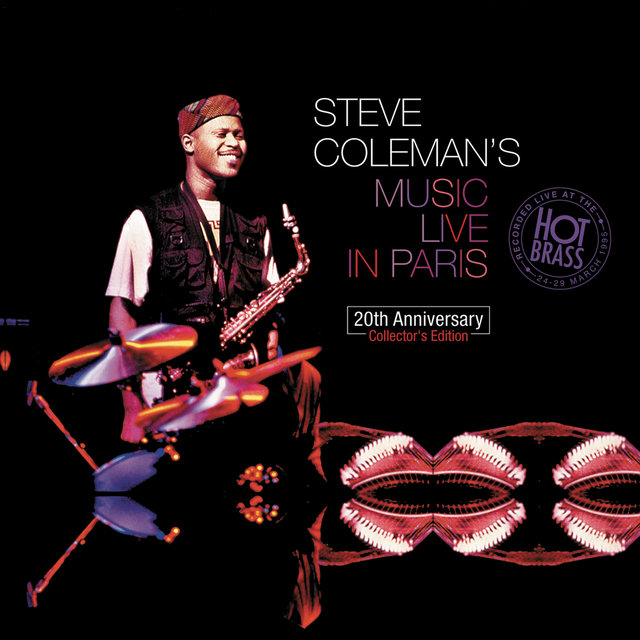 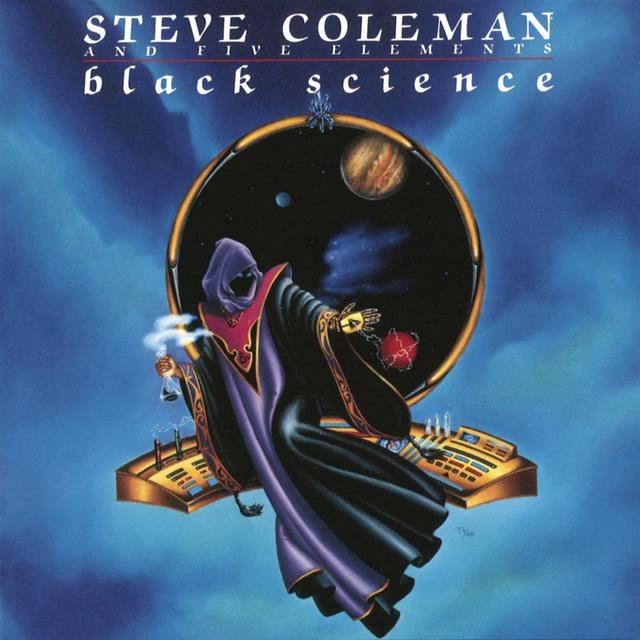 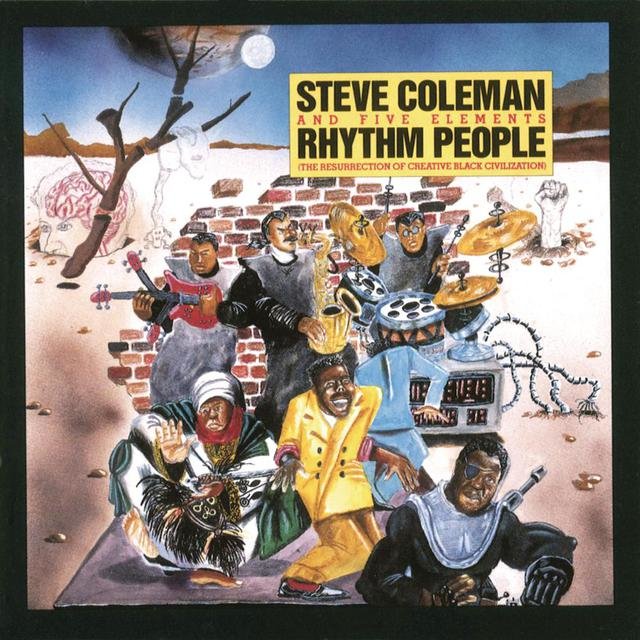 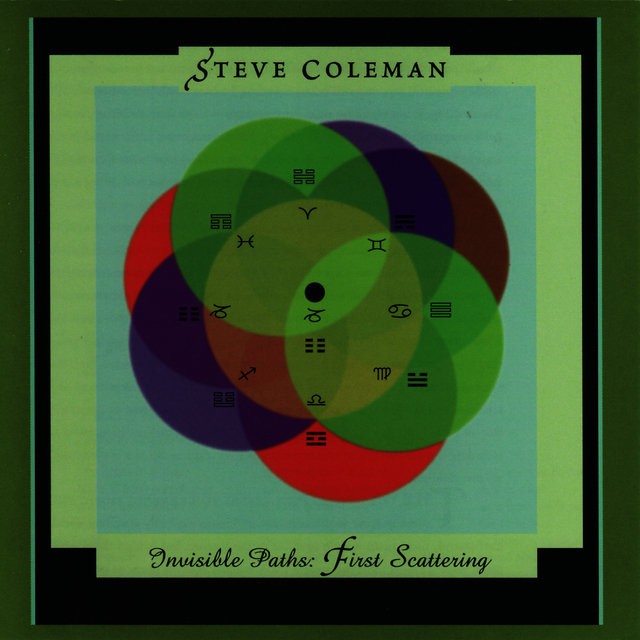 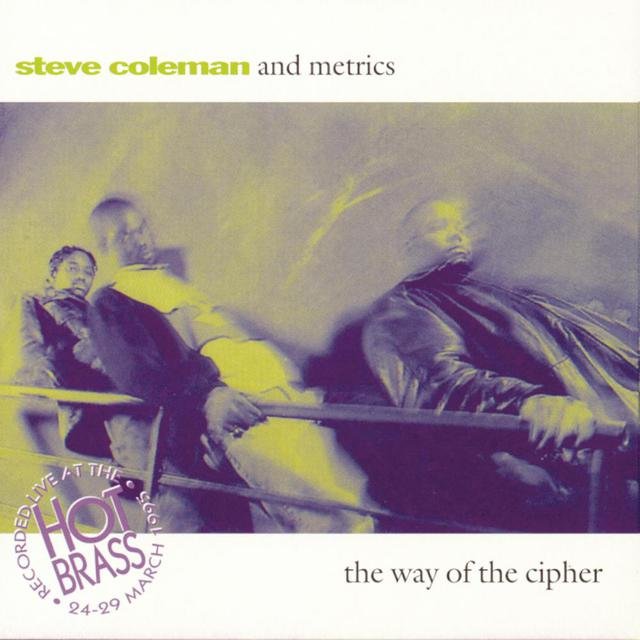 The Way Of The Cipher Live In Paris
Steve Coleman 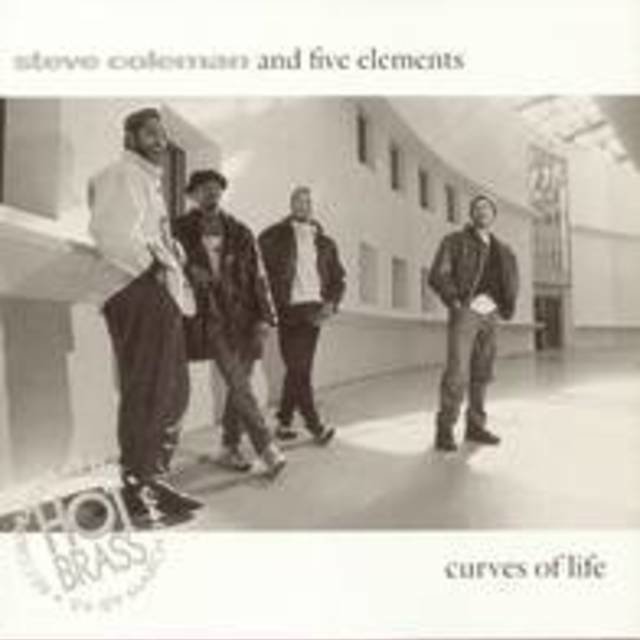 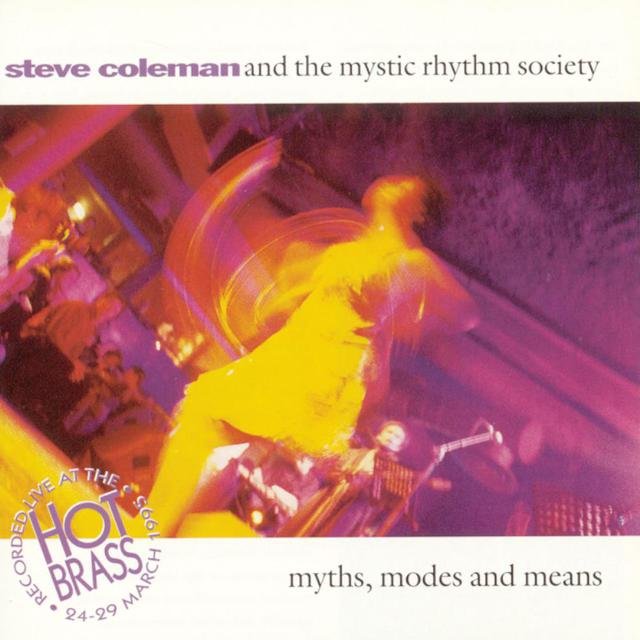 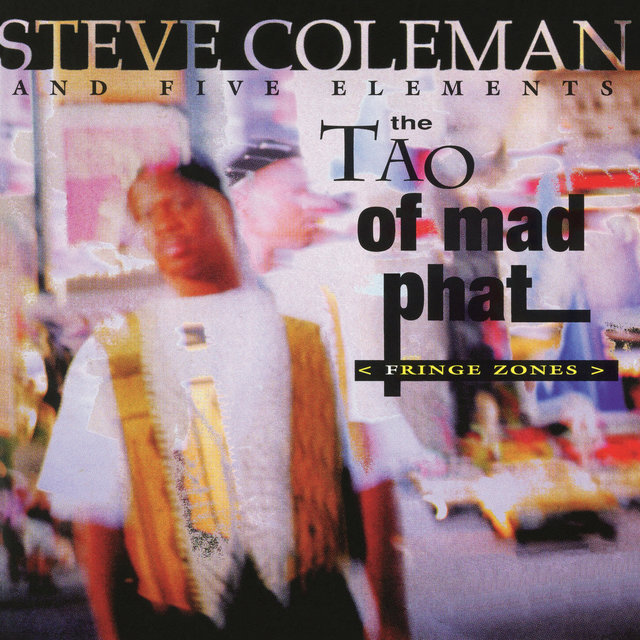 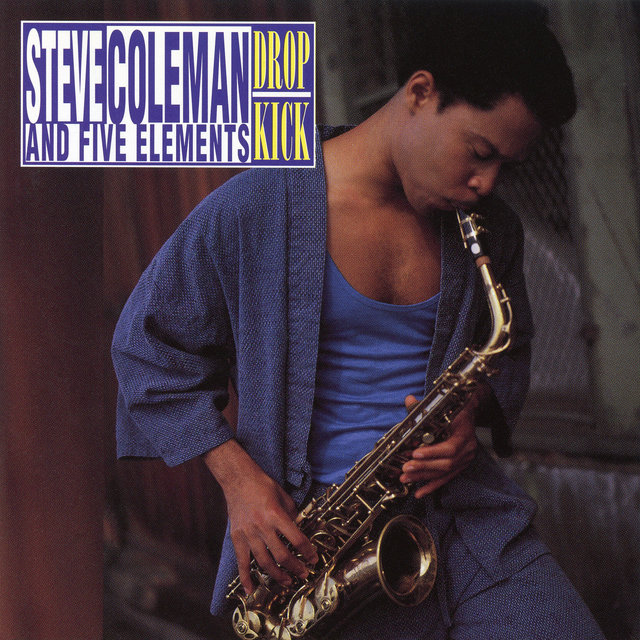 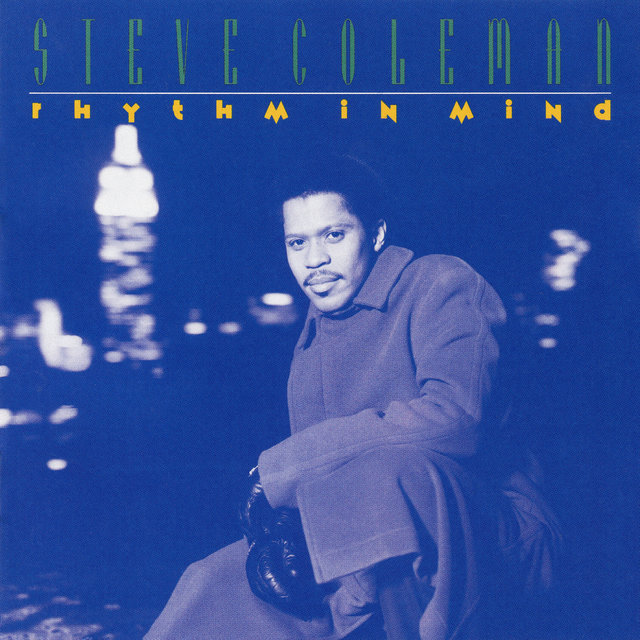 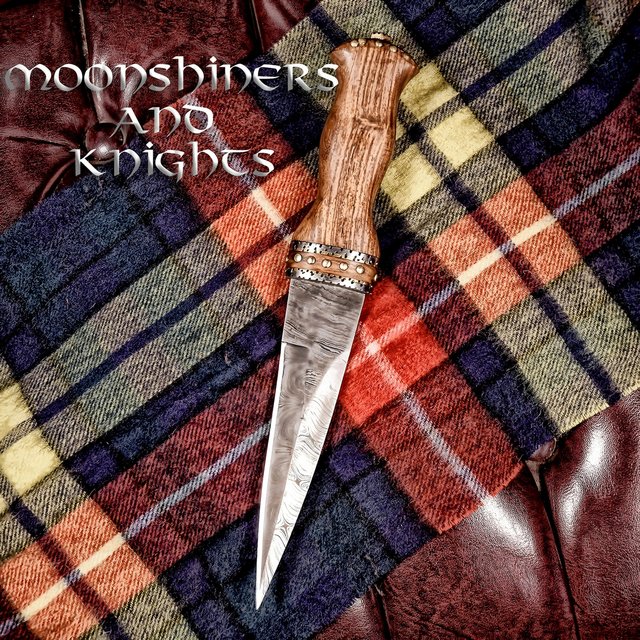 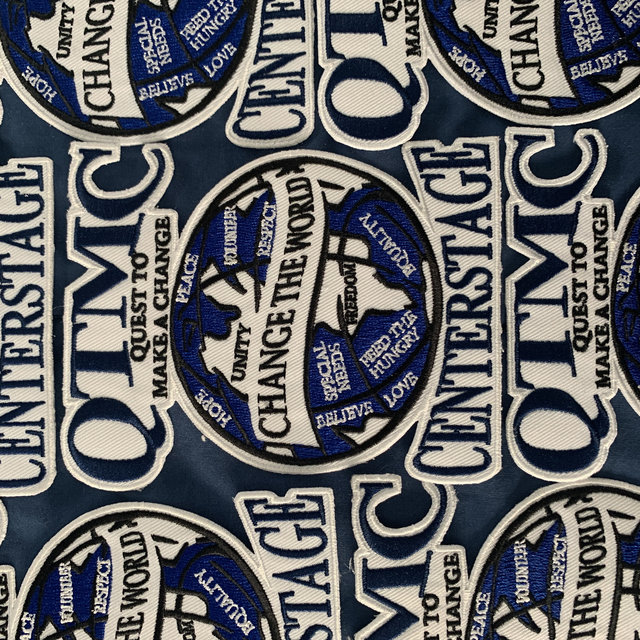 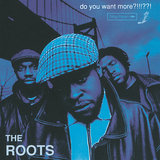 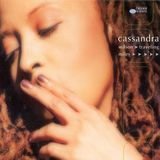 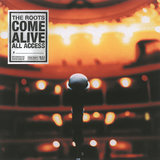 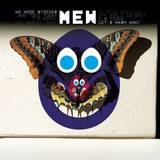 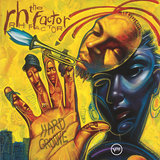