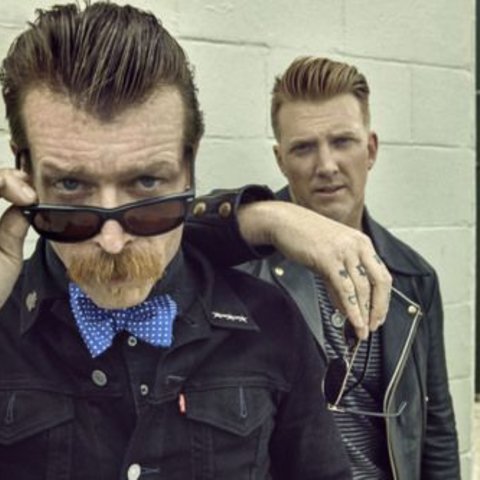 The collaboration of lifelong friends Jesse Hughes and Josh Homme, Eagles of Death Metal grew from a side project into a full-fledged band with a riff-heavy, tongue-in-cheek identity of its own. Despite their name, the band's music is a revved-up blend of garage rock, boogie rock and hard rock, with elements of glam rock, blues rock and swamp rock added in for good measure. Their quickly recorded 2004 debut Peace Love Death Metal introduced Hughes and Homme's music at its scrappiest, while later albums such as 2008's Heart On and 2015's Zipper Down took a more polished, but still brash, approach. Following the terrorist attack at their 2015 show at Paris' La Bataclan that killed 89 people, Eagles of Death Metal persevered, with 2019's covers album Eagles Of Death Metal Presents Boots Electric Performing The Best Songs We Never Wrote reflecting the music that offered Hughes solace in the wake of the attack.

Born in Greenville, South Carolina, Hughes moved to Palm Desert, California at age seven. Not long after, he met and befriended Homme. The pair bonded as teenagers while playing together on the same local soccer team, but went in separate career paths after graduation — Homme formed Kyuss before launching Queens of the Stone Age, while Hughes attended the University of South Carolina and became a journalist. A few years later, Homme convinced his old friend (who was down in the dumps at the time over a divorce) to start jamming on music, with Homme on drums and Hughes handling guitar and vocal duties. Eagles of Death Metal formed soon after, debuting with a few tracks on Vols. 3-4 of Homme's ongoing Desert Sessions series in 1998. However, the new group was put on the back burner while Homme got Queens of the Stone Age off the ground with another high-school friend of both his and Hughes, bassist Nick Oliveri.

When QOTSA found success with 1998's Queens of the Stone Age, 2000's R, and 2002's Songs for the Deaf, Hughes and Homme relaunched the Eagles of Death Metal as more than just a one-off project. Reconvening in 2003, the duo recorded three days' worth of material, capturing many songs with the first take. Homme wore an Eagles of Death Metal T-shirt throughout QOTSA's Lollapalooza road jaunt that summer, while a sneak preview track, "I Only Want You," appeared online. During QOTSA's time off, Homme and Hughes (with guitarist Timmy VanHamel in tow) then set out on the Eagles' first tour opening for Placebo during late November/early December. The group's debut full-length Peace Love Death Metal arrived in March of 2004 via Homme's own Rekords Rekords label and AntAcidAudio (a sister label of Mike Patton's Ipecac Records). The group then opened for the Distillers on their European tour. Hughes and Homme reunited in fall 2005 to make the second Eagles of Death Metal album. Joined by Jack Black, Brody Dalle, Mark Lanegan, and QOTSA's Joey Castillo, they recorded Death by Sexy in eight days. After a brief U.K. tour late that year, the Eagles of Death Metal gigged with the Strokes in spring 2006, leading up to Death by Sexy's release that April. Issued in October 2008, Heart On was more polished but still scuzzy.

After touring in support of Heart On, the band went on an extended hiatus. Among other projects, Homme worked with Queens of the Stone Age as well as Them Crooked Vultures, a power trio also featuring Dave Grohl and Led Zeppelin bassist John Paul Jones. Meanwhile, Hughes released his debut album as Boots Electric, Honkey Kong. Featuring contributions from Homme, Castillo, Money Mark and Juliette Lewis, it appeared in September 2011. Hughes also became an became an ordained minister with the Universal One Church in 2012 and appeared in Björn Tagemose's 2015 silent movie Gutterdämmerung along with Henry Rollins, Grace Jones, and Iggy Pop. That year, the Vice film The Redemption of the Devil touched on the making of Eagles of Death Metal's fourth album, Zipper Down. Arriving that October, the album included reworked versions of songs from Honkey Kong as well as a cover of Duran Duran's "Save a Prayer."

A month after Zipper Down's release, Eagles of Death Metal (sans Homme) were performing at famed Paris venue La Bataclan when a group of terrorists attacked the club, killing 89 of those in attendance, including the band's merch seller. The bandmembers escaped and canceled the remainder of their European tour. Charity campaigns were set up for victims and survivors using proceeds from sales of their cover of Duran Duran's "Save a Prayer" and their own song "I Love You All the Time." The group returned to Paris a month later in December to perform with U2, announcing resumption of their European tour and free admission at the Paris date for all Bataclan survivors. Another Paris show from February 2016 was captured as I Love You All the Time: Live at the Olympia in Paris, which came out in August 2017. The following year, Eagles of Death Metal composed music for the movie Super Troopers 2, while Hughes released The Eagles of Death Metal Presents Pigeons of Shit Metal, a limited-edition covers album whose name referred to what Axl Rose called the band before firing them from the opening slot of Guns N' Roses' 2006 tour. Hughes reworked the album for June 2019's The Eagles Of Death Metal Presents Boots Electric Performing The Best Songs We Never Wrote, which featured versions of songs by Mary J. Blige, David Bowie, Kenny Rogers and other artists that helped him cope with his depression after the Paris terrorist attack. ~ Greg Prato 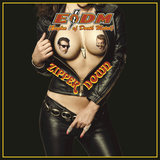 I Love You All The Time 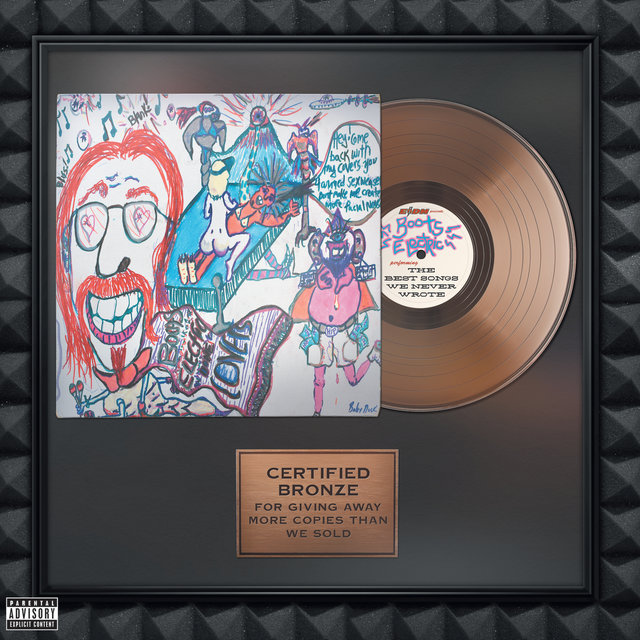 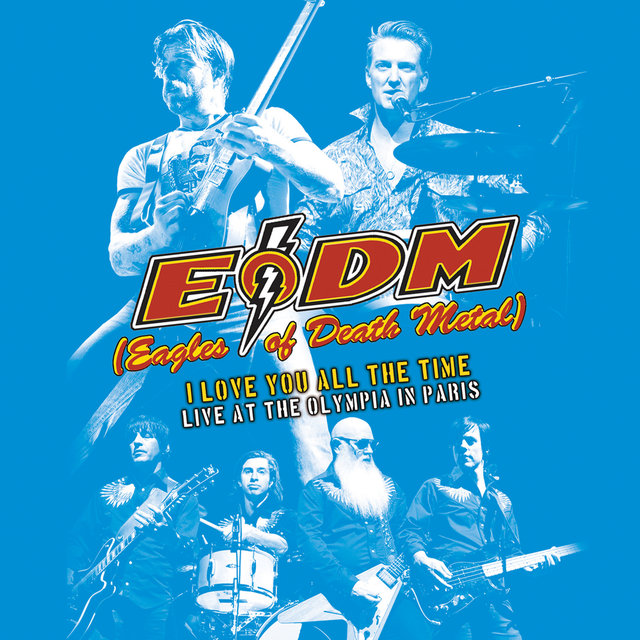 I Love You All The Time: Live At The Olympia Paris
Eagles Of Death Metal 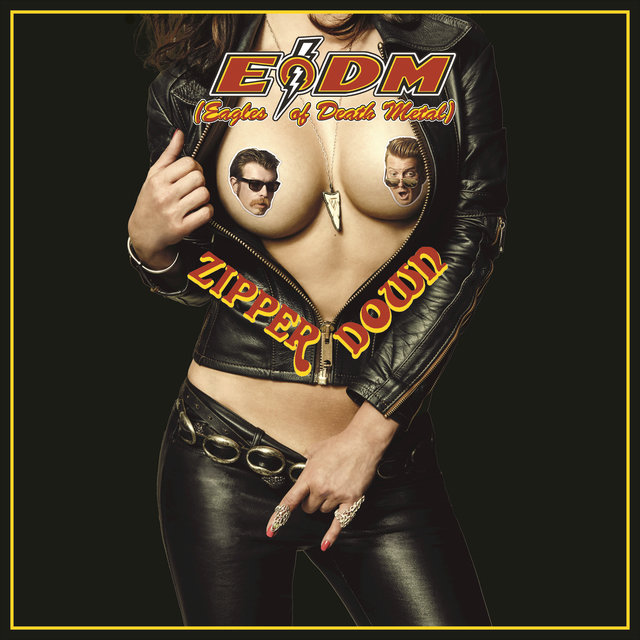 Zipper Down
Eagles Of Death Metal 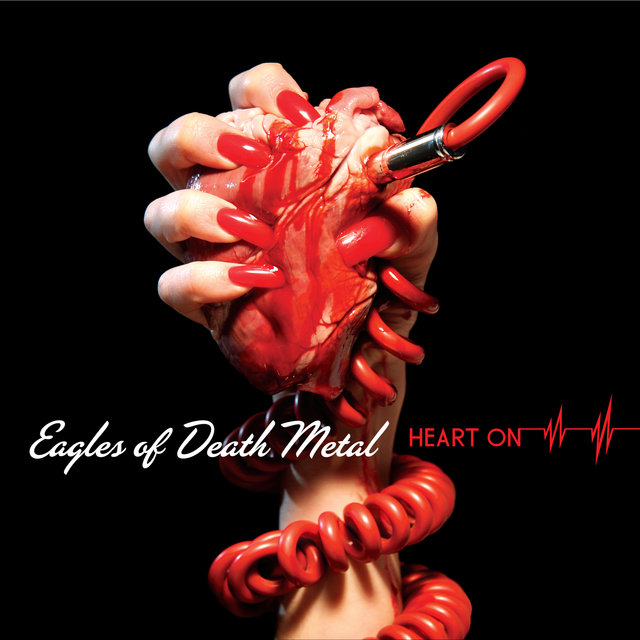 Heart On
Eagles Of Death Metal 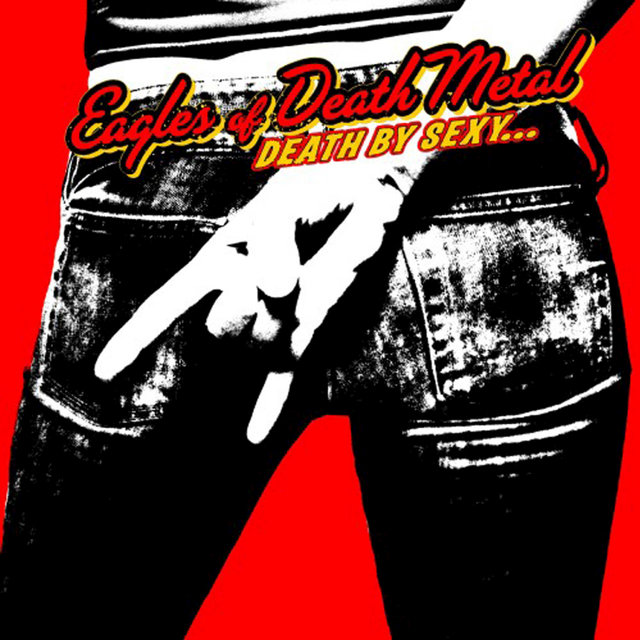 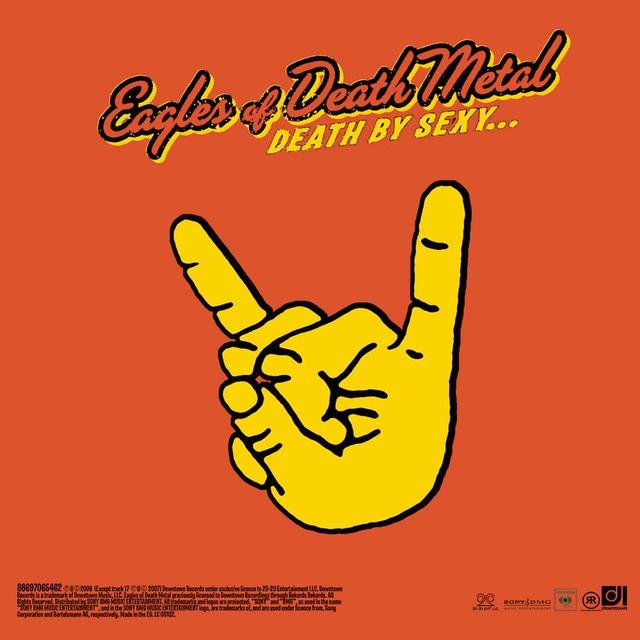 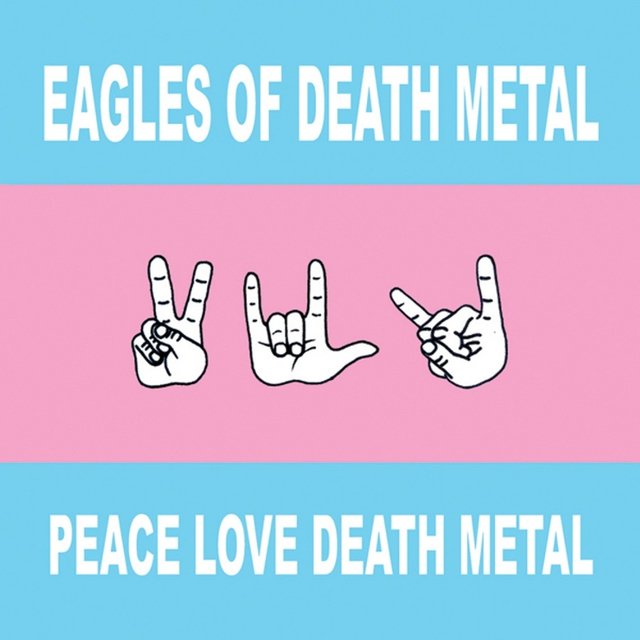 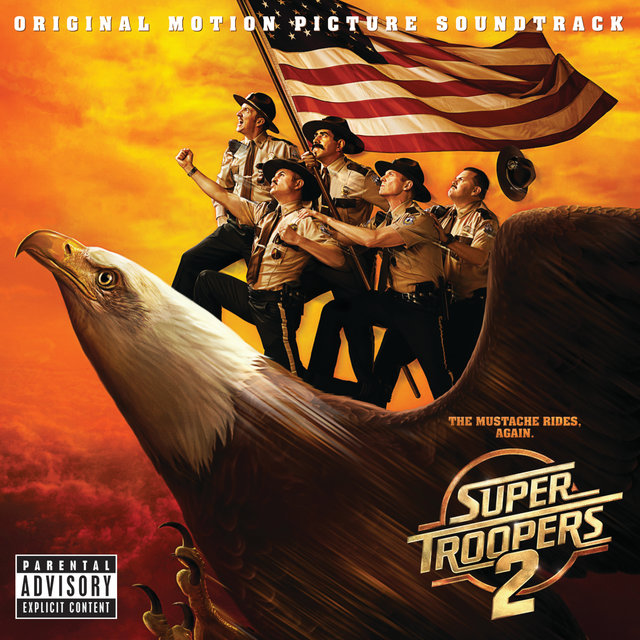 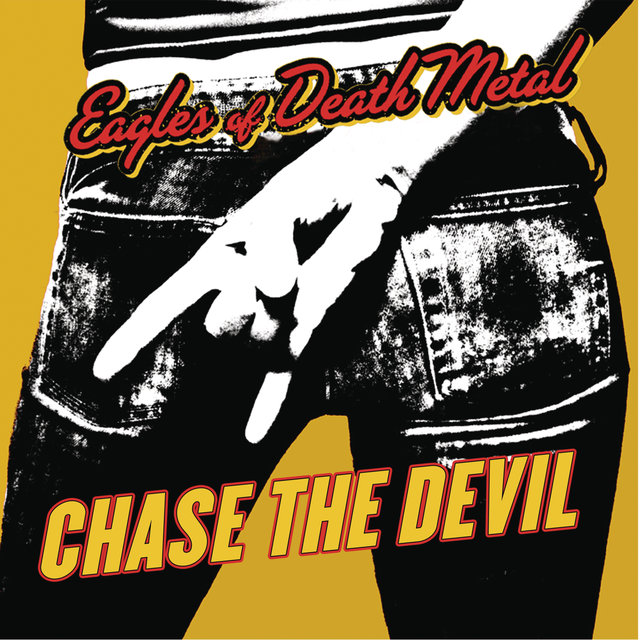 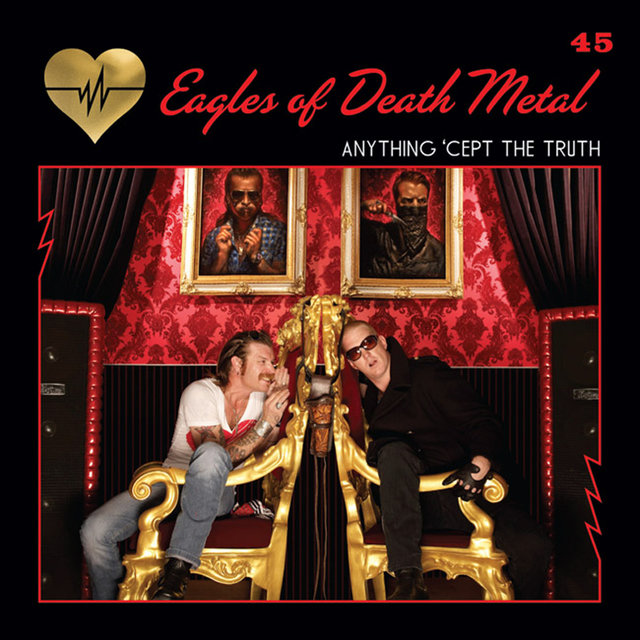 Anything 'Cept The Truth
Eagles Of Death Metal 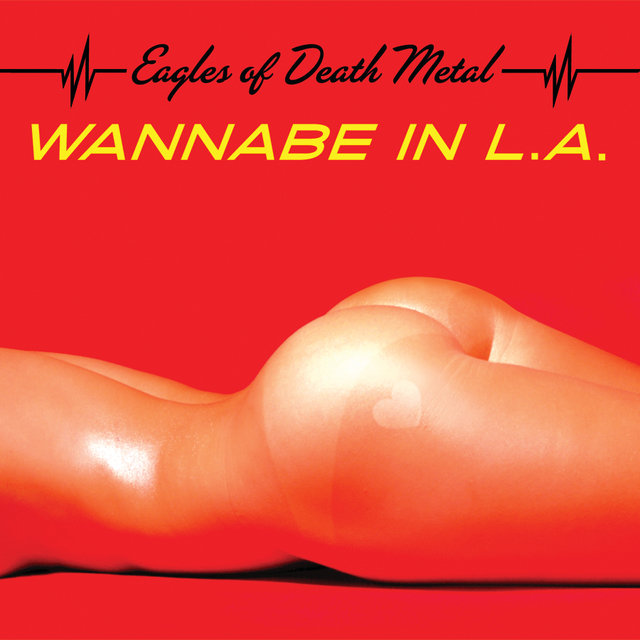 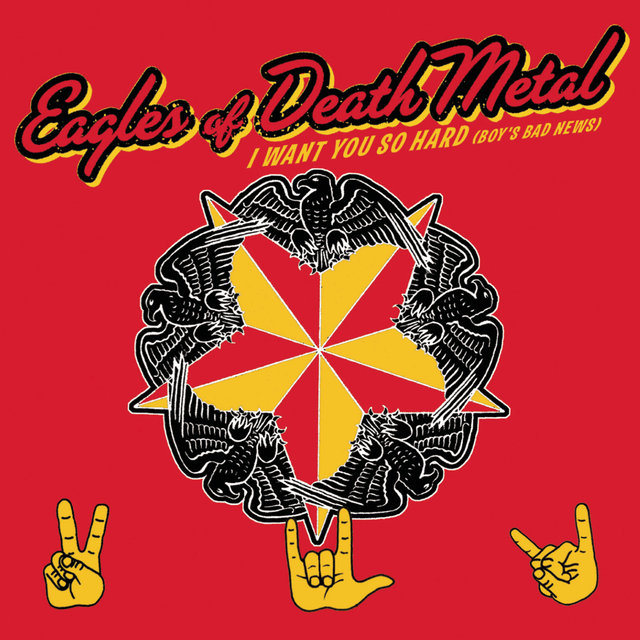 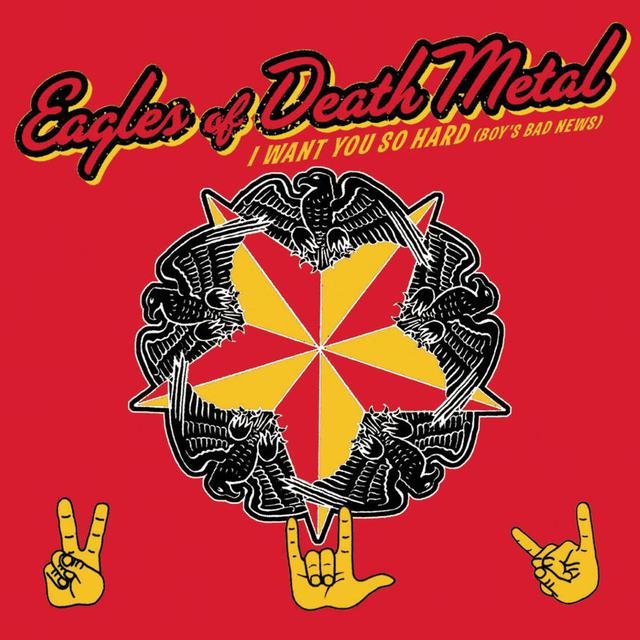 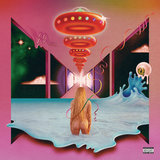 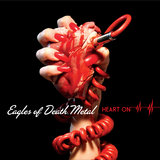 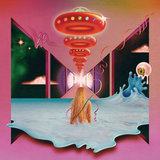 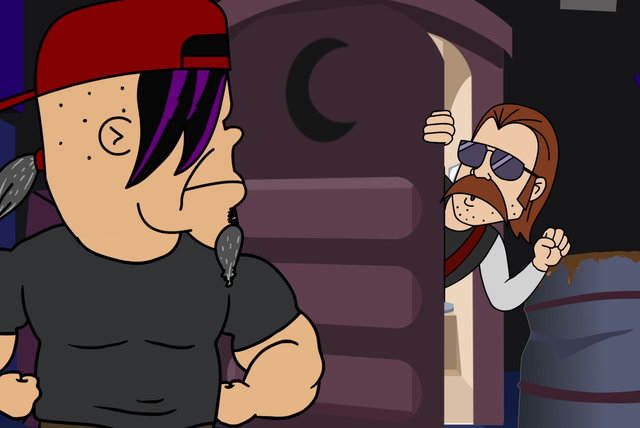 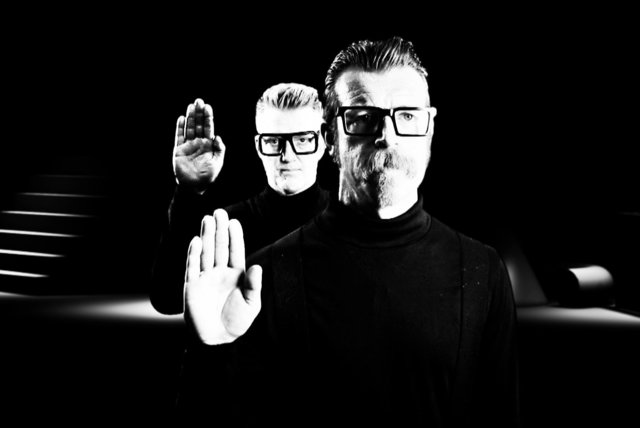 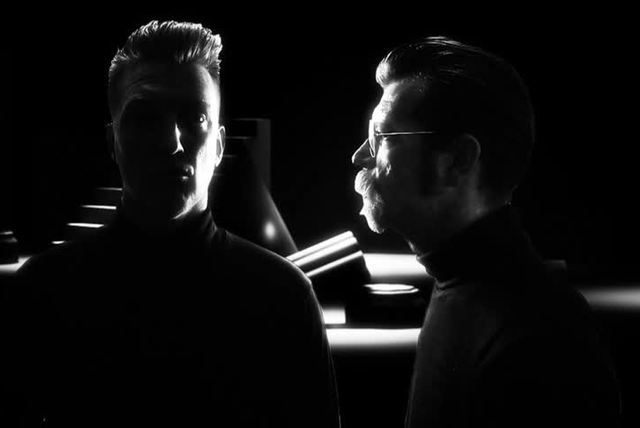