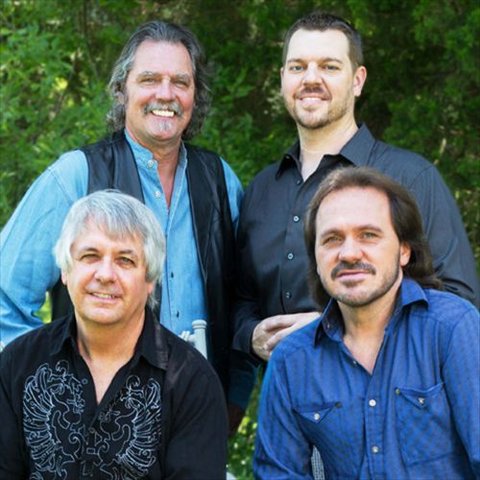 Despite significant personnel changes, Pure Prairie League maintained itself as a successful country-rock band during the 1970s and early '80s, releasing ten albums and enjoying hits including "Amie" and "Let Me Love You Tonight" with different configurations of the group.

Pure Prairie League was formed in Columbus, Ohio, in 1969 by singer/songwriter/guitarist Craig Fuller, bass player Jim Lanham, and drummer Tom McGrail, who named the band after a women's temperance group in the 1939 Errol Flynn movie Dodge City. Pure Prairie League built up a following in Ohio, playing around Cincinnati for a year before earning a record contract with RCA Victor. By that time, McGrail had left and been replaced by Jim Caughlan, though Billy Hinds had also drummed with the band for a time. Adding steel guitar player John David Call, the group went into the studio and recorded its self-titled debut album, which was released in March 1972 with a cover depicting a Western character named Luke, an illustration drawn by famed American painter/illustrator Norman Rockwell that had first appeared on the cover of The Saturday Evening Post in 1927. Luke would turn up on all the band's subsequent album covers, giving them a distinctive visual conception.

Pure Prairie League did not sell well enough to reach the charts, and the group fragmented. Lanham, Caughlan, and Call left, and remaining members Fuller and Powell brought back Hinds, who in turn recruited a friend, keyboard player Michael Connor, to play on the second album, Bustin' Out, and subsequently become a full-fledged bandmember. Among the other session musicians on the album was David Bowie associate Mick Ronson, who played guitar and arranged the strings. Though later considered a landmark in country-rock, Bustin' Out initially suffered disappointing sales upon release in September 1972, and RCA dropped the group. But they added a second friend of Hinds', bassist Michael Reilly, and continued to play around the Midwest. During this period, Fuller encountered legal difficulties over his claim of conscientious objector status to avoid the draft, eventually serving two years in a hospital instead. (He was later pardoned by President Ford.) This forced him to leave the group, and he was replaced by Larry Goshorn. Call also rejoined.

In late 1974, Pure Prairie League's touring began to pay off as radio stations started playing "Amie," a song from Bustin' Out, leading RCA to issue the song as a single, reissue the album, and re-sign the band. Bustin' Out entered the charts in February 1975, nearly two-and-a-half years after its release, and rose into the Top 40, eventually going gold. "Amie" charted in March 1975 and became a Top 40 hit. Of course, the song had been written and sung by Fuller, who was no longer in the band. (He would resurface in 1976 in the band American Flyer.) Instead, the sextet of Call, Connor, Goshorn, Hinds, Powell, and Reilly made Pure Prairie League's third album, Two Lane Highway, joined by the country stars Chet Atkins, Emmylou Harris, and Johnny Gimble. It was released in the spring of 1975. The title track became a minor chart entry, and the album reached the Top 40.

Pure Prairie League's fourth album, If the Shoe Fits, was released in early 1976 and was another Top 40 hit, spawning a minor country chart entry in a cover of the Buddy Holly hit "That'll Be the Day." The band's fifth album, Dance, followed in the fall of 1976. It was a disappointing seller, only getting into the Top 100 of the pop charts, though it became Pure Prairie League's first album to reach the country charts. A similar level of success greeted the two-LP concert recording Live!! Takin' the Stage, released in the summer of 1977. After that album was released, Call left the band and was replaced by Goshorn's brother, Tim. Pure Prairie League's seventh album, Just Fly, was released in the spring of 1978 and was another modest seller.

At this point, the band fragmented again. The Goshorn brothers decamped to form their own band, and Powell retired to spend more time with his family, depriving the group of its last original member. The remaining trio of friends — Hinds, Connor, and Reilly — were left in possession of the band's name but in need of a new frontman. They held extensive auditions that resulted in the hiring of Norman, Oklahoma's Vince Gill as lead singer and guitarist, followed by reeds player Patrick Bolin. This quintet released Pure Prairie League's eighth album, Can't Hold Back, in the spring of 1979. Its sales were disappointing, and the group left RCA and signed to Casablanca Records, a label better known for disco than country-rock. In early 1980, Bolin was replaced by Jeff Wilson, a singer and guitarist, and Pure Prairie League recorded its Casablanca debut, Firin' Up. The album was preceded by the single "Let Me Love You Tonight," which became a Top Ten hit, pulling Firin' Up into the Top 40 in the LP charts. A second single, "I'm Almost Ready," made the Top 40, and a third single, "I Can't Stop the Feelin'," also made the charts.

Pure Prairie League returned with its tenth album, Something in the Night, in the spring of 1981, prefaced by the single "Still Right Here in My Heart," which made the Top 40, followed by the chart entry "You're Mine Tonight." The album didn't do as well as its predecessor, but it did chart in the Top 100. Unfortunately, this marked the end of Pure Prairie League's national prominence, as Casablanca went bankrupt and Gill left the band, eventually becoming a successful country solo artist. Songwriter Gary Burr took over lead singer duties from 1982 until 1985, when Fuller rejoined; he remained until 1987 and moved on to join the re-formed Little Feat, where he replaced the late Lowell George. At that point, Pure Prairie League dissolved.

In 1998, however, Reilly and Fuller launched a new edition of the band. The lineup also included Connor, Rick Schell, Fats Kaplan, and Curtis Wright. This version of the group began work on a new album in 2002 but abandoned the sessions. Connor passed in the fall of 2004 after a long struggle with cancer. With a lineup of Fuller, Reilly, Schell, Wright and Kaplan, Pure Prairie League released a new album, All in Good Time, in the fall of 2005 on the tiny Drifter's Church imprint. The band continued to play shows in various configurations, and in 2012, settled on a lineup of John David Call, Mike Reilly, Scott Thompson, and Donnie Lee Clark. ~ William Ruhlmann

Falling In And Out Of Love (Remastered 1988) 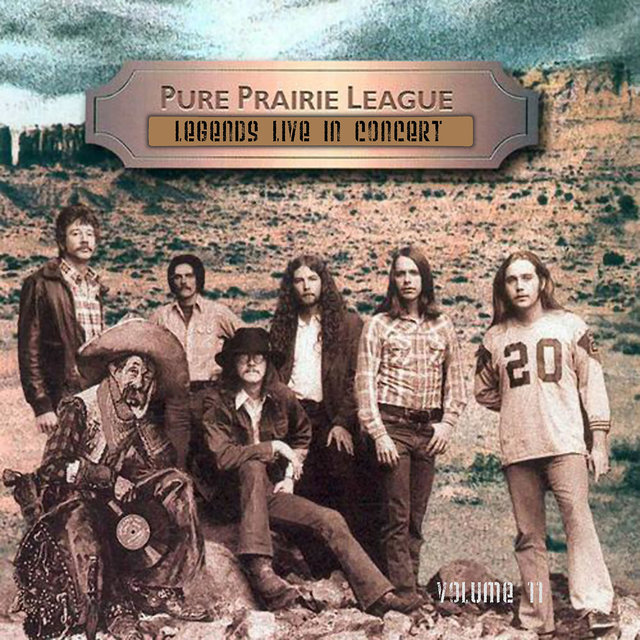 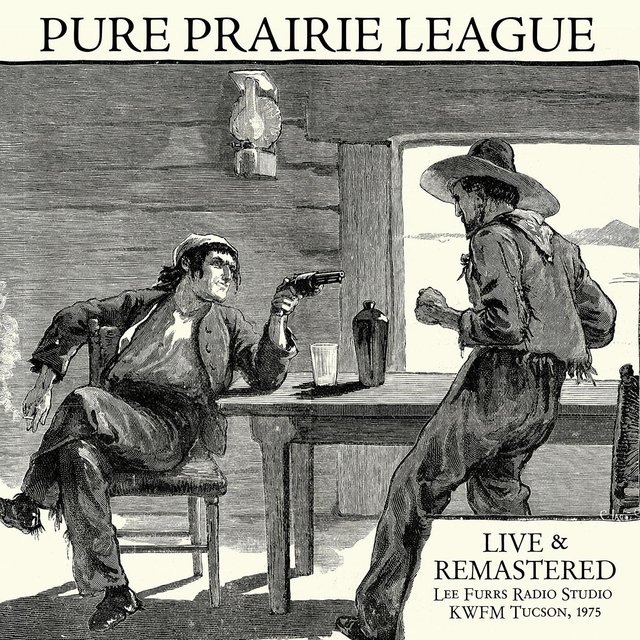 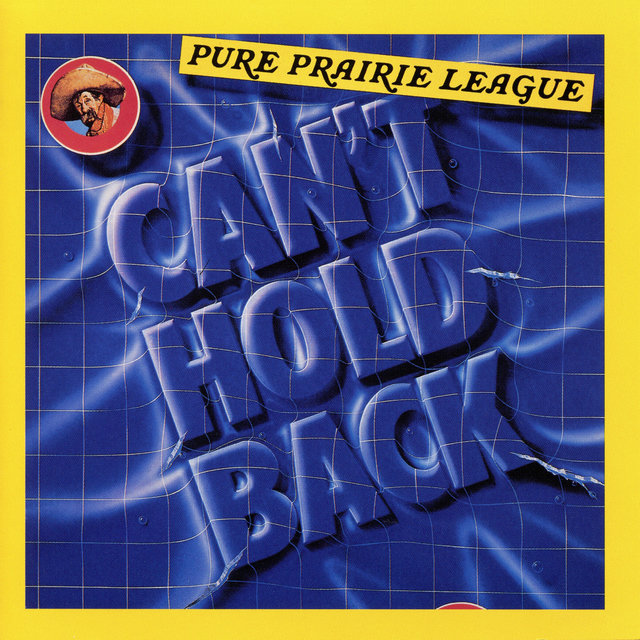 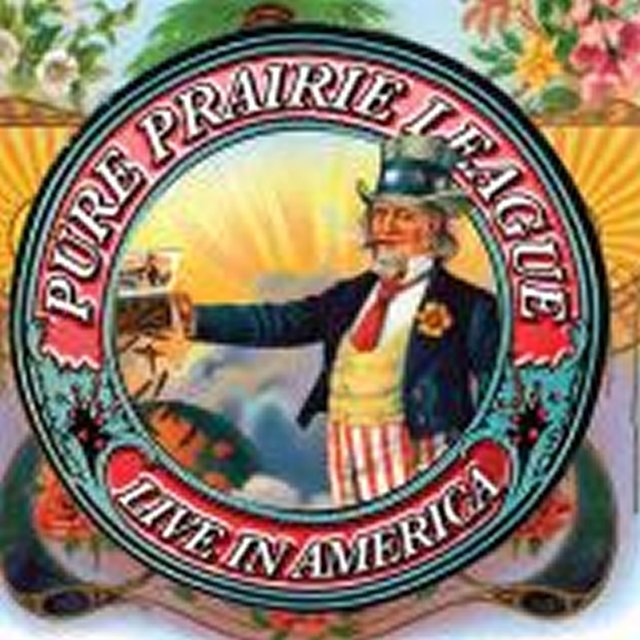 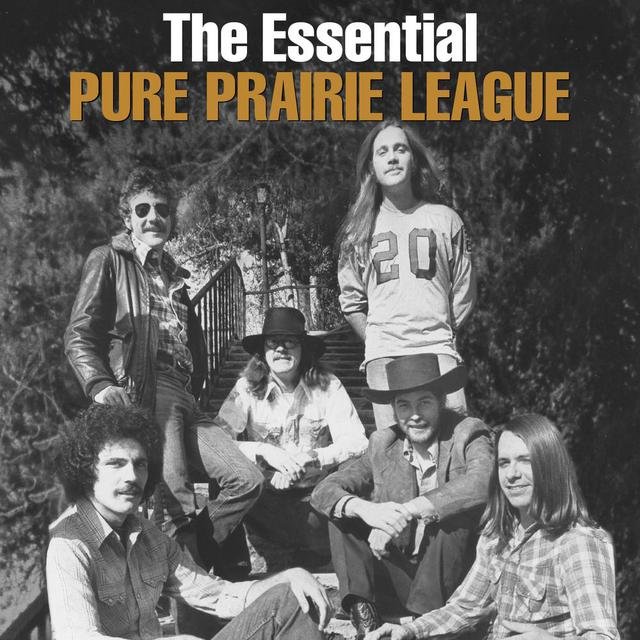 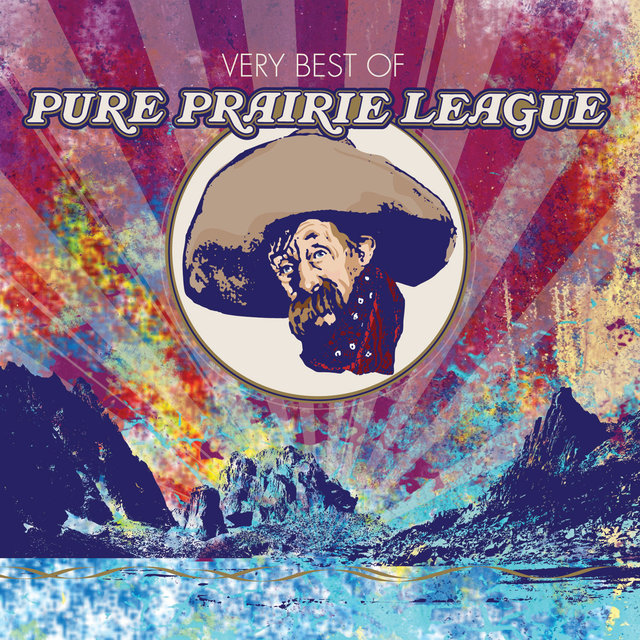 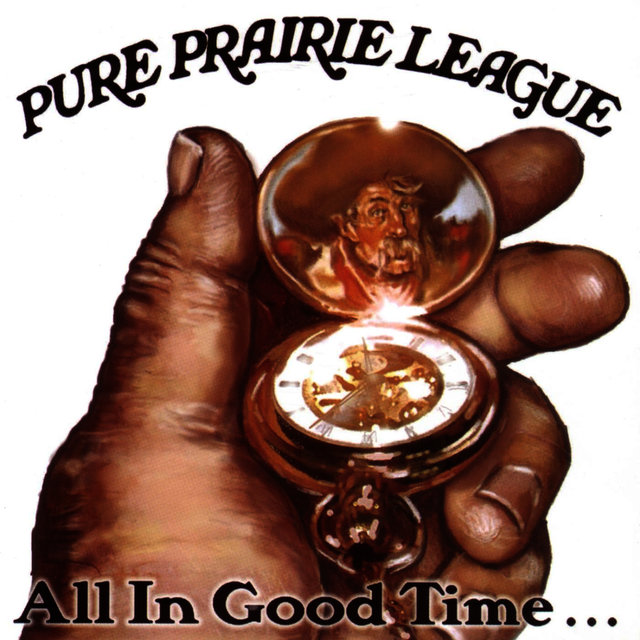 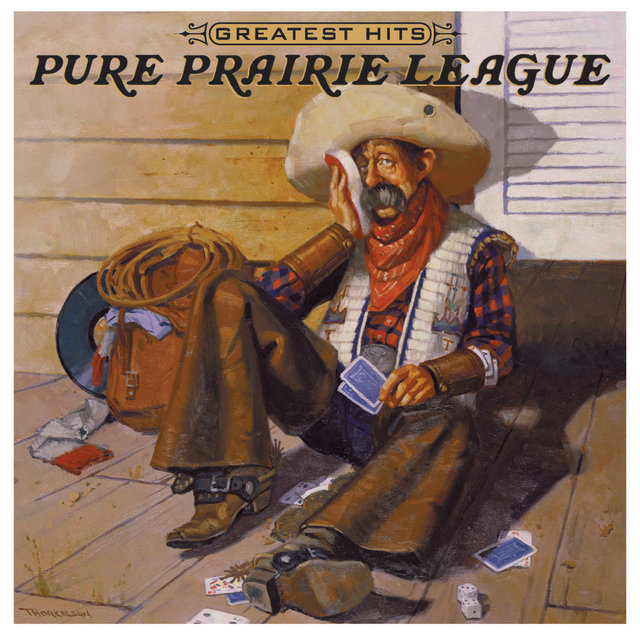 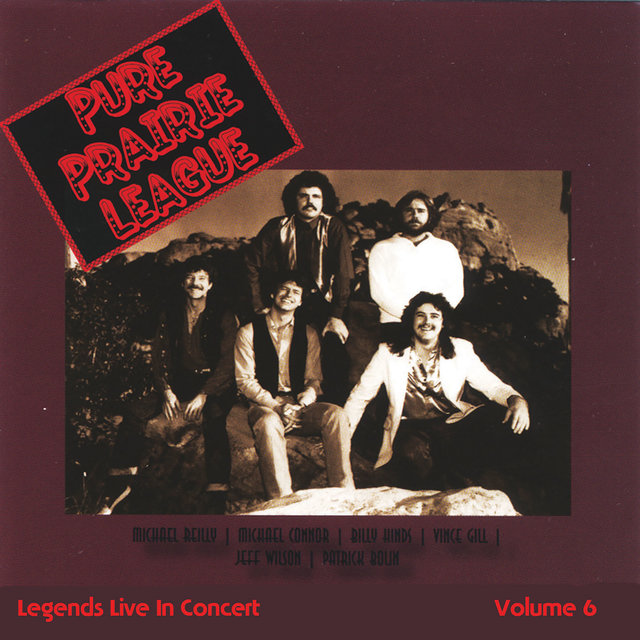 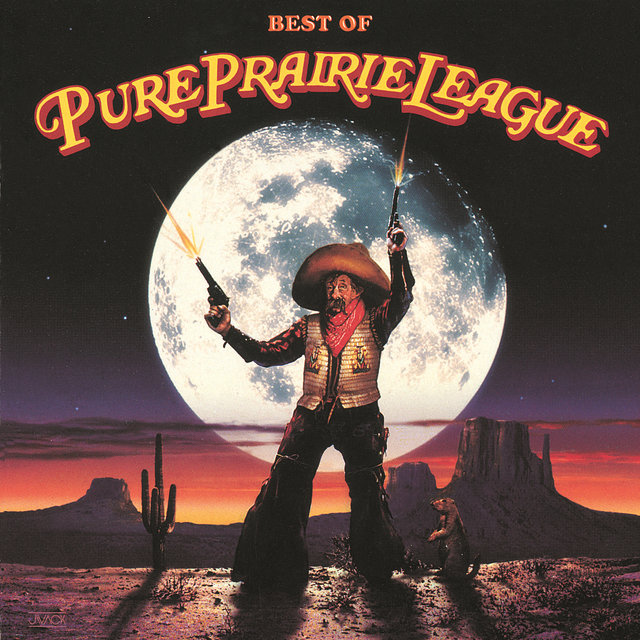 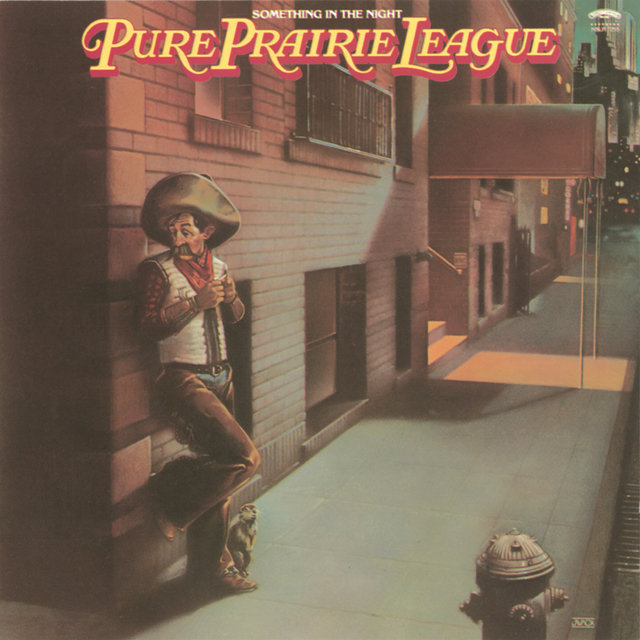 Something In The Night
Pure Prairie League 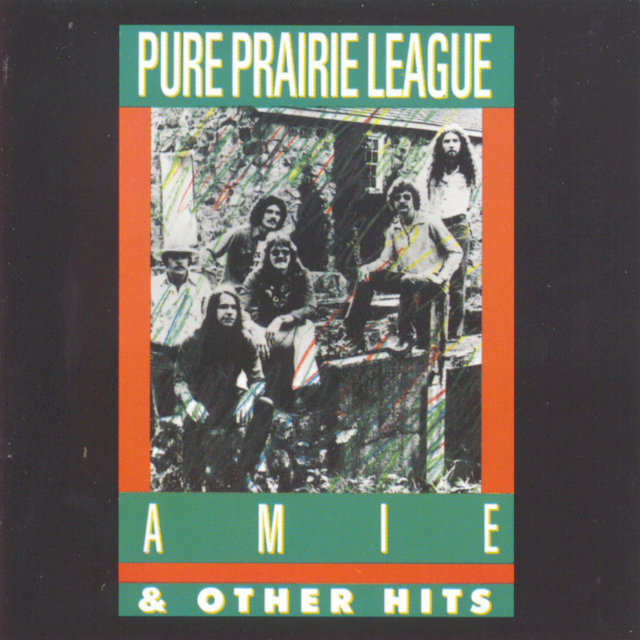 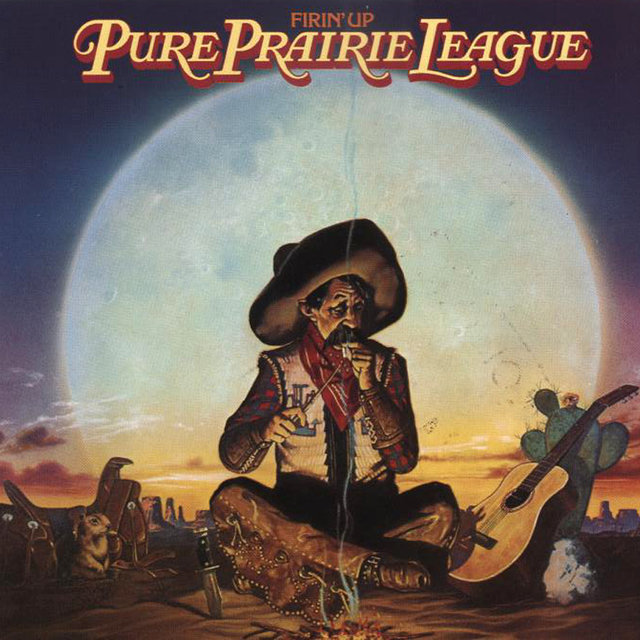 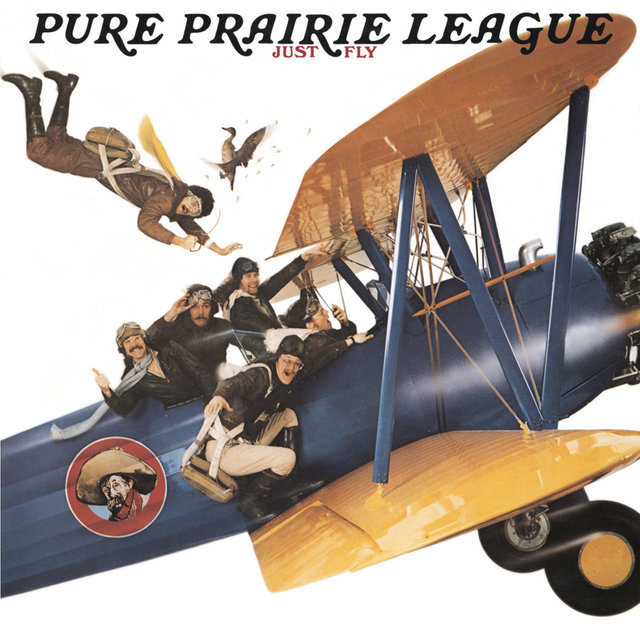 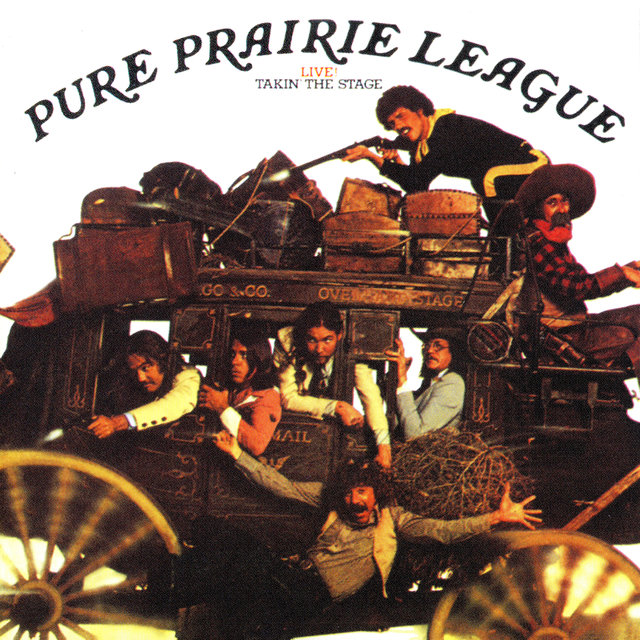 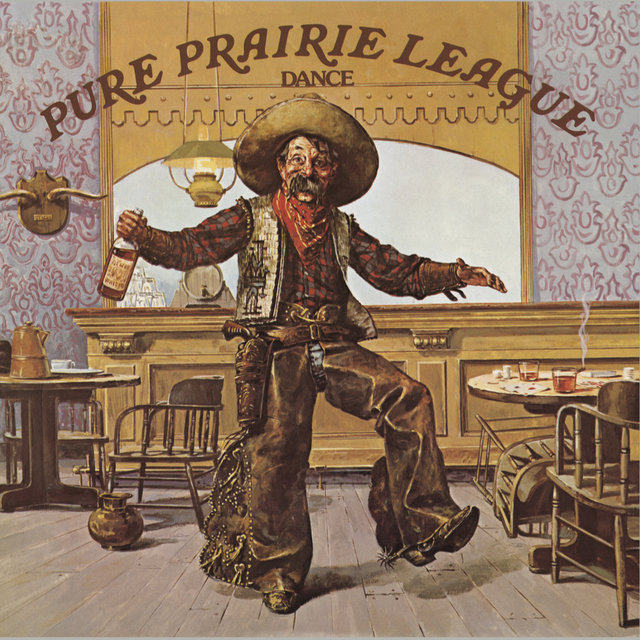 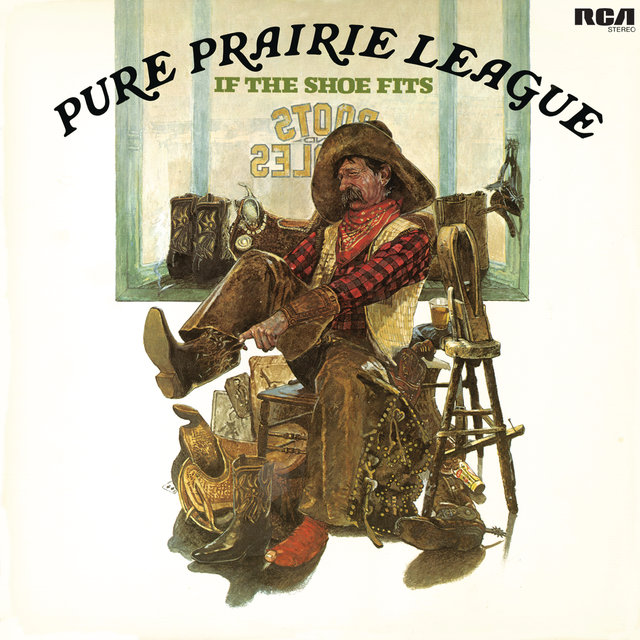 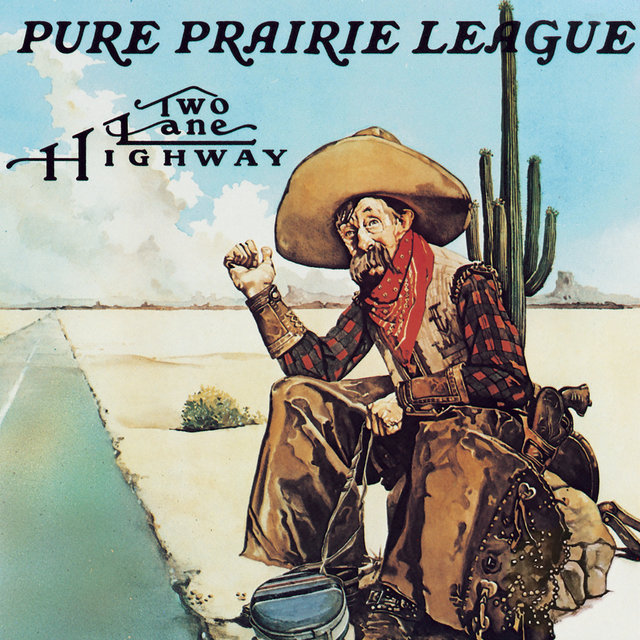 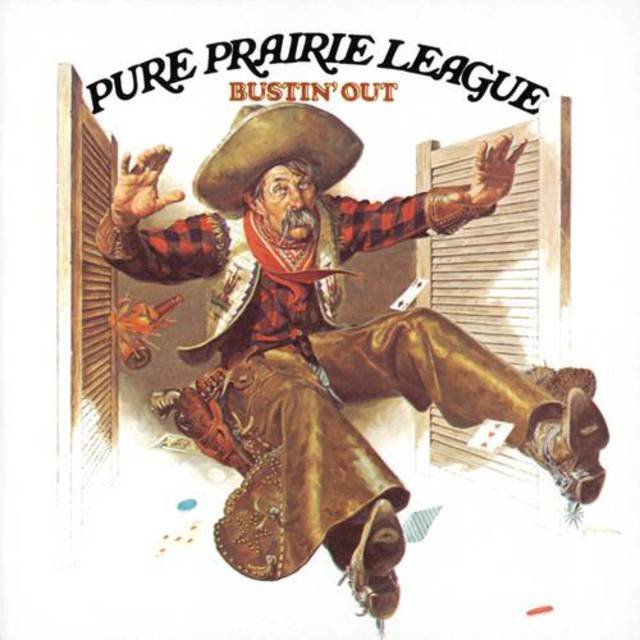 I Can't Hold Back