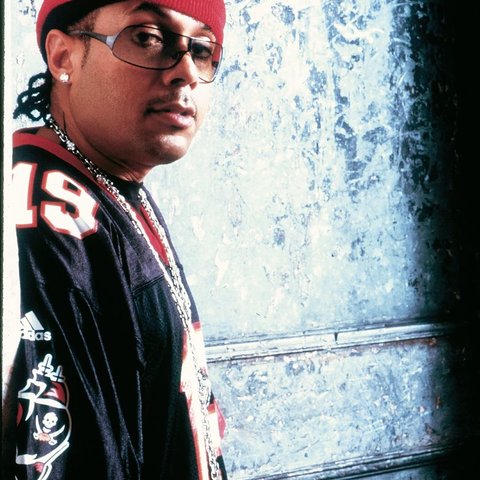 Benzino may be a rapper, but he's far better known for his disrepute, in particular the discredit he brought to The Source, once the leading rap music magazine. No stranger to controversy, Benzino was long plagued by scandal, from a 1992 incident with the Boston police that drove Tommy Boy Records to drop his group the Almighty RSO from its recording contract on account of "One in the Chamba" (a "Cop Killer" knockoff); to his partnership with David Mays, co-owner of The Source, which he used to promote himself and his music associates in the pages of the magazine; to his relentless attack on Eminem and, by extension, Interscope Records in the name of racism; to his eventual termination from The Source by its board of directors in 2006 and the lawsuits that followed. Given all of the controversy associated with Benzino, his rap career was often written off as irrelevant, a mere byproduct of the power he held as an executive at The Source. Yet while his disrepute did in fact inflict irreversible harm upon his music career, especially his credibility, Benzino was a persistent rapper: no matter how many times his recordings failed to inspire a viable following, and consequently a major label that would continue to support him in the face of anemic sales and mounting controversy, he doggedly kept rapping and kept recording new albums, regardless of whether or not they fell upon deaf ears.

Originally known as Raydog (aka Ray Dogg), the Boston rapper/producer (born Ray Scott on October 24, 1965) began his rap career as part of the group Almighty RSO (i.e., Roxbury Street Organization, Real Strong Organization, Rock Sh*t On, Ray Scott Organization — take your pick). Comprised also of DJ Deff Jeff, Tony Rhome, and E-Devious, the Almighty RSO made their recording debut in 1986 on Boot Records with the The Greatest Show on Earth 12" single. The group's second release, the We'll Remember You 12" (1987), also on Boot, credited Raydog with production. The Almighty RSO was eventually signed in 1991 by Tommy Boy Records, which released the group's single "One in the Chamba" the following year. The song advocated self-defense in the face of police brutality; needless to say, the Boston police department and local law enforcement advocacy groups didn't appreciate the song, and in turn mounted a public relations campaign in opposition. Around this same time, in 1992, a nation-wide controversy had broken out over the Body Count song "Cop Killer," written and sung by rapper Ice-T. Warner Brothers, which had released "Cop Killer," responded to public pressure by pulling the song from the album on which it originated, Body Count, and dropping the group from the label. Tommy Boy, which was distributed by Warner Brothers, responded to the controversy in a similar fashion, dropping the Almighty RSO like a hot potato because of "One in tha Chamba."

Epic Records subsidiary Flavor Unit next signed the group, and the Almighty RSO flaunted their newfound infamy on their debut single for the label, "Badd Boyz," which appeared on the compilation Roll wit tha Flava (1993). The deal with Epic didn't last much past that one song, however, and RCA was the next label to give the group a shot, releasing the Revenge of da Badd Boyz EP in 1994. This deal was short-lived, too, and the Almighty RSO moved on to Rap-a-Lot Records for Doomsday: Forever RSO (1996). The full-length album, the group's first, boasted the single "You Could Be My Boo," featuring Faith Evans, and is notable for crediting David Mays, the group's manager, as one of the album's executive producers. At the time, Mays was publisher of The Source, a magazine he'd co-founded in 1988 with Jon Shecter, his dorm mate at Harvard University. In 1994 Mays had personally authored a three-age profile of the Almighty RSO that, against the wishes of his editorial staff — for obvious ethical reasons, as Mays was not only the group's manager but a close friend of Benzino — was printed under a false byline in The Source. To make a long, many-sided story short, much of the magazine's editorial staff quit in protest. (Benzino had allegedly told staffers that he would "put niggas in body bags" if his group wasn't given favorable coverage.)

Doomsday marked the end of the Almighty RSO, after which point Benzino formed the group Made Men (comprised of himself, Antonio Twice Thou, and Mr. Gzus) and the production team Hangmen 3 (comprised of himself, Jeff Two Times, and Johnny Bananas, the team had technically made their debut on Doomsday). Made Men debuted in 1998 on Restless Records with the single "Is It You? (Déjà Vu)," featuring Master P, and they also were featured on DJ Clue?'s The Professional (1998) shortly thereafter, with "Made Men." The full-length album Classic Limited Edition (1999) followed, along with a second single, "Just You and I." Whereas the Almighty RSO had been a group effort, Made Men was clearly a Benzino-helmed project: he was credited as executive producer, co-produced many of the tracks with Hangmen 3, and opened the album with "Benzino's Thoughts (Interlude)." Classic Limited Edition was met with critical praise from some corners, most notably The Source, which awarded the album four and a half (out of five) "mics" — a near-perfect rating. A Hangmen 3 album, No Skits, Vol. 1 (2000), was the next Benzino project unveiled, this one on Surrender Records; featuring a variety of Boston rappers from the Made Men and Wiseguys collectives, the album was highlighted by the song "Holla Back (Holla Boston)." As part of Hangmen 3, Benzino also earned credits on albums by Prodigy (producing the song "What U Rep" from H.N.I.C., 2000), Nas ("Stillmatic [The Intro]," Stillmatic, 2001), Cormega ("Verbal Graffiti," The True Meaning, 2002), and Raekwon ("Planet of the Apes," The Lex Diamond Story, 2003).

In 2001, Benzino was added to The Source's masthead as a co-owner and, signed to Motown, made his solo debut with The Benzino Project. The album spawned a pair of singles, "Boottee" and "Bang ta This," and featured a long list of high-profile guests, among them P. Diddy, Snoop Dogg, Bobby Brown, Pink, and Teddy Riley. The Source, of course, was supportive, though even the magazine's self-promotion couldn't compel consumers to purchase The Benzino Project, which sold only 75,000 copies total. Motown dropped Benzino months after the album's release. An article published in the December 2001 issue of GQ by Maximillian Potter may have had something to do with Motown's decision. In the article, titled "Getting to the Source," Potter detailed the magazine's lack of editorial integrity, drawing from accounts of former Source executives such as former music editor Reginald Dennis and co-founder John Shecter. In particular, Potter detailed Mays' longtime relationship with Benzino, including brushes with the law. The article presented a unfavorable view of both The Source and Benzino, thereby giving Motown all the more incentive beyond unsatisfactory sales to drop the suspect rapper (and request that the unrecouped balance of $773,000 be compensated with advertising space in the magazine). The master tapes to The Benzino Project went to Surrender Records, which re-released the album as The Benzino Remix Project in 2002. Though tagged as a "remix" album, it differed only slightly from the original Motown release: most notably, different versions of "Bang ta Dis," "Figadoh," and "Boottee" that featured different guests but the same beats.

With his reputation now in question, Benzino decided to attack Eminem. Truth be told, The Source had never been friendly to the white rapper; for instance, it gave his 2000 album The Marshall Mathers LP a measely two mics (out of five), which was such an outrage that the magazine had to re-rate the album at four mics after an avalanche of reader complaints. But Benzino made it personal with "Pull Up Your Skirt" (as in, "I'm gonna pull your skirt up, expose your true sex"; other choice lyrics including "The 2003 Vanilla Ice how you playin' it" as well as "You was Unsigned Hype [a Source accolade awarded to Eminem years prior] before you ever met Dre/I birthed your little career, now you owe your life to Ray/The five-mic giver, the Marshall Maggot ripper"). The song was included on Benzino's second album, Redemption (2002), which was released by a major label (Elektra) and spawned a pair of singles ("Rock the Party," "Would You") yet sold a mere 20,000 copies. Consequently, Elektra dropped the rapper with no delay. Meanwhile, The Source was publishing articles critical of Eminem (e.g., "The Unbearable Whiteness of Emceeing: What the Eminence of Eminem Says About Race"); in one issue, the magazine even included a pullout poster of Benzino holding up Eminem's severed head. Finally, Eminem responded with two songs, "The Sauce" and "Nail in the Coffin," the former attacking the credibility of The Source and the latter ridiculing Benzino as a rapper (e.g., "This motherf*cker, man, just won't shut up, will you?/Talk about I owe you; bitch, you owe me!/I'm promoting you right now/Man, let's put the nail in his coffin"). Not to be outdone, Benzino released the song "Die Another Day," where he compared Eminem to David Duke and Hitler; compared himself to Malcolm X; and warned Eminem's daughter that she might end up dead. The feud continued to escalate, to the point where Eminem finally sued The Source for defamation and copyright infringement.

The Eminem saga aside, Benzino released his third album, Arch Nemesis (2005), independently on ZNO Records. Mays, who supported the tarnished rapper through thick and thin, was credited as co-executive producer. The album featured contributions from Lil Jon, Scott Storch, and even 2Pac; the latest attack on Eminem ("Look Into My Eyes"); and the single "Wide Body." Still, the album sold roughly 10,000 copies, charting a further decline in Benzino's popularity and commercial appeal. Also in 2005, the downturn in advertising at The Source — as Interscope, Def Jam, Tommy Boy, Virgin, Motown, and Universal, among others, staged a boycott — was so damaging that Benzino announced that he would be stepping down from his post at the magazine. For a few days, that is, as Benzino returned to The Source within a week's time and offered a convoluted explanation for his actions. Upheaval at the magazine continued as Joshua "Fahiym" Ratcliffe, who had been appointed editor-in-chief in March, resigned in August after Mays and Benzino alledgedly directed him to downgrade the rating for Little Brother's The Minstrel Show. Also in 2005, former Editor-in-Chief Kimberly Osorio (i.e., Ratcliffe's predecessor) filed a lawsuit against The Source alleging sexual harassment, gender discrimination, defamation, retaliatory discharge, and maintaining a hostile work environment; she was ultimately awarded a judgment for $7.5 million, and The Source was forced to file for bankruptcy protection. Benzino was threatened with removal from the courtroom during the eight-day trail. In 2006 The Source's board of directors voted to remove Mays and Benzino from the magazine due to all the damage they'd wrought over the course of their tenure.

As dogged as ever, Benzino returned in 2007 with The Antidote, his attempt to re-establish his rap career. The album was independently released and featured the 1st 48, his new posse. Benzino also made his return to media, establishing the tabloid Hip Hop Weekly with Mays. ~ Jason Birchmeier 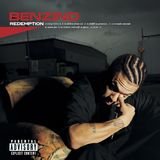 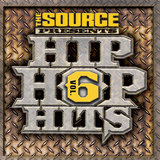 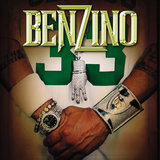 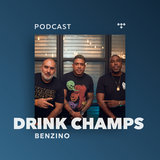 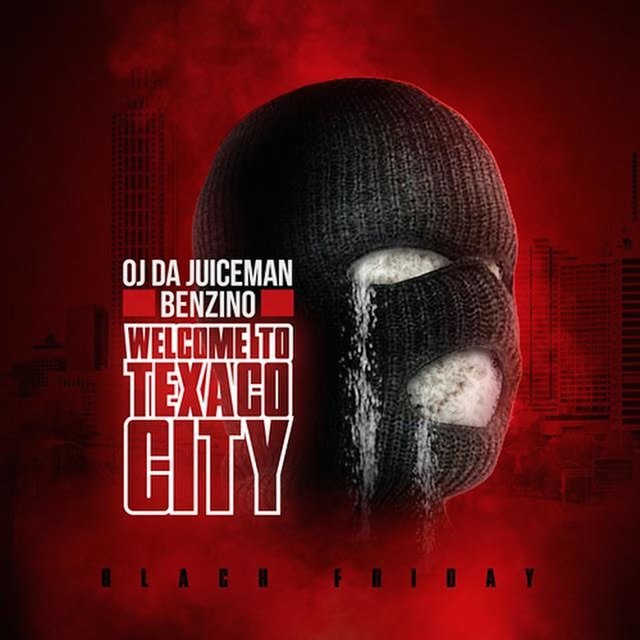 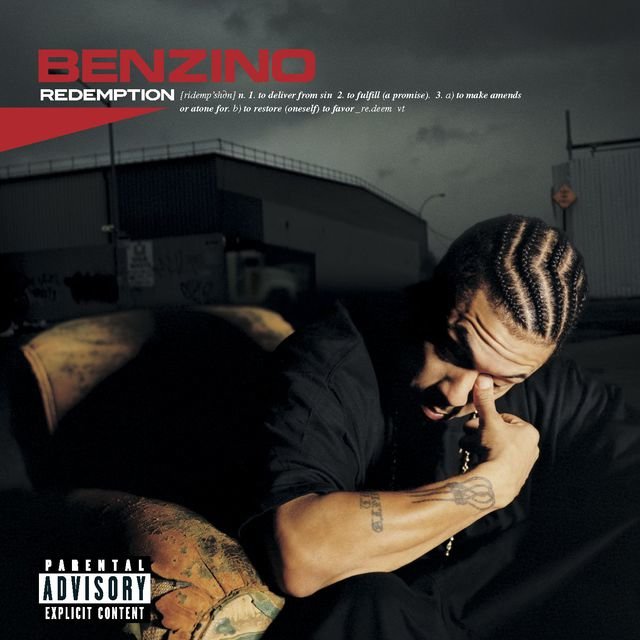 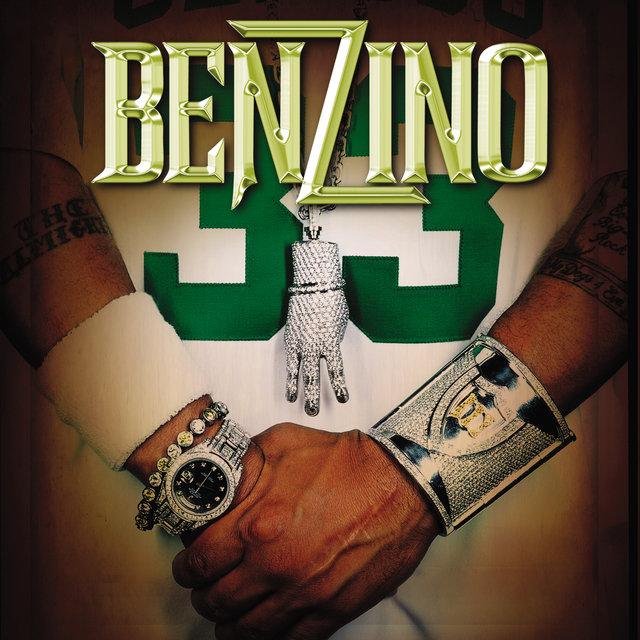 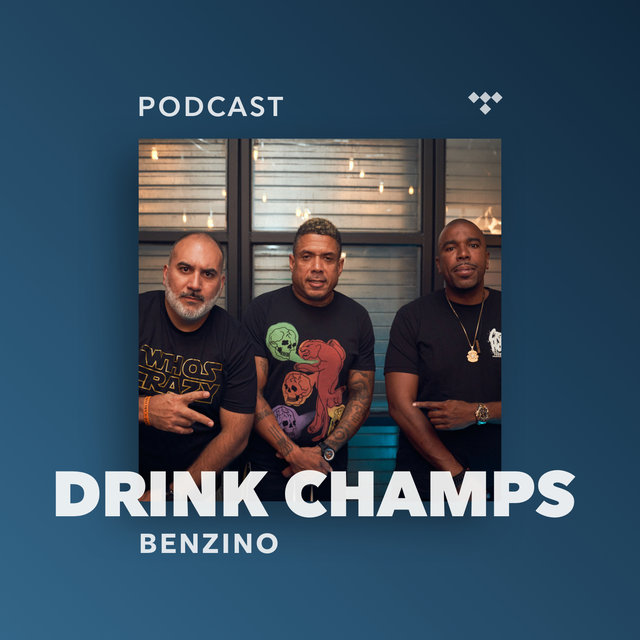 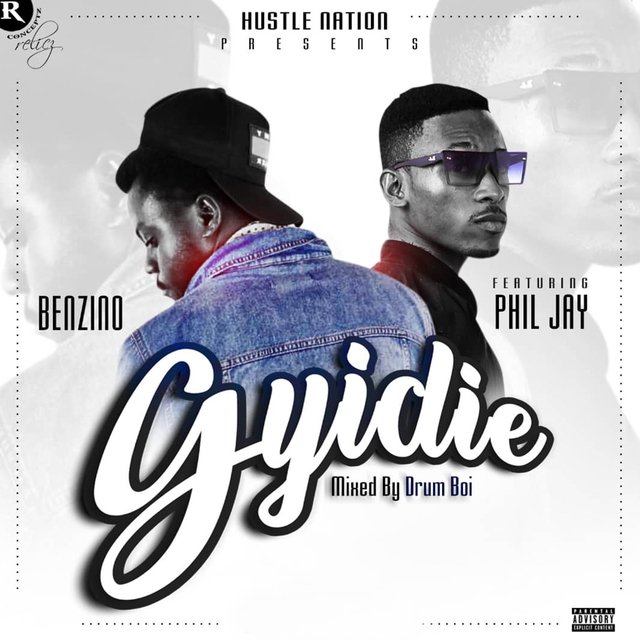 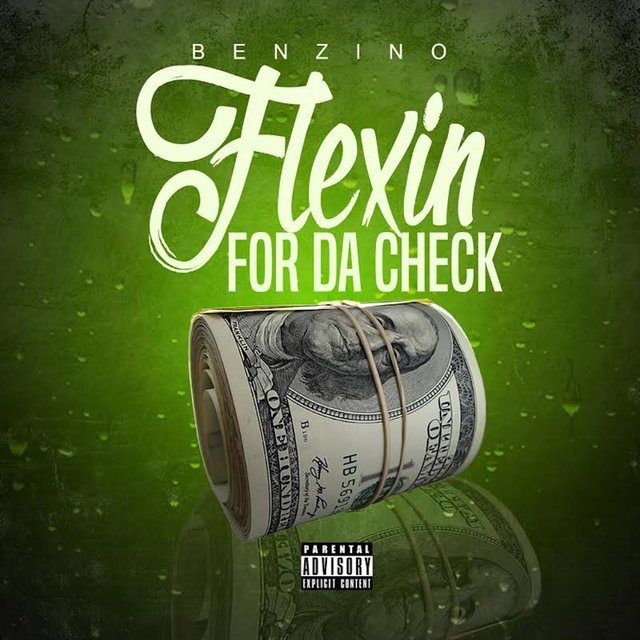 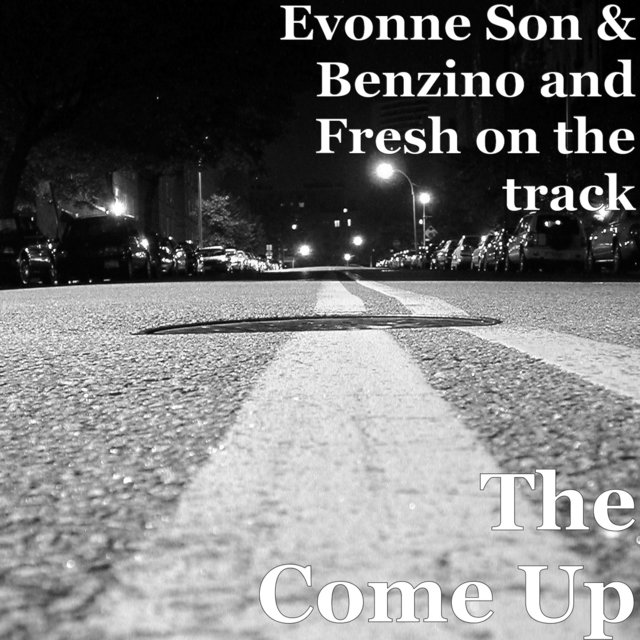 The Come Up
Evonne Son 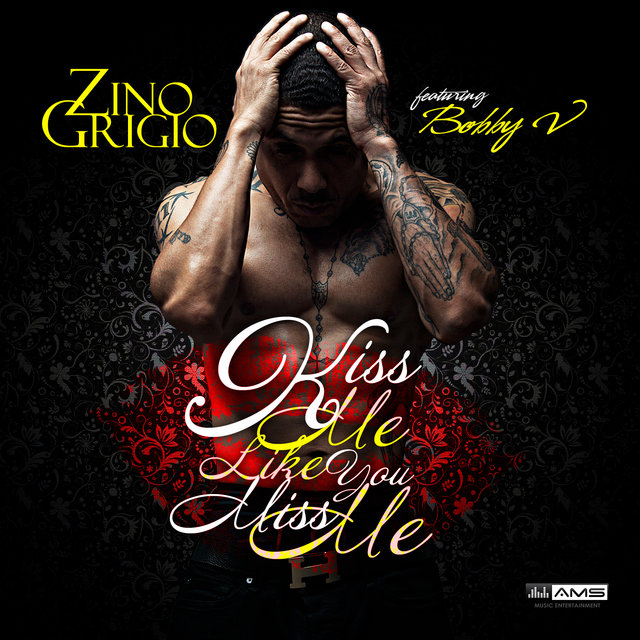 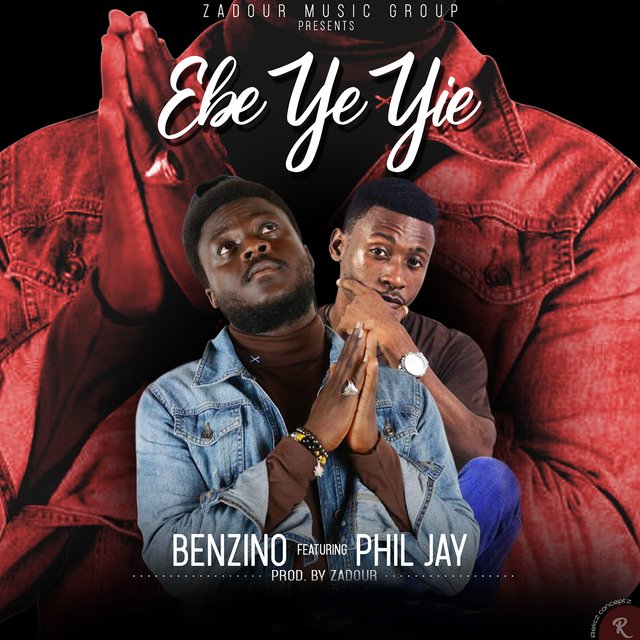 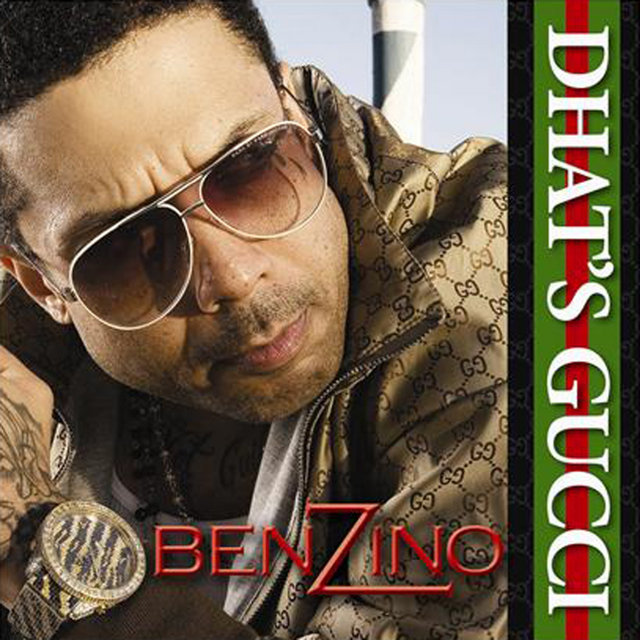 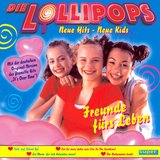 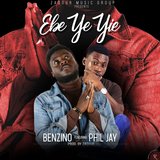 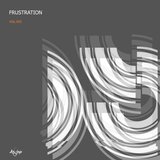 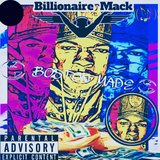 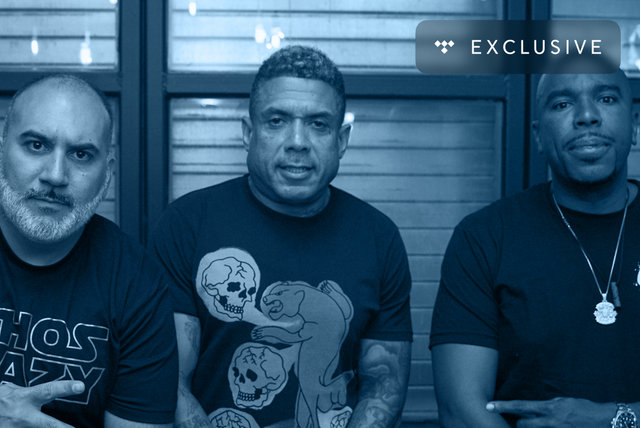