Producer/arranger Willie Henderson's versatile talents can be heard throughout the Brunswick Records catalog as well as a myriad of sides recorded during the '60s-'70s heydays of Chicago soul. Born August 9, 1941, in Pensacola, FL, Henderson's family moved to Chicago when he was a child. Taking up the baritone sax, he began backing Otis Rush and others while in his twenties. He also studied with another arranging legend, James Mack. After graduating from Crane Junior College, Henderson began playing around Chicago, backing Syl Johnson, Alvin Cash, and Harold Burrage. Henderson joined the Chicago branch division of New York-based Brunswick Records in 1968. Working with producer Carl Davis, Henderson arranged, produced, and played on records by the Chi-Lites, Jackie Wilson, Tyrone Davis, Barbara Acklin, and other Brunswick acts. He produced and arranged Tyrone Davis' "Can I Change My Mind" and another gold single, "Turn Back the Hands of Time"; the following year, Henderson co-wrote Johnny Williams' "I Made a Mistake." Three years later, Williams hit with "Slow Motion (Part 1)," a Top Ten R&B single for Gamble & Huff's Philadelphia International Records.

The pumped-up instrumental "Dance Master" was released on his Now Sound label in 1974. Henderson's other singles are "Funky Chicken (Part 1)," a single credited to Henderson and the Soul Explosions, "Break Your Back" b/w "Same," and "Gangster Boogie Bump" b/w "Let's Merengue." Henderson also produced Barbara Acklin's only charting, post-Brunswick singles and her LP A Place in the Sun.

In 1974, Henderson left Brunswick to become an independent producer. He began working with Essence, a male vocal group, and with songs written by Jim Peterek of Ides of March and later Survivor, Henderson got a deal for the group with Epic Records. The band released eight singles, with one 45 ("Sweet Fools") charting at number 91 R&B in the fall of 1975. Henderson continued working throughout the '70s, and during the '80s he released singles on his Now Sound label; by 1999, he had formed the Chicago Music Organization (CMO) in downtown Chicago and continued to produce, arrange, and occasionally perform with a band. ~ Ed Hogan 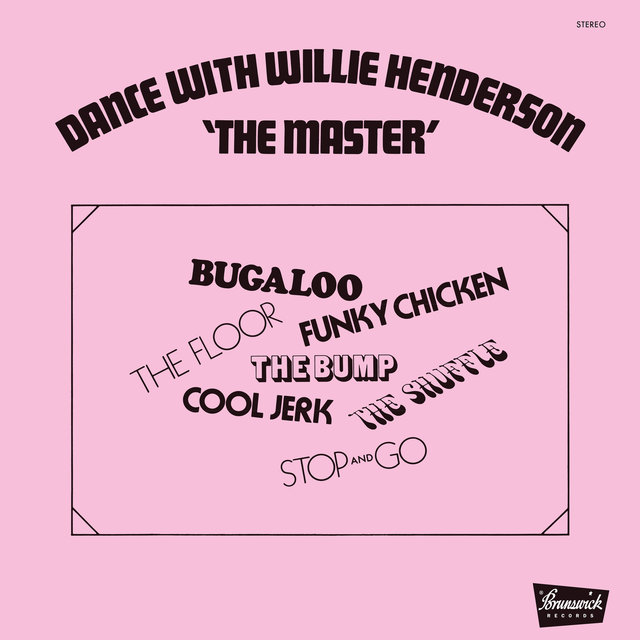 Ain't Nothing I Can Do (Album Version)

Give It Up (Turn It Loose)