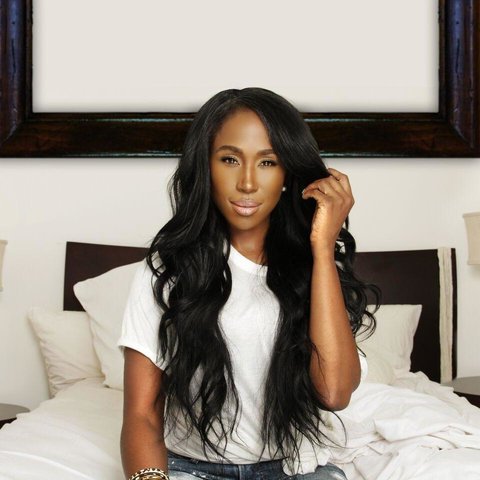 Her undeniable talent, incredible voice, and striking beauty are the reasons she stands out from the rest and the reasons why she’s had staying power in the fickle, precarious music industry. Since emerging on the scene, songstress and songwriter Tweet, born Charlene Keys, has been a favorite for R&B music lovers. Now, after a six-year hiatus, she is back with her third studio album Charlene, a testament to her professional, personal, and emotional evolution.

Charlene is more than just what some might call a “grown and sexy” album. It’s a soulful, beautifully candid album that showcases Tweet’s dynamic vocals, and her artistic writing ability. Charlene is food for the soul that will feed Tweet’s loyal fan base hungry for her return, and also pique the appetite of new fans with its powerful, expressive tracks delivered with passion and fervor, and a different, more mellow and poised sound than her previous hit albums, Southern Hummingbird and It’s Me Again.

It’s been quite an exhilarating and enlightening journey for Charlene Keys, who has carried the nickname Tweet since childhood. Born and raised in Rochester, NY, Tweet grew up in the church, sometimes attending service seven days a week, and it was in the pews that her love for music began. She sang in the choir for years as a child, played the drums in the church band, and even became part of a gospel group that performed all over Rochester. “I come from a family of musicians, pastors, and singers,” Tweet says. “My dad was always singing in a group, and my mom was in a group with her brothers and sisters. So I’ve always been around music. It’s always been part of my life.”

In 1993, Tweet auditioned for a spot in the R&B group Sugah, the brainchild of DeVante Swing of Jodeci, who came to Rochester looking for a replacement for one of the group’s members. Tweet won the audition and stayed with the group until 2000, although the group never released an album. The group was part of The Basement Crew which featured Missy Elliott, Timbaland, Magoo, Playa, and Ginuwine. Even after the group disbanded in 2000, Tweet stayed in touch with Missy. So when it came time for Missy to record her So Addictive album, she called Tweet and asked her to sing background vocals. While recording with Missy, Tweet played a song she’d written on her guitar which made Missy set up a meeting with Tweet and Sylvia Rhone, then CEO of Elektra Entertainment Group. It was at that meeting that Tweet landed a solo record deal.

Between 2002 and 2005, Tweet cranked out hit after hit, from her provocative premiere single “Oops (Oh My),” the catchy “Call Me” (which went on to be an anthem for Verizon ads) and the hypnotic “Smoking Cigarettes,” from her debut album Southern Hummingbird, to the sultry “Turn Da Lights Off,” featuring Missy Elliott from her sophomore album, It’s Me Again. Her vocals were also featured on several tracks for Missy, Ja Rule, Timbaland, and Bubba Sparxxx. “I was surprised at how quick I blew up,” remembers Tweet. “When I went to do the background vocals for Missy, I wasn’t expecting to get a record deal at the same time. I didn’t have time to take it all in. It was like a whirlwind and I rode the waves. I never wanted to be a solo artist; I’d always been in groups. I was the shy girl. I was really surprised at how quickly I was accepted as a solo artist. That was a great time in my life.”

The good times came to an end after Rhone left Elektra and the label merged with Atlantic Records, which wasn’t sure what to do with Tweet. With It’s Me Again having no support behind it and the relationship issues she was having at the time with her then-boyfriend, Tweet reached a low point. “I was crying every day, drinking every day, and smoking three packs of cigarettes a day. I went into a deep depression,” she says.

She managed to pick herself back up after seeing gospel artist Tonex perform “Make Me Over” on BET. “I heard Tonex singing that record and I fell on my knees and prayed to God and asked Him to do exactly what the song said, to make me over,” Tweet recalls. “That meant leaving the music business and getting myself together and that’s exactly what I did. I found a church home and started getting my life together spiritually.”

Tweet spent the next six years out of the limelight, although she did sign a deal with Jheryl Busby’s Umbrella Records in 2007, but sadly, Busby died while they were working on the album and getting ready to release the first single. In 2011, she then signed with DuBose Music Group, and quietly released the five-track EP Simply Tweet in 2013. But it was after running into eOne Music’s Phil Thornton in 2014, that the second-act of her career was about to begin.

She signed with eOne and got back into the studio with her longtime friends and producers Craig Brockman, Nisan Stewart, John "Jubu" Smith, and Charlie Bereal to record Charlene. From the first single “Won’t Hurt Me,” an anthem for women completely over a bad or ungratifying relationship, to the alluring “Magic” where Tweet croons in her angelic voice, “It must be magic/ Cuz what you do to me, I can’t understand it,” to “Neva Shouda Left Ya,” where Tweet sincerely regrets ending a relationship, lovers of pure R&B music will find themselves in sonic heaven. Missy also makes an appearance on the new album and the musical chemistry that she has with Tweet on the Timbaland-produced track “Somebody Else Will,” is quite evident and nostalgic. Because of the many gems on Charlene, it is the type of album that can be listened to all the way through, over and over again.

Tweet says that Charlene illustrates how much her personal and professional experiences have shaped her. “I’ve evolved as a woman and I am much more wiser now. As an artist, I’ve totally matured vocally,” says Tweet. “I’m comfortable with myself and I don’t care what anyone thinks anymore. I still write about what’s going on my life, but I will never compromise my creative freedom like I did on It’s Me Again.” With its throwback feel to it, Charlene is a creative, confident, and superbly produced album sprinkled with what influenced Tweet growing up. “With the state of music these days, I found myself falling out of love with it. So I had to go back to the basics, back to when and where I first fell in love with it,” says Tweet. “I had to go back to what influenced me to make music in the first place. That’s what you will hear on Charlene—gospel, Marvin Gaye and Aretha Franklin-inspired soul.”

Charlene Keys has come a long way. A few years ago, she was on the verge of giving up on the music business, but today she stands stronger than ever. A bolder, wiser, happier Tweet. She says her faith in God is what turned her life around. “There is not a day that goes by that I don’t talk to Him,” she expresses. “I’m not perfect and I don’t always do everything right, but because of Him, I’m still here and that’s an amazing blessing. He is my strength, my source, and I couldn’t have done any of this without Him.” 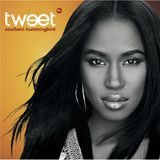 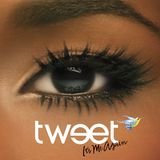 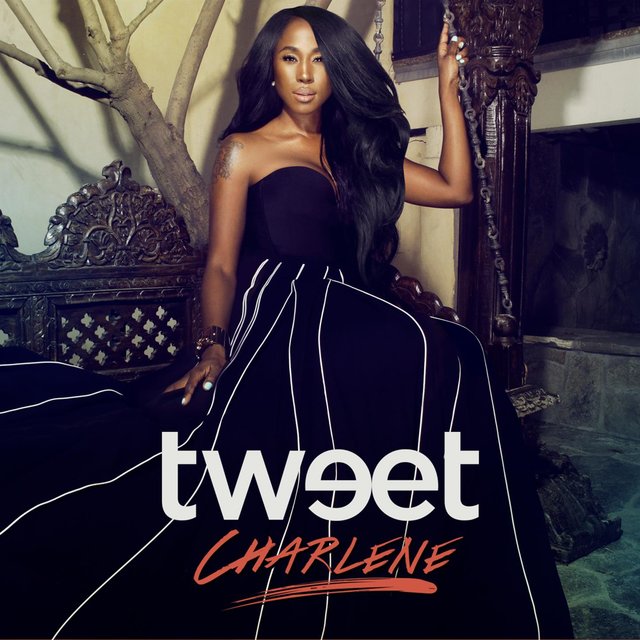 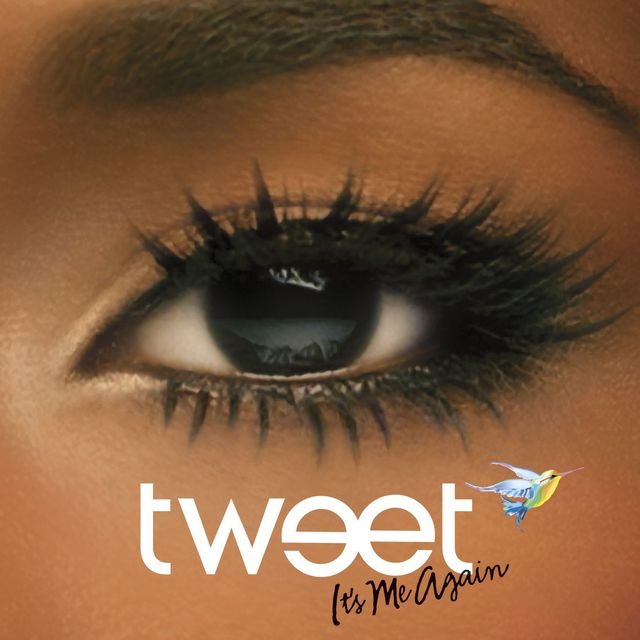 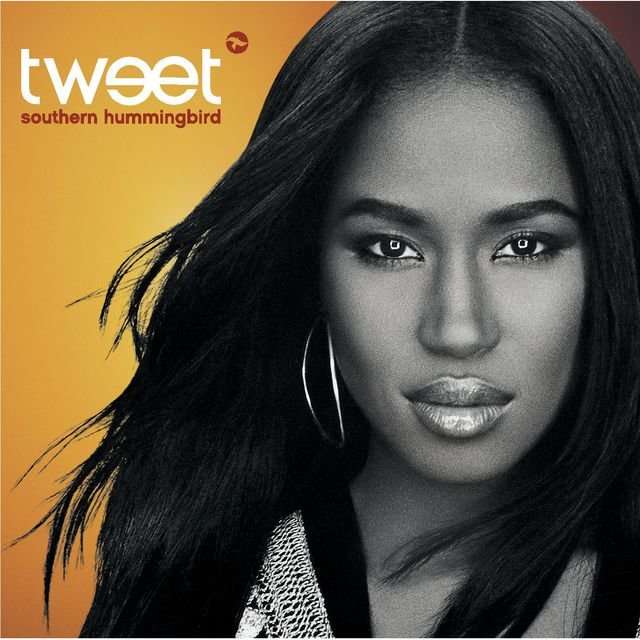 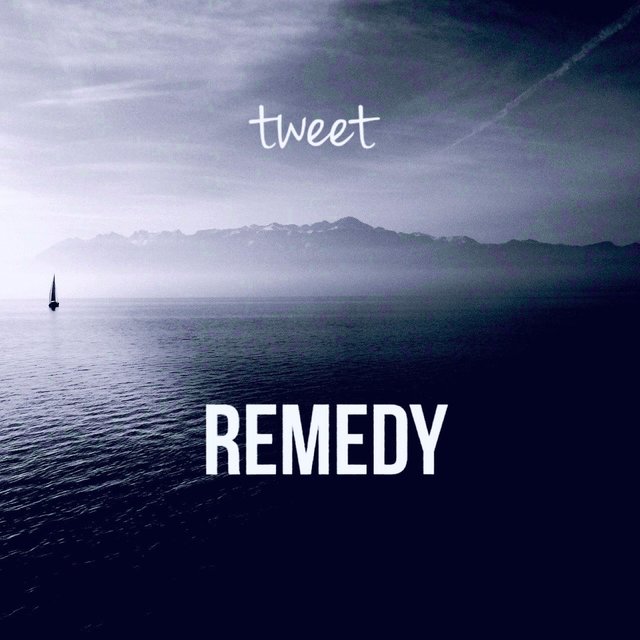 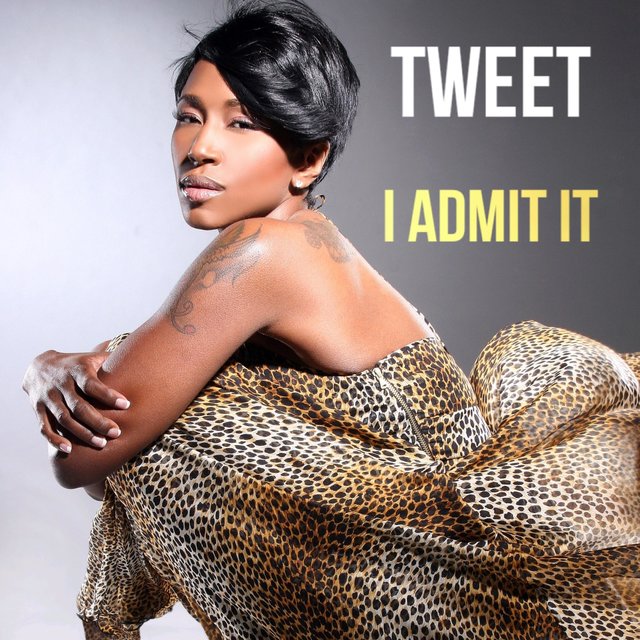 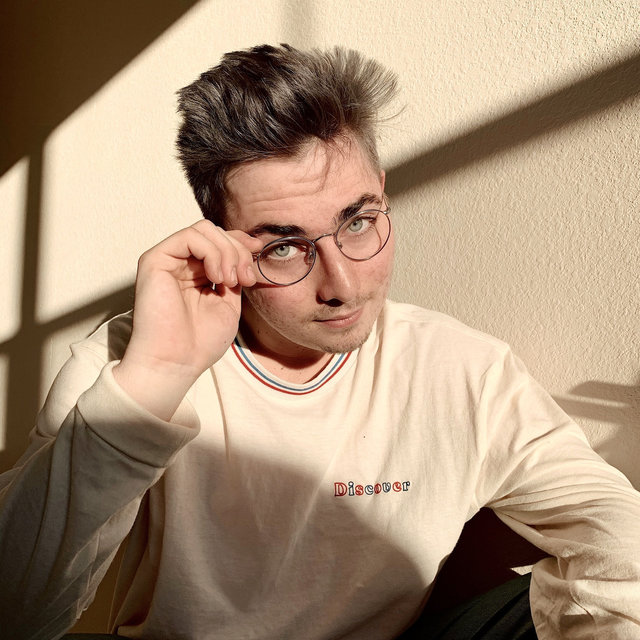 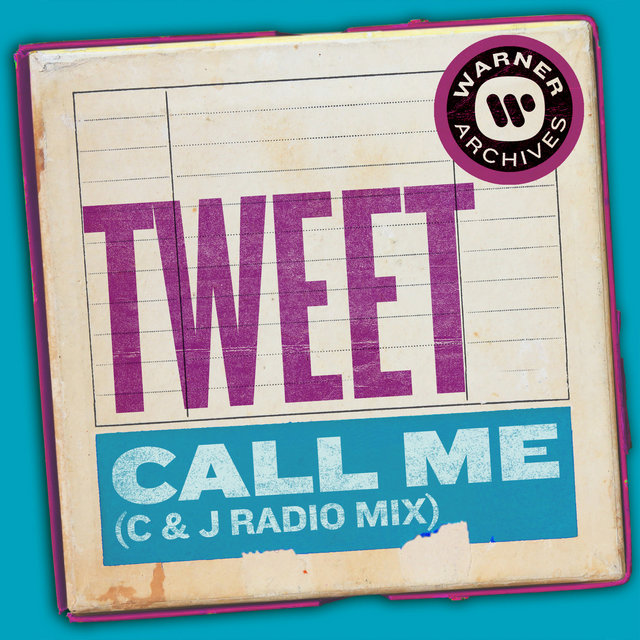 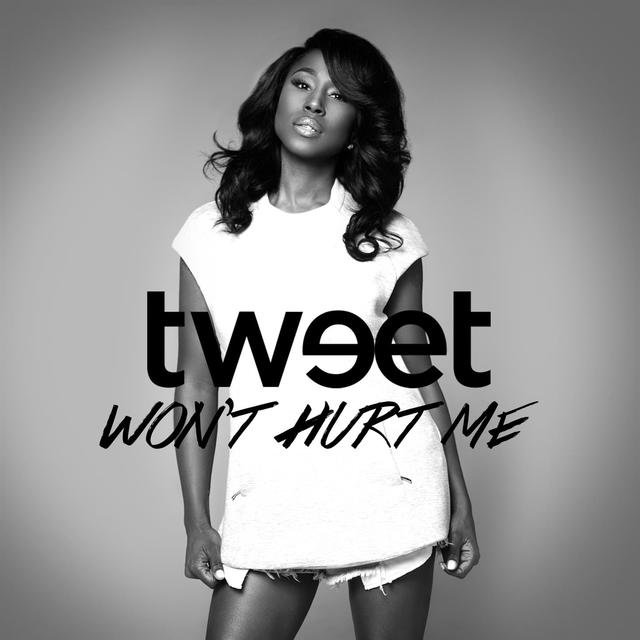 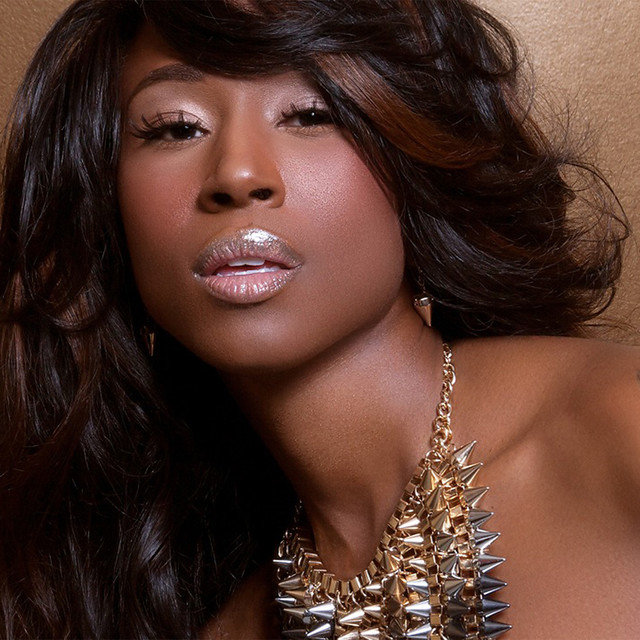 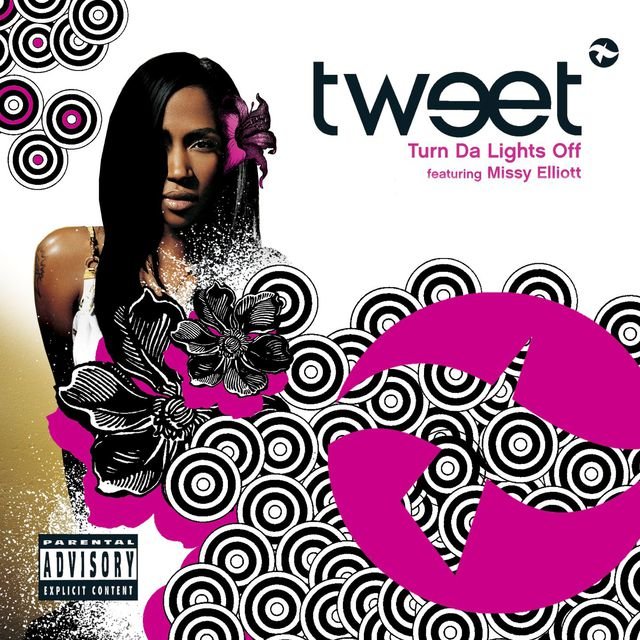 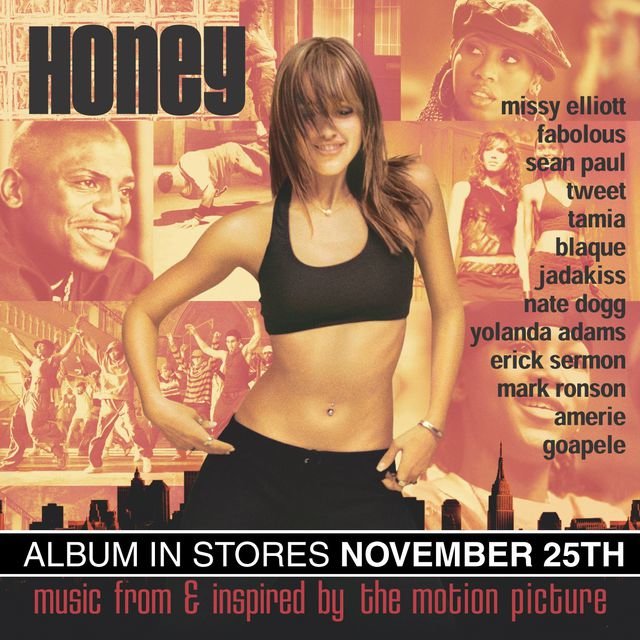 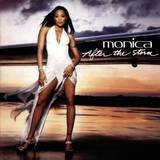 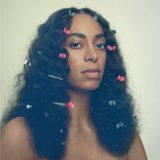