The rap world is no stranger to controversy, but the vast majority involves its recording artists, and perhaps an occasional outbreak of violence at a show. Yet, few industry figures ever attracted the kind of notoriety that Death Row Records label head Marion "Suge" Knight did. A particularly flamboyant and visible executive, Knight built Death Row into the biggest hip-hop label of the early '90s, thanks to a stable of talent that included Dr. Dre, Snoop Doggy Dogg, and 2Pac. Death Row brought gangsta rap to the top of the pop charts, and made the West Coast into the epicenter of '90s hip-hop. But along the way, Knight acquired a reputation for using threats of violence as a business tactic, and made little attempt to hide his gang connections. His public feuds with rivals and occasional run-ins with the law seemed to lend credence to his legend, and he was suspected by some of involvement in the murders of Tupac Shakur and the Notorious B.I.G.; though no allegations were ever proven, elaborate conspiracy theories swirled in the wake of police failure in both investigations. By that time, Knight was already serving hard time for a parole violation, which effectively crippled Death Row. He returned to the music industry upon his release, though it remains to be seen if he will ever enjoy a similar level of success.

Marion Knight was born April 19, 1965, in the tough Compton area of Los Angeles; his trademark nickname was short for "Sugar Bear." As a youth, he was involved with the Mob Piru Bloods street gang, and during his later years was frequently seen wearing their colors. However, he remained an excellent student and athlete, so much so that he won a football scholarship to UNLV, where he also made the dean's list. After school, he played professionally for the Los Angeles Rams for a short time, but couldn't quite make the grade. Instead, he found work as a concert promoter and a bodyguard for celebrities including Bobby Brown. Knight first ran afoul of the law in 1987, when he faced auto theft, concealed weapon, and attempted murder charges, but got off simply with probation. Two years later, he formed his own music-publishing company, and allegedly made his first big money in the business by coercing Vanilla Ice into signing over royalties from his smash album To the Extreme, owing to material that he supposedly sampled from one of Knight's company creations. (The apocryphal story holds that Knight held Ice by his ankles off of a 20th-floor balcony, though in Ice's version, the threat was more implied.)

Knight next formed an artist management company and signed prominent West Coast figures the D.O.C. and DJ Quik. Through the former, he met several members of the seminal gangsta rap group N.W.A., most notably budding superproducer Dr. Dre. Jumping into the royalty disputes between N.W.A. and their label, Ruthless, Knight negotiated a contract release for Dre that, according to N.W.A.'s Eazy-E and manager Jerry Heller, involved Knight and his henchmen threatening the two with pipes and baseball bats. Whatever the methods actually were, Dre co-founded Death Row Records in 1991 with Knight, who famously vowed to make it "the Motown of the '90s." For a time, Knight made good on his ambitions: He secured a distribution deal with Interscope, and Dre's solo debut, The Chronic, became one of the biggest-selling and most influential rap albums of all time. It also made a star of Dre's protégé, Snoop Doggy Dogg, whose debut album, Doggystyle, was another smash hit. As Dre's signature G-funk production style took over hip-hop, Death Row became a reliable brand name for gangsta fans, and even its lesser releases sold consistently well.

However, Knight was already courting controversy. During the 1992 sessions for The Chronic, he was arrested for assaulting two aspiring rappers who allegedly used a phone without his permission, and placed on several years' probation. Meanwhile, Death Row had begun a public feud with Miami rapper Luke (2 Live Crew's Luther Campbell), and when Knight traveled to Miami for a hip-hop convention in 1993, he was allegedly seen openly carrying a gun. The following year, he opened a nightclub in Las Vegas called Club 662, so named because the numbers spelled out "MOB" — his gang affiliation — on telephone keypads; he also pleaded no contest to firearms trafficking charges, and was sentenced yet again to probation. In 1995, he ran afoul of activist C. Delores Tucker, whose criticism of Death Row's glamorization of the gangsta lifestyle helped scuttle a lucrative deal with Time Warner. Additionally, Knight's feud with East Coast impresario Sean "Puffy" Combs took a nasty turn when Knight insulted the Bad Boy label honcho on the air at an awards show. However, the year was partially redeemed when Knight offered to post a hefty bail for Tupac Shakur if the troubled rapper agreed to sign with Death Row. Shakur agreed, setting the stage for 1996's blockbuster double album All Eyez on Me and the smash hits "California Love" and "How Do U Want It."

2Pac temporarily helped Death Row stay on top of a marketplace that was already shifting back toward the East Coast, which had devised its own distinct brand of hardcore rap. However, the label suffered a major blow when Dr. Dre, frustrated with the company's increasingly thuggish reputation, decided to leave and form his own label. A stream of Dre-dissing records followed, but things turned tragic later in 1996, when Tupac Shakur was murdered in a drive-by shooting — a passenger in a car driven by Knight. When Shakur's East Coast rival, the Notorious B.I.G., was murdered in a similar fashion in early 1997, speculation immediately arose that Knight was somehow involved, that the killing was revenge. To date, both murders remain unsolved, but the investigations exposed a web of connections between Death Row Records, gang members who worked there, and LAPD officers who sometimes worked security for the label and its artists during their off hours. Moreover, Knight's story in the aftermath of Shakur's death was questionable: Medical reports contradicted Knight's claim that a bullet from the attack had lodged in his skull, and he also said in an interview that even if he knew who murdered Shakur, he wouldn't rat anyone out to the police.

Videotape at the Las Vegas hotel where Knight and Shakur had been watching a boxing match prior to the murder showed an altercation with Crips gang member Orlando Anderson, who some believe was the eventual triggerman. Knight's involvement in the fight violated the terms of his probation. Moreover, it was revealed that Knight's light sentence may have involved a conflict of interest on the part of prosecutor Lawrence Longo, who rented out a Malibu home to Knight and even had his teenage daughter sign a recording contract with Death Row. Knight was sentenced to nine years in prison, which effectively spelled the end of his Death Row empire. During his time in prison, Knight's home was burglarized, and police seized a vehicle at the Death Row offices thought to be the getaway vehicle in the Biggie Smalls murder. He was released in August 2001 after serving around five years, and immediately went back to work, retooling his label as Tha Row and searching for new talent. (Lisa "Left Eye" Lopes actually signed a contract shortly before her tragic death in a car accident.) In late 2002, police raided Tha Row's record offices and several of Knight's homes looking for evidence in two gang slayings. Only Knight's associates were implicated in the crimes, but consorting with gang members was another parole violation, and Knight was briefly jailed again; he was eventually sentenced to 200 hours of anti-gang community service. ~ Steve Huey 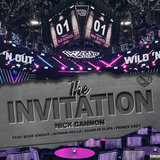 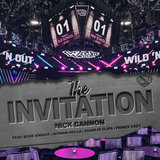 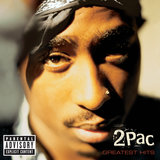 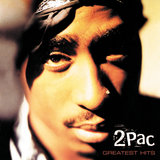 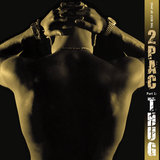