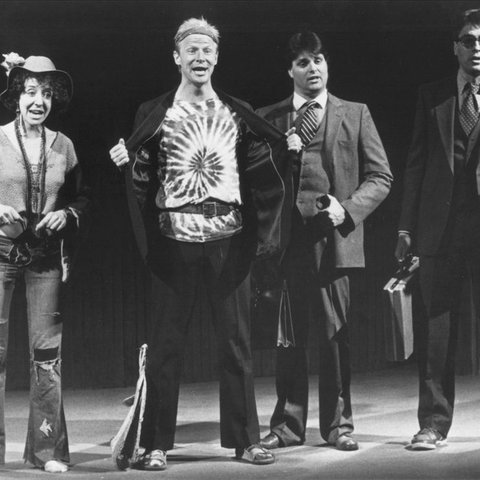 A session fiddler with hundreds of credits — and dozens of bands in which he has performed — Richard Greene's most famous period was the 1960s, when he played with both Bill Monroe's Blue Grass Boys and Seatrain. He was born November 9, 1942, in Los Angeles, where he studied classical violin beginning at the age of five. By the time he entered high school, though, Greene switched his focus to folk music. He entered the University of California-Berkeley in 1960, and began playing in the Coast Mountain Ramblers and later the Dry City Scat Band. After college, Greene took a job in real estate, but also played with the Pine Valley Boys in San Francisco. On a trip to New York in 1964, he met Bill Keith of the Blue Grass Boys, and the association influenced Monroe's decision to hire the youngster two years later. Greene played at the Grand Ole Opry with Monroe and appeared on his Decca album Bluegrass Time.

After only one year with the Blue Grass Boys, Greene joined the Jim Kweskin Jug Band — which also included Keith plus Geoff and Maria Muldaur — and played on that band's 1968 album Garden of Joy. Not content to stay in one place, he split for California after one year and joined the Blues Project, which then evolved into Seatrain. Greene stayed for over three years, playing on the band's self-titled 1969 album for A&M, another self-titled LP for Capitol two years later, and 1972's Marblehead Messenger. With Eric Weissberg, Jim Rooney, and old friend Keith, he then formed the Blue Velvet Band, which recorded only one album, Sweet Moments. Greene spent the rest of the '70s playing with James Taylor, Emmylou Harris, Rod Stewart, Muleskinner, Taj Mahal, David Grisman, and Loggins & Messina, in addition to recording three albums as a solo act with his backing band, the Zone. The first two, Duets (1977) and Ramblin' (1979), appeared on Rounder, while 1980's Blue Rondo was released on the Sierra label. An early-'80s tour of Japan with Tony Trischka and Peter Rowan was documented on the Japanese Nippon label by Bluegrass Album and Hiroshima Mon-Amour (both 1980). ~ John Bush

What Are You Waiting For