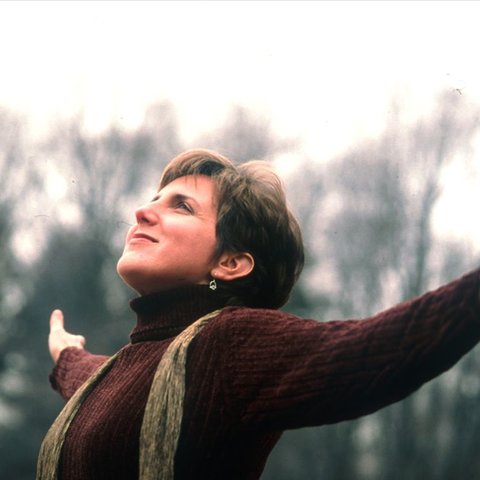 Dawn Upshaw is a leading American soprano, known for her exceptional interest in contemporary music, and is highly active as a recitalist. She was raised in Park Forest, Illinois, and attended college at Illinois Wesleyan University, graduating with a Bachelor of Arts in 1982. She went to New York to study voice with Ellen Faull at Manhattan School of Music, earning her Masters Degree there in 1984. Success came very quickly. She won 1984's Young Concert Artists Auditions, after which James Levine, Music Director of the Metropolitan Opera, invited her to join the Metropolitan Opera Studio. In 1985 she was co-winner of the Naumburg Competition in New York. Her initial operatic appearances there were as minor characters. Her first professional recital was in Alice Tully Hall in New York in 1986. The recital drew acclaim not only for the quality and intelligence of her singing, but for the uniquely informed and adventurous choice of repertoire.

Soon she was receiving leading roles in opera, and has appeared in many of the world's major operatic venues. Her leading roles include all leading roles in all the major Mozart operas, Sophie in Massenet's Werther, both Constance and Blanche in Poulenc's Dialogues des Carmelites, Mélisande in Debussy's Pelléas et Mélisande; the Angel in Messiaen's St. Françoise d'Assise, and Ann Trulove in Stravinsky's The Rake's Progress. She created the role of Daisy Buchanan in John Harbison's The Great Gatsby in its world premiere at the Met, and the title role in Kaija Saariaho's Clemence at the Salzburg Festival. Her portrayal of Handel's Theodora in 1996 at the Glyndebourne Festival Opera, a production directed by Peter Sellars, was a triumph.

Even so, it is on the recital stage that she has gained her greatest stardom. She reserves two-thirds of her time for recitals. On the concert stage she has a natural charm and lack of pretension that engages the audience, qualities that are said to carry over offstage where she is called a "diva who doesn't act like one." She has sung on many of the main recital stages of the world, including the Theatre Champs Elysées in Paris, London's Wigmore Hall, and the Amsterdam Concertgebouw. She is prized for her work in French chanson and American art song, and she has strongly supported the work of John Harbison. She has appeared in stagings of Bach's Cantata BWV 199 (directed by Sellars) and George Crumb's Ancient Voices of Children (staged by Bill T. Jones). Her orchestral song repertoire includes works by Mahler, Canteloube, and Ravel, Lukas Foss's Time Cycle, and Henryk Gorecki's Symphony of Sorrowful Songs.

She records for Nonesuch Records. Her release of the Gorecki Symphony is an international hit, with over half a million copies sold, a phenomenal total in classical music. Her discs have won several Grammy awards. On television she appeared in "Christmas at the White House" in the USA, and on a live telecast on the BBC of her London Proms Concert appearance, "Dawn at Dusk." She sings American popular and musical theater songs with freedom and understanding of the style. She sings this repertoire in concerts to benefit Classical Action, which promotes AIDS research. She frequently appears with pianists Richard Goode, Margo Garrett, and Jerome Duclos, the Kronos and Arditti Quartets, and the Chamber Music Society of Lincoln Center. 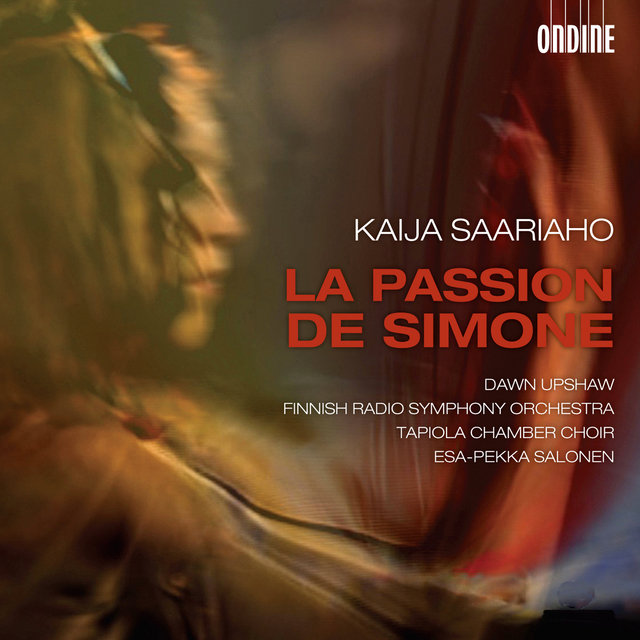 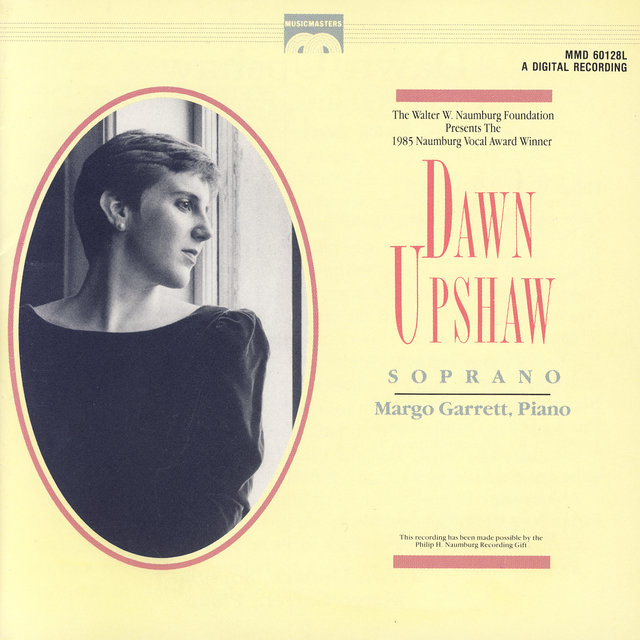 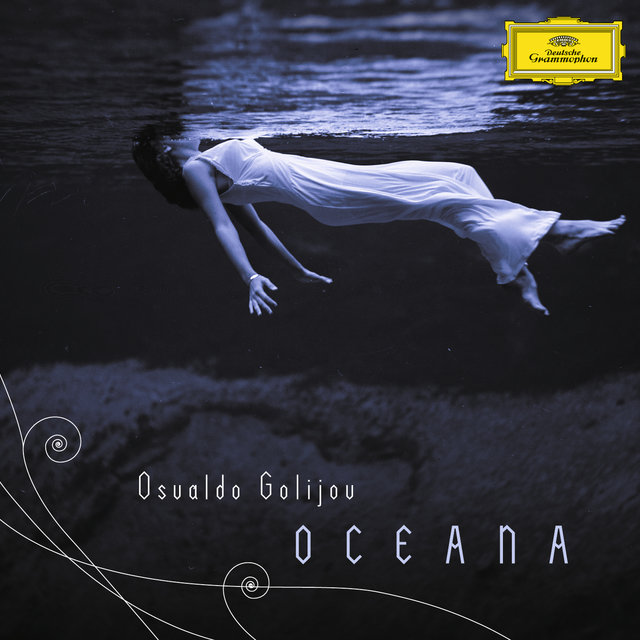 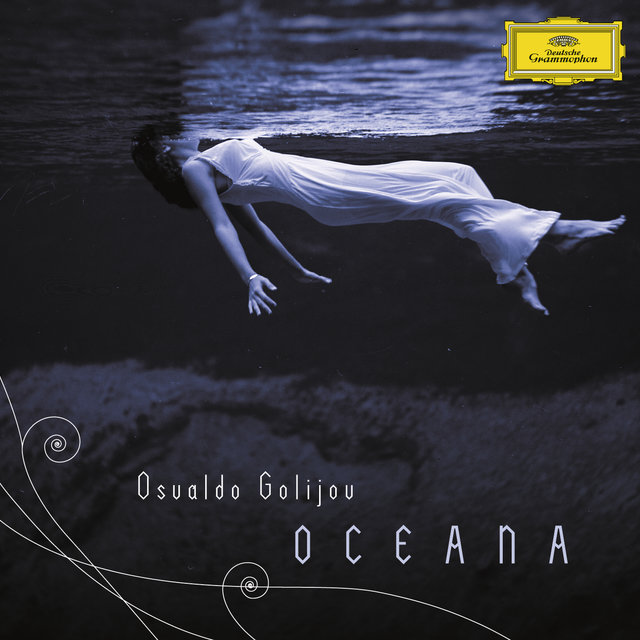 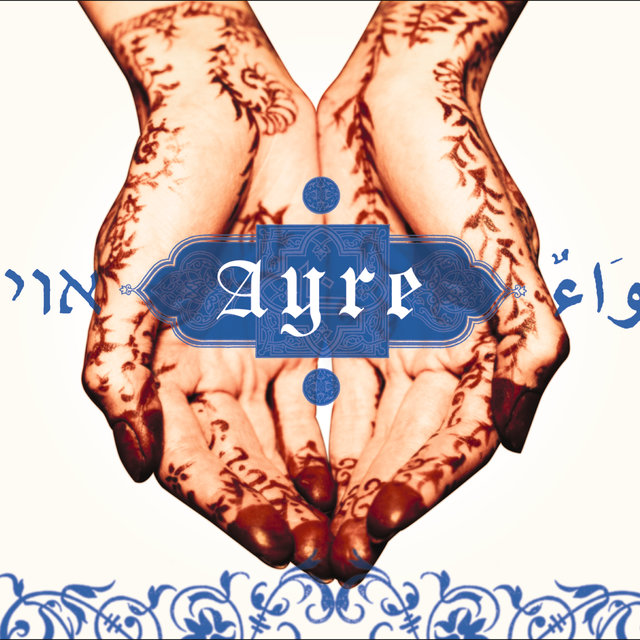 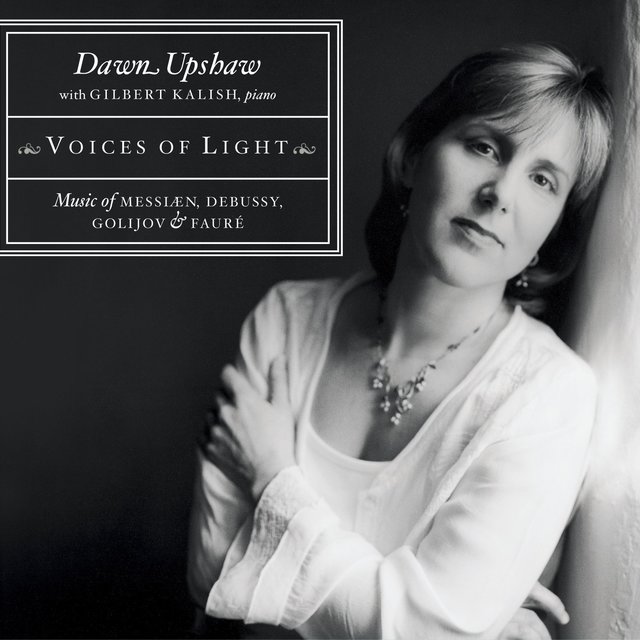 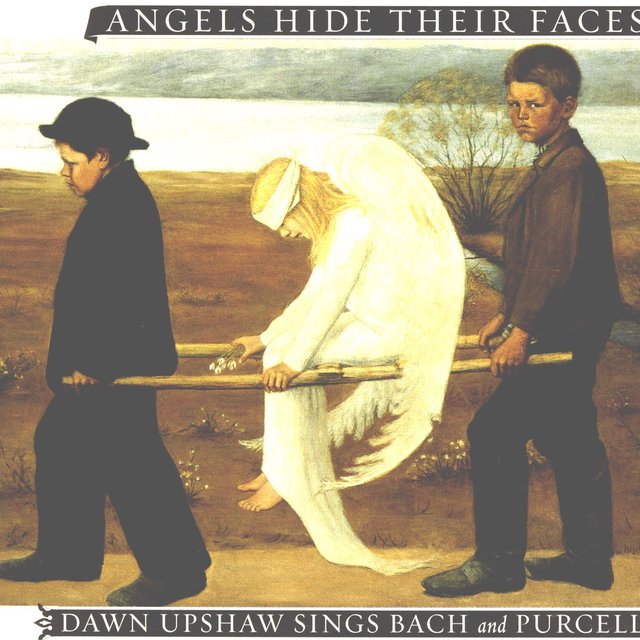 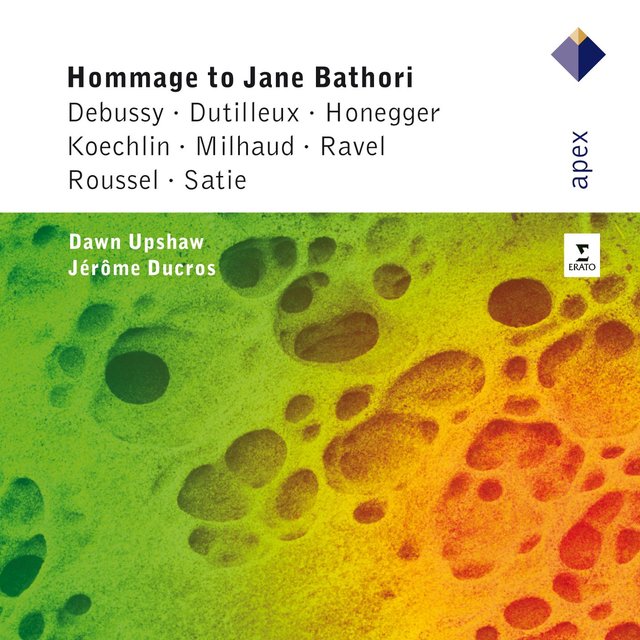 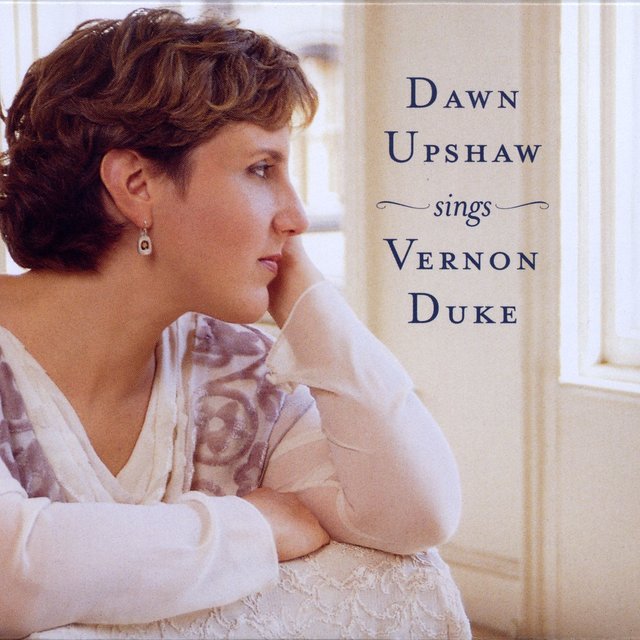 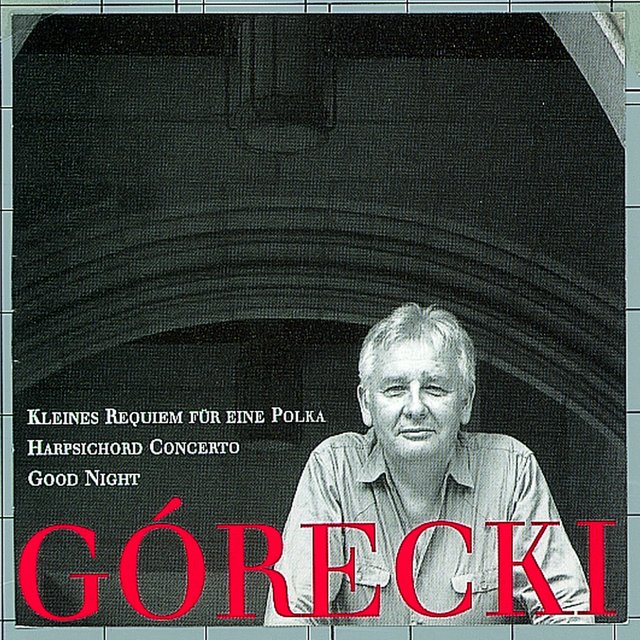 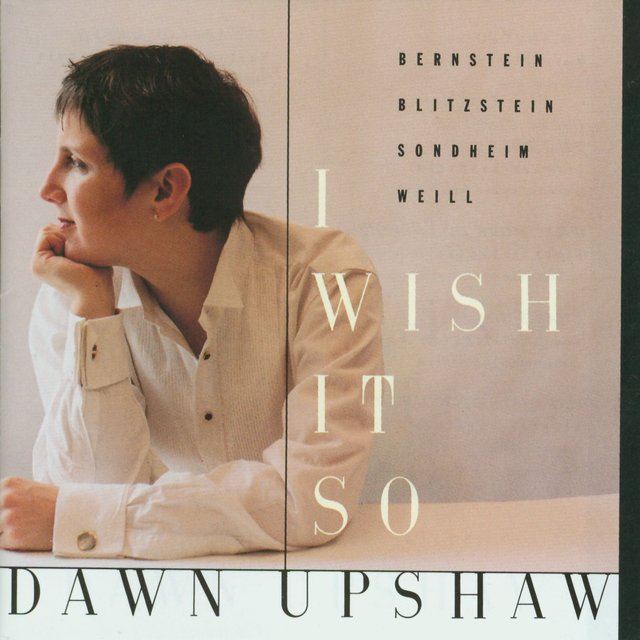 I Wish It So
Dawn Upshaw 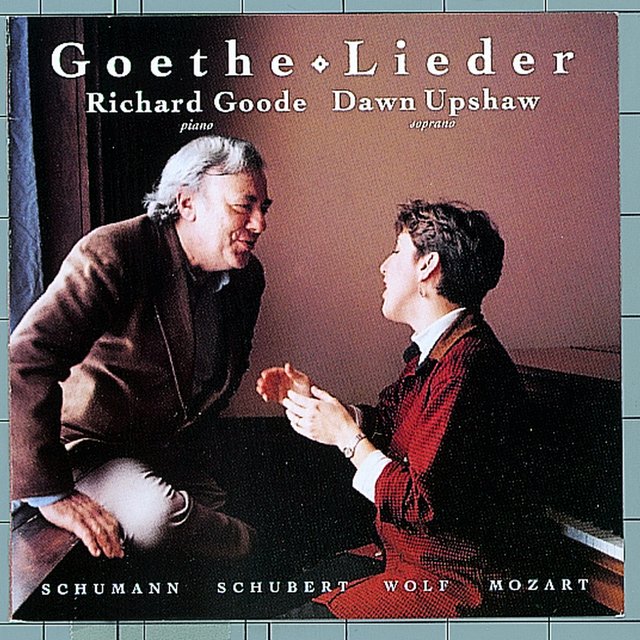 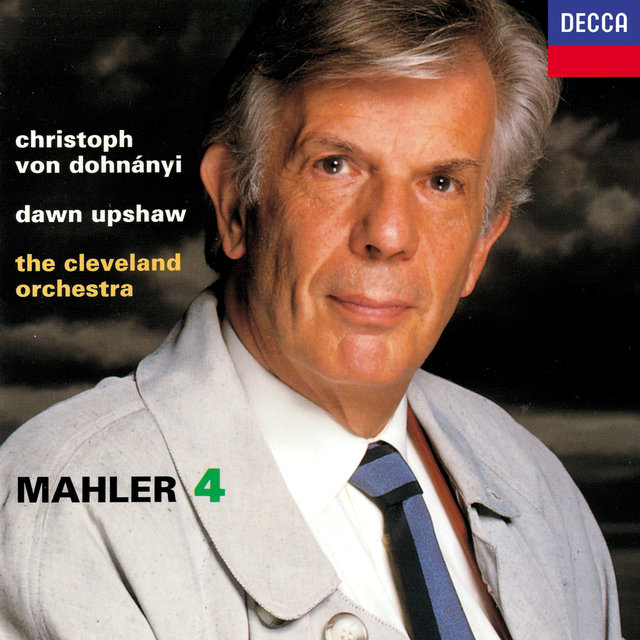 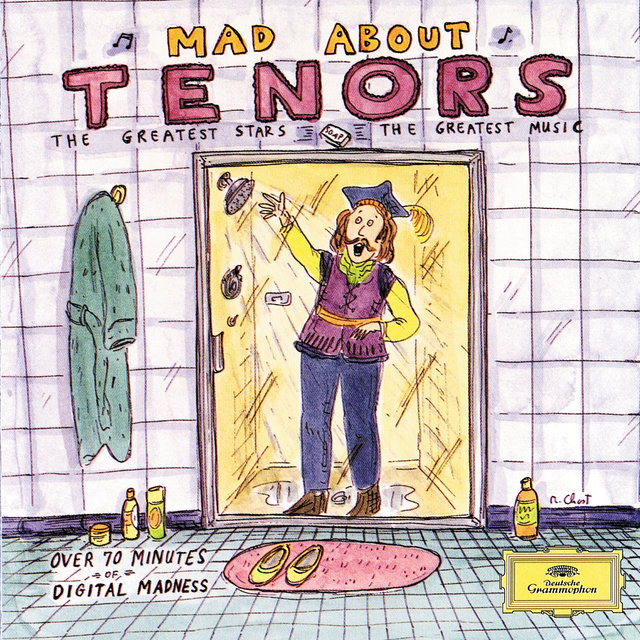 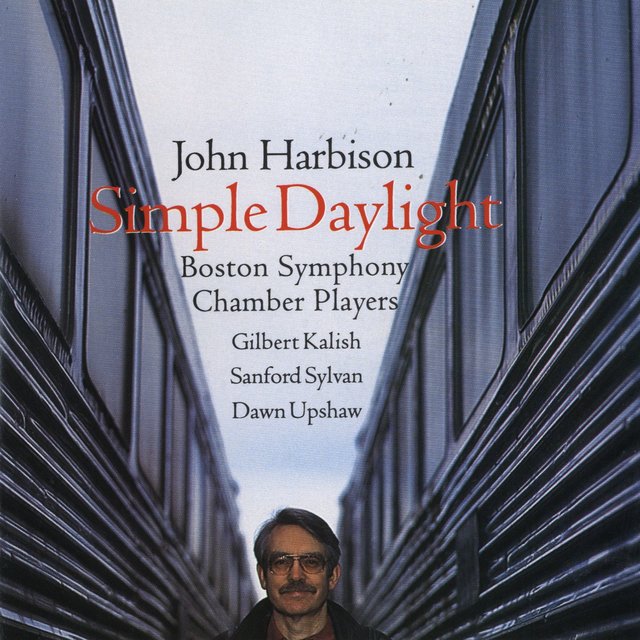 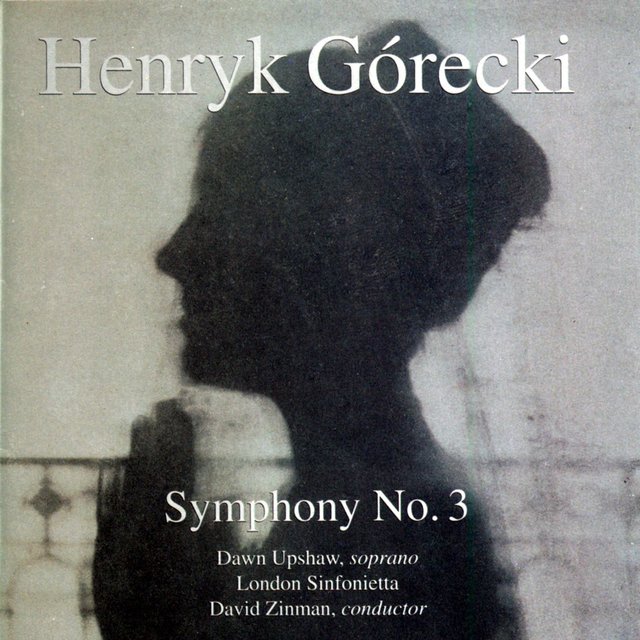 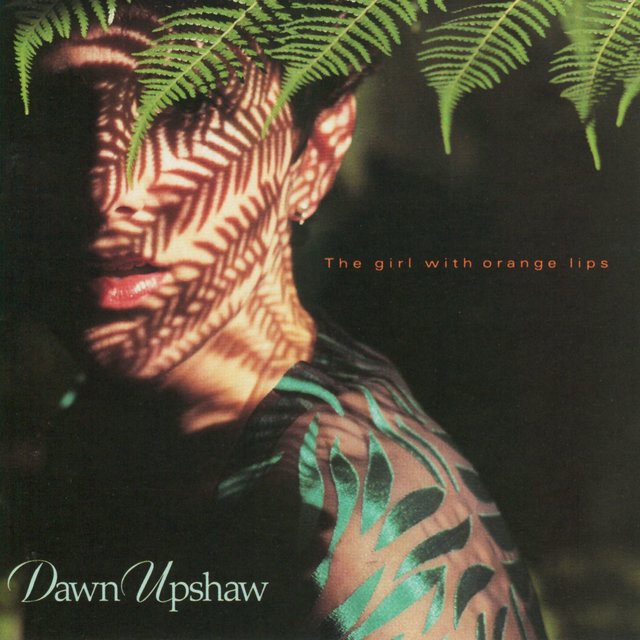 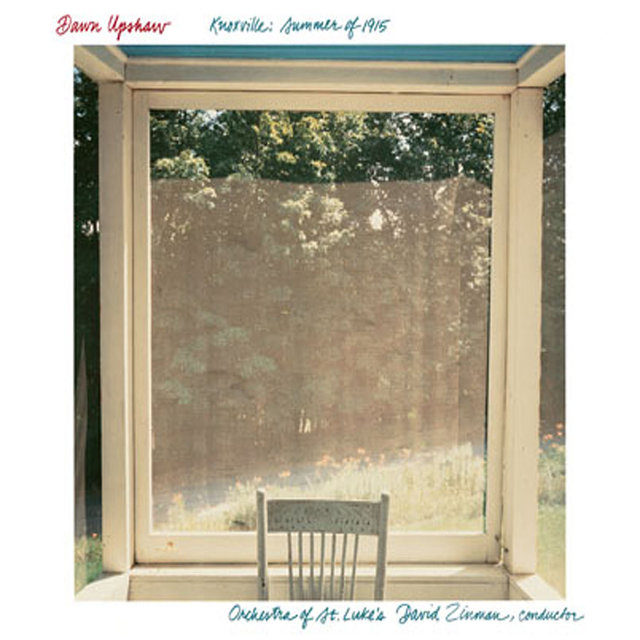 This is the Truth Sent from Above