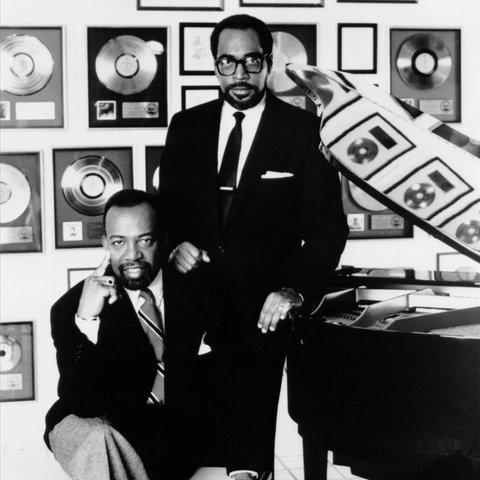 This exceptional songwriting and production team first met while working on ‘The 81’, a 1964 single by Candy And The Kisses. Leon Huff (b. 1942, Camden, New Jersey, USA), an established session musician, played piano on the recording, while the songwriter Kenny Gamble (b. 11 August 1943, Philadelphia, Pennsylvania, USA) was also a member of the Romeos, a Philadelphia group Huff would later join. The duo achieved a US Top 10 hit in 1967, producing ‘Expressway To Your Heart’ for the Soul Survivors. However, their work with the Intruders (‘(Love Is Like A) Baseball Game’) gave a better indication of subsequent developments. The homely lyrics, tightened rhythm and sweetening strings, so prevalent on the team’s later recordings, were already present on these 1968 recordings. Gamble and Huff productions also provided hits for Archie Bell And The Drells (‘I Can’t Stop Dancing’), Jerry Butler (‘Only The Strong Survive’) and, later, Wilson Pickett (‘Don’t Let The Green Grass Fool You’).

Having disbanded their Excel and Gamble outlets, the duo formed a third label, Neptune, where they pieced together an impressive roster of acts, many of whom were retained when its successor, Philadelphia International Records, was founded in 1971. This definitive company was responsible for many of the decade’s finest soul singles, including ‘If You Don’t Know Me By Now’ (Harold Melvin And The Blue Notes), ‘Backstabbers’ (the O’Jays) and ‘Me And Mrs Jones’ (Billy Paul). Gamble and Huff had, by now, defined their art. Their music formed a natural stepping-stone between Tamla/ Motown Records and disco, but this pre-eminent position was undermined by a 1975 payola scandal that accused the label of offering bribes in return for airplay. Although the charges against Huff were dismissed, Gamble was fined $2, 500. By coincidence or not, the pair’s work suffered following the indictment. Their records became increasingly formula-bound, imitative of a now-passing golden era, but lacking flair and innovation. Their last consistent commercial success came with Teddy Pendergrass, but the singer’s horrific car accident forestalled his career. McFadden And Whitehead’s 1979 single, ‘Ain’t No Stoppin’ Us Now’, was a proud promulgation, but the Philly-soul sound was unable to adapt to the new decade. Nonetheless, Gamble and Huff remain one of the most important, and successful, writing/production teams to emerge from black music. 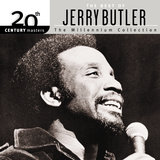 Never Give You Up

What's The Use Of Breaking Up (Album Version)