One of two opera companies located in the London area, the English National Opera can trace its roots back to the establishment of an Old Vic-based theater company in 1912 by Lilian Baylis. The company would go on to become the Vic-Wells Opera Company in the 1930s, before spending the Second World War traveling the nation in hopes of raising spirits and morale. In the '60s, the Sadler's Wells Opera moved to the London Coliseum, and in 1974 was renamed the English National Opera. Presenting works at a more reasonable price than some other companies, the English National was famous for its theatrical style, and for performances in English. The company has had a number of prominent directors, the most recent being Edward Gardner, appointed in 2007. ~ Chris True 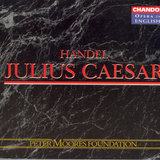 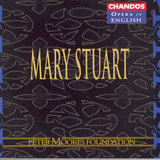 Maria Stuarda (Mary Stuart) [Sung in English], Act I: If fortune one day should send to me … [Elizabeth]