Earl Kim was a major American twentieth century composer whose typically gentle sonorities, sparse instrumentation, and sense of mystery gave his often eclectic music a unique character. He wrote both in tonal and atonal styles, often mixing them, and had a particular fondness for setting texts of Samuel Beckett, especially in larger works, like his one-act opera Footfalls.

Kim was born in Dinuba, CA, on January 6, 1920, the third son of Korean immigrants. While he began music studies relatively late — first taking piano lessons at age 9 — he would at age 19 (1939) prove precocious enough to study theory and composition at UCLA with Arnold Schoenberg, and then at 20 to become a pupil of Ernest Bloch at Berkeley.

Kim's studies were interrupted by the Second World War: he joined the Army to serve in its Intelligence service. After the war he composed his first works, which included the Bagatelles, for piano (1948-1950). Around this time he returned to Berkeley to study composition with Roger Sessions, graduating in 1952 with a master's degree. Later on, Kim acknowledged the influence of Schoenberg, Bloch, and Sessions on his music, but this imposing trio would not escape Kim's parodies of their music in his. He joined the faculty at Princeton in 1952, and it was during his years teaching there that he began work on his first Beckett setting — Exercises en route (1963-1970), for soprano, chamber ensemble, actors, and so on.

Kim left Princeton in 1967 for a teaching post at Harvard, where he remained until 1990. Some of his most important compositions date to the 1970s and early '80s: Eh Joe (1974), a teleplay, for female vocalist and chamber ensemble; Violin Concerto (1979), premiered by Itzhak Perlman; and his 1981 opera Footfalls. Kim was active in politics, particularly in the 1980s, co-founding Musicians Against Nuclear Arms in 1981 and serving as its president for four years. In 1990, the year he retired from Harvard, he also resigned as co-chairman of the music panel at the National Endowment of the Arts, but in protest of funding restrictions enacted by Congress that affected various NEA-financed artistic projects. After Kim's 1990 retirement he remained active in composition, producing such works as Dear Linda, for female vocalist and chamber ensemble (1992). Kim died of lung cancer on November 19, 1998, in Cambridge, MA. 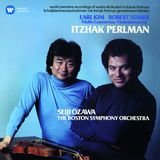 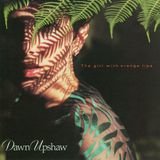 Where Grief Slumbers: Listen to it rain

Where Grief Slumbers: from Drunken Boat

Where Grief Slumbers: It's raining