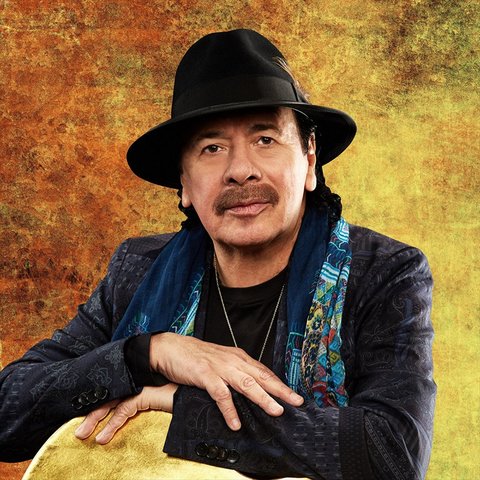 Because his pioneering Latin rock band shared his surname, it's easy to conflate Carlos Santana with Santana, especially since the guitarist functioned as the group's leader and spokesperson. Nevertheless, Carlos ventured outside of the confines of his namesake band to pursue adventurous collaborations with jazz musicians — his first non-band album, 1973's Love Devotion Surrender, was recorded with John McLaughlin and Mahavishnu Orchestra; his second was made with Alice Coltrane — in addition to smoother material, like the kind showcased on 1983's Havana Moon and 1987's Grammy-winning Blues for Salvador. Throughout these solo excursions, as well as his work with his band, one thing remained constant: Carlos' exceptional lead guitar work, characterized by its warm, saturated tone and fluid, lyrical phrasing.

Carlos Santana was born in Autlan de Navarro, Mexico on July 20 1947, learning to play violin when he was five, then picking up guitar three years later. His family migrated from his hometown to Tijuana, then moved to San Francisco in the early '60s; he joined his family in California a little after they made the journey north. As a teenager, he played guitar in rock & roll cover bands, gravitating toward blues by the mid-'60s.

Carlos formed the Santana Blues Band with guitarist keyboardist/singer Gregg Rolie in 1966. During the group's early days, the lineup was volatile, with the membership settling to Carlos, Rolie, bassist David Brown, drummer Bob "Doc" Livingston, and percussionist Marcus Malone in 1967, around which time the group lost the "Blues Band" from their name. Promoter Bill Graham discovered the band and booked Santana to play his Fillmore West on June 16, 1968. The band soon landed a deal with Columbia Records, which enlisted producer David Rubinson to capture the band playing the Fillmore West in December; these tapes were shelved until Columbia/Legacy issued them in 1997 as Live at the Fillmore 1968.

Prior to recording their first album in early 1969, Santana swapped Livingston and Malone for Michael Shrieve and Mike Carabello, adding percussionist Jose Chepito Areas as well. This incarnation recorded the group's eponymous debut, then set out on tour, where they had a career-making appearance at the Woodstock festival in August 1969. That was the same month Santana appeared in the record stores, and it was a swift success, climbing its way to number four on Billboard's album charts during the course of its two-year run on the charts. The album was assisted by Santana's show-stealing performance in 1970's Woodstock documentary and the single "Evil Ways," which peaked at number nine on Billboard's Hot 100 in 1970. In September of that year, Santana released Abraxas, which bested its predecessor: it peaked at number one, stayed on the charts for a year-and-a-half, and generated two major hits with "Black Magic Woman," which reached number four on Billboard, and "Oye Como Va," which peaked at 13.

The ranks of Santana expanded on 1971's Santana (commonly called Santana III) with guitarist Neil Schon joining the fold and percussionist Coke Escovedo replacing an ailing Jose Chepito Areas. Santana III became the third successive smash for the band, peaking at number one and generating a big hit with "Everybody's Everything," which reached number 12 on Billboard's Hot 100.

Santana III marked the end of the classic lineup of the band. Upon the conclusion of its supporting tour, the band broke up, with Carlos retaining the rights to the band name. He'd soon assemble a different version of the band featuring Rolie, Schon, and Areas, debuting this lineup on Caravanserai, a 1972 album that found the guitarist pushing forward into jazz. Although the album peaked at eight on Billboard and earned a Grammy nomination for Best Pop Instrumental Performance with Vocal Coloring, it slowed the band's commercial momentum, which did nothing to deter the guitarist's appetite for musical exploration. Soon, Carlos started dividing his time between his band and solo projects. First came Carlos Santana & Buddy Miles: Live!, an LP that captured performances from their joint tour of December 1971-April 1972. Next, he teamed with guitarist John McLaughlin and his fusion band the Mahavishnu Orchestra to record 1973's Love Devotion Surrender. This album was informed by Carlos' increased interest in spirituality. McLaughlin introduced him to his guru Sri Chinmoy and he soon became a disciple, adopting the name Devadip — meaning "the lamp, light and eye of God" — in the process. Along these lines, Carlos teamed with Alice Coltrane in 1974 for Illuminations, a jazz-fusion duet album. That same year, the Santana band released the triple-live album Lotus, recorded in Japan; over the years, its reputation grew, and it would eventually be reissued by Columbia/Legacy in a "complete edition" in 2017.

While he was expanding his musical and spiritual horizons, Carlos continued to keep his namesake band active; from this point forward, the membership was fluid, with musicians drifting in and out of the group on a regular basis. In 1973, a new lineup released Welcome, but its chart appearance illustrated how Caravanserai alienated some of the group's fans: it peaked at 25 on Billboard. Borboletta, released a year later, performed slightly better, reaching 20, but it was clear the band was in jeopardy of losing their audience, so Carlos decided to make 1976's Amigos a commercially minded project. Reuniting with producer David Rubinson, the man who'd helmed the band's initial hits, Santana sounded slick and direct on Amigos, and their gambit paid off: the album peaked at 10 on the Billboard charts. Rubinson and Santana swiftly delivered a sequel in the form of Festival, which performed respectably upon its January 1977 release. By the end of the year, the band issued Moonflower, which scattered studio cuts among live tracks; it peaked at ten, partially on the strength of a cover of the Zombies' "She's Not There," which peaked at 27 — their best showing on the Hot 100 since 1971.

Another oldies cover — "Stormy" by the Classics IV — was featured on 1978's Inner Secrets, an album which just scraped the Top 30.

Carlos released his first official solo album Oneness: Silver Dreams Golden Reality in March 1979; the jazz-influenced album was billed to Devadip. Later that year, the Santana band returned with Marathon, a more commercial-oriented effort produced by Keith Olsen which featured the single "You Know That I Love You." Shortly afterward, Carlos released the solo album The Swing of Delight, a collaboration with Rubinson that was billed to Devadip Carlos Santana.

Following this prolific decade and a half, Santana started to slow their studio output in the '80s. The band didn't return with a new album until 1985, when Beyond Appearances arrived in February of that year; its single "Say it Again" topped out at 45, five rungs higher than 50 that was the album's peak showing. Santana celebrated their 20th anniversary with a concert in 1986, but 1987's Freedom didn't make much of an impact on the charts, peaking at 95. Carlos went solo in 1987 with Blues for Salvador, an album that snagged him his first Grammy Award for its title track (Best Rock Instrumental Performance). A lavish box-set retrospective called Viva Santana! appeared in 1988 — it'd be certified Gold — and the Santana band returned in 1990 with Spirits Dancing in the Flesh, which turned out to be their last album for their longtime home Columbia Records.

Santana signed with Polydor for 1992's Milagro but the album failed to generate much attention, peaking at 1992. A year later, the group released Sacred Fire: Live in South America, which peaked at 181 on Billboard's Top 200. In 1994, Carlos teamed with his brother Jorge and his nephew, Carlos Hernandez, for the Santana Brothers album; it scraped the Top 200, reaching 191. While Carlos worked with his brother, Rolie, Areas, and Carabello formed a separate group called Abraxas Pool, releasing the Abraxas Pool album in 1994.

For the rest of the '90s, Santana drifted every closer to the oldies circuit, but their fortunes were revived when their old supporter Clive Davis signed the group to Arista in 1998. Davis designed a star-studded comeback for the band that took the form of Supernatural, a 1999 album that exceeded any possible expectations. Thanks to the single "Smooth," a song featuring Matchbox Twenty singer Rob Thomas (who also co-wrote the tune), Supernatural became an international blockbuster, topping the charts throughout the world, earning a coveted Diamond certification in the U.S. and winning eight Grammy Awards, including Record of the Year and Album of the Year. Supernatural produced another number one single in the form of "Maria Maria," which featured Wyclef Jean and the G&B Product, but it was "Smooth" that kept Supernatural on the top of the charts for 12 weeks. Santana delivered Shaman, their Supernatural sequel, in 2002. Thanks to the hit single "The Game of Love" — a song co-written by Gregg Alexander of the New Radicals and sung by Michelle Branch that peaked at five and won the Grammy for Best Pop Collaboration with Vocals — the album was another cross-demographic hit, peaking at number one on Billboard and earning double platinum certification by the RIAA.

Arriving in 2005, All That I Am debuted at two on Billboard, but effectively brought Santana's revival as hitmakers to an end; its lead single, "I'm Feeling You" — which one again featured Michelle Branch on vocals — topped out at 55. Even though there were no hit singles forthcoming, Santana remained a fixture in pop and rock culture. In 2010, they released Guitar Heaven, a collection of classic rock covers featuring guest vocalists; debuting at five on Billboard, it turned out to be their last album for Arista.

Shape Shifter, the band's 2012 album, was their first not to feature guests since Milagro. Released on their Sony-distributed imprint Starfaith, the largely instrumental album peaked at 16 upon its release. Santana returned to duets for 2014's Corazon, an album the spotlighted Latin music and featured appearances by Pitbull, Gloria Estefan, Los Fabulosos Cadillacs, and Juanes.

Carlos reunited most of the Santana III lineup featuring Rolie, Schon, Shrieve, and Carabello for Santana IV, an album released in April 2016. The next year, the band released Power of Peace, a collaborative album with the Isley Brothers. It was Santana's last album for Sony.

Santana signed with Concord in 2018. The first release in the contract was the Narada Michael Walden-produced EP In Search of the Mona Lisa, which appeared in January 2019. ~ Stephen Thomas Erlewine 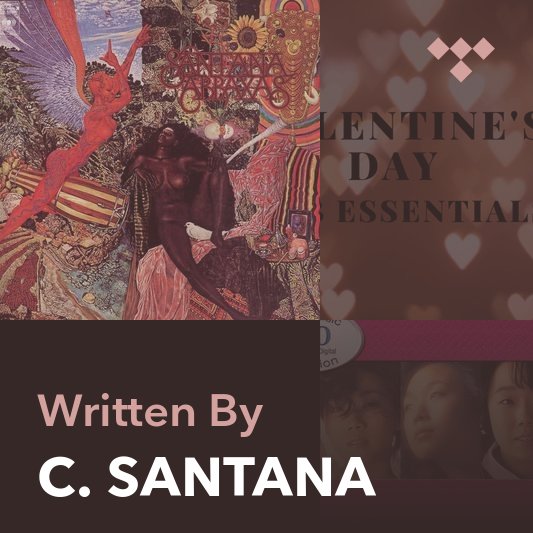 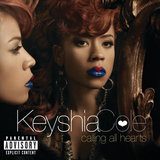 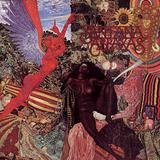 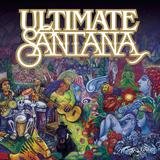 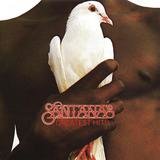