A graceful, bop-influenced vibraphonist most associated with George Shearing, Charlie Shoemake has been the victim of underexposure for much of his long career. Born in Houston on July 27, 1937, Shoemake started out as a pianist, and moved to Los Angeles in 1956 seeking a career in music. To make ends meet, he became a session musician, as did his wife, vocalist Sandi Shoemake, who would later accompany him on numerous albums. Shoemake had experimented with the vibraphone in high school, and under the influence of Victor Feldman, he began to pursue the instrument in earnest during the early '60s. Not only was it a boost to his session career, but he also had the opportunity to work for composers like Lalo Schifrin and Quincy Jones. In 1966, Shoemake was hired by George Shearing as an emergency touring replacement; he wound up staying with the group until 1973. Seeking a way to be home with his family, Shoemake opened a school for jazz improvisation in Los Angeles, a successful enterprise that lasted until 1990. In 1978, he led his first recording date, Sunstroke, for the Muse label; a series of generally high-quality albums followed over the course of the '80s, most for Discovery and Chase Music Group. In 1990, Shoemake closed his school, took some time off of recording, and retired to the central California coastal town of Cambria. He re-emerged in 1998 with several more albums for Chase, which maintained the advanced musicianship of his earlier work. ~ Steve Huey 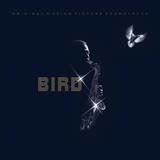