Best known for his successful marketing of the political rap group Public Enemy, Bill Stephney was an important figure of the 1980s and early '90s hip-hop world. Beginning his career as a musician, Stephney played a variety of instruments including trumpet, drums, violin, guitar and bass before switching over to deejaying in the late '70s. While attending Aldelphi University in the early '80s Stephney met fellow student Chuck D. After forming his own popular radio show, the Mr. Bill Show, that brought the latest rap records to the station's audience, Stephney left the show to work at the College Music Journal. While there he established the journal's first hip-hop column, Beat Box, and attracted the attention of Def Jam Records co-owner Rick Rubin, who approached Stephney in 1986, offering the writer a position at Def Jam. Stephney's first assignment was to sign a reluctant Chuck D who was convinced by Stephney to head the first political rap group, Public Enemy. Stephney produced the group's first album, Yo! Bum Rush the Show, playing guitar and bass on the record as well. In 1989 the talented executive left Def Jam to set up the SOUL label with Hank Shocklee. In 1992 Stephney abandoned SOUL to form his own venture, Stepson Music Entertainment, as a joint venture with Tommy Boy Records. ~ Steve Kurutz 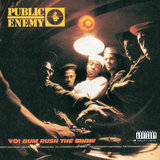 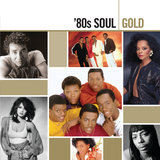 You're Gonna Get Yours